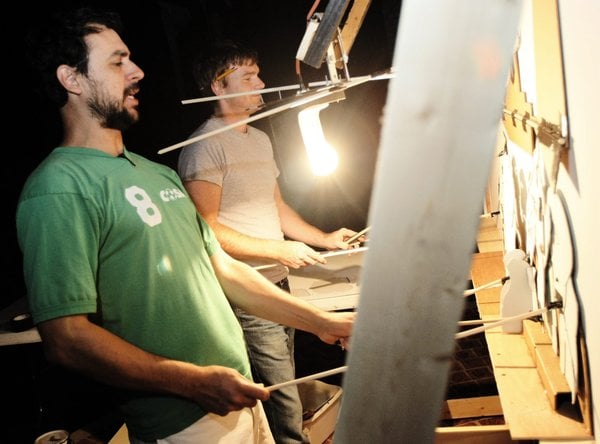 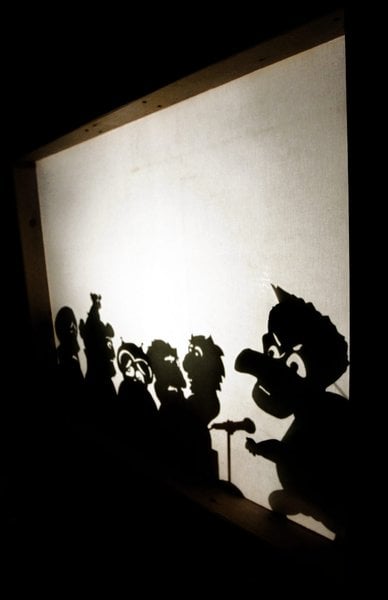 If you've ever seen a show at the Nightingale Theater, the chance that you'll be prepared for the next is still very slim.

John Cruncleton, for example, has displayed his skills at creating and breathing life into shadow puppetry, but no two shows are ever alike.

He's never done a show called "Government Death Cheese," the first commissioned work Midwestern Theater Troupe at the Nightingale has ever put together.

Sponsored by Grace Hospice, which provides end-of-life care to patients and support to patients' families, the puppet show is the first of two parts in which Cruncleton and the troupe will perform, exploring the theme of death. The second part of the "Grace Project" will be a live show in January more closely akin to the 50Swats performances filled with monologues and short scene work.

Bawdy, raucous and timely, "Government Death Cheese: A Decomposition on Dying American" is a satire on how "the typical American citizen reacts to the health care (reform) plan," Cruncleton said.

That reaction, if there was any doubt, is opposition and belligerence toward proposed ideas to reform the system.

That typical citizen, in this case, is named Fuzzpot, who gets in a heated rant over the subject and has a stroke, forcing him into a hospital. There, he is confronted with end-of-life issues and the mysterious "death panels" that have been spoken about by some politicians and pundits in real life.

For such a loaded subject, "Government Death Cheese" keeps it rather on the light side of the debate. The play is also thoughtful of its theme, he said, though the hospice organization placed no limits on what the group could do.

"I was pretty straight with what we would do with a theme like death," Cruncleton said. "There was plenty of communication up front and no concerns or hesitation. He (Odis Eversole, executive director of Grace Hospice) wouldn't have contacted us to do it if he didn't want us to do our own thing."