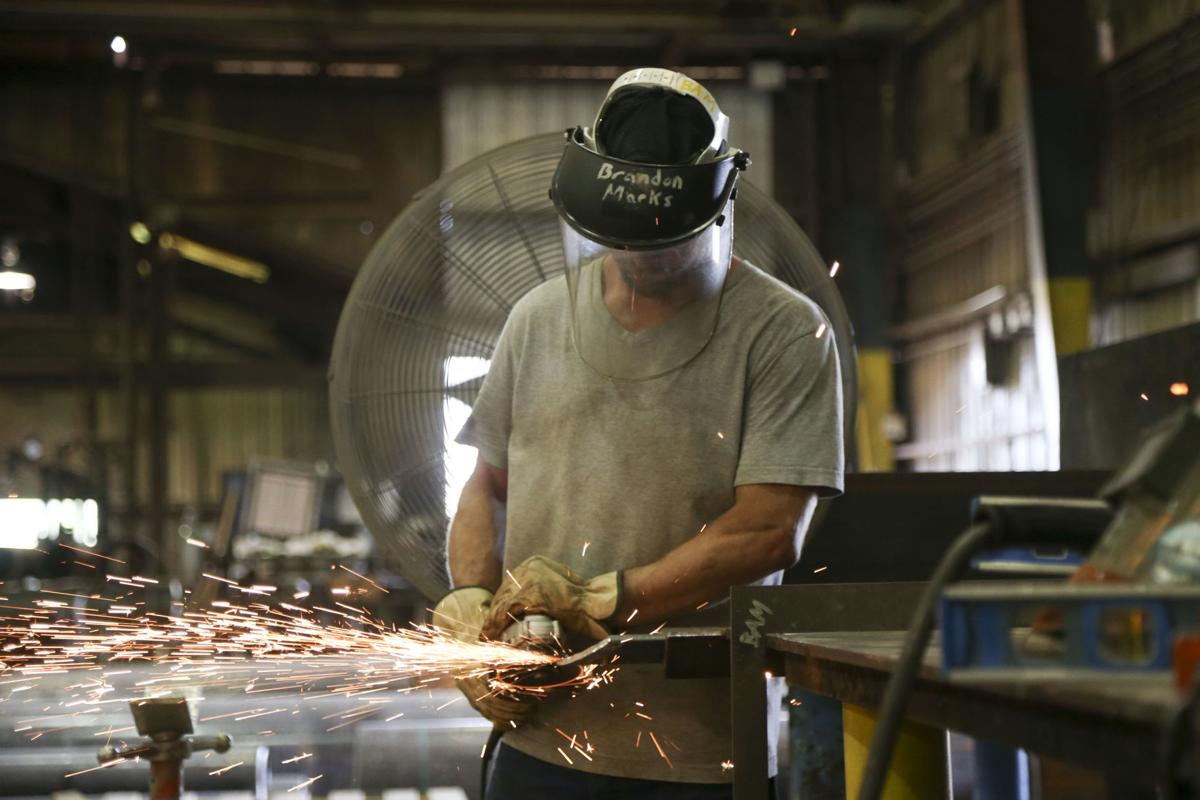 Brandon Marks of Sand Springs grinds down a piece of metal for a pipe at Big Elk Energy Systems in Tulsa in 2018. IAN MAULE/Tulsa World file 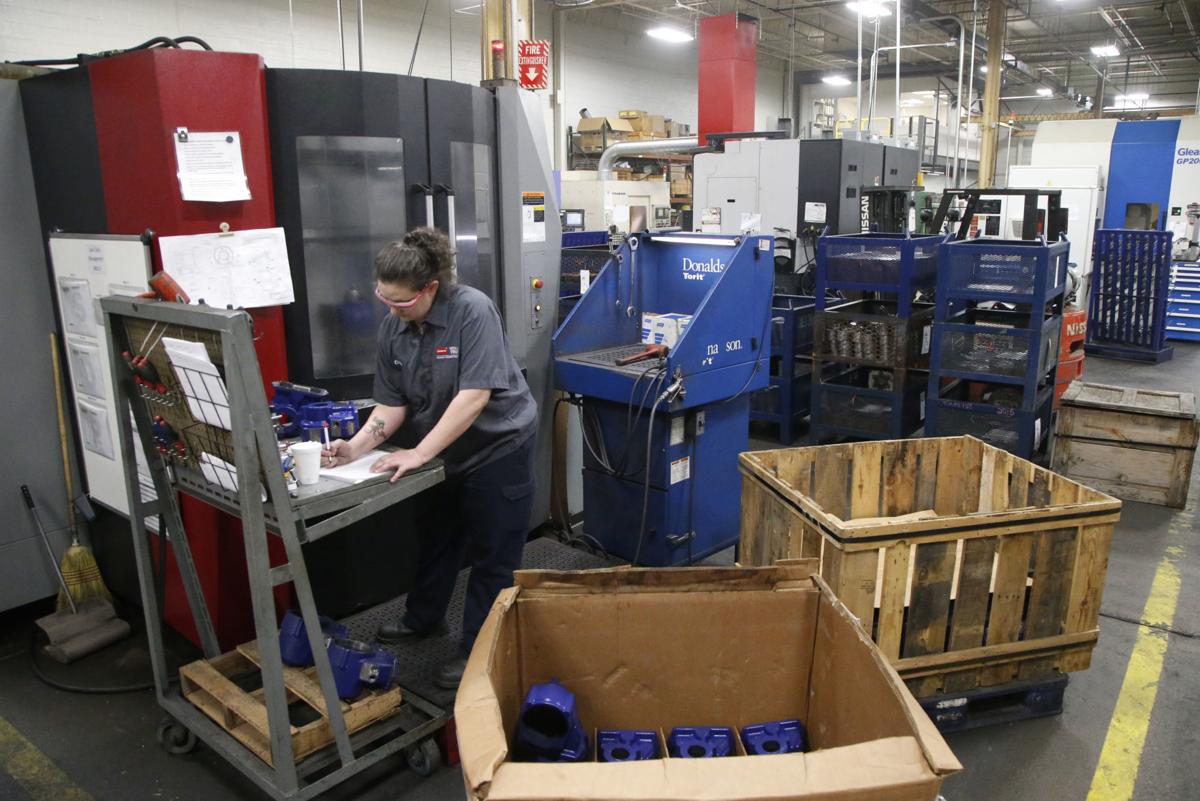 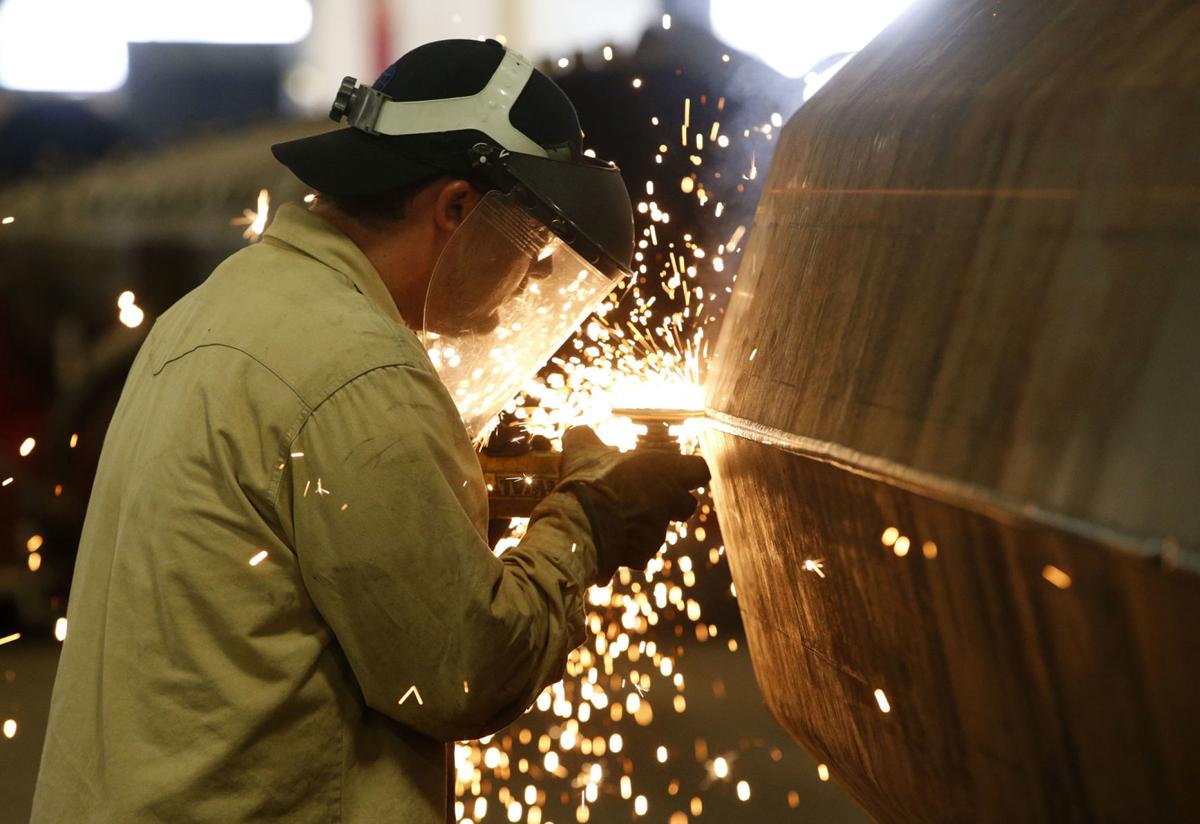 A Pelco Structural welder in Claremore works on a power pole for a wind farm. MATT BARNARD/Tulsa World file

Brandon Marks of Sand Springs grinds down a piece of metal for a pipe at Big Elk Energy Systems in Tulsa in 2018. IAN MAULE/Tulsa World file

A Pelco Structural welder in Claremore works on a power pole for a wind farm. MATT BARNARD/Tulsa World file

Correction: This story originally had an incorrect description of the labor participation rate. It has been corrected.

Of all the state statistics hurtled at Sean Kouplen, Oklahoma Secretary of Commerce and Workforce Development, two in particular make him cringe.

The first is that the state has 147,500 unfilled jobs, and the second is that Oklahoma’s labor participation rate (61%) is among the 10 worst in the country, according to the U.S. Bureau of Labor Statistics.

“That is very, very low,” said Kouplen, chairman and CEO of Regent Bank. “That is what’s driving this issue. Our entire focus has been around how do we fill these 147,500 jobs and how do we help these individuals that are largely on welfare or incarcerated or have drug problems. How do we help them become gainfully employed? It’s a win all the way around.”

To get to that point, a state committee has been working since January to formulate what Kouplen calls a “revolutionary plan to change the game in Oklahoma.”

It is called “Oklahoma Works Together,” a framework led by Oklahoma Workforce Committee Chair David Stewart, trustee and CEO of the Oklahoma Ordnance Works Authority, which operates the 9,000-acre MidAmerica Industrial Park near Pryor.

The committee has compiled a number of strategies and recommendations designed to streamline connectivity between employer and employee.

“These strategies are all the result of the work and what I learned out here at MidAmerica,” Stewart says. “When I started at MidAmerica, I thought, ‘OK, we have land. We have water. We have everything we need. We can go out and sell and get companies to move out here.’

“It wasn’t that easy. Workforce became an issue. … I figured out long-term that if I didn’t have workers, I couldn’t have companies.”

Oklahoma’s high incarceration rate, which leads the nation, makes people less employable when they are released from prison, according to the Oklahoma Office of Workforce Development (OOWD). Also, Oklahoma has a low rate of positive health outcomes in many diseases, including heart disease, diabetes, liver disease, lung disease and cancer, leading to lower workforce participation, according to the Centers for Disease Control and Prevention.

To better train potential employees, Oklahoma Works Together wants to establish statewide industry councils in critical labor deficient areas such as engineering, nursing, IT and rural medicine and create centralized institutions of learning.

“Those institutions that provide us with our best bang for our buck and help us fill these needs,” Kouplen said. “They will be deemed Centers of Excellence, and they will receive additional funding from the state.

“One of our goals is to absolutely connect industry with education like never before. In some instances, we are simply not producing what industry says it needs. This will tie those together.”

Key occupations with the largest gap between annual job openings and the people completing the required education and training include truck drivers, plumbers, pipe fitters and steamfitters and industrial machinery mechanics, according to the Oklahoma Office of Workforce Development.

“This is going to represent the best-in-class training that can be in the industries within Oklahoma,” Stewart said of the Centers of Excellence. “... We’re going to move the pieces around so that we’re more efficient. We’re using resources that exist and putting those all together to make this thing work.

“The incremental cost is an incentive that has not been worked out right now. But there’s going to be probably a 5:1 or a 3:1 ratio that says you have to provide this many dollars in order to get additional dollars. It’s not just free money.”

The workforce committee also wants to generate a single point of contact for prospective employees, Kouplen says. The state has an existing website called okjobmatch.com, but only 23,000 of the 147,500 jobs available have been posted, he said. It will strive to better market the site and make it easier to use, Kouplen says.

Enhanced branding is another goal of the new state workforce model. Kouplen admires the efforts of the George Kaiser Family Foundation and wonders whether GKFF’s Tulsa Remote program could be mirrored at the government level. Launched in late 2018, Tulsa Remote offered people $10,000 to relocate to the city for one year, and thus far it has lured at least 70 new workers to town.

Oklahoma Works Together is coinciding with the recent announcement that the administrative entity of the OOWD will transition from OSU-OKC to the Oklahoma Department of Commerce, effective Jan. 1. Heading OOWD will be executive director Don Morris, a 27-year human resources executive who most recently worked for Hillcrest Healthcare System in Tulsa.

“The commerce side of me is excited because it’s going to help our companies stay here and grow,” Kouplen said of the Oklahoma Works framework. “That’s my job. The kind of humanitarian side of me says this is so great because we can help people change their lives.”

“It is daunting. But we have people to do the job. We just needed a spotlight on it. We need to put resources toward it.”

Stewart, who calls the goals “very achievable,” said the committee’s next step is to make detailed recommendations on strategies by the end of the year, determine the cost of initiatives and how to attack them.

“It can happen in this (legislative) session if everybody agrees that that’s a priority,” he says. “If they don’t, then they don’t. Our work is to make a recommendation that is sound and based on principles that make sense.

“The intent is to have credibility, make focused recommendations that can have big impact and start moving the needle.”

Oklahoma labor at a glance

• At 3.2%, Oklahoma's unemployment rate is among the lowest in the nation, challenging companies' ability to find workers.