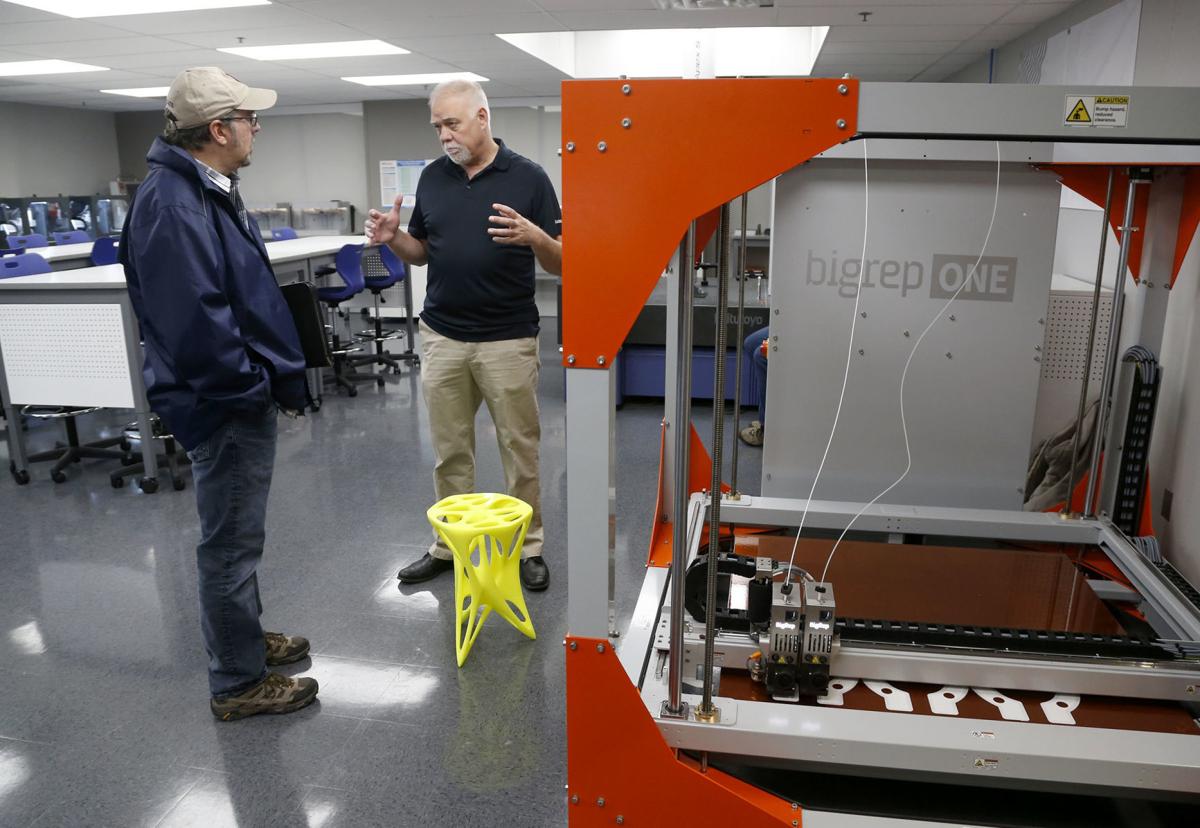 John McClure listens to Rob Manwell talk about the training at the MidAmerica Industrial Park during the grand opening for the Center of Excellence on Tuesday in Pryor, OK, Feb. 25, 2020. STEPHEN PINGRY/Tulsa World 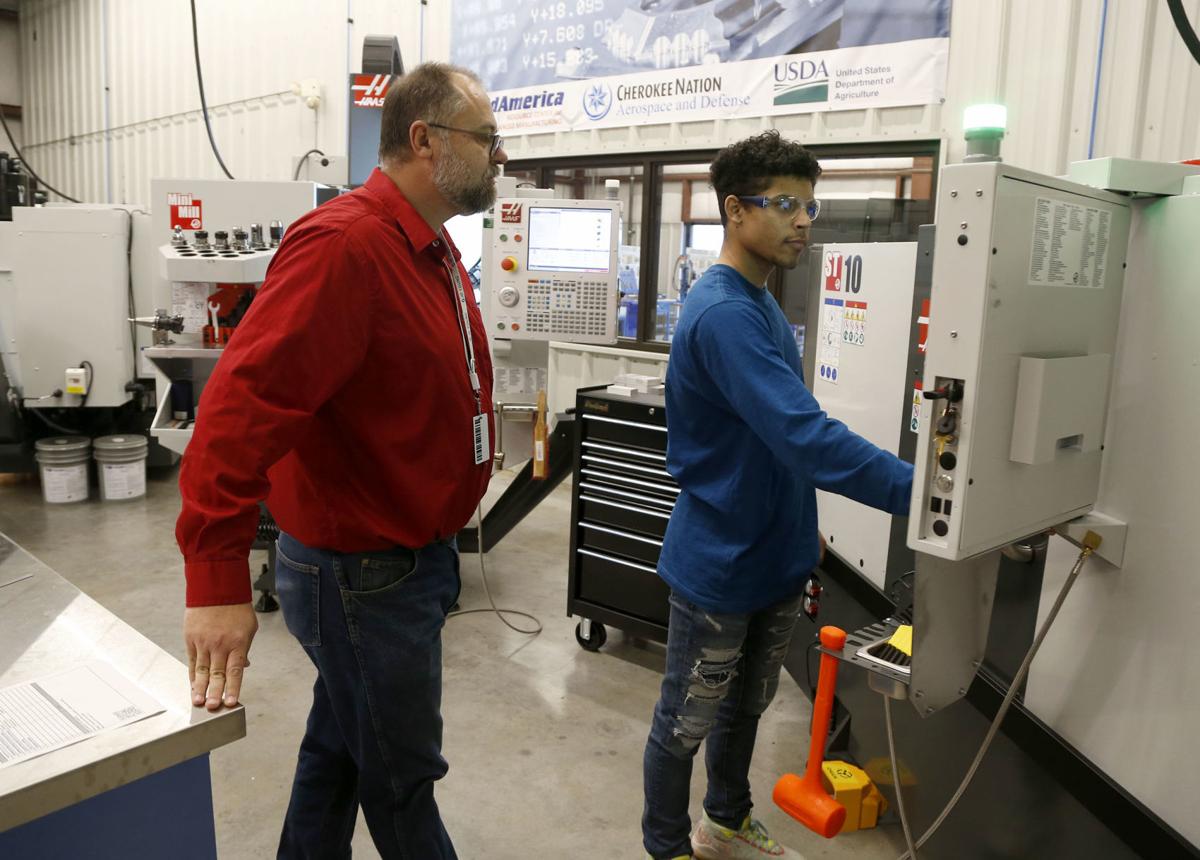 John McClure listens to Rob Manwell talk about the training at the MidAmerica Industrial Park during the grand opening for the Center of Excellence on Tuesday in Pryor, OK, Feb. 25, 2020. STEPHEN PINGRY/Tulsa World

It believes its Center of Excellence could accomplish just that.

MAIP on Tuesday celebrated the opening of the 25,000-square-foot center, which will be dedicated to technology, training and career opportunities.

“All of these programs have to be aligned and work together in a way that the company sees value,” said Dave Stewart, MAIP’s chief administrative officer. “That’s what this is all about it. I look at it from a CEO’s perspective. What I want is an employee who is trained that can make me money. That’s our goal.

MAIP began as a U.S. government site that made black powder during World War II. That plant shut down in 1945, and 15 years later, a public trust called the Oklahoma Ordnance Works Authority (OOWA) was formed to encourage economic growth and create jobs.

Operator of MAIP, OOWA derives its revenues from the operation of a water plant, waste treatment plant, the sale or lease of authority properties, interest earned on investment holdings and, at certain times, loans made to industrial park tenants.

Today, MAIP is home to about 80 companies, 30% of which represent the metal, machining and manufacturing sectors. The park has grown 3% to 4% over the past five to six years, Stewart said. Among the Fortune 500 companies residing on the grounds are Google, whose presence has transformed the park, the local school system and the area.

The Center of Excellence is a refurbishing of the former OSU Institute of Technology Training Center, which closed in December 2018. Tenants in the new center include Action Group Staffing, Northeast Technology Centers, Cherokee Nation Aerospace and Defense, Pryor High School’s Advanced Manufacturing Program and the Mayes County FIRST Robotics Team.

“It’s consortium-based,” Stewart said of the center. “It’s alignment, using existing programs efficiently and then adding on top of that specific elements of the workforce program that address a company’s need.”

A major reason employers decide to expand or relocate is the access to talented, skilled labor. The center will have technology and equipment to support education and training. MAIP officials say about 60% of area high school students do not attend a four-year college.

“We want high school kids to get plugged into these programs to develop those technical skill sets and also become aware of career opportunities that exist at the park for them,” said Scott Fry, MAIP director of workforce development. “We put together a multitenant approach, so we’re really trying to leverage the expertise of our partners, whether that’s career placement, whether that’s training or whether that’s technology access.”

MidAmerica partnered with Cherokee Nation Aerospace and Defense in the installation of an advanced manufacturing program, which will offer MAIP companies access for research and development, as well as product development. Among the equipment at their disposal will be CNC (computer numerical control) machines, a plasma cutter and a large-format 3D printer.

“For us, this was kind of a no-brainer,” said Chris Moody, president of Cherokee Nation Businesses Aerospace and Defense. “We have a two-part mission within our Cherokee Nation Businesses engineering and manufacturing group. Those two parts are first, to provide quality products and services to the war fighter and support our Department of Defense.

“Second is to help grow the economy and job opportunities, primarily for Cherokee Nation citizens but also for the 14 counties. With this training center, it helps us accomplish both parts of our mission.”