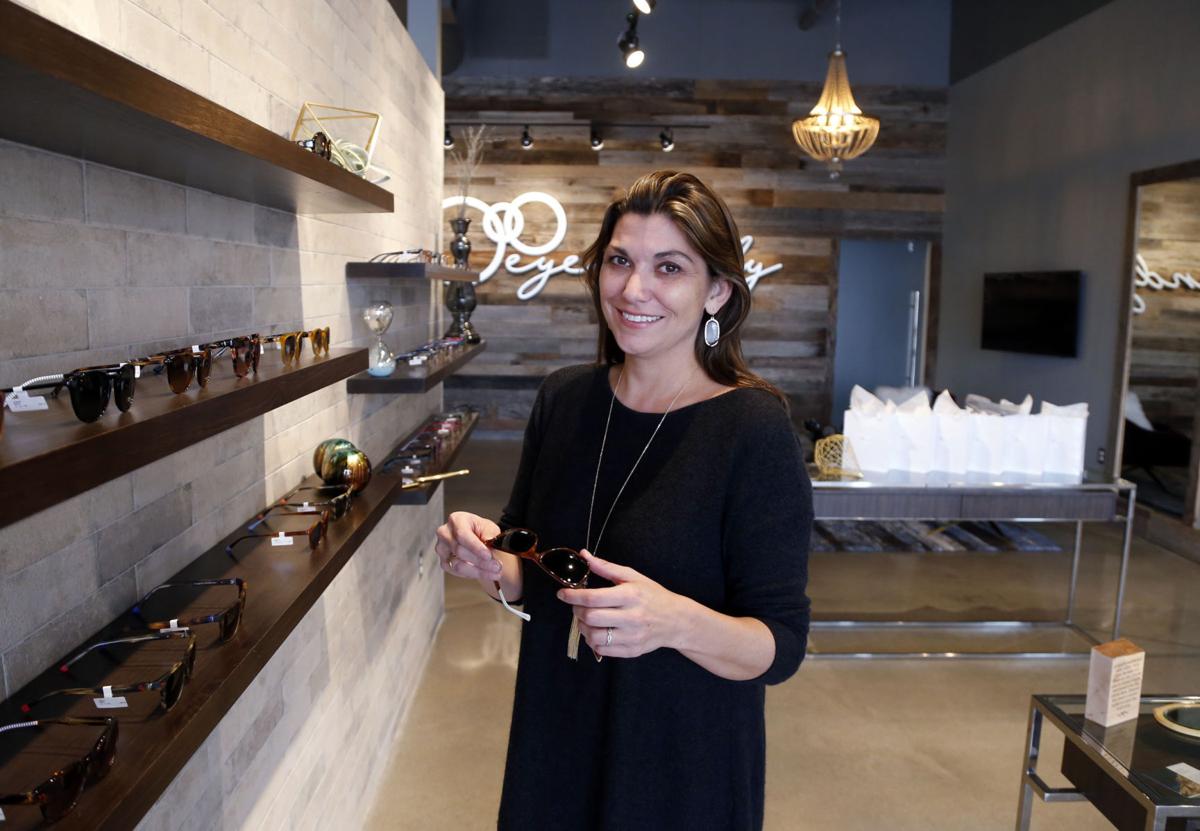 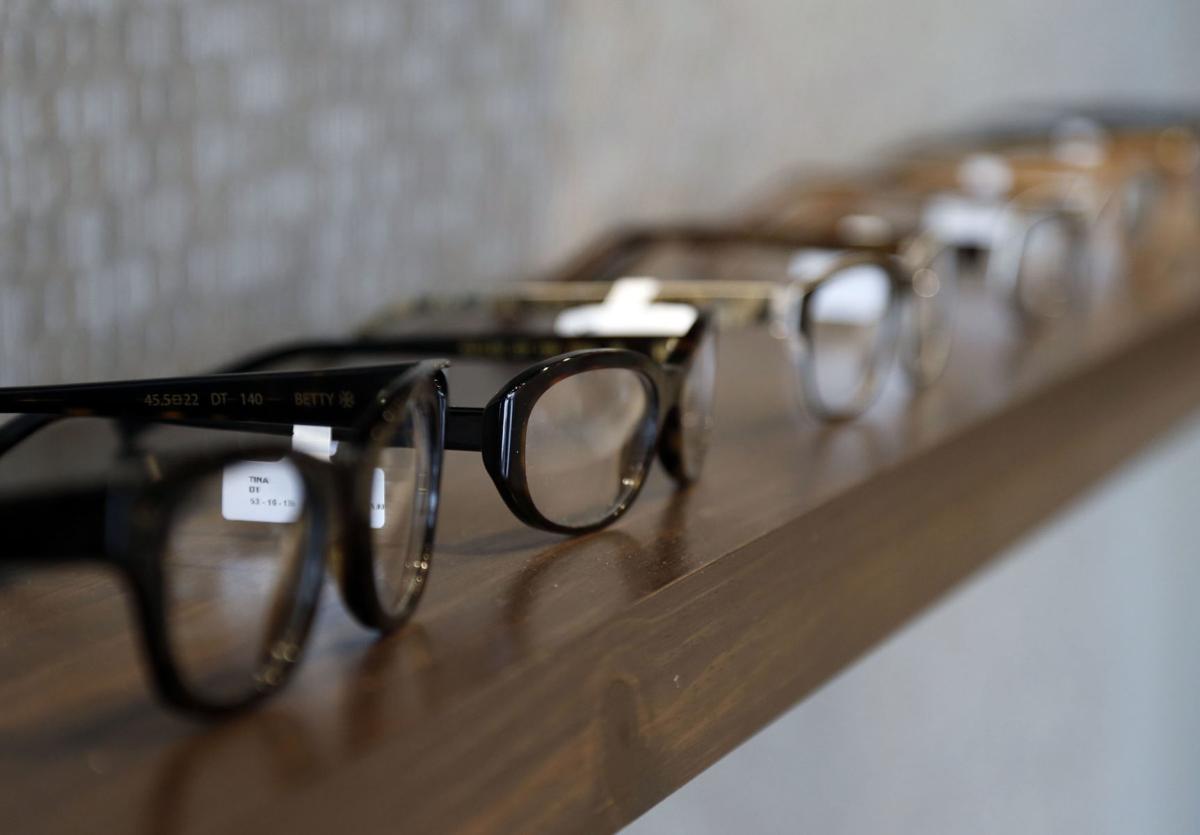 Eyeglasses for sale are displayed at a store in Tulsa. STEPHEN PINGRY/Tulsa World file 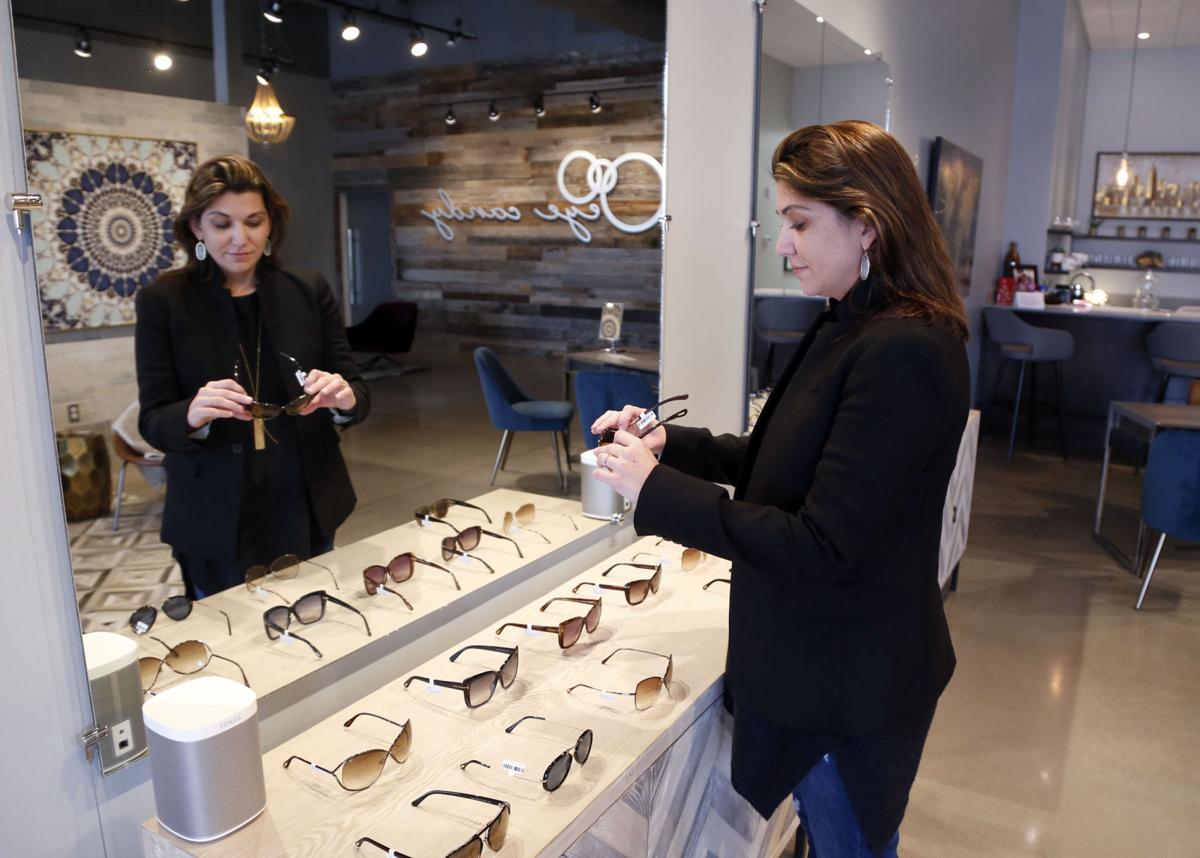 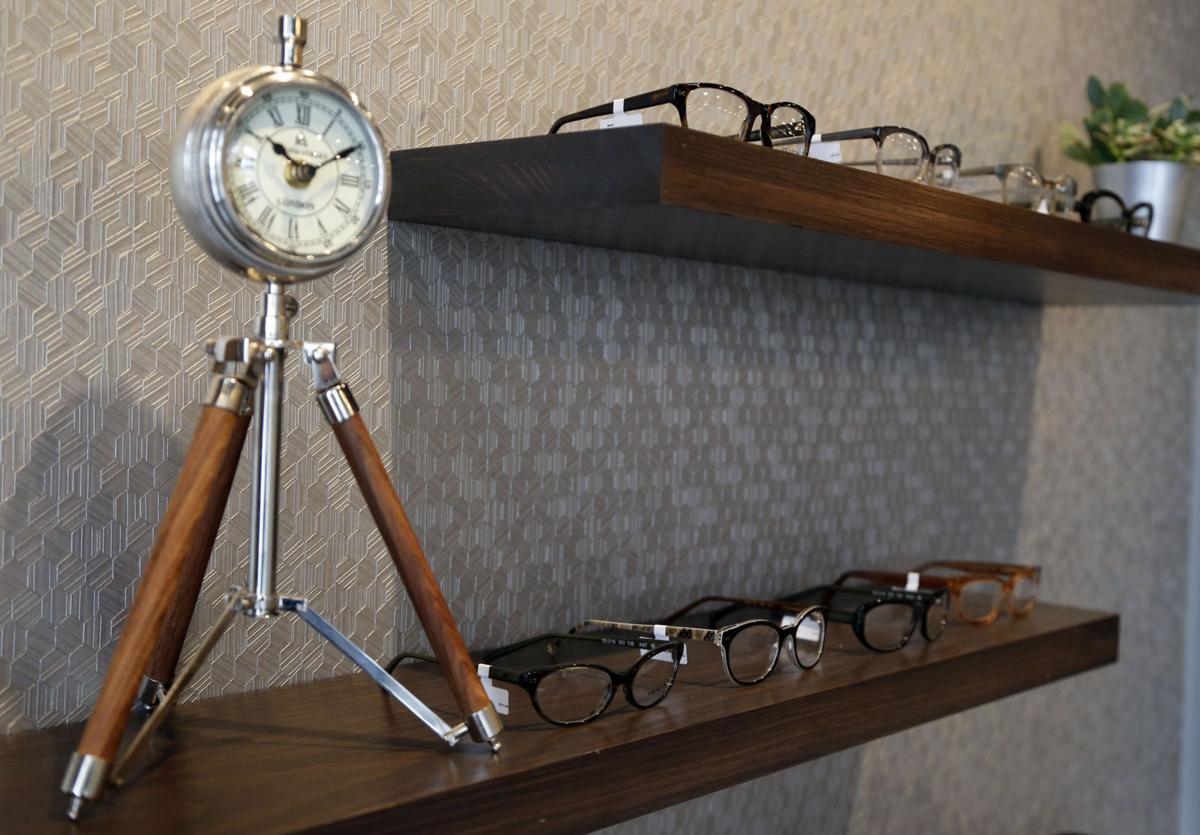 Gretchen Denslow said she doesn’t restock some of the frames at Eye Candy Eyewear after they are made up for clients so “there’s nobody else in Tulsa that has the same glasses.” STEPHEN PINGRY/Tulsa World

Eyeglasses for sale are displayed at a store in Tulsa. STEPHEN PINGRY/Tulsa World file

Gretchen Denslow said she doesn’t restock some of the frames at Eye Candy Eyewear after they are made up for clients so “there’s nobody else in Tulsa that has the same glasses.” STEPHEN PINGRY/Tulsa World

When the name “Eye Candy” popped into her head, Gretchen Denslow said that it was like a light shone down.

The founder of Eye Candy Eyewear said she had been thinking for months and months about what to name her new south Tulsa optical shop, but nothing sounded right. Then one day “Eye Candy” leapt into her brain.

“It was like I hit the mother lode,” Denslow said. “I was so excited.”

The optical shop, located in The Vineyard on Memorial shopping center, opened Nov. 26. Denslow said the shop carries unique brands that can’t be found anywhere else in Oklahoma and offers patrons a relaxed environment to shop where they can come in, sit down, have an espresso and find what’s right for them.

“Tom Ford and Prada are the only name brands we have — everything else is independent,” Denslow said. “We’ve been letting people buy a pair of glasses, and then we don’t restock them, so that there’s nobody else in Tulsa that has the same glasses.”

Eye Candy also has an optometrist and optician on staff — they can take care of customers from “stem to stern,” Denslow said.

Denslow said she had always wondered about what it would be like to have her own shop of some kind, but “never in a million years” thought it would actually happen. She worked for about a decade as a medical malpractice defense lawyer but found the profession unfulfilling.

She left that career in the late 2000s to become a stay-at-home mom, but always knew that one day she would want to go back to work. Her father, Gary Denslow, an ophthalmologist, suggested she draw on his knowledge of the eye care profession and combine it with her own love for design to start an optical shop.

For several years the timing wasn’t right, but when Gretchen Denslow went to a vision expo and trade show in New York City this spring, she said, everything seemed to come together.

For others who want to make a career change, Denslow recommends thinking about using the skills they already have in different ways.

“If you’re in a career that makes you so miserable that you hate going to work every day — and not a job, a career — then consider finding other avenues through it,” Denslow said. “You don’t necessarily have to totally change your job or your career, you can find another way to use what you know and branch out from there. You don’t necessarily have to quit and go and start a business, because that doesn’t work for most people.”

Rick Christensen, director of the career transition practice at Career Development Partners, said that reflecting on transferable skills is a key for people thinking about changing professions — identify the skills you possess and how they would apply to different professions.

The Tulsa-based career consultant has worked with many going through professional transitions, some opting to go the self-employment route and others electing to make a change while staying in the corporate world.

Many of those shifts have been pretty drastic — for example, Christensen said that he worked with one accountant who decided to enter a career in youth sports programming.

Christensen said he went through a profession change about 25 years ago when he left a career in human resources; but he didn’t go about it in nearly as structured a path as he would recommend others take.

“I think the first thing for them to do is think about why they want to make a change,” Christensen said. “There can be any number of reasons: Are they just trying to get away from a situation they aren’t happy in, or have they found a new calling?”

It’s also important to consider what additional education requirements and changed economic realities a new career could bring, he said.

Once they decide they’re interested in something, it’s time to start interviewing people in that profession about what it’s really like and to make connections. A resume with no relevant experience won’t back you up for an opening in a new field, but personal relationships you’ve fostered will make a difference, he said. So will related volunteer work.

“It gives you job experience,” Christensen said. “And it puts you in the company of people that might be hiring.”

Denslow said that she’s in a very blessed situation because she has the support of her husband and father. If she were still a single mom, she said would still be practicing law, but in a different way — maybe by doing legal work for a school or contract law.

“I wouldn’t throw it all away, I would just find another way to use what I know,” Denslow said.