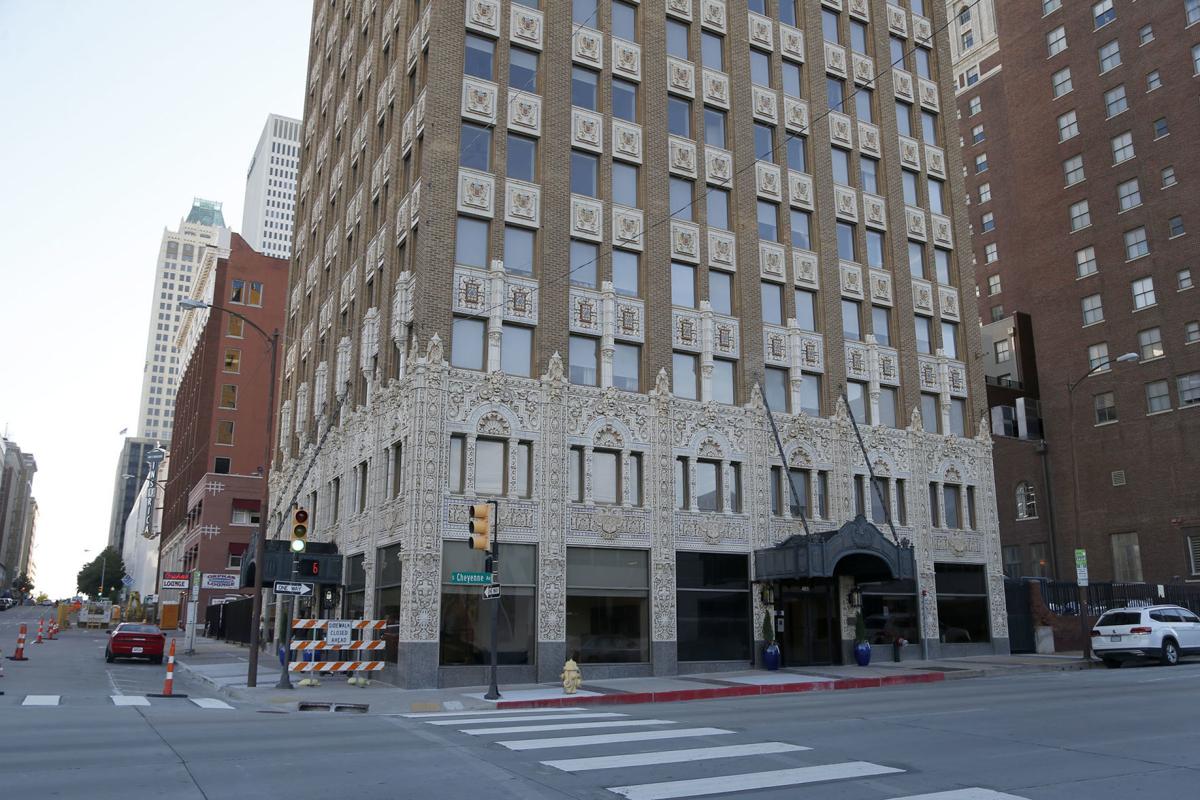 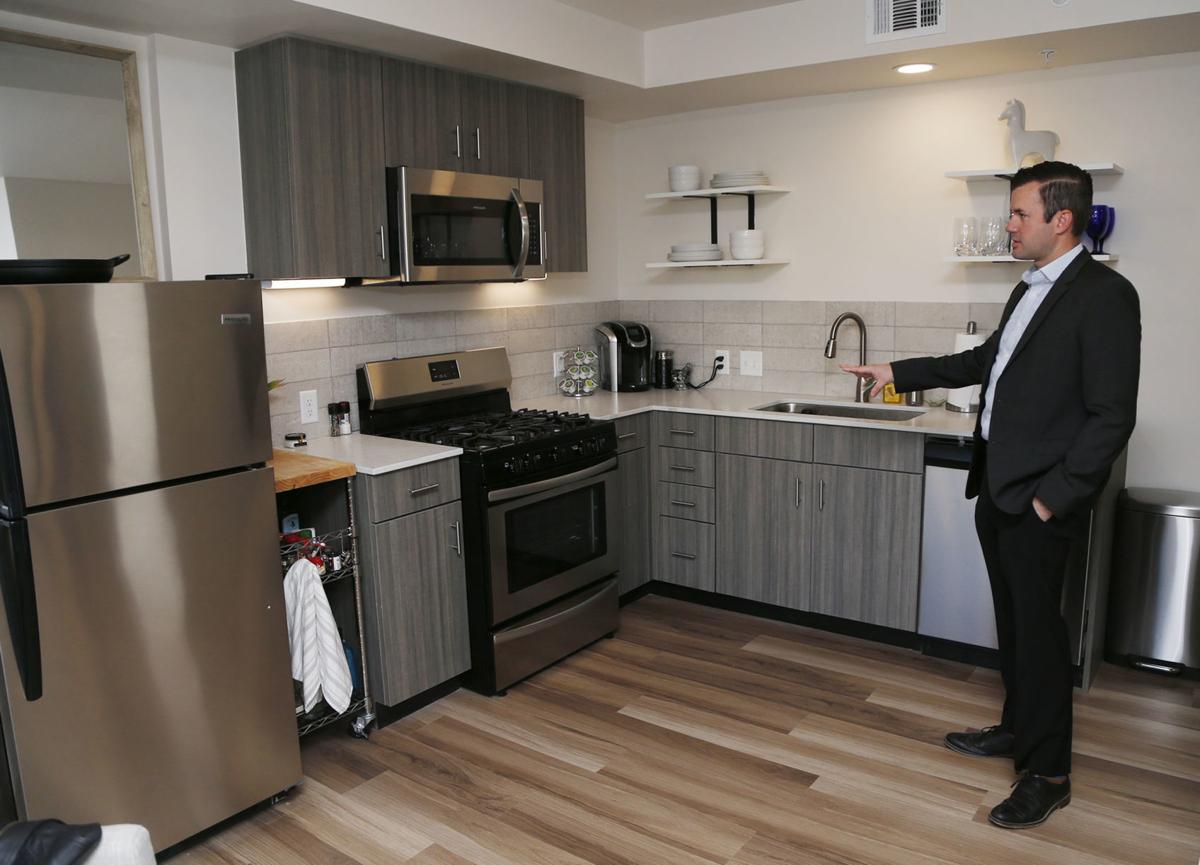 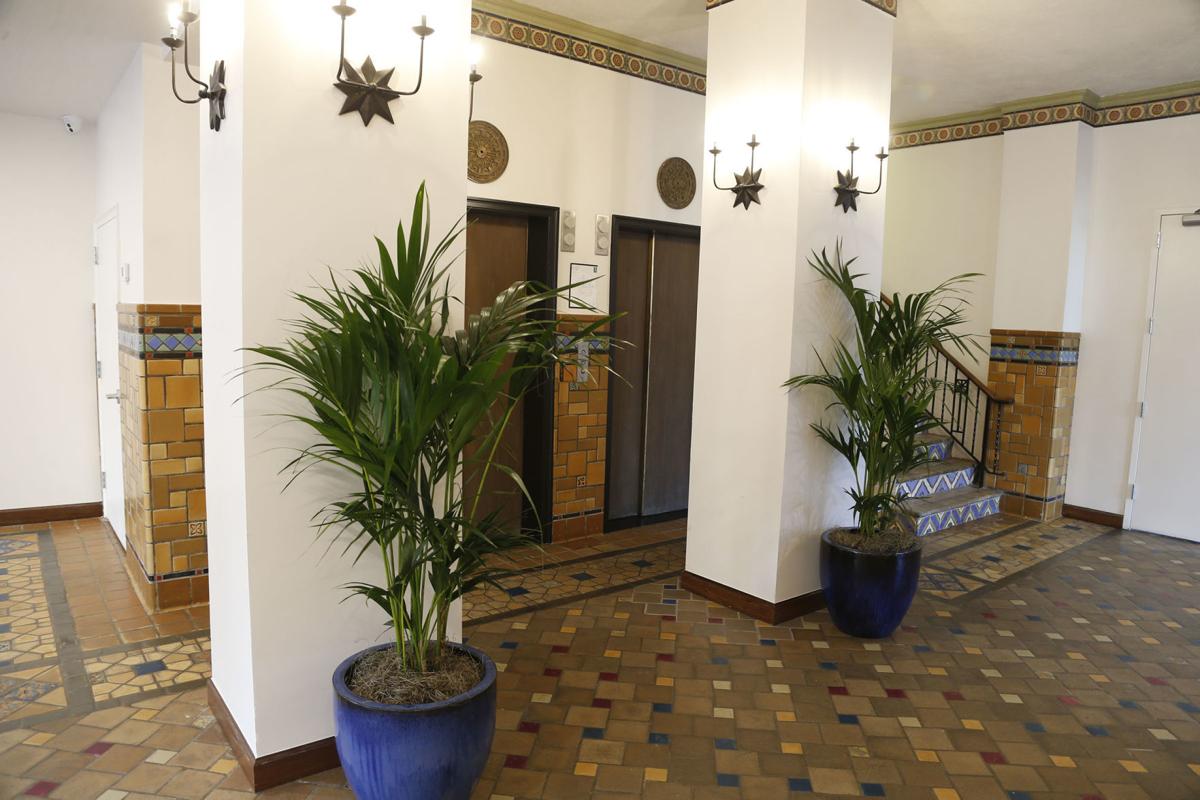 The lobby of The Adams Apartments features the original terra cotta tile from the 1928 structure. STEPHEN PINGRY/Tulsa World 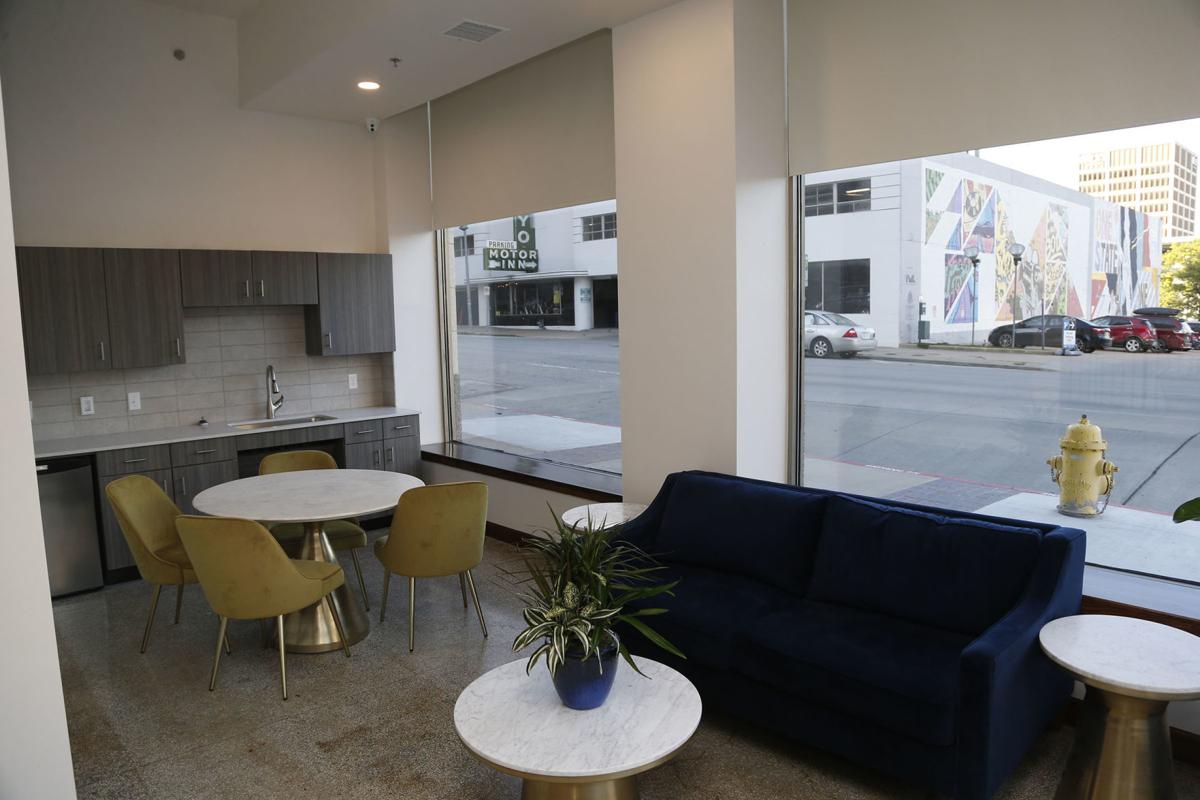 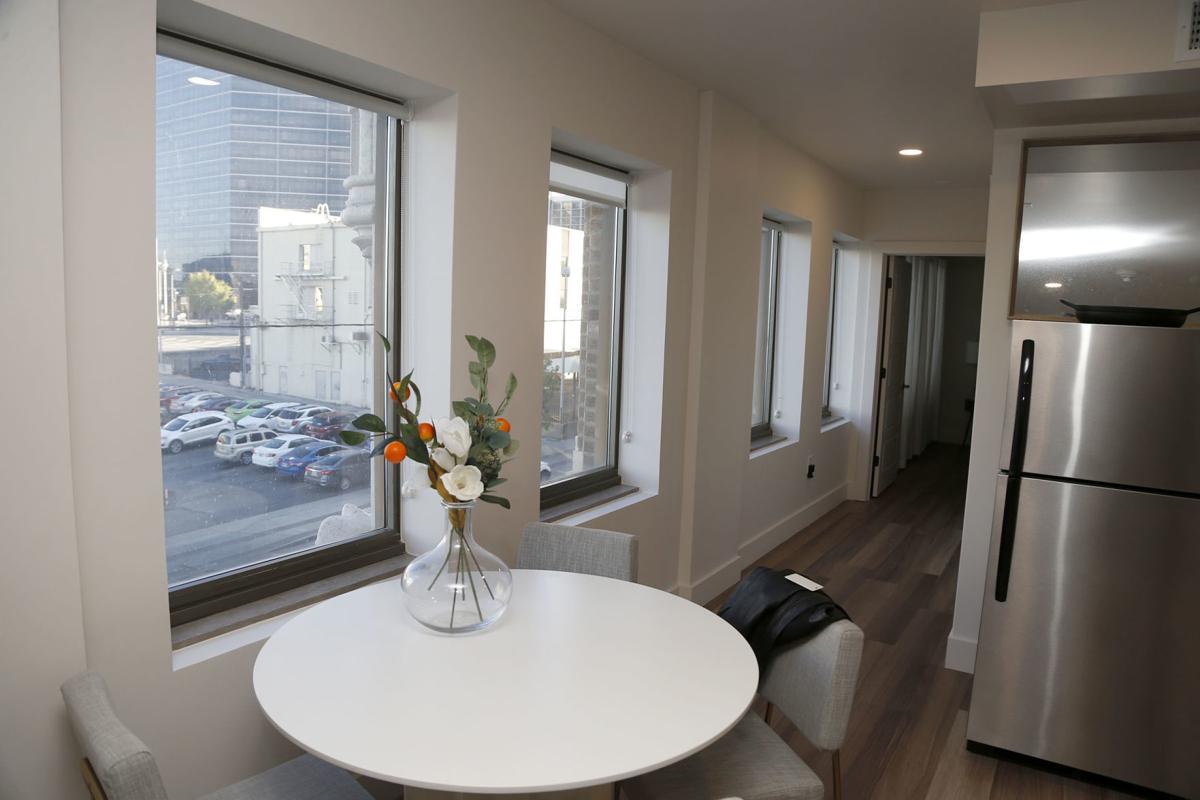 Ample natural light is a component of this one-bedroom unit at The Adams Apartments, 403 S. Cheyenne Ave. STEPHEN PINGRY/Tulsa World

The lobby of The Adams Apartments features the original terra cotta tile from the 1928 structure. STEPHEN PINGRY/Tulsa World

Ample natural light is a component of this one-bedroom unit at The Adams Apartments, 403 S. Cheyenne Ave. STEPHEN PINGRY/Tulsa World

Living at the The Adams Apartments was an easy choice for Norman transplant Nicole Albro.

“I loved the history of this building, and I love being downtown,” Albro said this week before embarking on a one-block walk to work at ONEOK. “Whenever I toured and saw the tile and the stairs, I said, ‘Yeah, this is it.’ ”

She is among the dozens of Tulsans who have made The Adams Apartments their home. A transformation of a former hotel built in the 1920s, the mixed-use redevelopment project by Rose Rock Development Partners has 65 units that are 90% leased and a ground-floor restaurant that is scheduled to open in early 2020.

“We totally believe in development that gets people walking downtown,” Rose Rock CEO Steven Watts said. “Any time you activate a vacant building, it creates life and energy around that space. No one wants to walk by a dark, old building with no one in it.”

The last tenant in the 13-story building, 403 S. Cheyenne Ave., was a Latin grill that closed its doors on the ground floor about three years ago.

Replacing it on the first floor, which features the structure’s original terra cotta, will be the Caló Latin Grill & Tequileria. Above that are six studio apartments that start at $675, 10 two-bedroom units and 49 one-bedroom apartments, Watts said.

“Our goal any time we do urban development is to create something mixed-use, with ground floor activity,” he said.

“Hopefully, eventually, in downtown we can have a drug store and a grocery store and all these other things that people want. But all those retailers need bodies. So the first order of business is to get people living down here.”

The studio units and one-bedroom units were the first apartments to be leased, Watts said.

“The market has really responded well to this project,” said Scott Moehlenbrock, Rose Rock vice president. “We were 90% leased out in about 3½ months. There’s definitely a demand for it.”

I.S. Mincks erected the 13-story hotel in 1928 to capitalize on the International Petroleum Exposition in Tulsa. A liquidation sale in 1935 led to new owners and a new name: the Adams Hotel.

The building’s intricate facade combines Gothic, Italian Renaissance and Baroque decorations, and terra cotta is used throughout the interior, including the lobby and the stairwell.

The structure was listed on the National Register of Historic Places in 1978. The Tulsa Development Authority awarded the mixed-use project a $490,000, no-interest loan last year.

“The historic tax credit process is a process,” Watts said. “You have to adhere to National Park Service standards, so everything we do we were cognizant of that.

“It’s always a bit of a labor of love. But it’s rewarding. All this tile is original. So keeping stuff that’s 100 years old and injecting life back into it, tax credits make it worthwhile.”

Construction downtown is underway, and new projects are popping up right and left — including several parking garages.