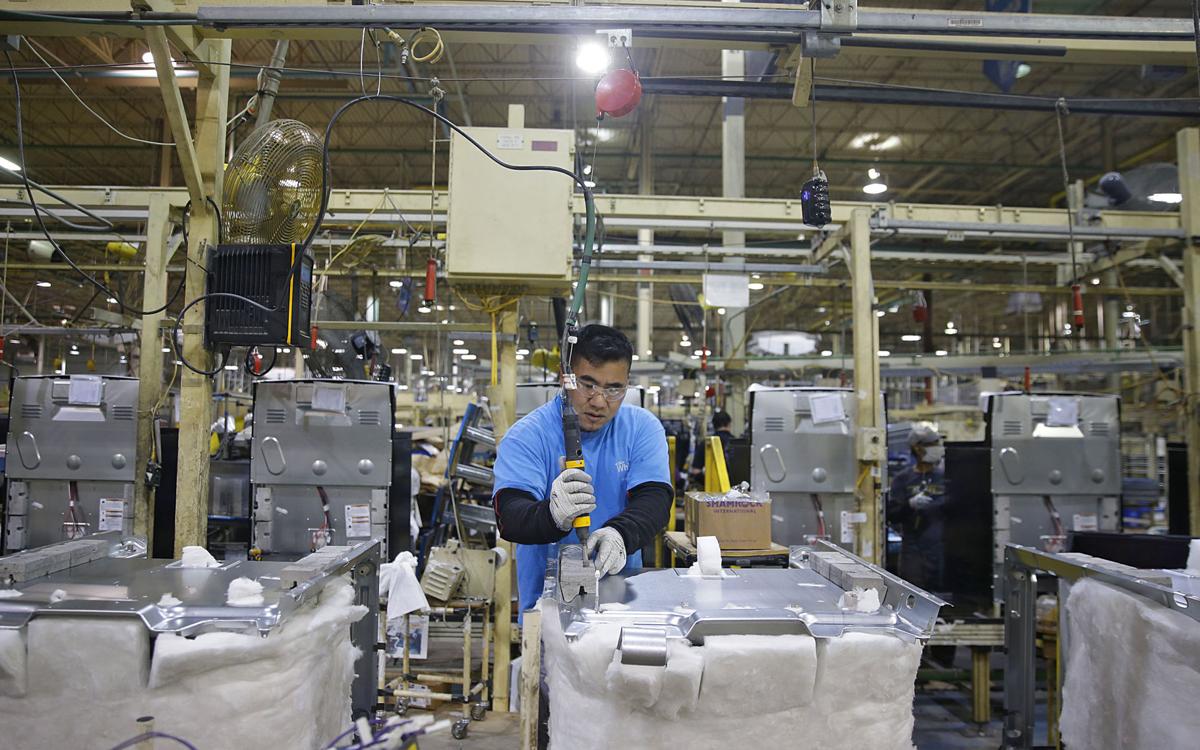 Kap Mang works at the Tulsa Whirlpool plant on Oct. 16. Whirlpool’s north Tulsa facility off of U.S. 75 in the Cherokee Industrial Park has undergone two expansions since it opened in 1996. MIKE SIMONS/Tulsa World 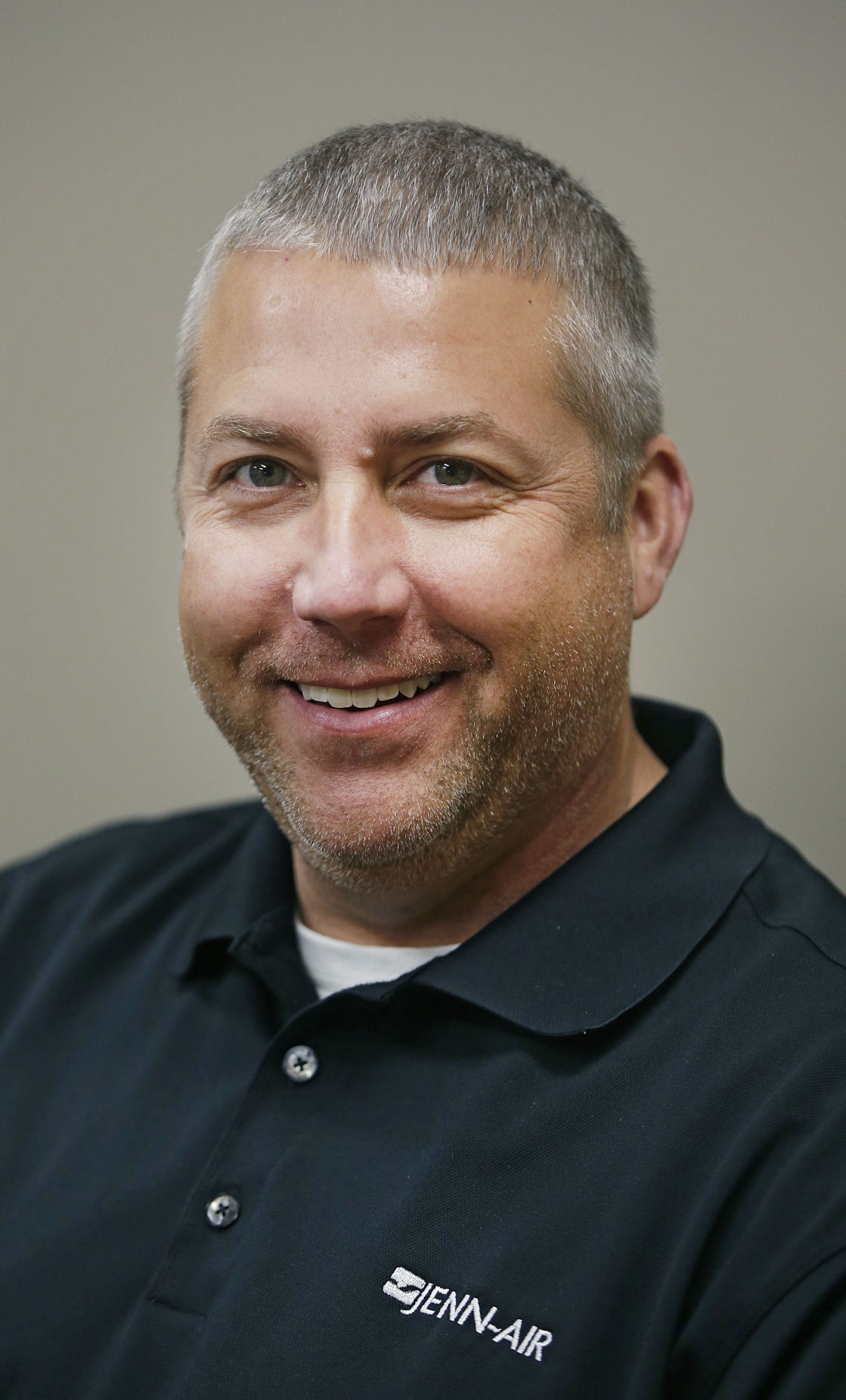 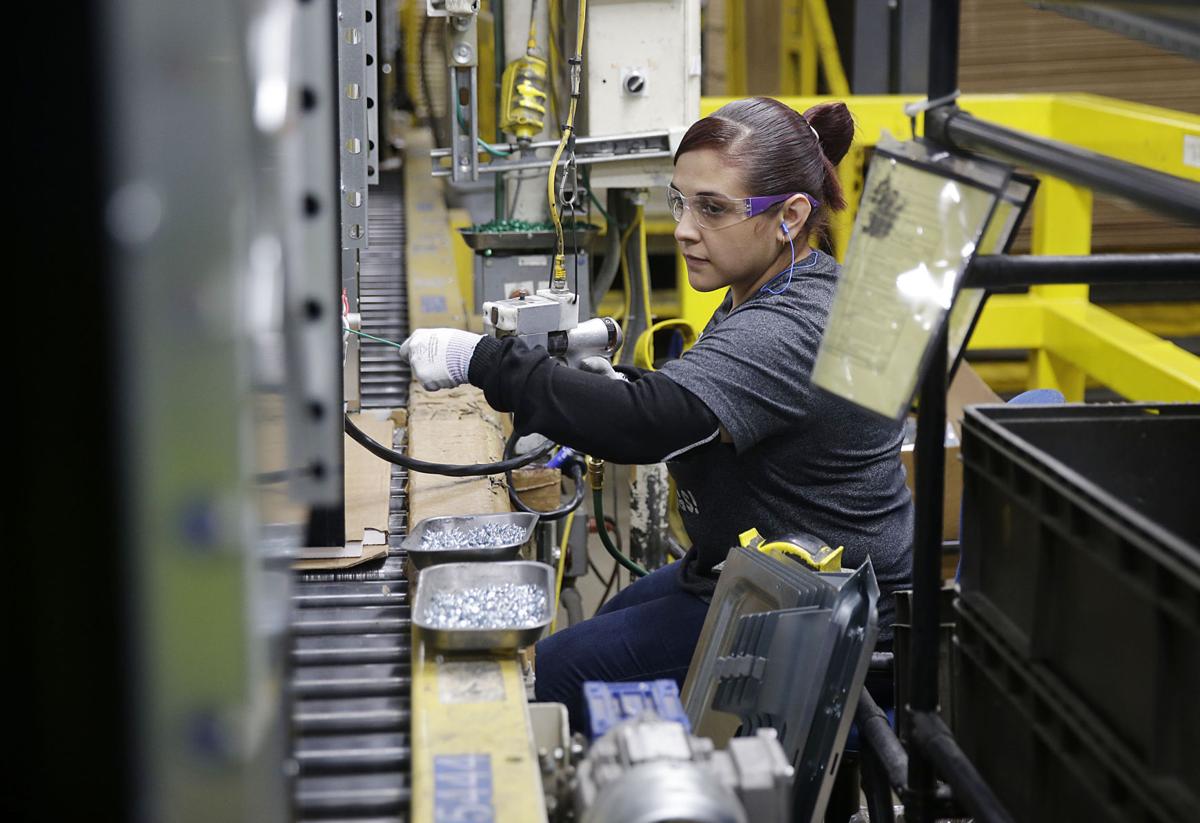 Kap Mang works at the Tulsa Whirlpool plant on Oct. 16. Whirlpool’s north Tulsa facility off of U.S. 75 in the Cherokee Industrial Park has undergone two expansions since it opened in 1996. MIKE SIMONS/Tulsa World

Correction: An earlier version of this story incorrectly indicated Whirlpool's Tulsa plant was its only one west of the Mississippi River. The story has been corrected.

Paul Rushing is the first to admit Whirlpool’s north Tulsa factory floor bears little resemblance to the factory his father worked at 40 years ago.

The plant lead for more than three years, Rushing grew up in the manufacturing industry with his father working as a maintenance manager at a plant during his childhood.

Along with advances in technology, Rushing said some basic tweaks over his 22 years in manufacturing have substantially changed the industry to make it more conducive as a long-term career option.

“It’s evolving,” he said. “It’s not the same plant my dad worked in 40 years ago. There’s a huge difference. It’s bright, it’s air-conditioned and it’s a pretty viable place for employment.

Whirlpool and other manufacturing companies are banking on those changes and extended outreach efforts to help reverse a national trend across the industry.

According to data from the Bureau of Labor Statistics, the manufacturing industry’s workforce is slowly graying, with the sector’s average employee checking in at 44.5 years old in 2016, compared to the labor force’s median age of 42.2 years old.

Although nationally the gap between the median ages of the manufacturing industry and the entire non-farming labor pool has grown since 2000, the workforce at Whirlpool’s Tulsa facility is a statistical anomaly, as the average age among its roughly 1,650 employees is 40 years old.

“We’ve got a little different phenomenon here, especially since our plant’s only 21 years old,” Rushing said. “We do have some employees out there who’ve been here since Day 1, and we’re very fortunate and grateful that they chose Whirlpool to have their career at.

“We do have to look at the younger generation, though.”

Whirlpool’s north Tulsa facility off of U.S. 75 in the Cherokee Industrial Park has undergone two expansions since it opened in 1996.

Originally built to make 1 million ranges per year just for Sears, the plant is now able to turn out up to 2 million freestanding and slide-in oven ranges annually for the Amana, Maytag, Whirlpool, Jenn-Air and KitchenAid brands.

To continue to defy the national trend and reach that younger generation, Whirlpool’s Tulsa facility partners with area high schools and local vo-tech districts to encourage student interest in science, technology, engineering and mathematics as part of the national “Manufacturing Matters” initiative.

In addition to a college tuition reimbursement plan available for full-time employees, the Tulsa plant also offers an apprenticeship program in an effort to draw attention to the widespread use of robotics and other technological advancements on the floor that might not necessarily come to mind upon hearing the word “manufacturing.”

“The interest is there,” Rushing said. “We’re already seeing it draw in some people. It’s a great way to potentially enter the workforce, get a job and eventually graduate college debt-free.”