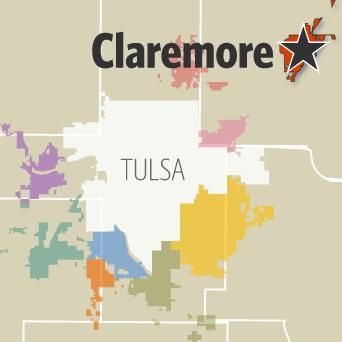 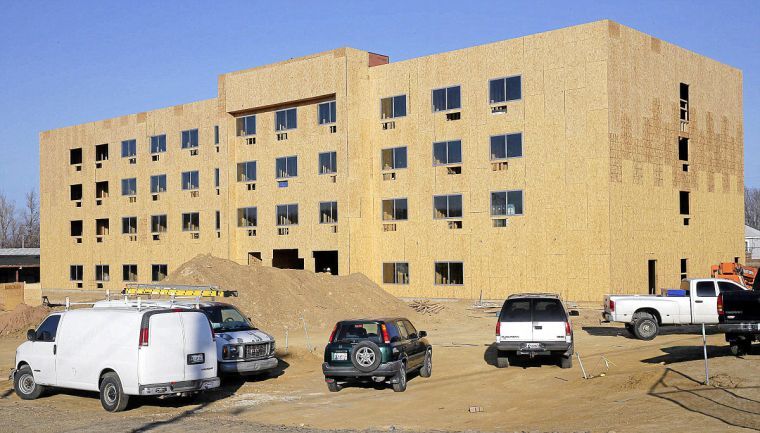 CLAREMORE — The City of Claremore, which has long searched for an identity, found one a year ago.

The community logo and graphic identities are being used for all six partner organizations: the city, the Claremore Chamber of Commerce, the Claremore Convention and Visitors Bureau, the Claremore Industrial Economic Development Authority, Claremore Main Street, and the Innovation Center at Rogers State University.

Tanya Andrews, executive director of the Claremore Expo Center and Convention and Visitors Bureau, said the campaign is gaining momentum.

“We’re all rolling it out gradually,” she said. “… The tag line, ‘Clearly,’ it fits in just about everything that we do. If we’re advertising in a shopping publication, we’re going to use something catchy like ‘Clearly Chic.’

“It’s been fun and it’s been well-received. It’s very colorful. Because it is short, the statement is bold.”

“Whatever amount of time people spend in Claremore, they have to come away feeling positive,” he said at January’s State of the City address.

Thomas also said at that presentation that the municipality’s economy is the strongest it’s been in a decade.

Three new hotels scheduled to be completed in mid-2015 will add a total of 240 rooms.

“Coupled with the recent retention and expansion of two major industries this sends a clear signal — Claremore has the right mix of resources for business success.”

The city also continues to move forward with Claremore 2020, a plan that outlines its strategy for growth, economic development and infrastructure needs.

Construction on a new $20 million water treatment plant is slated for the spring. The facility will double the current plant’s capacity of 4.1 million gallons per day, Thomas said.

In July, the city will play host to the summer conference of the City Management Association of Oklahoma, an event that will be held at the Holiday Inn Conference Center.

“As we move forward, our focus is to stimulate economic growth and development for the city through primary industry jobs and expansion of the sales-tax base,” Koehler said.

Did you know: The Belvidere Mansion, in Claremore, is on the National Register of Historic Places. Completed in 1907, it is a three-story Victorian whose main floor features an L-shaped foyer with Italian tile, marble wainscoting and pressed-tin walls and ceilings.

History: When Oklahoma was still Indian Territory, two railways that dissected Claremore set the stage for its early growth in the late 1800s. The Burlington Northern Santa Fe Railway and Union Pacific Railroad serve the city to this day.