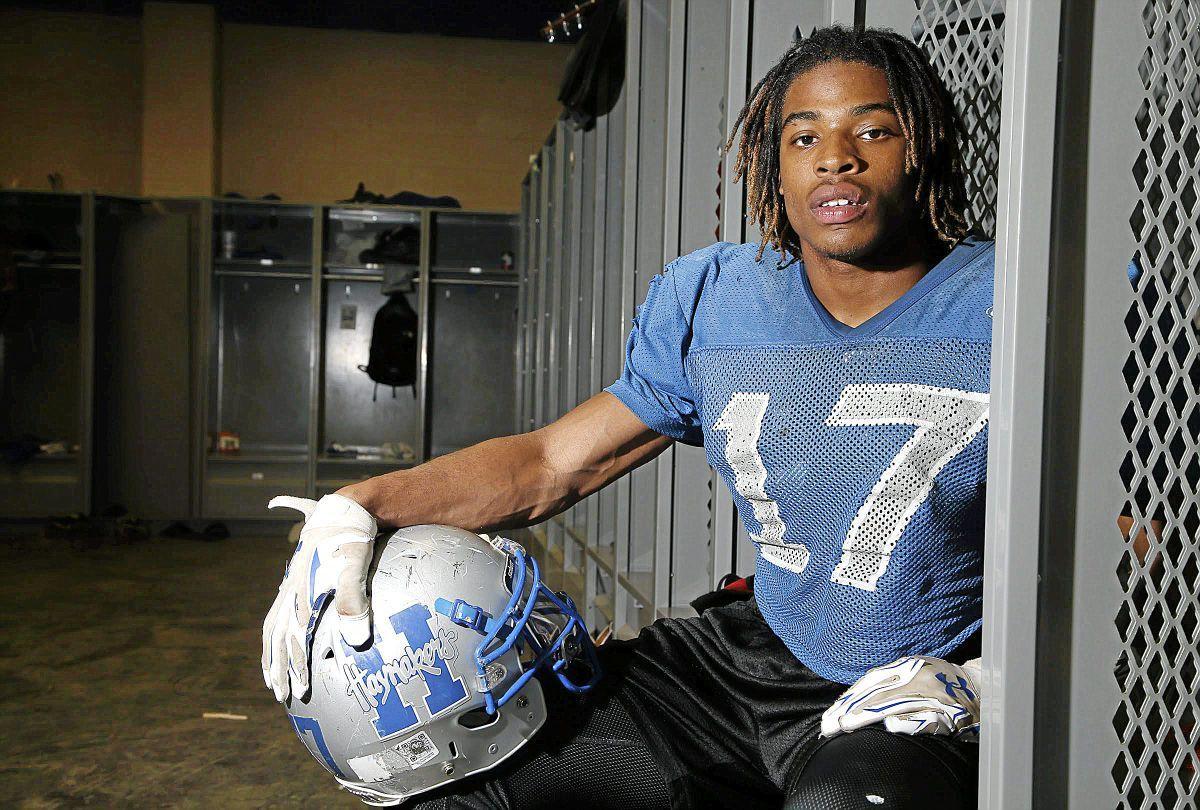 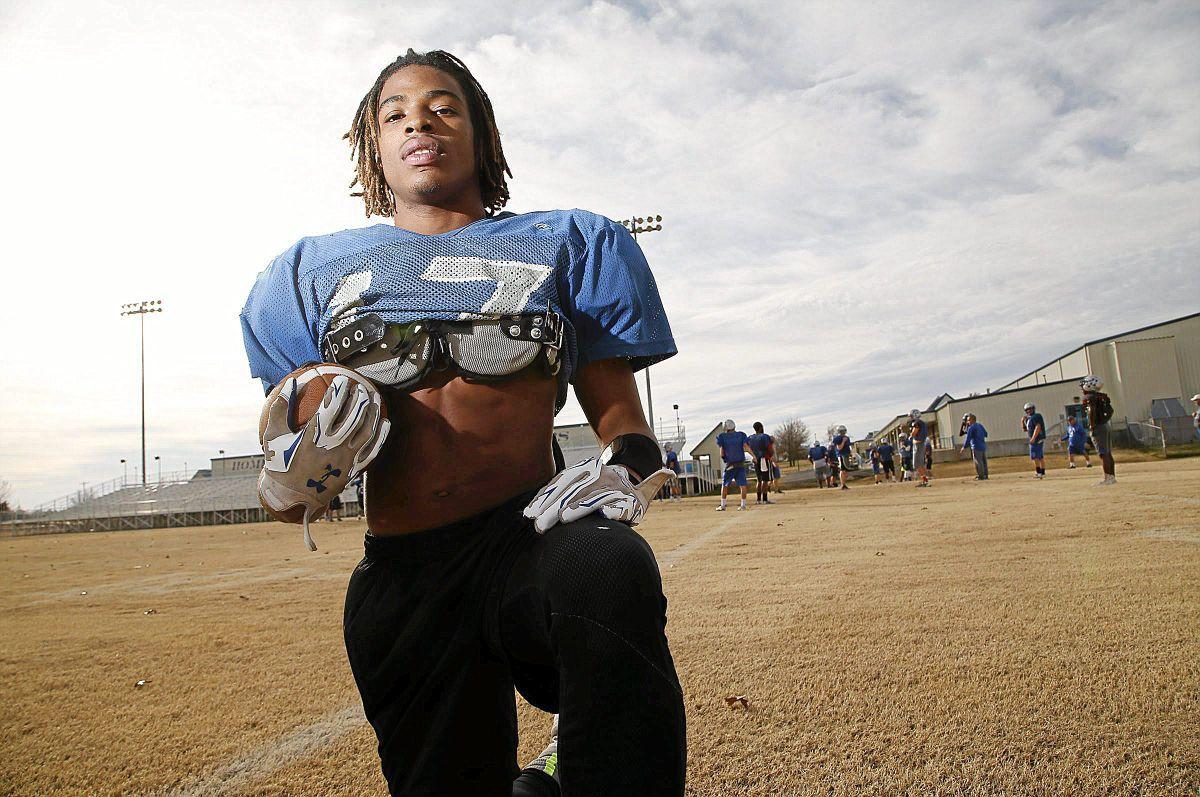 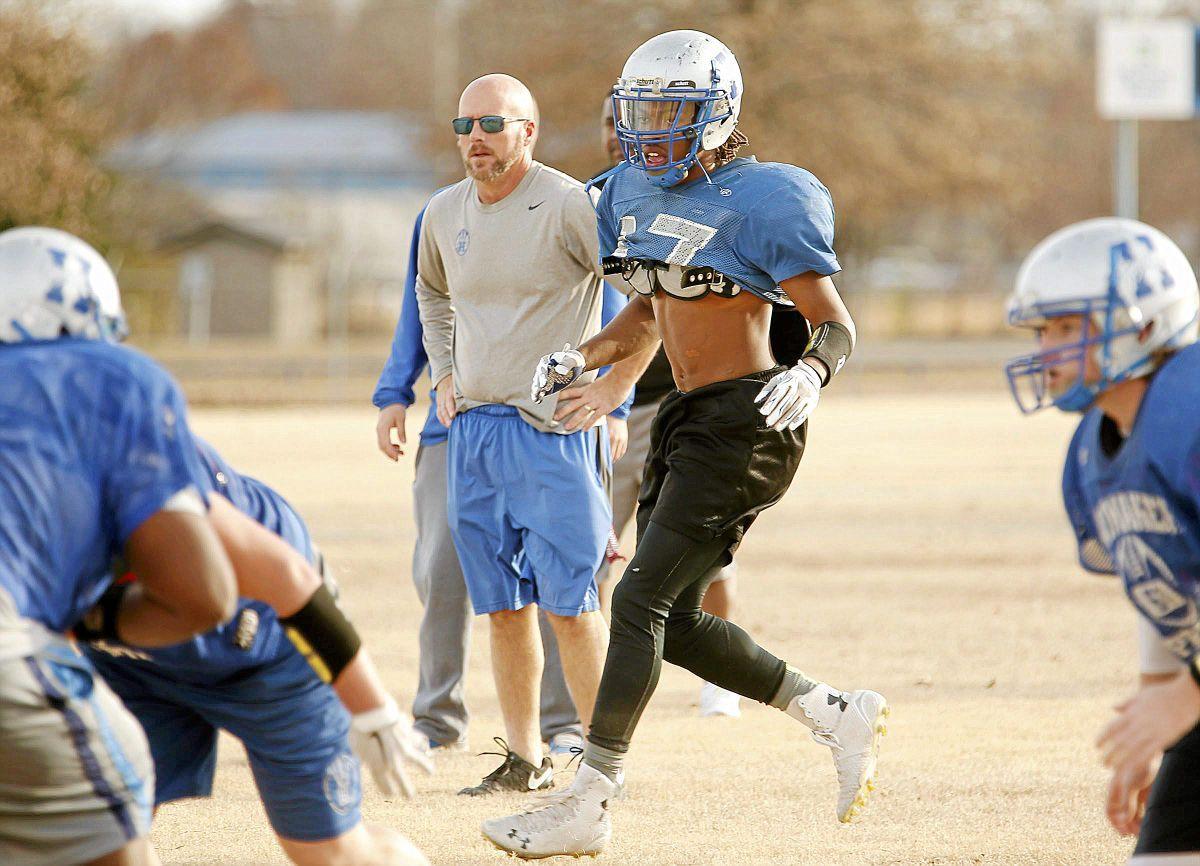 It was no great surprise to Haskell fans that Tre’ Lang made the play that put the Haymakers into the Class 2A football final.

In the closing minutes of the semifinals Friday, Lang blasted off left tackle, made two men miss and raced 45 yards for the deciding score in a 20-13 win over Prague.

“To me, that sums up Tre’s entire year,” coach Greg Wilson said. “He knew what we needed and he wasn’t going to be tackled.”

The 6-foot, 180-pound senior running back has made similar plays all season, leading the Haymakers to the best record (13-1) in school history.

Haskell makes its first appearance in a football final, facing No. 1 Adair at 1 p.m. Saturday in Owasso. It is one of three games on the final high school weekend. No. 2 Lincoln Christian challenges No. 1 OKC Heritage Hall for the 3A title at Stillwater and No. 2 Straftord battles No. 6 Cashion at Choctaw for the Class A crown. Those games are also set for 1 p.m. Saturday.

Lang is tied for second in northeastern Oklahoma with 31 rushing TDs and leads in total TDs with 42, thanks to the fact that he’s almost as good on defense, if not better.

Five of his 10 pass interceptions were returned for scores. He also recovered a fumble and has 84 tackles from his free safety spot.

Wilson said Lang was a standout outside linerbacker last season, but the defense got much better with his move to the deep secondary.

"People have to think twice about whether they’re gonna try to hit a home run with a kid like that back there who can read the quarterback and just has an absolute motor,” Wilson said. “He does a tremendous job for us.”

Lang also has four receiving TDs and returned a punt and kickoff for scores.

“He can do a lot of things,” Adair coach Mark Lippe said. “When we beat them before, our guys understood we had to get every one of them to the football and take great pursuit angles. We had a lot of gang tackles on him that night.”

Adair won 56-14 when the District 2A-7 rivals met in Mayes County eight weeks ago. But that was forever ago in football, and the Haymakers have gone through a galvanizing playoff stretch.

With all the attention on Lang, one might jump to the conclusion that the Haymakers are a one-man team. Adair’s Lippe said opponents can't afford to underestimate Lang’s supporting cast.

Senior quarterback Austin Junghans has rushed for 933 yards, thrown for 875 yards and accounted for 26 TDs. T.J. Berry scored the only TD in the win over Kingston and Rylee Roberts caught the winning TD pass from Junghans at Okemah.

Lang credits his offensive line for paving the way to 2,100 rushing yards. He averages 7.7 yards per carry.

“I’m just happy to be a part of it,” junior left tackle Ryan Lechner said. “He’s a great football player and I love watching him run.”

Lang is a friend to all who know him, Haskell principal Kurt Scullawl said.

“He's always in a good mood. He’s nice to everybody, he’s always upbeat, and that’s contagious,” Scullawl said. “He’s never met a stranger. He’ll stop and help anybody. That's just the way he was raised. He’s just a good kid.”

Scullawl said Lang is equally gifted in about any sport he tries.

“We’ll come out of football this week, and he’ll start in basketball next week and look like he’s been practicing all year,” Scullawl said.

Lang comes from a long line of basketballers. He grew up in nearby Boynton and his family name is a staple in Boynton basketball history. The Muskogee County school won seven Class B boys state titles under Jerry Belton before closing in 2010.

Lang's great uncles, Everett and Robert, were part of a championship team in 1980. Their sons were part of another in 2000. Lang's cousin, Shartese Lang-McHenry, coached Boynton to its only girls state title in 2010.

Lang has attended Haskell since the sixth grade.

‘He just has a drive about him to do good in anything he’s doing,” his mother, Rhonda Lang, said. “He’s a likable guy who keeps his head on straight — truly a blessing from God.”