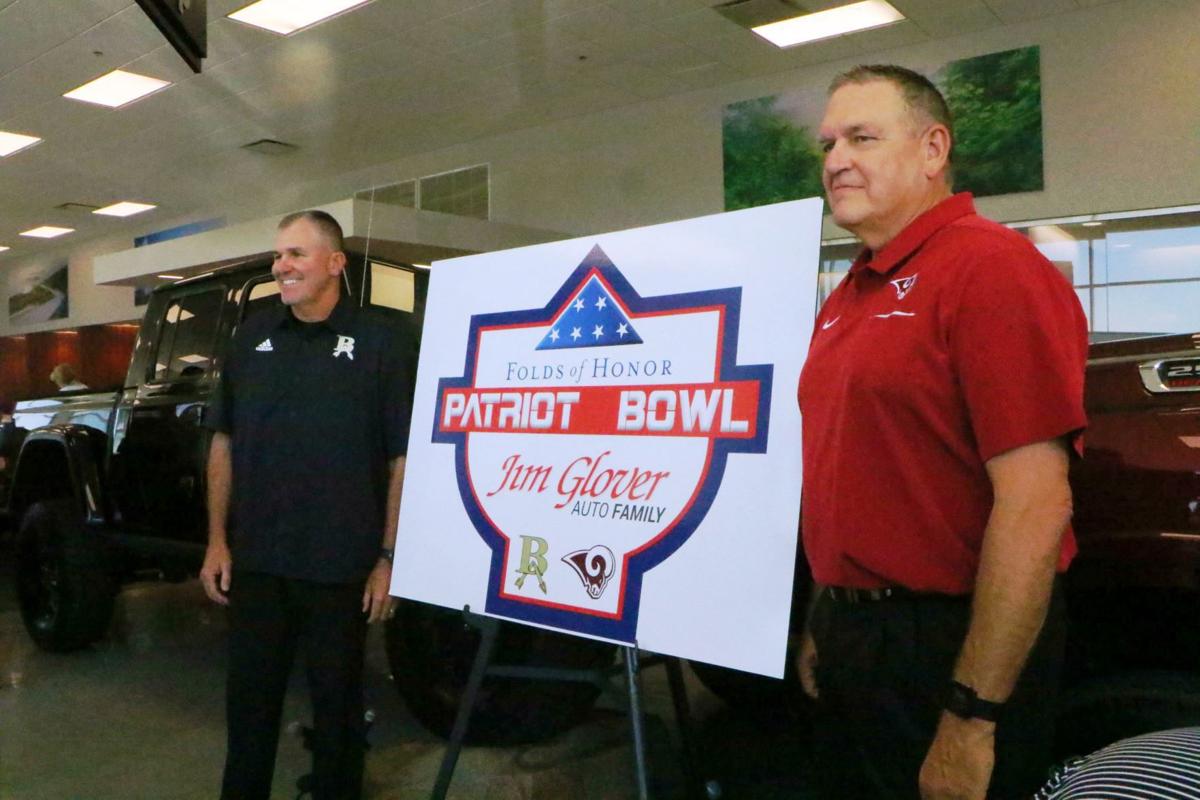 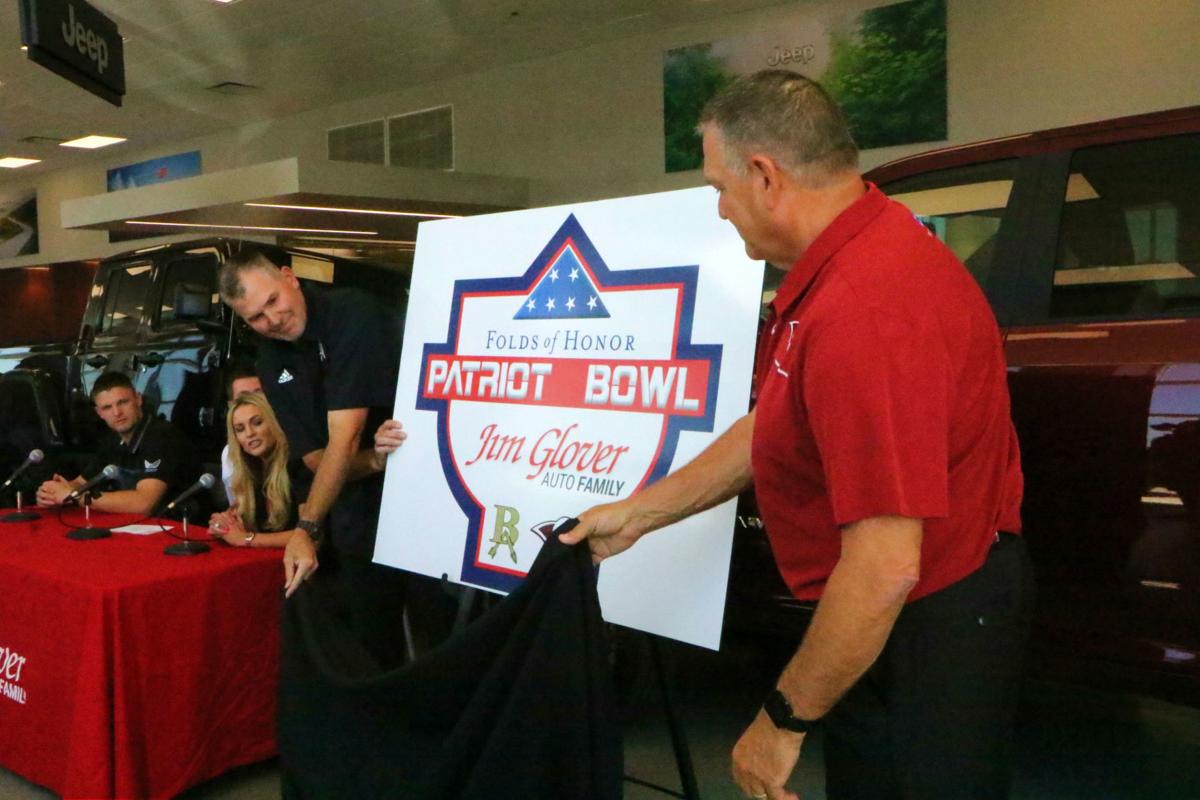 The announcement was made Thursday, Aug. 15, by Jared and Kristen Glover at the Jim Glover Dodge Chrysler Jeep Ram Fiat dealership in Owasso.

“We have been incredibly proud to partner with Folds of Honor since 2013,” said Jared Glover, vice president of Jim Glover Auto Family. “Joining with two of Oklahoma’s most elite school districts and football programs to support such a noble mission is a perfect fit for us.”

The inaugural Folds of Honor Patriot Bowl driven by Jim Glover Auto Family will take place at 7 p.m. on Friday, Sept. 13, at Broken Arrow’s Memorial Stadium. Next year’s game will be in Owasso on a date to be announced.

During the game, Jim Glover Auto Family will present a check to Folds of Honor for a portion of each vehicle that was sold in the month of July plus an additional $5,000 on behalf of Broken Arrow and Owasso Public Schools.

“We are overjoyed and blessed to continue our life-changing relationship with Jim Glover Auto Family that has made it possible to award 90 scholarships in Oklahoma to date,” said Folds of Honor Founder and CEO Major Dan Rooney. “We could not be more honored by the Owasso and Broken Arrow school districts and football programs for their commitment to honor our service members by educating their legacy. We are incredibly humbled by the compassion, generosity and patriotism of both schools and their communities for partnering with us on such an important mission.”

The Folds of Honor Patriot Bowl driven by Jim Glover Auto Family will offer fans a number of special events to recognize that both the Broken Arrow and Owasso communities value and cherish the freedom our military defends.

“We know everyone in Oklahoma will be paying attention when the two most recent state champions square off on the football field,” Owasso Executive Director of Athletics Zach Duffield said. “To whom much is given, much is expected. It is our responsibility to use our platform for good, and we are committed to doing everything we can to help the children and families of American heroes receive an education.”