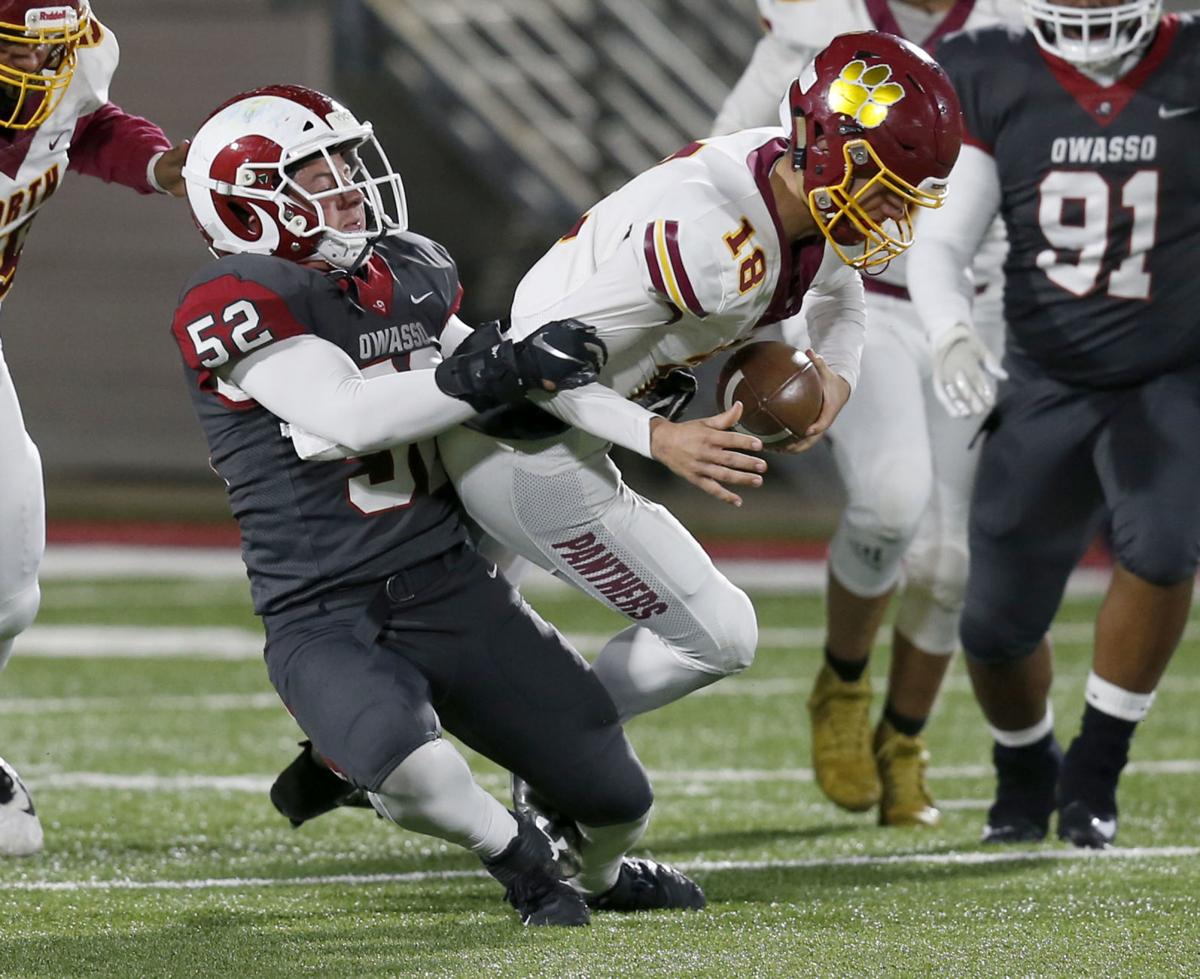 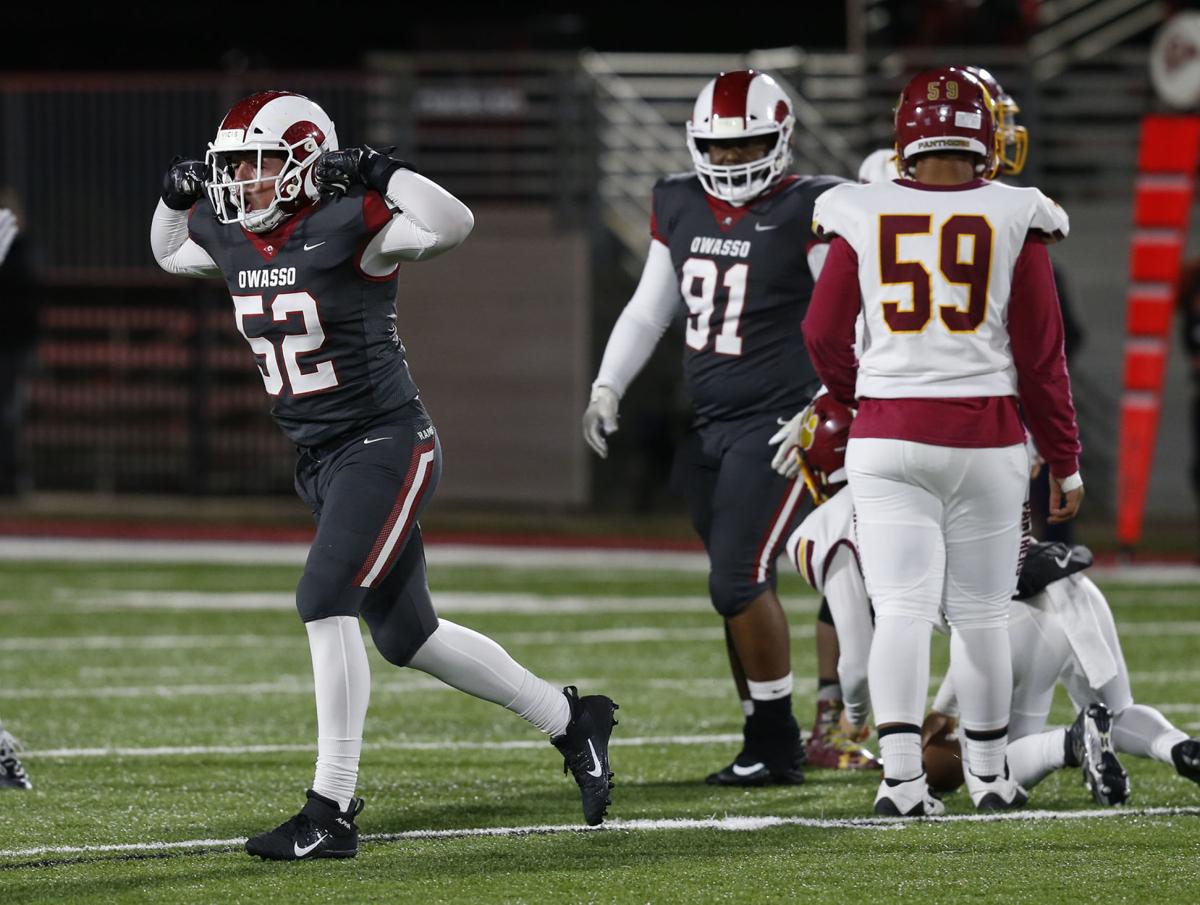 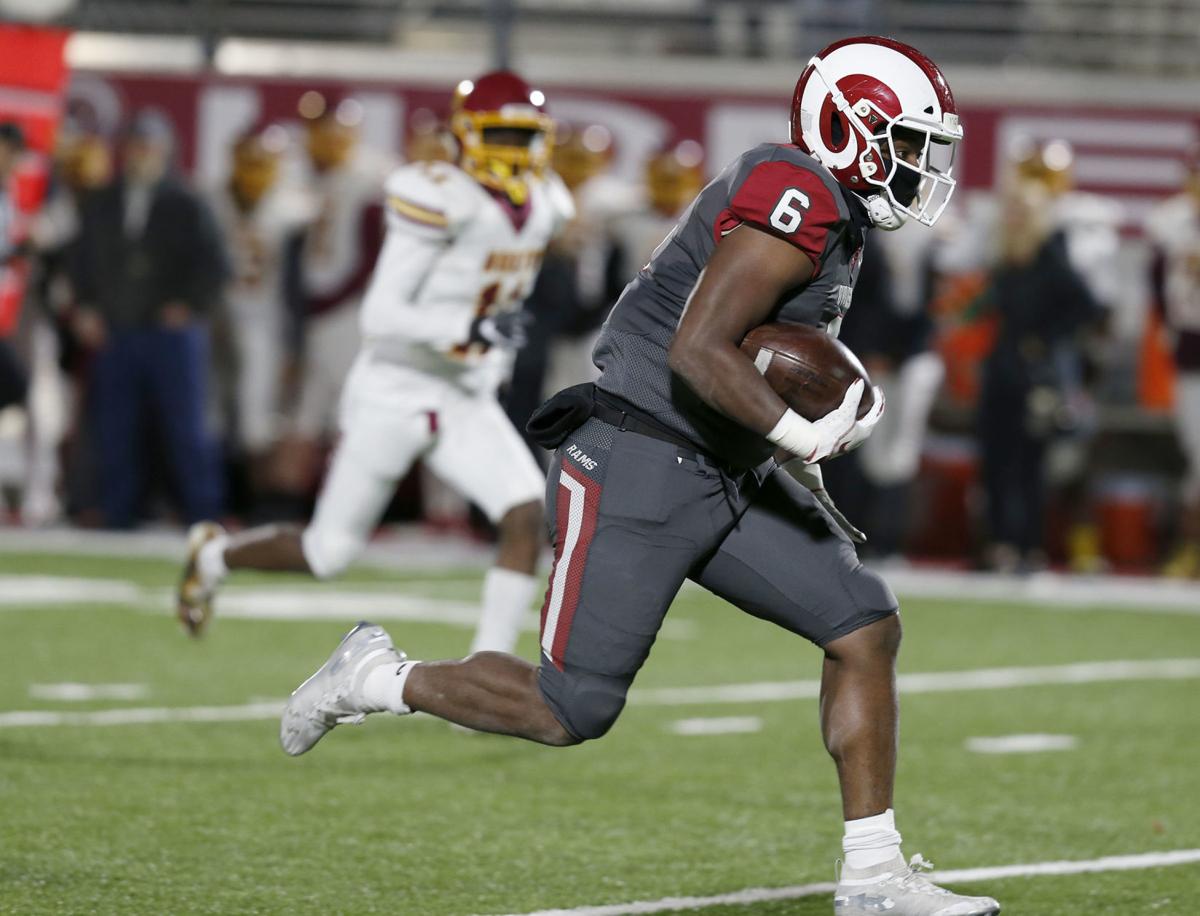 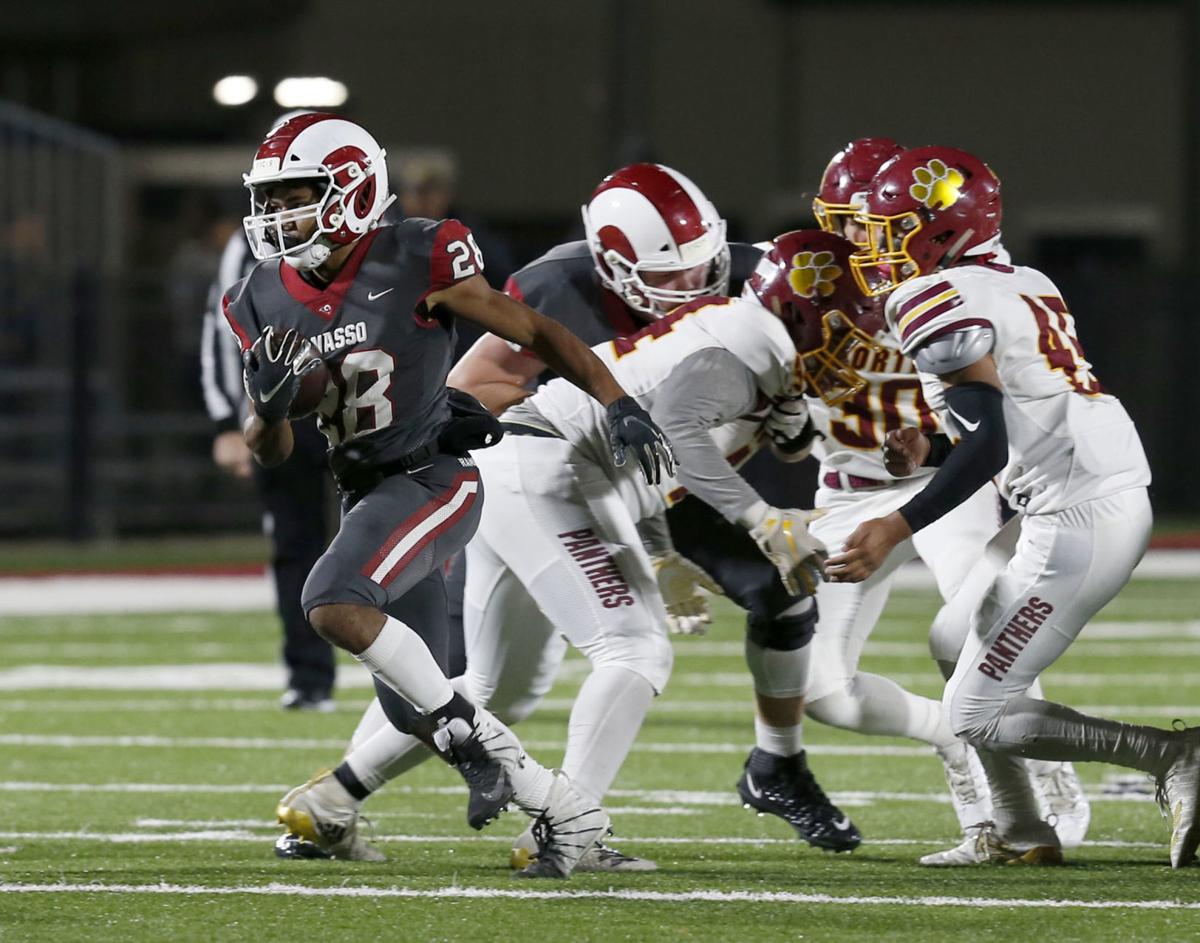 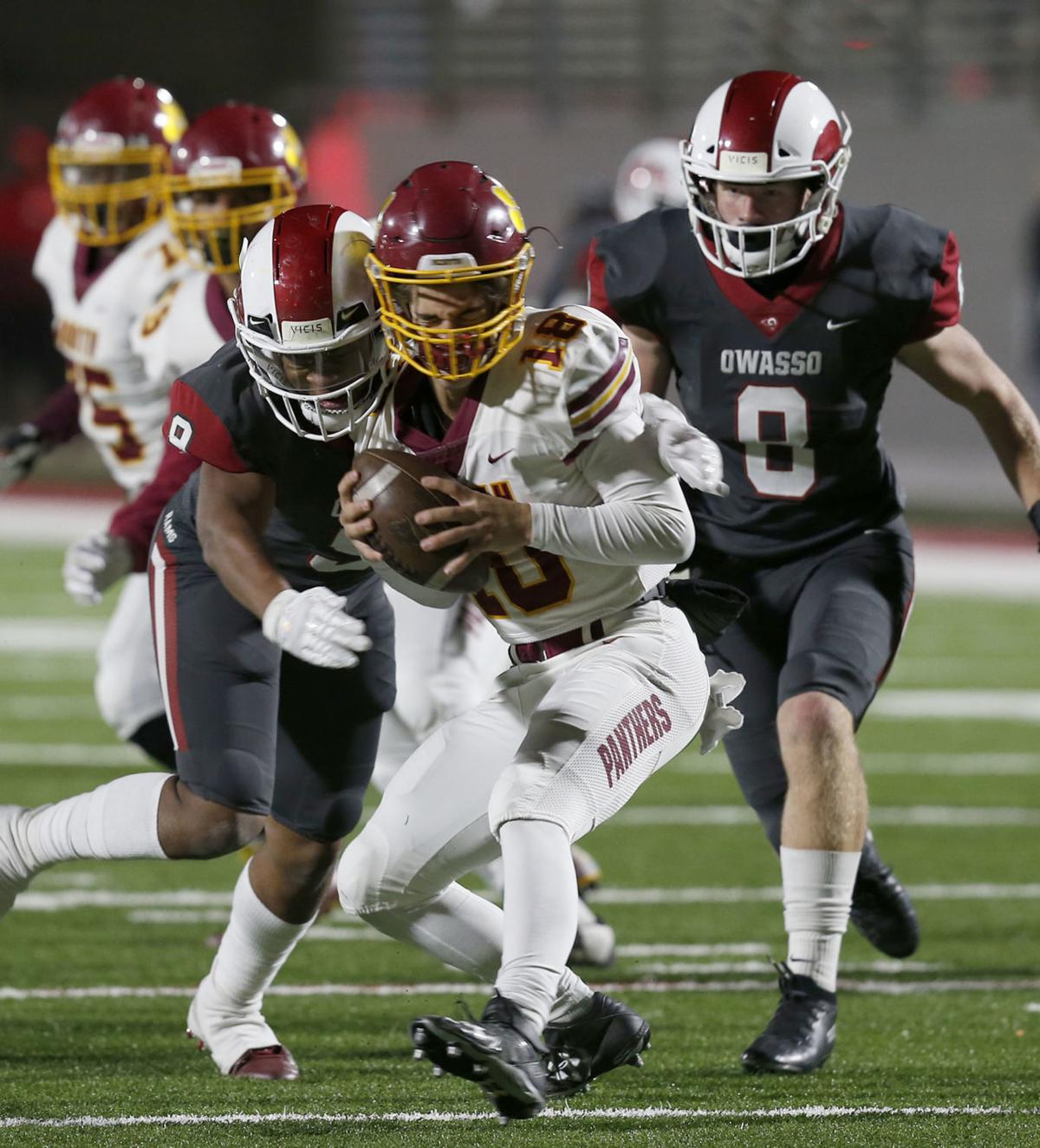 OWASSO — Top-ranked Owasso had accomplished everything it could at this point in the season. Friday’s season finale was about the Rams’ place in history.

Quarterback Cole Dugger threw four touchdowns in the first half and the defense swarmed No. 9 Putnam City North throughout as Owasso rolled to a 49-14 victory on senior night. The Rams, who already clinched the No. 1 seed out of District 6AI-2, concluded their regular season with a perfect 10-0 record.

It marked the first time since 1986 Owasso completed an unbeaten regular season and just the fourth time in school history.

“We want to do special things,” Rams coach Bill Blankenship said. “We want to do things that matter. We felt like this team has a chance to be special.”

Owasso (10-0) will face Norman (7-3) for the second straight year in next week’s 6AI quarterfinal round. The Tigers, who finished fourth in District 6AI-1, pushed the Rams before falling 31-28 a season ago in the first round.

On Friday, Dugger completed 10-of-18 passes for 154 yards essentially in a half of play. Five different Rams found the endzone as Ronnie Thomas and Trey Goins each scored twice. Owasso tallied 468 yards of total offense.

The Rams scored touchdowns on five of their six first half possessions and built a commanding 35-0 lead by intermission.

Dugger’s 55-yard strike to Mario Kirby on a play action pass capped the first series. Thomas then evaded the Panther secondary for a 24-yard touchdown pass from Dugger for a 14-0 lead.

Just 40 seconds into the second quarter, Thomas scored on a 2-yard run on an end around, which ended a 12-play march and gave Owasso a 21-0 advantage. Two series later, Dugger found Derrick Overstreet for a 21-yard touchdown then completed his first-half passing barrage with a 4-yard TD slant to Goins with 9 seconds left before halftime.

Owasso’s defense was just as dominant. PC North was held to 23 yards and one first down over the first two quarters. The Panthers were 0 of 6 on third down conversions in the first half.

In the second half, Cole Adams continued his breakout freshman season with an 8-yard TD run. After Keilan Scott got PC North on the board with an 8-yard score early in the fourth quarter, Goins returned the ensuing kickoff 75 yards for a touchdown.

Owasso also topped the 40-point plateau for the seventh time on the season and finished the regular season averaging 43 points per game, but Dugger insisted the offense has another gear.

“I don’t think we’re ever going to be where we want to be,” said Dugger, whose 33 TD passes are two shy of tying the school single-season mark. “We can always do stuff better. But we’re rolling right now and if we just keep coming in every day at practice and executing and working for a state championship, I think we’re going to do just fine.”