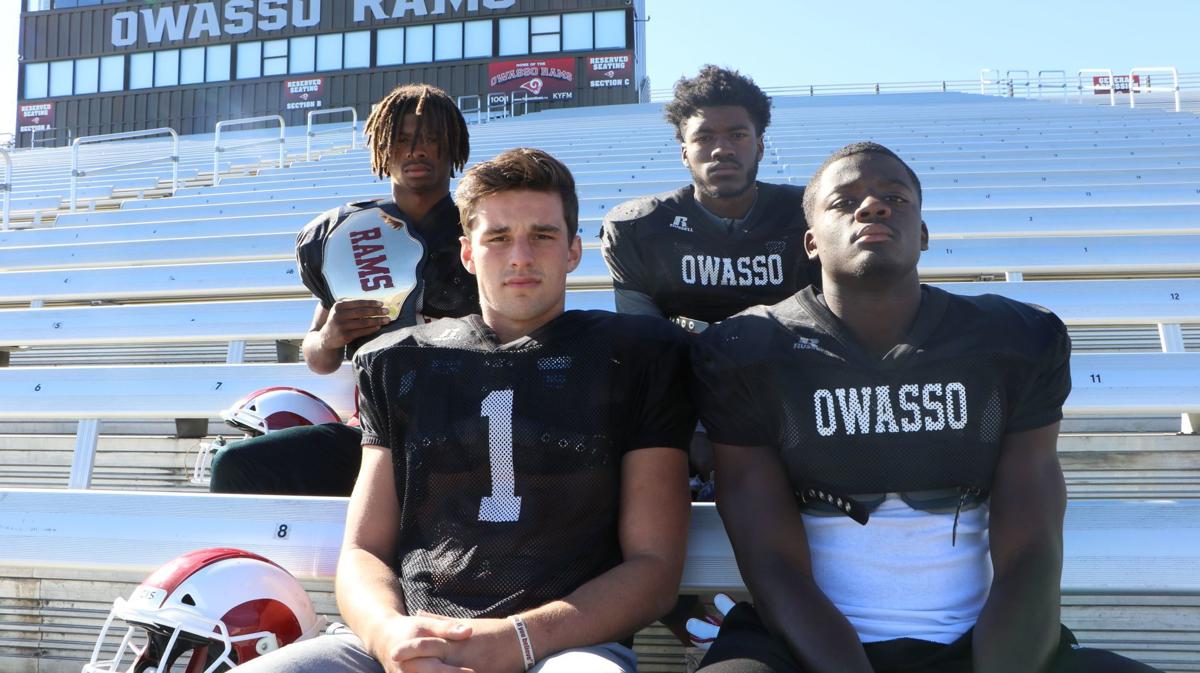 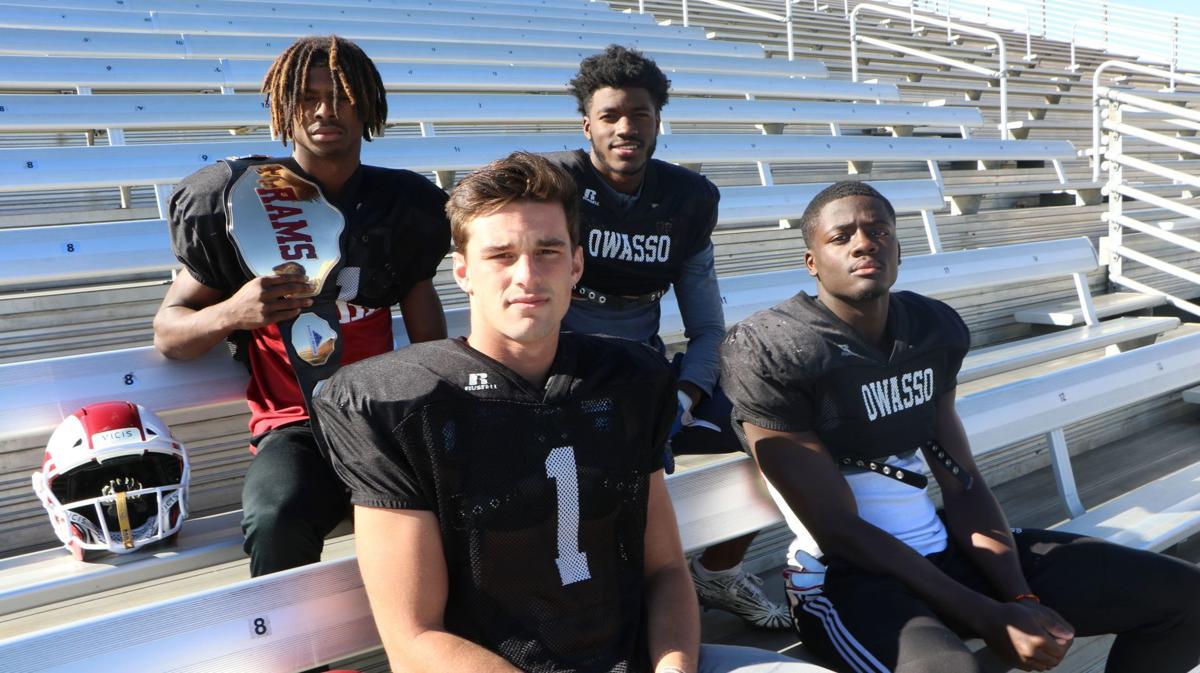 When Dawson Adams was thrust into the starting lineup two seasons ago, the Owasso safety remembered the elevated expectations that came with the opportunity.

“When Coach B came, all the momentum changed. The expectation here changed. (Proctor and Jones) said this is our senior year and they made sure everybody was held to a higher standard,” said Adams, whose sophomore year concluded with a game-clinching interception against Union in the 6AI state championship game. “This being my senior year, I know what they were talking about. We don’t ever want to lose a game. We don’t want to get scored on at all.”

Adams is part of a secondary that has continued to raise the Owasso standard, led by fellow seniors Duece Mayberry and Omarr Barker at the corners and Tristan Profit at safety. The quartet is part of 27 Rams that will be recognized Friday on Senior Night when the top-ranked team in Class 6AI hosts Putnam City North Friday at Owasso Stadium.

The Ram secondary is also the most experienced position group on the team with Adams and Mayberry as third-year starters and Barker in his second season in the starting lineup. Profit, who began to shine toward the end of the 2018 season, is in his first full year as a starter.

“Our experience helps us a lot,” said Mayberry, who notched his first interception of the season last week against Moore. “Coach gives us the play call and we already know what we’re going to do.”

The defensive backfield, which also includes junior safety Gage Laney, has been successful in slowing down the opposition’s passing attack this season. Through the Rams first nine games, Owasso allowed an average of 102 yards per game in the air and a completion rate of just 46.2 percent. The Rams have swiped nine interceptions and surrendered just four touchdown passes.

Those numbers were even more impressive over the past seven games.

Moore’s fourth quarter touchdown strike from Daniel Hishaw Jr. to Austin Gross in last week’s 34-7 Owasso victory was the first passing TD allowed by the Rams since the second quarter of their home opener against Fayetteville. During that same seven-game span, Owasso has limited opposing offenses to just 71.7 yards per game and a 43.9 percent completion rate through the air.

Blankenship said the play of his secondary has had a ripple effect on a Ram defense that has given up just six total touchdowns over the past seven games.

“I think they’re a very close-knit bunch and they feed off of one another,” Blankenship said. “They certainly encourage one another with the energy they bring. I think it’s given (defensive coordinator Bobby) Klinck a lot more confidence to play a more aggressive front because we can play coverage when we need to. We try to keep it mixed up but they have the talent to be man up and lock people down.”

Like Adams and Mayberry two years ago, Barker was a newcomer to the starting lineup last season. The 5-foot-9, 175-pounder said he has a better understanding of his job this fall.

“I know my role,” Barker said. “I know I’m a leader. Last year I was trying to figure out what my role was. This year I’m trying to help out the other guys.”

This season, it’s Profit who has the greatest learning curve as a first-year starter. Profit said he’s leaned on the experience of those playing around him.

“Those guys have helped me a lot,” said Profit, who became the first two-time Ram Tough belt winner for defensive player of the game this season after a career-high 15 tackles, including 11 solo stops, against Mustang. “I really had to learn a lot of the pass concepts and now we recognize play before it happens most of the time.”

Owasso’s success in the defensive backfield has forced teams to execute long drives, an unenviable task for any offense.

“It’s much harder for people to grind their offense out because they’re not getting the cheap stuff in the secondary,” Blankenship said. “They’re making the offenses earn what they get.”

Last meeting: This 41-7 win may go down as Owasso’s most important and impressive victory of 2018. The Rams tallied a season-high 323 rushing yards and 511 in total offense as they clinched second place in District 6AI-2 and a first-round home playoff game. Isaiah Jacobs rushed for a then career-high 201 yards. Owasso came up with three turnovers, including an Omarr Barker 60-yard interception return for a score, and held Putnam North to 177 total yards.

Scouting the Panthers: PC North has lost three of its last four games after a 5-0 start, a skid that eliminated the Panthers from postseason contention. Last week, North squandered a 10-point lead over Mustang in the second quarter in a 37-34 loss. QB Aaron Norment accounted for four TDs against the Broncos, but North did commit three turnovers. The Panthers have eight giveaways in their three losses.