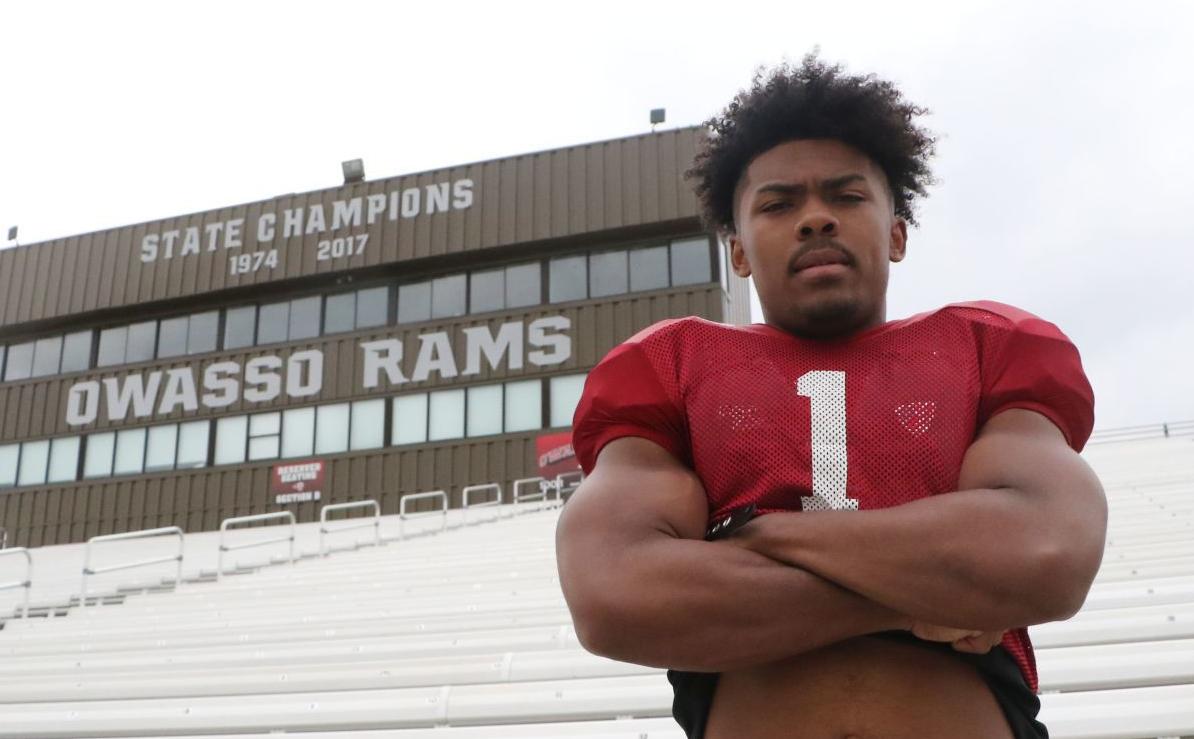 Owasso senior Isaiah Jacobs was in the All-World preseason running back rankings for the second consecutive year. SHAWN HEIN/Owasso Reporter 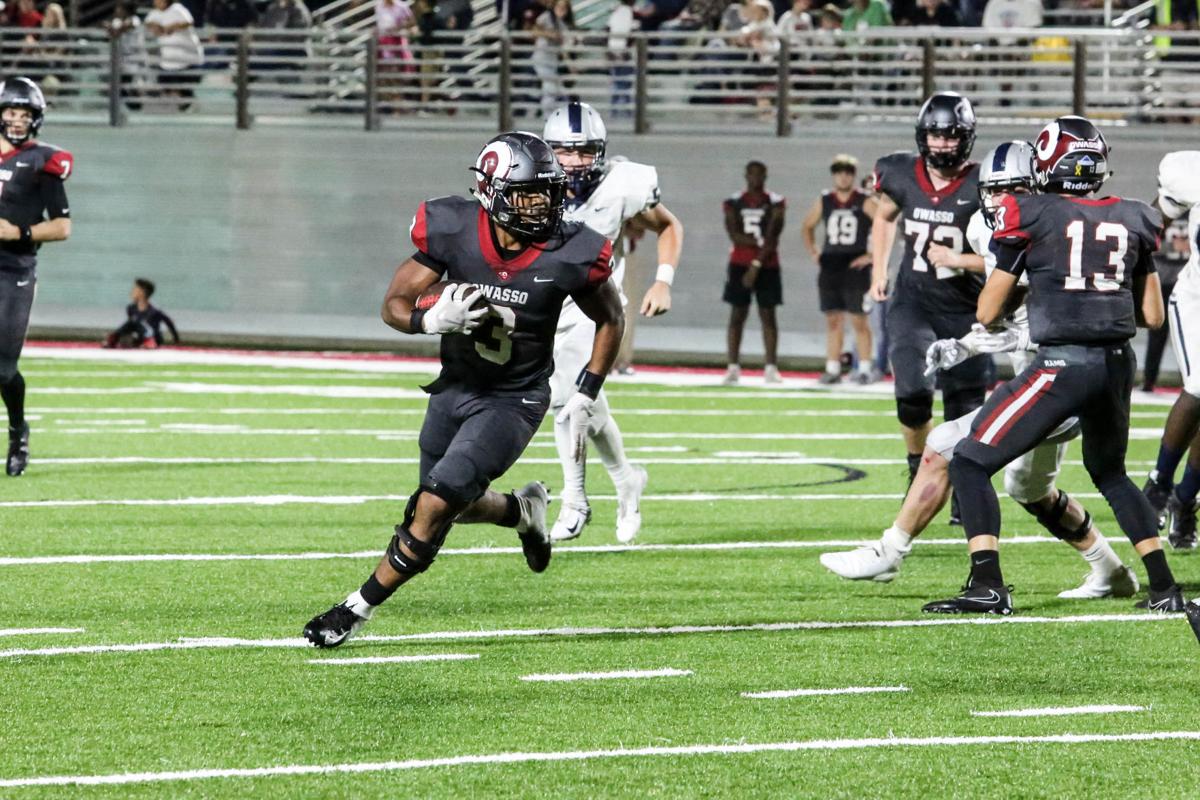 Owasso senior Isaiah Jacobs was in the All-World preseason running back rankings for the second consecutive year. SHAWN HEIN/Owasso Reporter

Owasso’s Isaiah Jacobs enters his senior year of high school receiving much more attention from college recruiters than his brother did.

Josh Jacobs attended McLain in 2015, went on to play in college at Alabama and was chosen in the first round of the NFL draft by the Oakland Raiders. And after his success, coaches were not about to get caught sleeping again when word of his younger brother, Isaiah, began to gain steam on the recruiting trail.

The 5-foot-10, 208-pound running back already has received scholarship offers from numerous Power Five schools. Michigan, Nebraska, Oklahoma State, Arkansas, Mississippi and Maryland are among those who are in on the Jacobs sweepstakes, as are Tulsa and Memphis.

“I don’t think there’s any question that one of the things he has going for him is his DNA,” Owasso coach Bill Blankenship said, “because people are so enamored or infatuated with his brother that they want to know Isaiah’s story. Isaiah’s not going to go under the radar like his brother did.”

Jacobs opened the season with a 201-yard rushing effort last week in a 47-34 win over Bentonville (Arkansas) West.

Jacobs and the Rams take on Fayetteville (Arkansas) Friday in their 2019 home opener. Kickoff is set set for 7:30 p.m. at Owasso Stadium.

Jacobs said gaining interest from major programs is humbling, considering what his brother endured, but it still serves as a motivational tool.

“Any offer when I get it is kind of unexpected,” he said. “I feel as if all the work I’ve put into this is finally starting to pay off. I feel like I’ve got to keep putting in that work even though I am receiving offers.”

Naturally, DNA isn’t the only thing going for the younger Jacobs.

Last season, Jacobs rushed for 1,024 yards and nine touchdowns. He also had 27 receptions for 296 yards. All of that, despite missing the first four games with a leg injury.

Jacobs, who averaged 6.8 yards per carry, ran for at least 100 yards in each of the seven full games in which he played in 2018.

Jacobs appears to be recovered from that leg injury as well as a collarbone injury he suffered in the Class 6AI state semifinal against Broken Arrow.

Throughout the offseason, Jacobs’ workout feats have populated social media.

One highlight showed him lifting 355 pounds on a single-leg squat.

Despite adding 20 pounds to his frame, Jacobs still has managed to maintain his 40-yard dash time. A video clip showed Jacobs clocking a laser time of 4.59 seconds on the field at Owasso Stadium.

“The numbers he has put up in the off-season have been nothing short of spectacular,” Blankenship said about Jacobs. “Now that (college coaches) have been here to see him during the spring, he checks all the boxes for them.”

Already known for a physical running style, Jacobs said his body is even better equipped for the punishment going into the fall.

“I feel as if I’m way stronger,” Jacobs said. “I know this year it’ll be 10 times different. (Last year), in my mind, I was bigger than what I really was. Now that I’m actually more physical and bigger, it’s actually easier to take those hits to people.

“I’m just ready for the season.”

Scouting Fayetteville: The Bulldogs are on their fourth head coach in five years as Casey Dick takes over for Billy Dawson. Owasso coach Bill Blankenship led Fayetteville to an Arkansas Class 7A state title in 2016…WR Connor Flannigan, one of six returning starters on offense, led the state with 102 receptions to go with 1,695 yards and 20 TDs…Fayetteville has six returning starters on defense as well, led by ILB Quade Mosier, who has committed to play at Central Florida.

Last meeting: Blankenship’s return to his former school did not go as hoped as Fayetteville scored TDs on five consecutive possessions and withstood a late Ram rally to hand Owasso its first loss in 11 games with a 45-31 decision last season. The Rams accumulated 475 yards of offense, but surrendered 597 to Fayetteville.