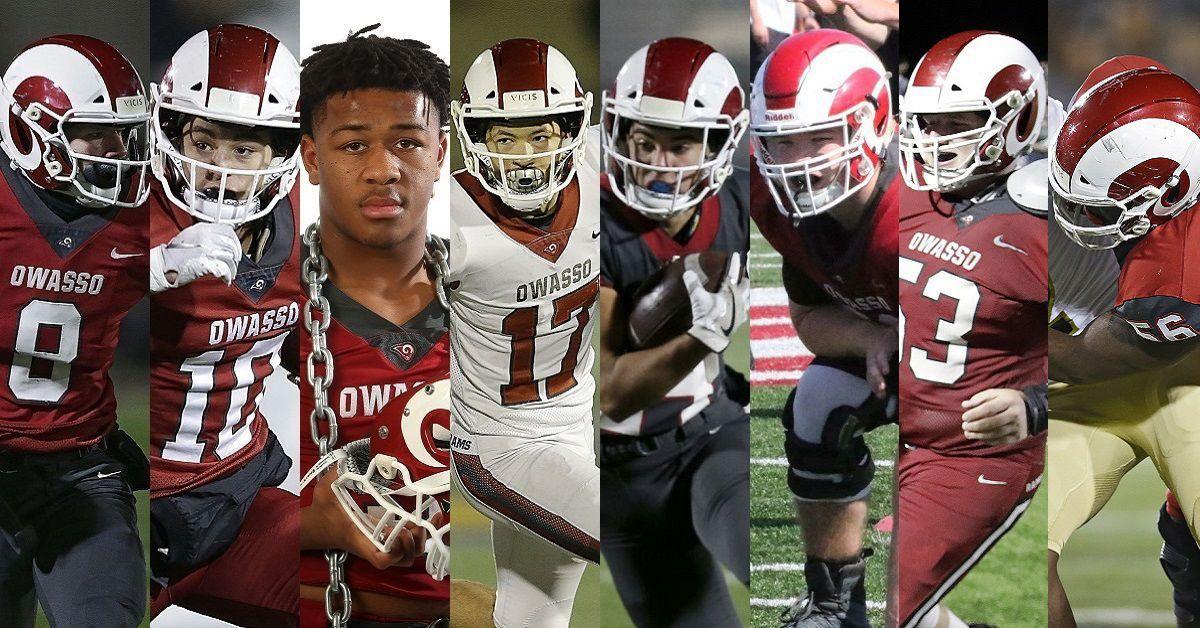 Owasso’s Brenden Dye runs after an interception during their football game against Norman in the first round of the 6AI football playoffs Friday, Nov. 15, 2019. MIKE SIMONS/Tulsa World 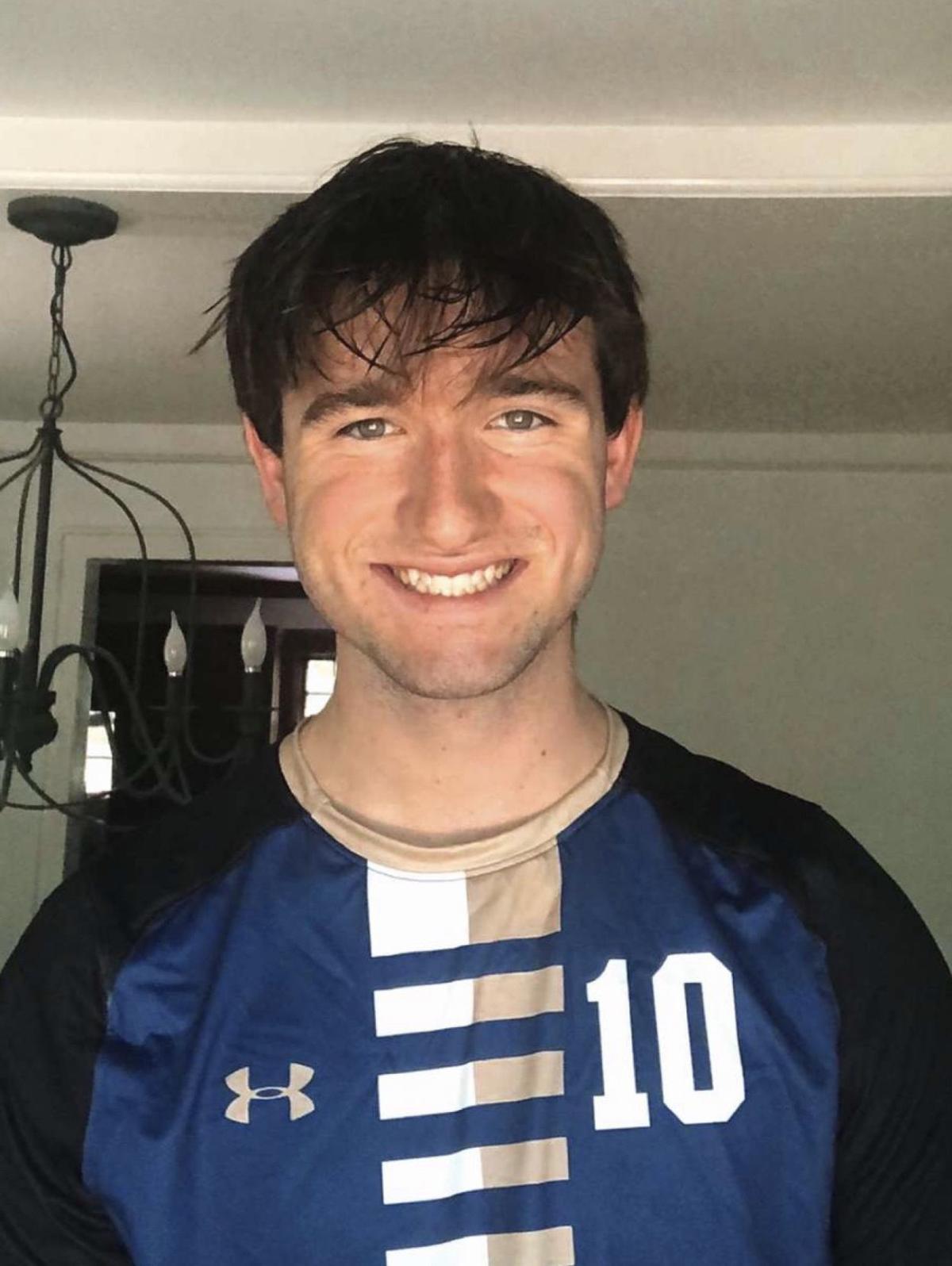 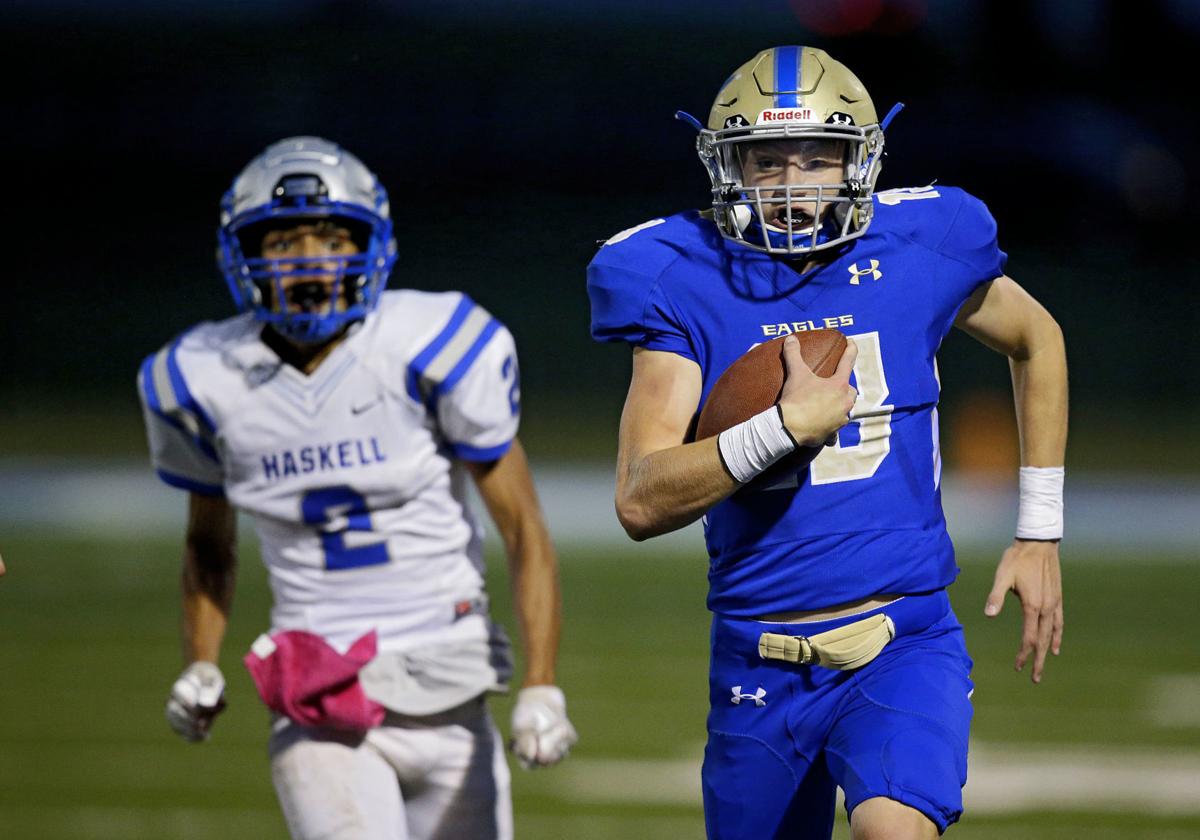 Owasso’s Brenden Dye runs after an interception during their football game against Norman in the first round of the 6AI football playoffs Friday, Nov. 15, 2019. MIKE SIMONS/Tulsa World

Last year’s top team in the state will have a bus load of players garnering early recognition prior to the upcoming high school football season.

Owasso had nine players nominated for the 2020 All World Preseason Football Contest presented by Bill Knight Automotive, the most of any school. Stillwater had the second most nominees with six.

Voting is underway and will continue through 3 p.m. Aug. 13. The winners will be announced in the Tulsa World and at OKPrepsExtra.com in late August. Cast your vote HERE.

Sophomore Cole Adams and junior Kelan Carney were nominees at wide receiver along with seniors Dillon Gilbert and Hudson Moseby at offensive line. The Ram defense also had four chosen with junior Michael Jamerson up front, seniors Brenden Dye and Emaud Triplett at linebacker and senior Gage Laney at defensive back. Senior kicker Hagen Hood is a nominee as well.

Carney has led the Rams with receptions in each of his first two years on varsity. The 6-foot-0, 170-pound pass catcher tallied 552 receiving yards and seven touchdowns, the most among returnees. Adams busted onto the scene a year ago as a freshmen with his big-play ability. Adams tallied 675 total yards and eight touchdowns on just 34 touches.

Gilbert and Moseby lead a veteran group at offensive line that returns virtually intact. The two were part of a front that paved the way for unit that averaged more than 41 points and 470 yards per game during Owasso’s first unbeaten season and the Class 6AI crown.

On the defensive side of the ball, Jamerson racked up 34 tackles, three tackles for loss, three sacks and caused two fumbles. At linebacker, Triplett, a 2019 All World Defensive Player of the Year candidate, led Owasso with 140 total tackles with eight sacks and eight additional tackles for loss. Next to Triplett is Dye, who tallied 112 tackles, seven sacks and a team-high three fumble recoveries. Laney is the lone returning starter in the secondary, a season after he led the Rams with five interceptions and tied for team-high honors with eight passes defended.

Hood stabilized early kicking woes when he converted on 32 of 34 extra-point attempts and 3-of-5 field goal tries.

Wilson collected a team-best six interceptions during the Eagles’ 13-1 campaign and was a weapon in the return game. As a freshman, he averaged nearly 53 yards on kickoff returns and 22 yards per punt return with two touchdowns on a combined 11 attempts.