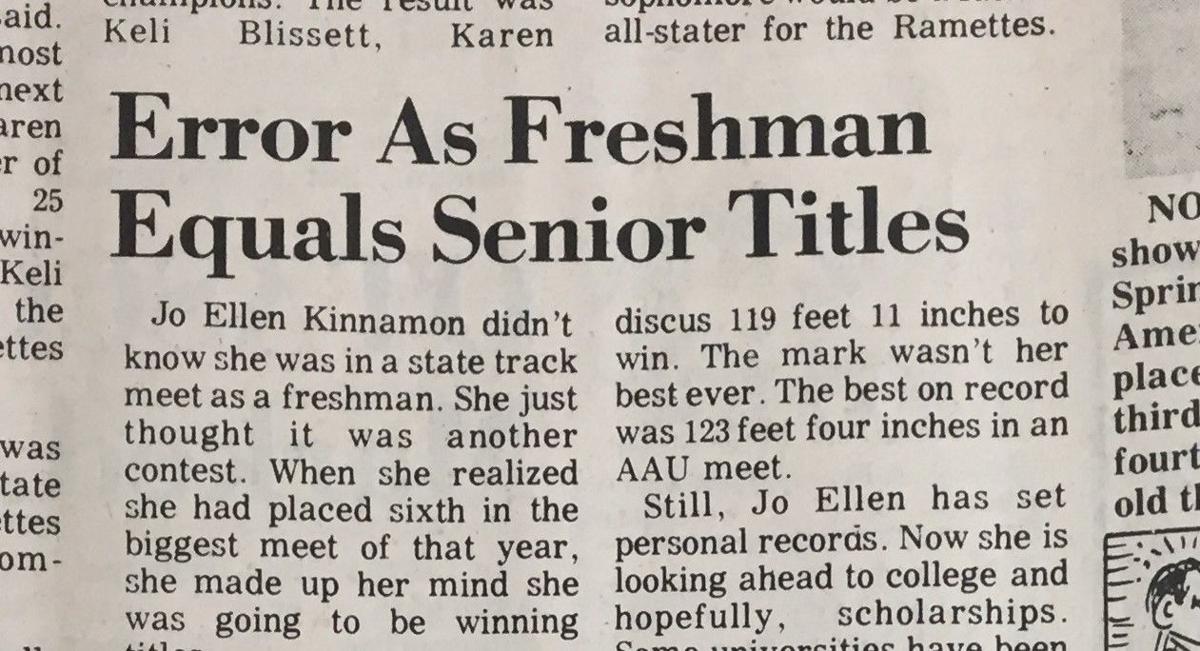 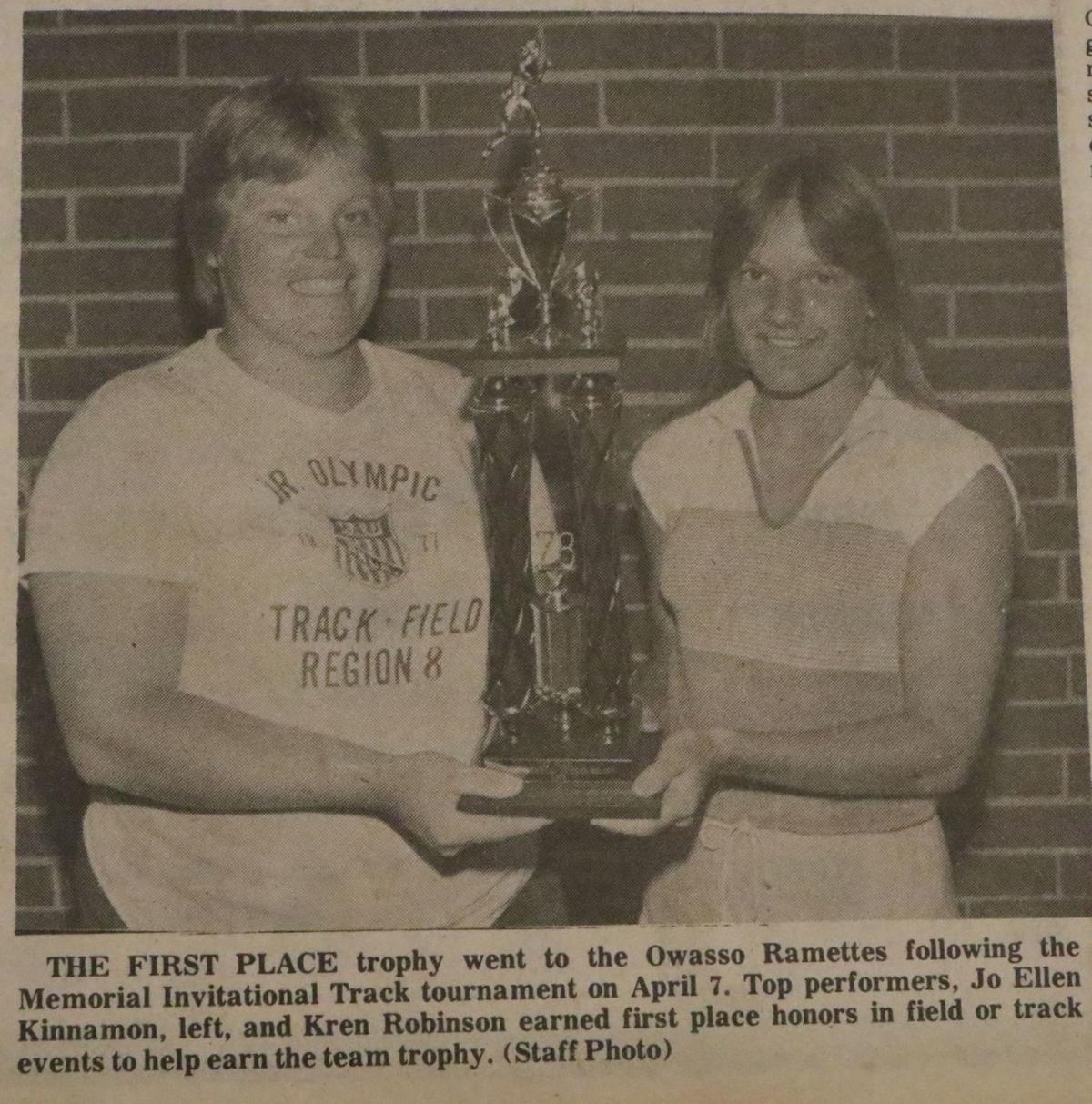 Jo Ellen Kinnamon didn’t know she was in a state track meet as a freshman. She just thought it was another contest. When she realized she had placed sixth in the biggest meet of that year, she made up her mind she was going to be winning titles.

Jo Ellen’s specialty for the Owasso Ramette track team is the discus and shot put competition in the field events.

“When I realized what I had done as a freshman, I made up my mind to do better,” she said. As a sophomore, she earned first in the shot put. She went for the discus event, but scratched. “I was a bit overeager,” she admitted. She earned honors in the discus as a junior and fourth in the shot. “I thought I did well in the shot put competition then,” she admitted. “I hit my goal of 40 feet.” While this was the best try for Jo Ellen for the season, other girls were over the mark she had set.

It was Jo Ellen’s day on May 12. She won the shot and knew she had a good chance at the discus. “I was praying during the competition,” she admitted. “Deep down, I knew I could win. Outside, it didn’t show. I was scared.”

When she won, Jo Ellen was jumping up and down for joy. She had beaten a girl who had won at the regional meet who felt that the Owasson wouldn’t be any competition at state.

It was true, the girl from Miami had won the regional meet easily. What she didn’t realize was that Jo Ellen was just trying to qualify for the state. She strained some muscles.

“I made up my mind I was going to give 110 percent to win the shot and discus events,” Jo Ellen commented. She threw the discus 119 feet, 11 inches to win. The mark wasn’t her best ever. The best on record was 123 feet, 4 inches in an AAU meet.

Still, Jo Ellen has set personal records. Now she is looking ahead to college and hopefully, scholarships. Some universities have been talking to her, but no decision has apparently has been made.

With the remainder of the 2019-20 high school sports season coming to an end due to the coronavirus pandemic, the Reporter continues its serie…