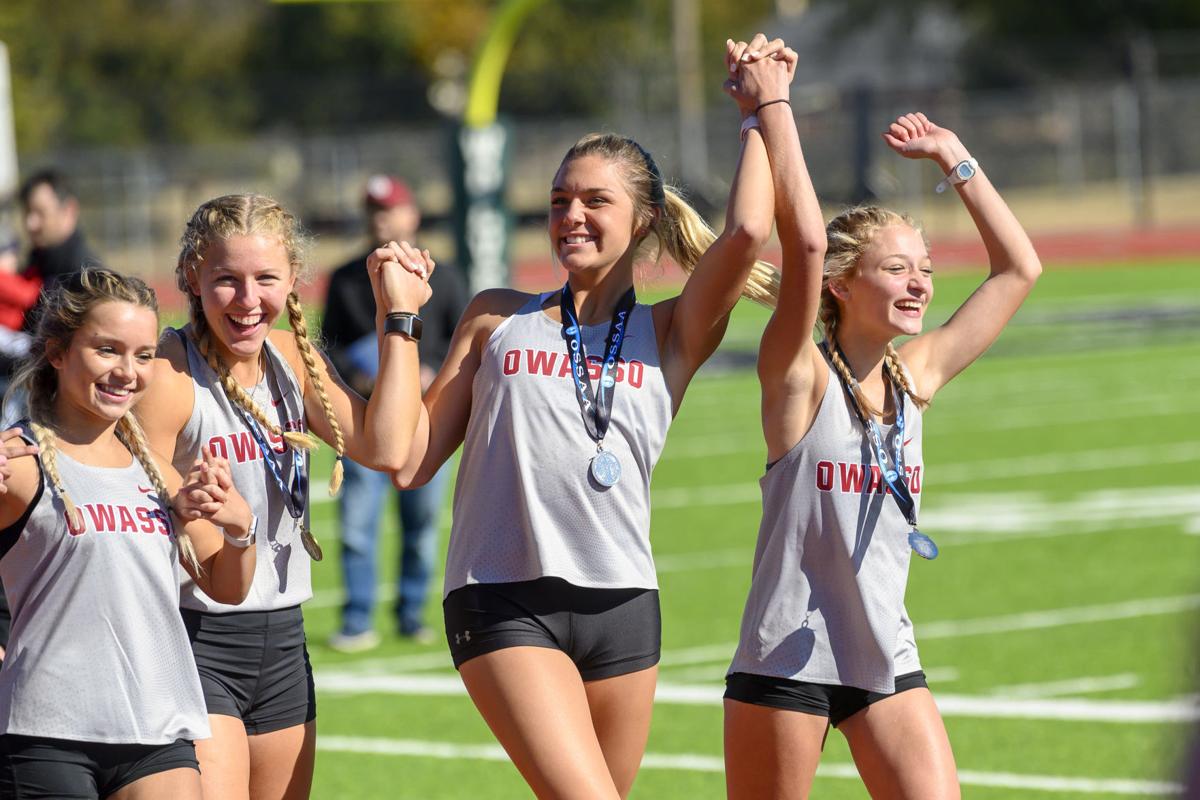 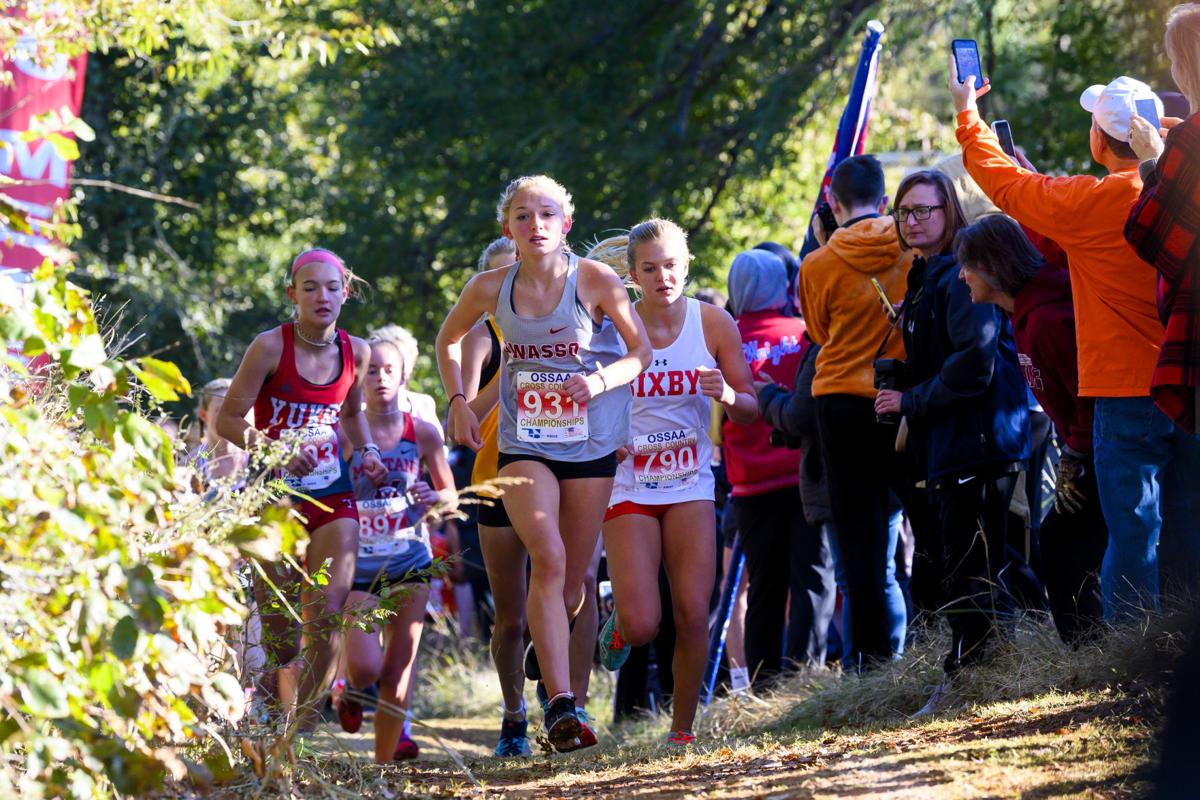 EDMOND – Just like a season ago, the Owasso girls walked away from the Class 6A state cross country meet with the second place trophy.

Sierra Williams and Kennedie Rhein earned All-State honors while Grace Giesler claimed an individual medal as well on the Edmond Santa Fe High School course. The Rams tallied a respectable 91 points, bested in the team standings only by Jenks with 53.

But this runner-up finish felt more like an accomplishment for a Ram team that overcome injuries and illness throughout the season and yet ended the fall with a third podium trip in the last four seasons.

“Second place this year feels a lot different this year than last year,” said Owasso coach Blake Collins, referring to when Edmond Deer Creek edged out the Rams down the stretch for the 2018 title. “It felt like we fell into second place last year. This year, we got second place.”

Williams led Owasso with a sixth-place finish after she clocked a time of 19 minutes, 20 seconds.

“I was really satisfied because that was a jump from last year,” said Williams, the Ram senior who made a 17-place improvement at state from a season ago.

Rhein was right behind Williams in seventh. The Owasso freshman clocked a time of 19:28 despite running with a loose shoe for much of the 5K race.

Collins noted six of the seven Rams finished with PR’s on the day.

“If you can do that at state, you’ll take whatever you get,” Collins said.

Broken Arrow’s Payton Hinkle won the individual title with a time of 18:03.

On the boys’ side, Owasso finished 11th in the team standings. Edmond Deer Creek repeated as team champions, followed by Westmoore in second and Edmond Memorial in third.

Mustang’s Gabe Simonsen won the individual title for the second straight year as he finished in 15:39.