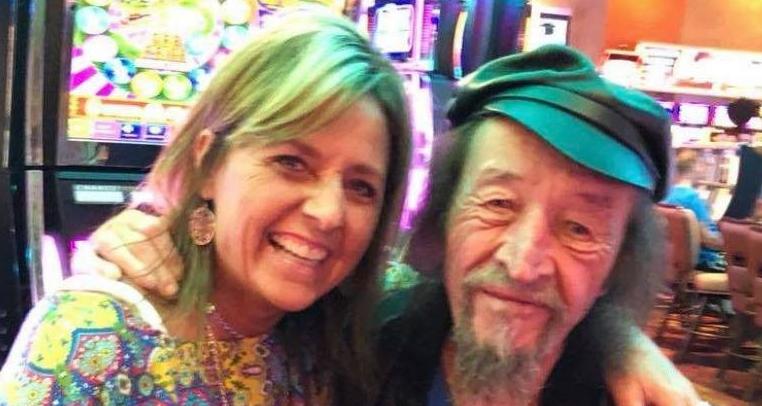 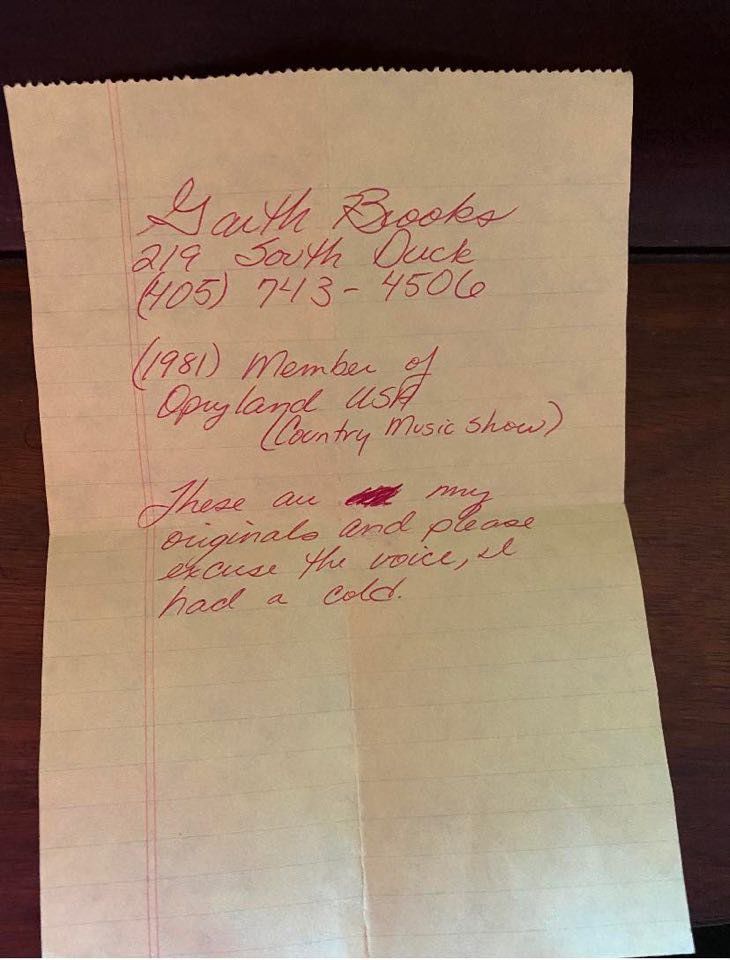 A representation request to Little Joe Hupp from Garth Brooks that included a demo tape of four songs.

A representation request to Little Joe Hupp from Garth Brooks that included a demo tape of four songs.

For some people, Joe Hupp was known as the Ol’ Hippie that had a personal nine-hole golf course on his property near Mannford. To music lovers, Hupp was a music legend that lived a life most could only dream of.

Joseph Ferdinand “Little Joe” Hupp died Saturday, May 9, 2020 at Select Specialty Hospital in Tulsa at the age of 78. Hupp was an old, laid-back hippie who had a favorite saying: “Don’t worry about it.”

Hupp grew up in Nebraska and started his music career, playing keyboards and guitar in the band “Little Joe and the Ramrods.” From there, he started the band “The Smoke Ring” that played all over the country, including an episode of Dick Clark’s American Bandstand. The band recorded at legendary Sun Studios in Memphis, Tenn., and they signed with a record label. The Smoke Ring then set out on a major tour and opened for some of the biggest names in the late 1960s and early 1970s. One of the latter versions of The Smoke Ring had Tommy Shaw of STYX on lead vocals.

Hupp was a devout Catholic, and, while on the road, no matter what, the tour bus pulled up to a Catholic church for mass every Sunday.

“When we were kids, (missing mass) wasn’t an option. We went to mass every Sunday in Mannford. We did not miss,” said Hupp’s son, Joel Hupp.

After Hupp was winding down his playing career, he started booking and promoting bands.

He gave some of those stars their big break. He even worked with local music legend, I.J. Ganem.

“Hupp was one of the nicest, smartest and most honest guys in the music business. I casually knew Joe for years but really got to know him after he left the Halsey Agency to come to work for us at Total Artist Group, a talent agency a friend and I had started,” Ganem said. “At one time in his career, Joe knew everyone in the music industry and everyone knew Joe and his deep voice. You knew it was Joe calling from the first word he spoke. He was old school and still used index cards although most of his contacts were in his head. He was definitely a one of a kind, and there will never be another Huppster.”

In 1975, Hupp took his wife and five children to Nashville, Tenn., working for the Nova Agency. Not too long after, the Hupps moved to Oklahoma and Hupp started working for the Jim Halsey Agency. After stints at Spotlight Enterprises and the Halsey agency again, Hupp decided to start his own company, Joe Hupp Enterprises.

Hupp’s wife, Janice, and their five children, Joni, Jay, Jamie, Joel, and Jon, were along for the ride, and they got to experience music unlike any other family. The kids got to attend the biggest concerts in the area and were even put to work at the shows.

Hupp was buried in an ‘Ol Hippie Golf t-shirt along with the flag from the ninth hole.

The Hupp family has a ton of stories about the music industry. They had a dog “Rusty” given to them by a woman named “Cocaine Katy” that was featured in the Dr. Hook song “The Cover of the Rolling Stone.” The Bellamy Brothers mentioned him in a song, Leon Russell stayed on their houseboat all the time, and the Oakridge Boys were a fixture at their house, constantly.

He was also good friends with sculptor, Jon Leitner, who sculpted the Rocky Balboa statue for the Rocky movies.

“One day, dad threw a record down on the table and said ‘these ladies are going to be huge.’ And it was The Judds,” said his daughter, Joni Johnson.

Little Joe Hupp did have an artist that got away. In the 1980s, a young singer-songwriter gave Hupp a demo cassette with four songs. That artist was Garth Brooks, and Hupp didn’t sign the young musician. The Hupp family took the letter Brooks wrote and had it etched in glass and framed.

“He got hundreds of tapes and letters a month, back then. We’ve been going through his old boxes and we’re finding tapes that haven’t been opened,” Joni Johnson said.

The letter from Brooks read:

These are my originals and please excuse the voice, I had a cold.

The family still has the letter, and they found the cassette tape with four songs from Garth Brooks and Oklahoma’s Own. The songs include: “Blue Rose” “You’re Everything I Wanted” “The Simple Life” and “Heaven Must Have One Hell of a Band.”

They also found a reel-to-reel tape that was labeled “Early making of Great Balls of Fire – Jerry Lee Lewis.”

Hupp had a hernia surgery around 20 years ago but scar tissue had built up in his abdomen. Recently, he had surgery to fix the issue but died from complications.

Hupp is a member of music halls of fame in Iowa, South Dakota, and Nebraska, but his son, Joel, wants his dad to be remembered for being a great family man.

“He was a music legend. That’s not arguable, but he raised five successful kids and taught us right from wrong. For the most part, he kept up headed down the right path and out of trouble,” his son Jay Hupp said.