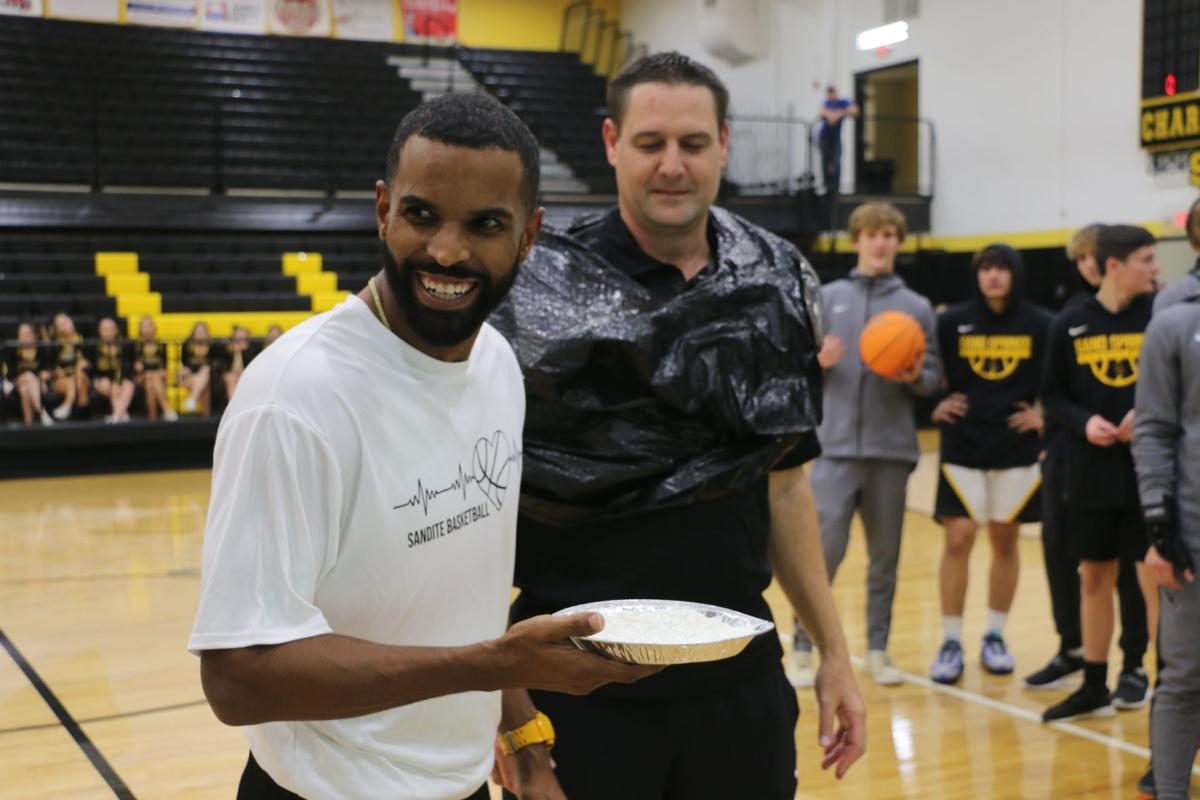 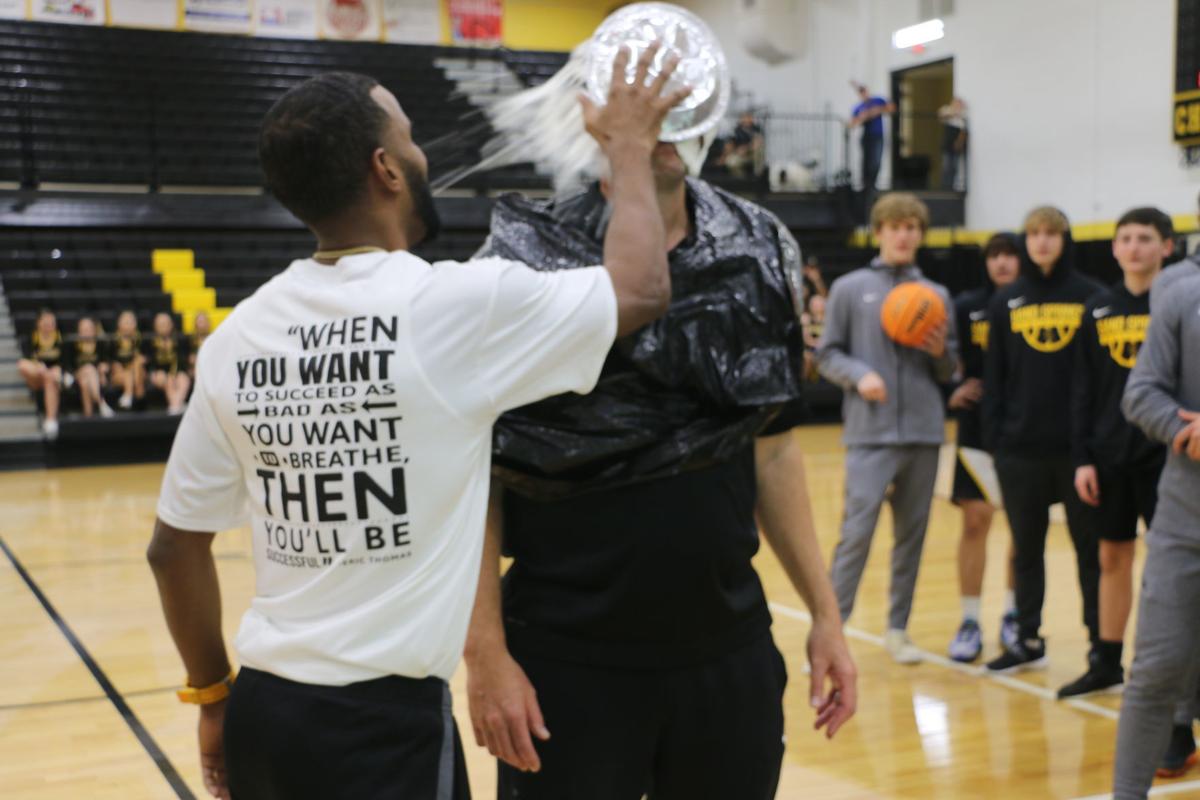 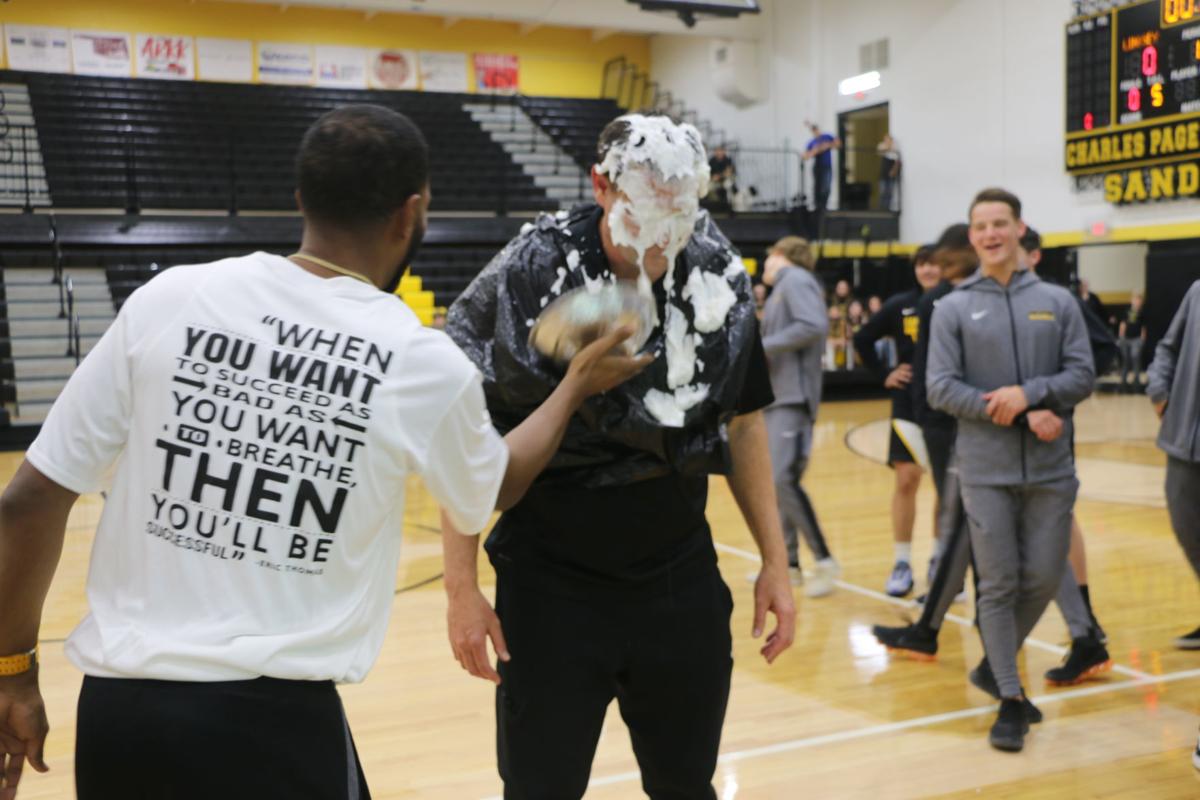 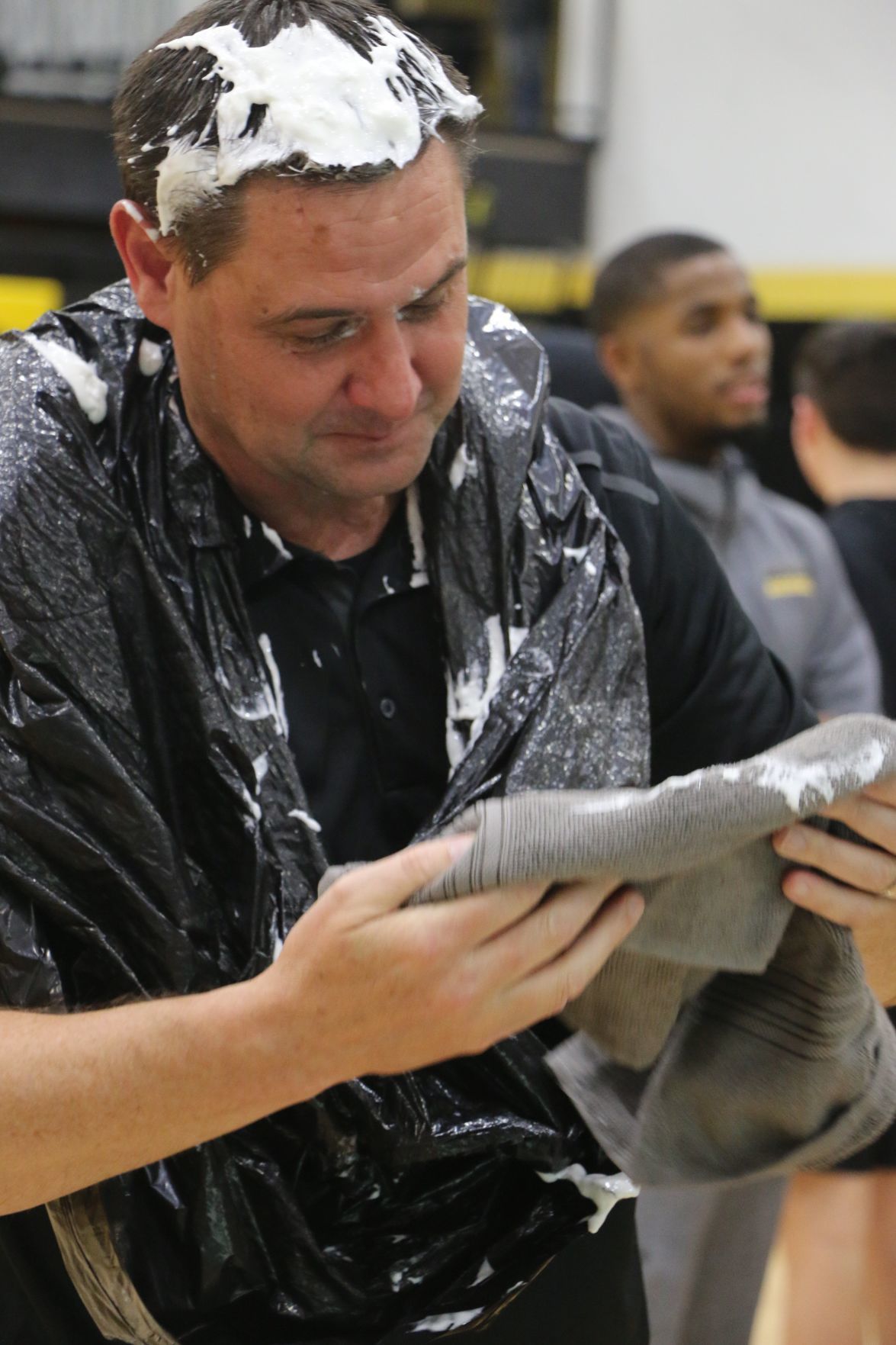 Meet the Sandites is a way for Sandite basketball fans to meet the new team for the 2019-20 season, but it also has a bit of a competition element to it.

There was a 3-point contest, a free-throw contest, and one of the head basketball coaches had to face the music.

The boys faced the girls in the both competitions, and Davon Richardson and Marlo Fox won the 3-point contest, and Josh Minney won the free-throw contest.

The girls lost both events, but they are better salesmen than the boys.

Each football season, Church That Matters hosts a meal before each home game, and the individual sports sell tickets to raise money for their respective programs.

The basketball teams decided to spice things up and whichever team sold more tickets the head coach would get hit in the face with a pie at Meet the Sandites.

The girls won by a single ticket.

“It’s a competition so, yes, we were out to out-sell the girls team,” Savage said. “They said we lost by one ticket. I think we will be present for the ticket count in the future.”

The Sandites kick off the new season at home this week with Ponca City, and the girls team is basically starting over. Seniors Holly Kersgieter, Destiny Johnson, and Isabella Regalado are playing at their respective colleges, and Madison Burris, Raegan Padilla, and Darrian Jordan are the returners with the most experience.

For the boys, Davon Richardson, Marlo Fox, and Josh Minney are back.

“I think it went well,” she said. “We had a great turnout of basketball supporters, parents, and volunteers that made the event a success. Our high school and junior high cheer teams performed and helped with the energy of the night. And, most importantly, we introduced our basketball teams and showed them we are ready to watch and cheer them on this season.”

In the fall, the athletic department hosts the Meet the Sandites football edition.