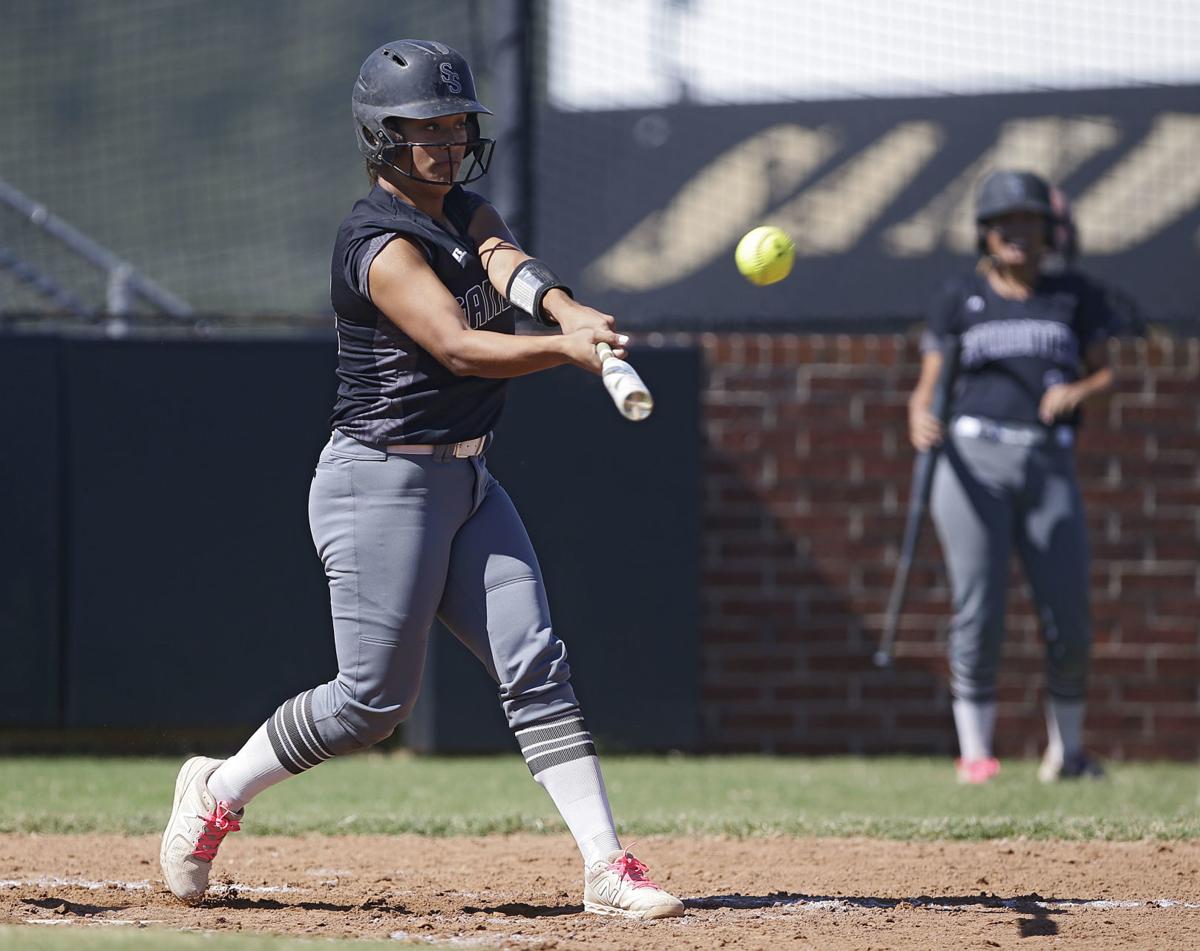 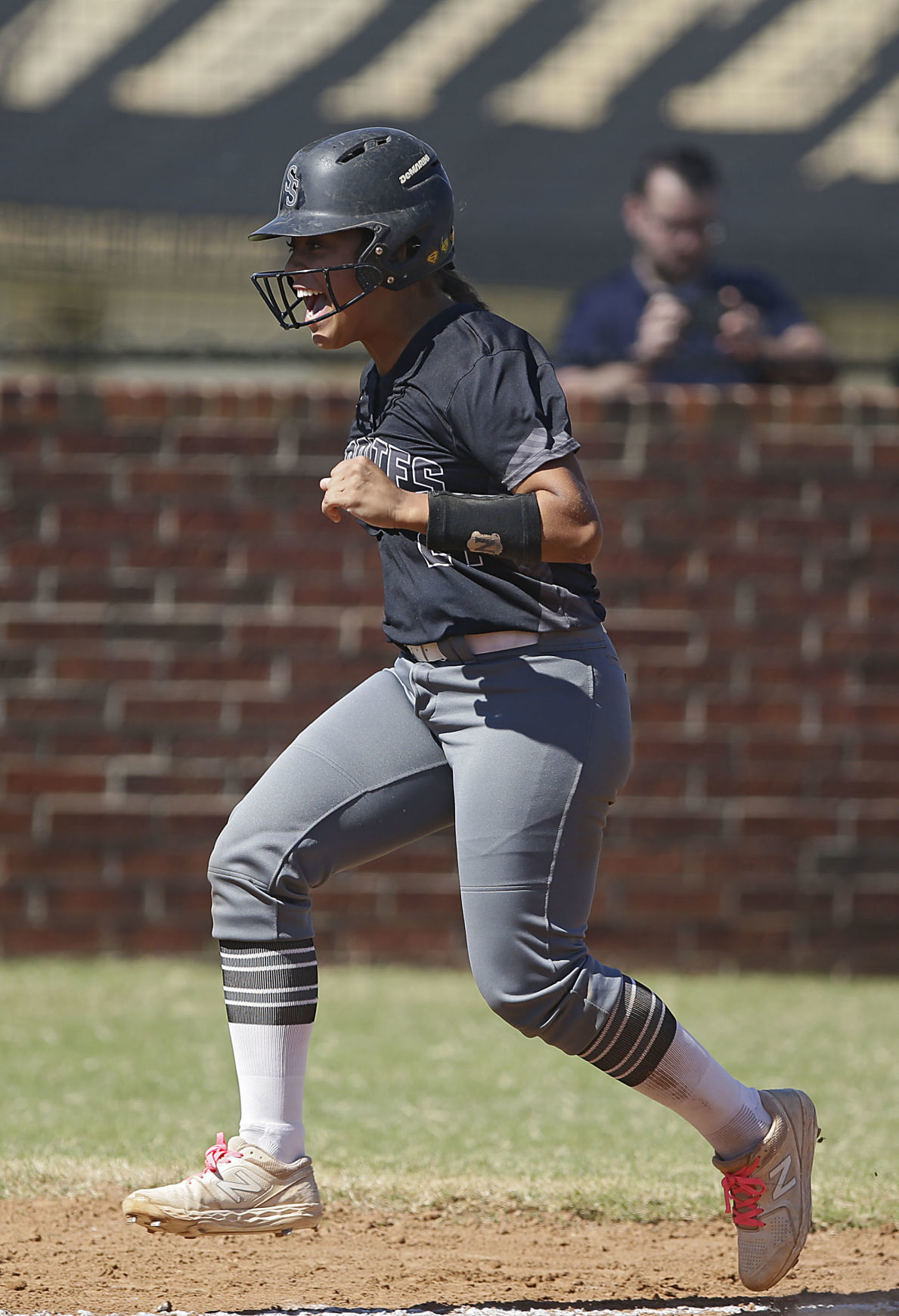 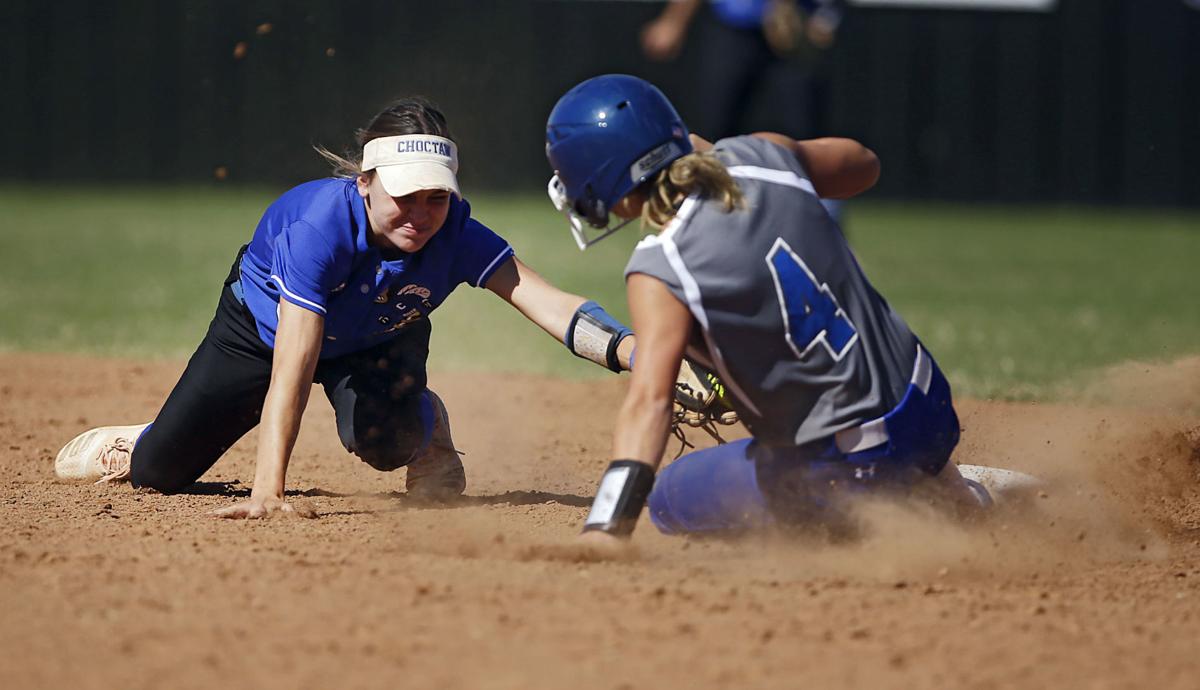 The Sandites stranded 12 runners on base and had the bases loaded in the top of the seventh inning before a game-ending double play allowed Choctaw to escape with a 4-2 victory in a winners’ bracket game of the Class 6A softball regional at the Sand Springs Sports Complex.

“That’s been our story this year,” Sand Springs coach Shelli Brown said about the missed opportunities her team had before falling short in the see-saw affair with the Yellowjackets (17-12).

The Sand Springs-Choctaw match was the last of four games played Tuesday in the four-team, double-elimination regional.

“We have done that (not capitalized on scoring chances) several times this season,” Brown added.

Now the Sandites (20-12) must fight their way back through the losers’ bracket and claim three wins Wednesday in order to return to the state tournament for a fifth straight year and seventh time in the last eight years.

Sand Springs will meet Highway 97 rival Sapulpa (9-18) in an elimination game at noon.

The Sandites would then need to beat the Yellowjackets twice to claim the regional crown.

Choctaw (17-12) snapped a 2-2 tie with a pair of runs in the bottom of the sixth inning. Tiffany Paul led off with a double against Sand Springs starter Aliyah Taff (10-7) and eventually scored on a throwing error. For good measure, Kaiden Borden slammed a two-out, solo home run to give the Yellowjackets a two-run cushion.

Sand Springs responded in its final at-bat, loading the bases on singles by Taff, Felicity Horn and Jaden Jordan.

But with one out, Makena Skaggs flied out and Choctaw right fielder Erin Woods’ throw home beat Horn, who was trying to score from third base, for the final out.

Sand Springs rallied twice from one-run deficits to knot the game at 1-1 and 2-2.

Sabrina Usher had an RBI double to knock in the Sandites’ first run in the fifth while Madison Lee plated her team’s second run with a single in the sixth. But Usher was retired with the bases loaded to end the inning. Sand Springs ended up leaving at least one runner on board in all seven innings.

Despite issuing five walks, Emma Jackson went the distance on the mound for Choctaw (13-10).

Sand Springs 19, Enid 1 (5 innings): The Sandites’ first six batters reached base and scored while Usher crushed a grand slam during an eight-run third inning as Sand Springs opened regional action with the runaway, run-rule win. Horn had four hits while Avery Tanner and Reagan Rector each drove in three runs to back the pitching of Mackenzie Bechtold (7-3).

Choctaw 14, Sapulpa 1 (6 innings): The Yellowjackets erupted for six runs in the fourth then ended the game by run rule with a four-run sixth inning.

Sapulpa 13, Enid 3 (5 innings): The Chieftains scored in every inning and put the game away early by combining for nine runs in the fourth and fifth innings. Senior Ally Zanca (4-6) pitched the first two innings before being replaced on the mound and then was re-inserted in the third inning and went the final 2.1 innings as the Chieftains ended the season for Enid (5-28) in an elimination game.