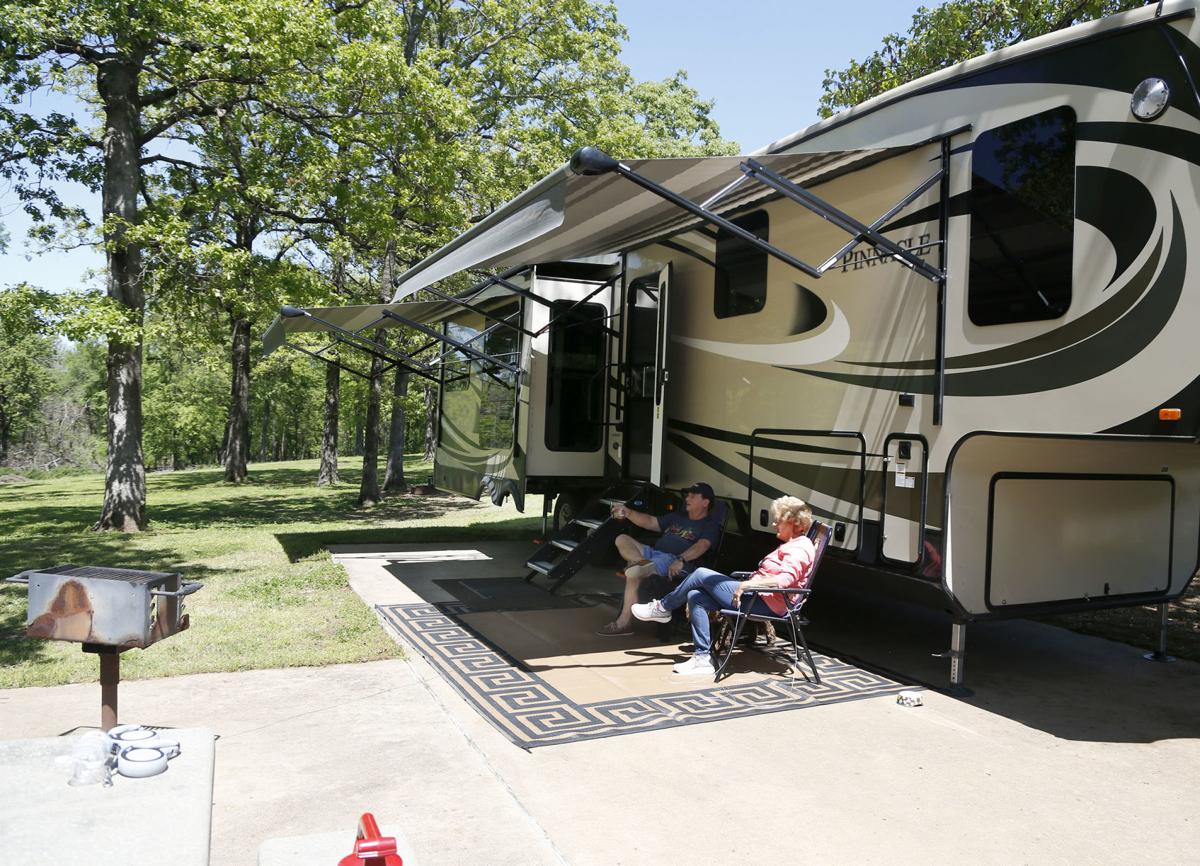 Two campers enjoy the weather under their RV awning at their campsite at Sequoyah State Park in Wagoner. 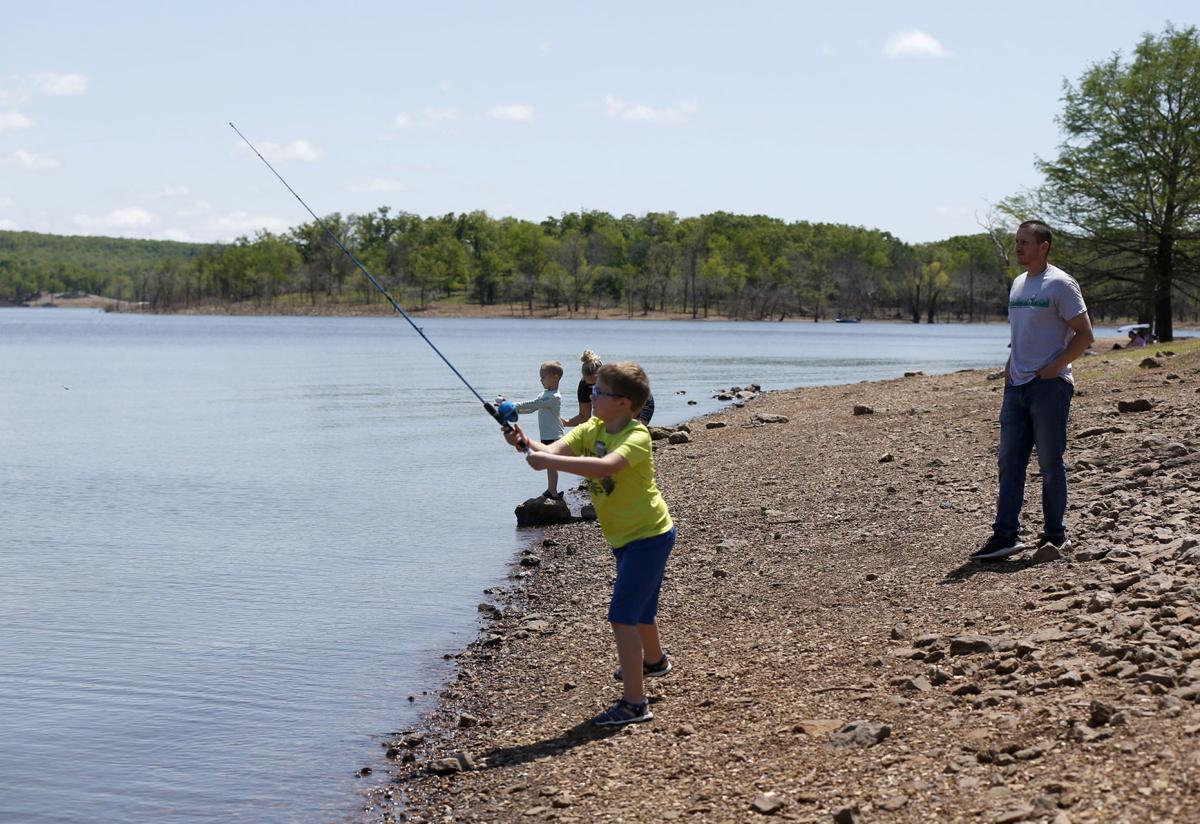 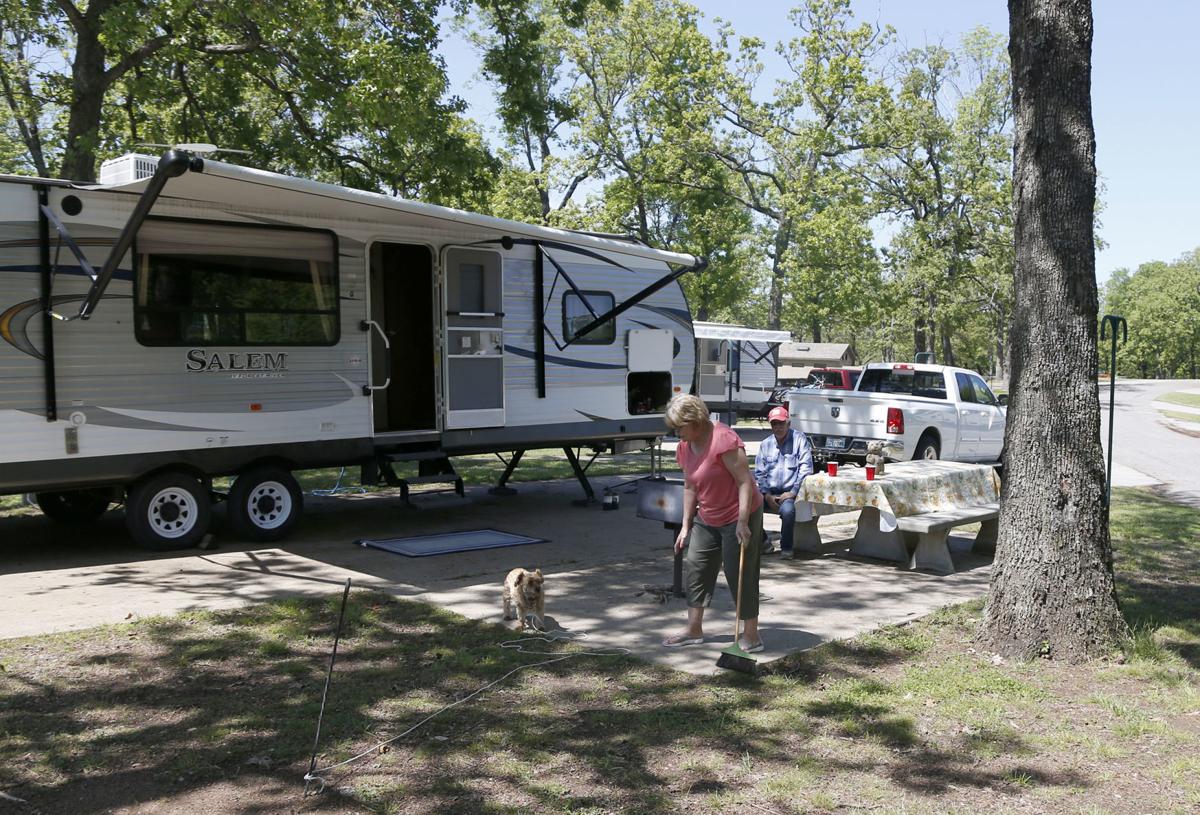 Two campers and their dog enjoy the weather at their campsite at Sequoyah State Park in Wagoner. STEPHEN PINGRY/Tulsa World 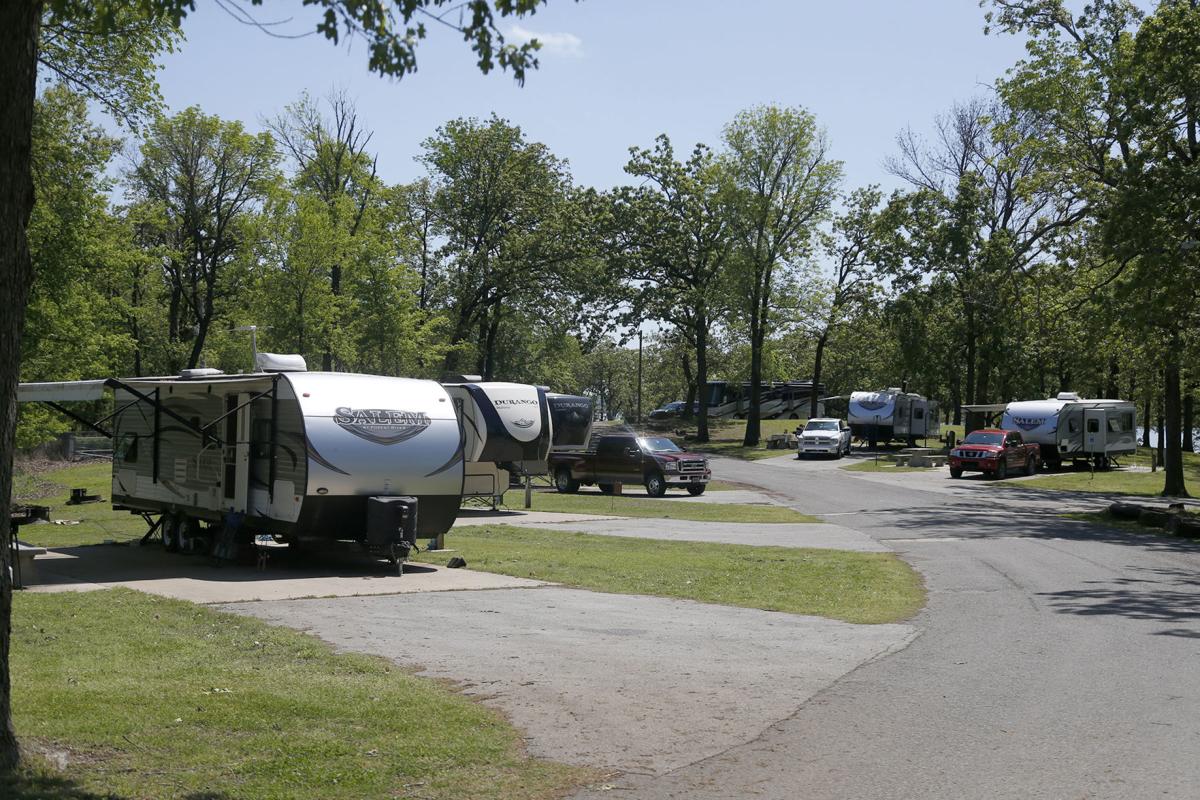 RVs are set up at campsites at Sequoyah State Park in Wagoner. STEPHEN PINGRY/Tulsa World

Two campers enjoy the weather under their RV awning at their campsite at Sequoyah State Park in Wagoner.

Two campers and their dog enjoy the weather at their campsite at Sequoyah State Park in Wagoner. STEPHEN PINGRY/Tulsa World

RVs are set up at campsites at Sequoyah State Park in Wagoner. STEPHEN PINGRY/Tulsa World

It’s not exactly what Dorothy said in the Wizard of Oz, but campers this season of COVID-19 sheltering would indeed say there is “no place like home” — away from home.

RV and tent campers are hitting the hills of Green Country lakes at campgrounds that are happy to have company after out-of-state travelers canceled their bookings due to COVID-19 restrictions.

Some of the campers are pretty determined, too.

“It’s just that people want to get out of the house,” said Jim Hassel, owner of Stoney Ridge Campground near Skiatook Lake. “After the rain Wednesday, my tent camping area was sopping wet. I met some tent campers who really wanted to stay anyway, and we walked around and looked for quite a while. They finally gave up and said they’d come another time.”

The campground was busy over the winter with construction crews who were shut down, then he had cancellations from out-of-state travelers, but local bookings materialized to fill the slots, Hassel said.

“Now, we’re getting a lot of people that just want out of the house, and they figure camping is a good way to get social distance,” he said.

He has a lot of campers from nearby Tulsa and Claremore — both only a 30-minute drive away.

Down the road at Salt Creek Marina on Keystone Lake, owner Tim Adams said Tuesday before storms rolled in the lake finally had dropped to normal and people lined up for camping spots and lined up in rows for the boat ramp, even though they knew the fishing wasn’t great yet, he said.

“It was almost feeling like a holiday weekend crowd,” he said. “People are just wanting to get out. We have a good forecast ahead so I’m sure it’s going to get busy again.”

He has a waiting list of 25 people for his campground spaces.

“I guess we lost out in one way and were blessed in another,” he said.

Tulsa District U.S. Army Corps of Engineers reports that it is coordinating park and campground openings with the Southwestern Division Office in Dallas.

“Preliminary plans show a phased opening approach in the Tulsa District,” said district spokesman Preston Chasteen. “The one thing we’d like everyone to remember is, our primary goal in reopening our parks will be the safety of our employees, contractors and members of the visiting public.”

Once plans are firm and dates are established, the Corps will notify the public through social media and local news outlets, he said.

Oklahoma’s state parks and campgrounds remain open, and they are busy.

For some campgrounds, the early bump to the camping season is an especially welcome blessing after storms and floods last season.

Jess and Harriet Campbell at Lakewood Village Mobile Home and RV Park on Grand Lake said even their permanent residents have returned early.

“After all the storms last year, we had some residents come early this season just to check on their places and then their cities shut them down and they just decided to stay,” Jess Campbell said.

With the storms and floods, they lost 120 trees and docks, and they lost infrastructure for mobile homes, as well as RVs.

“We’ve got the park coming back, and the grass is growing and the trees are green,” he said. “We have all but three of the permanent homes completely back, we are putting in two more RV spots, we start work on a new dock on Monday, and the crappie are coming in too, so it’s all exciting,” he said. “This weekend, we’re down to where we only have three or four spots left.

“People are trying to get out of town, and with our place opening up, it makes us happy to see them coming and makes us excited for a good summer ahead.”

'Let's Talk' with Tulsa Mayor G.T. Bynum on opening business back up

Everyone’s lives have been changed by COVID-19. Our “Altered Lives” series will share stories from Oklahomans who are dealing with a new reali…