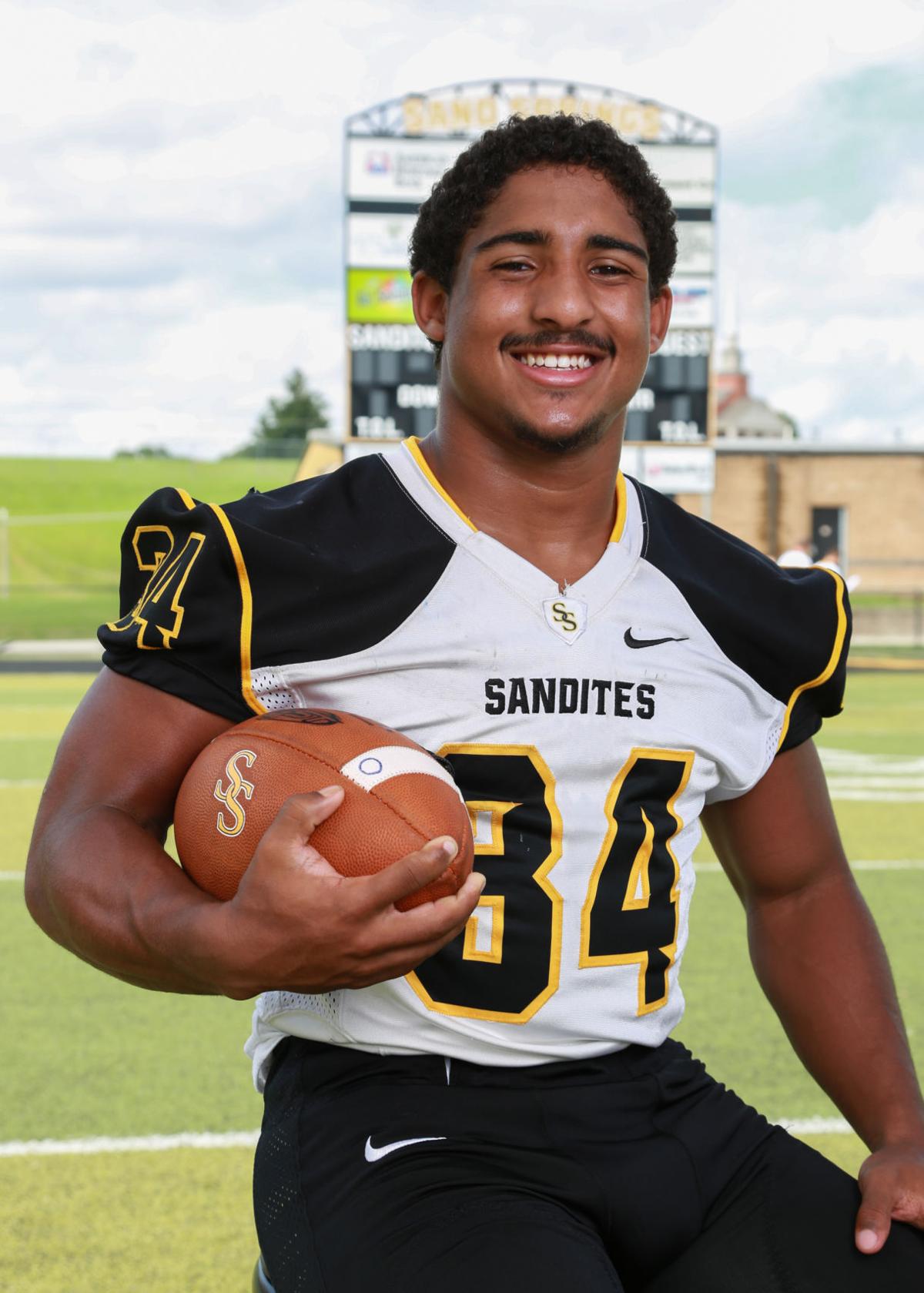 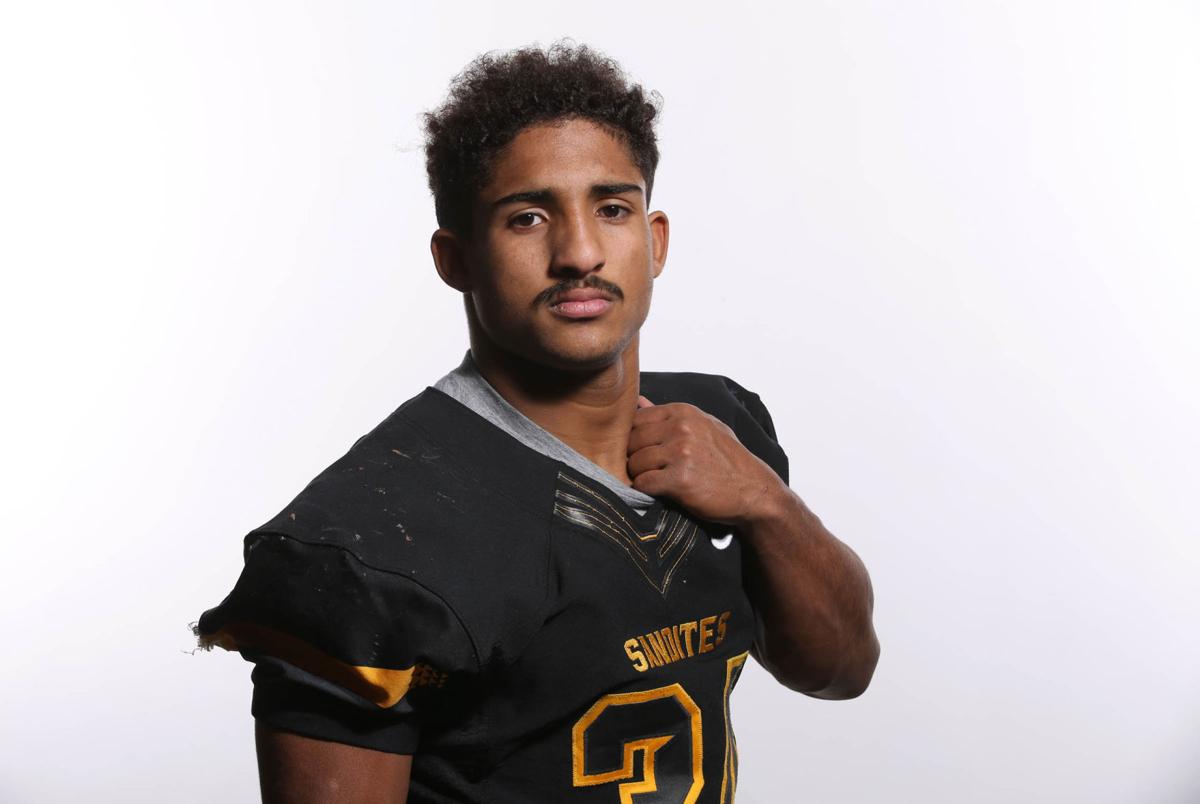 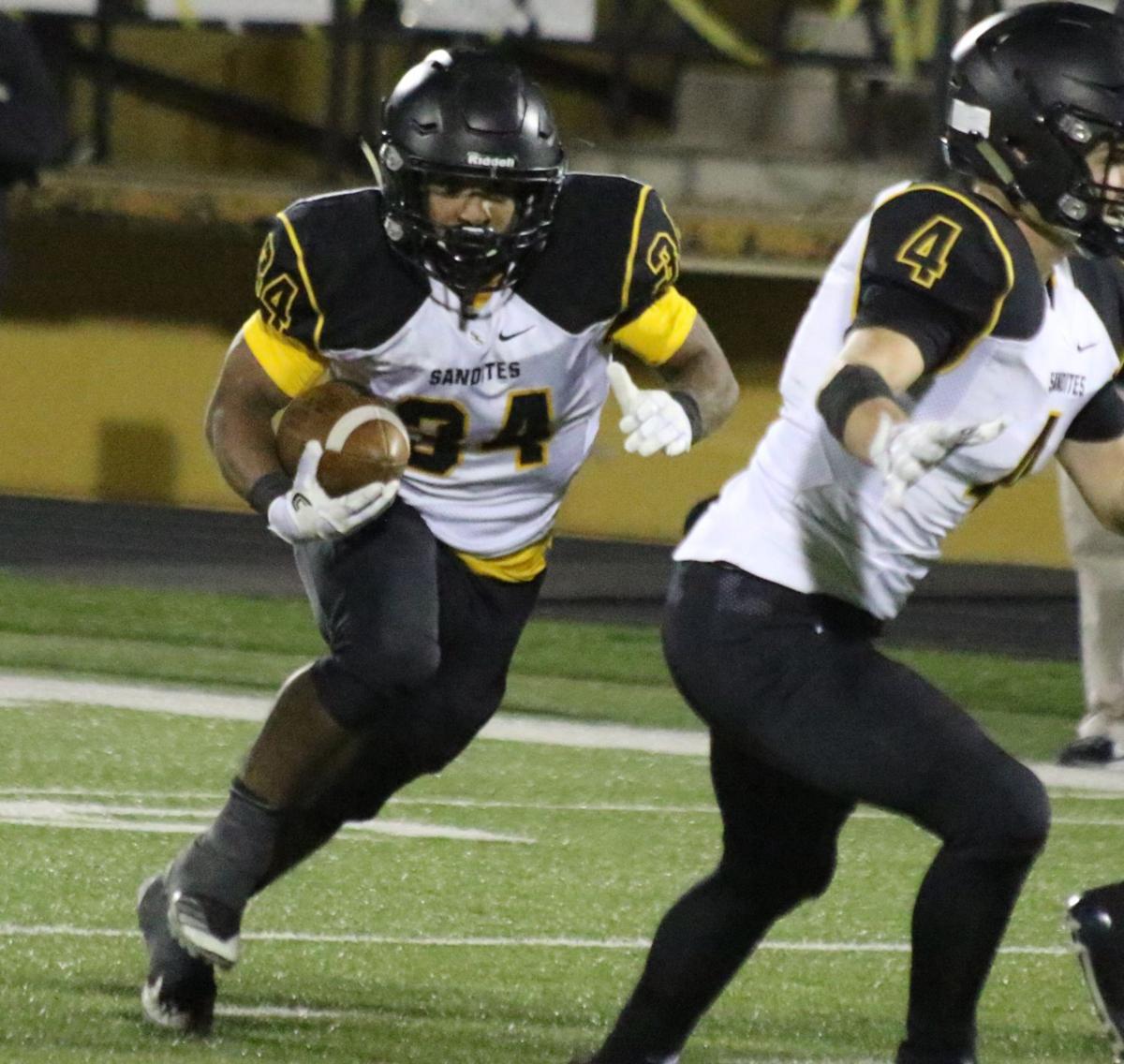 Sand Springs’ Payton Scott rushed for 2,597 yards this season, most by a running back in the state’s largest high school classification in at least 29 years. KIRK MCCRACKEN/Sand Springs Leader

Sand Springs’ Payton Scott rushed for 2,597 yards this season, most by a running back in the state’s largest high school classification in at least 29 years. KIRK MCCRACKEN/Sand Springs Leader

Scott is the first Gatorade Oklahoma Football Player of the Year to be chosen from Charles Page High School.

The award, which recognizes not only outstanding athletic excellence, but also high standards of academic achievement and exemplary character demonstrated on and off the field, distinguishes Scott as Oklahoma’s best high school football player.

The 5-foot-5, 180-pound senior running back rushed for 2,597 yards and 33 touchdowns this past season, leading the Sandites to the Class 6AII quarterfinals. In breaking the single-season rushing record in Class 6A, the state’s largest division, Scott averaged 31 rushing attempts and 236 yards per game and 7.6 yards per carry for the 5-6 Sandites.

A finalist for the Shelter Insurance Mr. Football Award in Oklahoma, Scott ran for 5,826 yards and 71 touchdowns in prep career.

A state champion as a wrestler as well, Scott volunteers at the John 3:16 Mission homeless shelter while also coaching at youth wrestling and youth football camps.

“I can say that unequivocally that Payton Scott is the best player I’ve seen in the state,” Bartlesville interim head coach Kyle Pool said in a statement. “He is absolutely amazing on the field. We faced all those guys and he is the best of the group, and definitely most meaningful to his team.”

Scott has maintained a weighted 3.5 GPA in the classroom. He remains undecided on his collegiate destination.

As a Gatorade Player of the Year, Scott will be able to select a national or local youth sports organization to receive a grant as part of the Gatorade Play It Forward program.

Every Gatorade Player of the Year state winner receives a $1,000 grant to donate and will have the opportunity to enter for an additional $10,000 spotlight grant by writing a brief essay explaining why their selected organization deserves additional support. 12 spotlight grants-one for each sport–will be announced throughout the year.

Thank you for voting.  Winners will be published 4/08