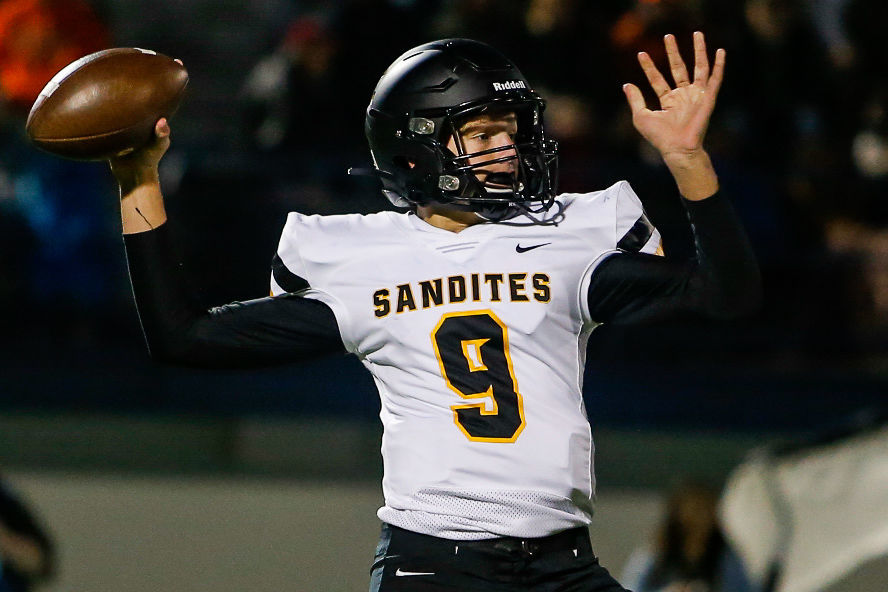 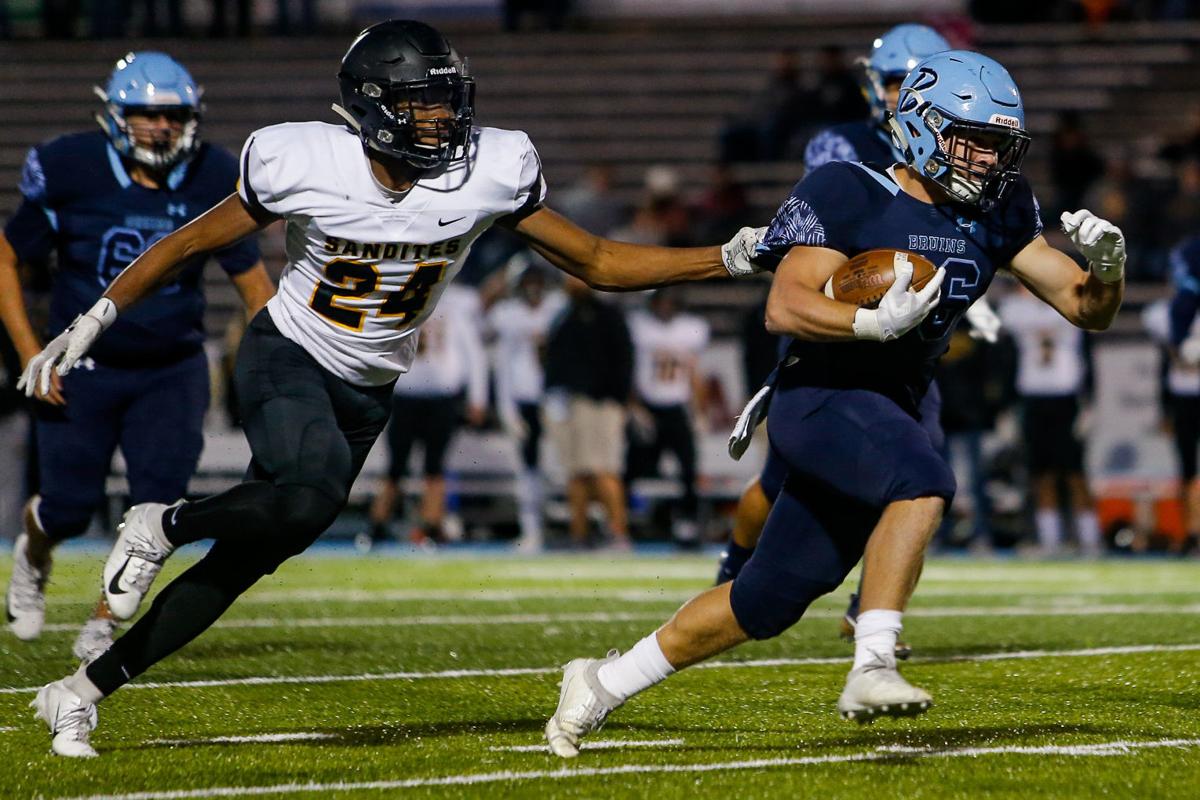 BARTLESVILLE — With their very ill athletic director Spence Rigdon in attendance watching for the first time in a while, the Bartlesville Bruins picked a good night to claim their first victory of the season Friday night.

Laken Clowdus enjoyed a monster performance, rushing for 256 yards and four touchdowns on 37 carries to lead the Bruins to a convincing 54-34 triumph over Sand Springs in District 6AII-2 action at Custer Stadium.

“I’m proud of our kids, the way we responded tonight.”

Sport was a bit emotional afterwards, following a meeting with Rigdon on the field as part of the post-game celebration.

“Our athletic director was given 3-6 months to live on Monday, he’s been in the hospital and they let him come out,” Sport said. “He’s very sick, and his son is on our football team and I absolutely love him. It’s a big night for our community and I’m so excited for our kids to break through with the first win.

“Tonight was the first opportunity (Rigdon) had to come watch us in a bit, and the fact that he was here was very special, and to win a home game, a district game, was important for our kids.”

Ty Pennington threw for 295 yards and two touchdowns for Sand Springs (2-4, 1-2), including a 73-yard TD pass to Keaton Campbell on the first play of the game.

Then, after Daren Hawkins picked off Winters and ran it back for an 83-yard touchdown with 5:08 left in the first quarter, Sand Springs led 14-7. But it was all Bartlesville after that.

Just four plays and less than a minute later, the Bruins pulled to within 14-13 when Winters connected with Davis for a 53-yard TD pass.

Bartlesville then scored touchdowns on each of its last three possessions of the second quarter, including an impressive 26-yard scoring pass from Winters to Seth Long on 4th-and-7 with 40.7 seconds remaining. That gave the Bruins a commanding 34-14 advantage heading into halftime.

“I’m proud of Ben,” Sport said. “He threw that ball high (on Hawkins’ interception) because he got hit, and he just responded and threw the ball when we needed him to throw it. And the other thing is, our offensive line just completely dominated, they got after it. It was a good win.”

View from the field: See our photos as Sand Springs takes on Bartlesville

With their very ill athletic director Spence Rigdon in attendance watching for the first time in a while, the Bartlesville Bruins picked a goo…

Notable: The Sandites are in a four-way tie for the fourth and final playoff spot in District 6AII-2. It will be nearly impossible for the Sandites to make the playoffs without defeating Ponca City. Both teams have a district win over Shawnee — Ponca City 21-7 and Sand Springs 21-19. The Sandites have given up 54 points in each of the past two games in road losses at Muskogee and Bartlesville. Ponca City is led by Scott Harmon, in his second year with the Wildcats. Harmon coached state champions in 2004 at Pawnee and 2016 at Hominy. The Wildcats have shown significant improvement after going 0-10 last year and 3-27 over the previous three seasons. Ponca City lost 49-3 last week at top-ranked Bixby.