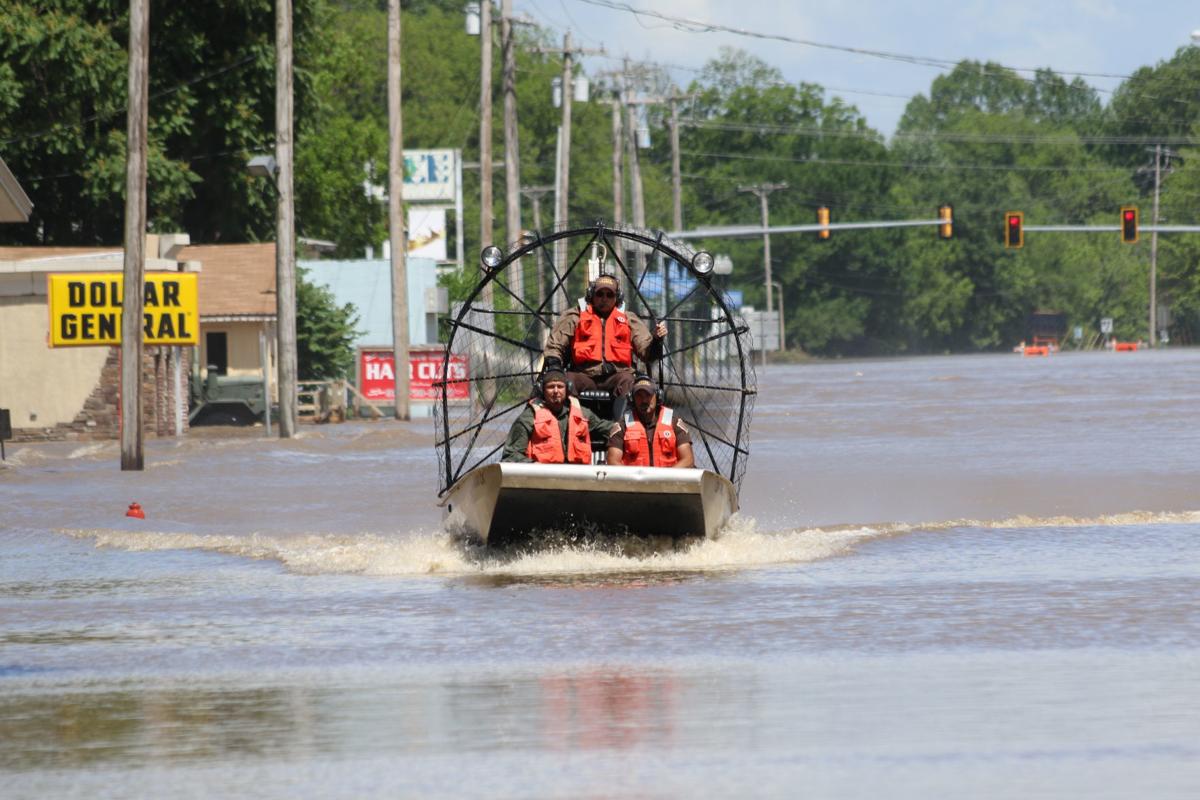 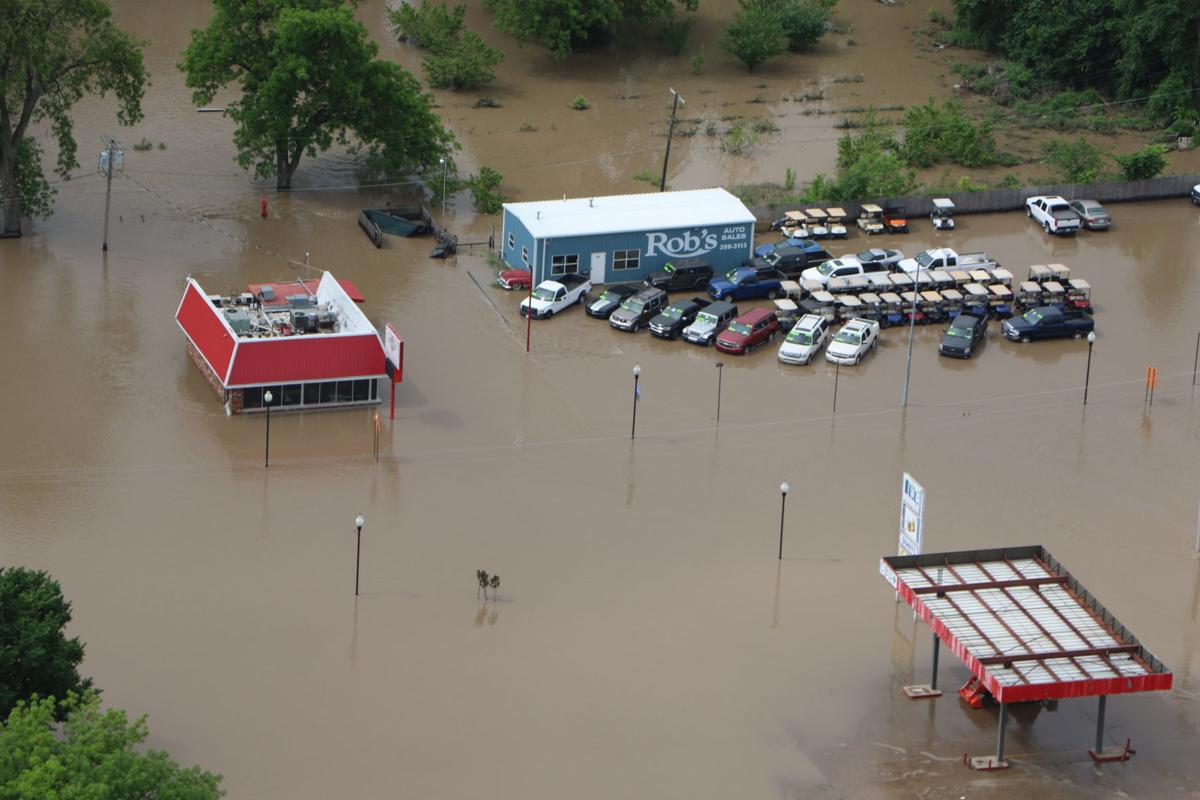 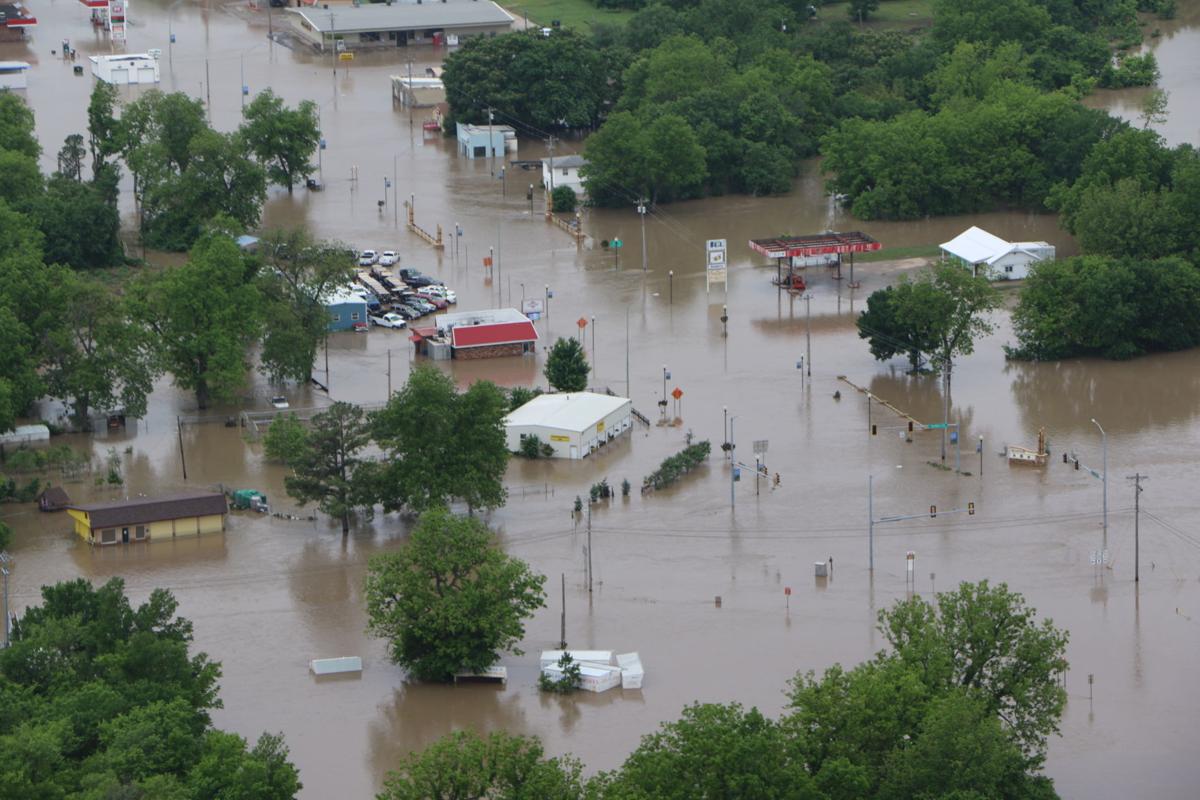 One year ago, during the late hours of April 30 and the morning of May 1, 17 tornadoes struck Oklahoma.

The storm carried with it 5 to 6 inches of rainfall that flooded homes and ripped rooftops off others across the northeast corridor of the state.

That turned out to be only the beginning.

Oklahoma’s second-wettest May on record followed and a long summer of flood disaster and prolonged recovery ensued.

This year, with repeated heavy rains in late February and March and flash flooding last week, Oklahomans are justified in feeling a little worried as another May begins.

Odds are the water won’t be lapping at their porches again.

The National Weather Service Climate Prediction Center’s outlook calls for increased odds of precipitation, which is typical for this time of year. The saturated ground does exacerbate the possibility of flash floods, especially, and widespread flooding as well. But a pattern with widespread rainfall is not in the picture like it was in 2019, and western Oklahoma is actually in a drought, according to State Climatologist Gary McManus.

Still, experts always keep an eye on the rivers this time of year.

“The ground still remembers all that rainfall so it’s still in pretty good shape for flooding. It’s saturated, so more of what falls runs off into the streams,” he said.

At the end of April 2019, Tulsa was enjoying a relatively normal rainfall year, just a tad wetter than normal, he said. A year later, the ground still has hardly had a break from 2019’s record-smashing wettest year on record for the northeast region.

So far in 2020 Tulsa is experiencing its eighth wettest year on record, he said.

Tulsa’s rainfall total through May 1 is 16.87 inches. Last year at this time, the area was just slightly wetter than normal with 11.06 inches.

“We just haven’t had that long stretch without rainfall so flooding would be a concern, especially in northeast Oklahoma. May and the first half of June usually means a lot of rainfall,” he said.

“In this part of the state we’re pretty much always on alert at this time of year,” said James Paul, service coordination hydrologist with the National Weather Service Arkansas Red River Basin Forecast Office in Tulsa.

Last week’s storms brought “1 and 2 inches of rain that ran off pretty quickly into smaller streams, but we have enough greening of vegetation now it slows it down some. We saw some minor rises but no flooding in the mainstream rivers,” he said.

Since heavy rains in early March swelled some reservoirs to occupy 30% to 50% of their flood pool retention, the U.S. Army Corps of Engineers has been working to return reservoirs to normal levels. The Grand River system lakes had another dousing early this week and are about 10% into their flood pools now. Oologah, Eufaula, and Tenkiller each are 5% to 7% filled, just a few feet above normal.

“Most are pretty well down now and they’ve done a pretty good job at that,” Paul said. “The (Arkansas River) channel has been running pretty full but it’s going down.”

Tulsa County District 12 Levee Commissioner Todd Kilpatrick said he’s resting easier this year, but added with a chuckle that his office is still surrounded by thousands of sandbags he doesn’t plan to move for some time yet. “Maybe in August after everything is burned off,” he said.

The levee system is ready should the waters happen to rise again. A $3 million grant came through for work on pumps at two levee stations and the feasibility report for permanent repairs was completed in April on an expedited schedule, a 3-year process completed in 16 months, he said.

“If we ever have to go to battle like that again let’s hope it’s when we’ve got some better components in place,” he said.

Raised reservoirs and soaked grounds raise a particular question often posed to U.S. Army Corps of Engineers hydrologist David Williams by Tulsa and Sand Springs residents: “Will you draw down the lake to a lower level?”

“I talked to a guy whose house flooded last year and it was a horrible situation,” Williams said. “I get why people are nervous and we want people to be able to sleep soundly at night.”

But the lakes will always come down toward their target “conservation pool” levels, he said.

Taking them below that level is against federal law and would offer very little advantage in terms of available flood storage volume or flood management, he said.

Keystone will continue to drop toward 723 feet, but it will come down slowly with priorities now on reducing levels on the Grand River system, he said.

“Every year is different,” Williams said. “The reservoirs do have a large volumes associated with them and we have had some heavy rainfalls that cover large areas but there’s a difference between covering 10 or 20 miles and when it is occurring of 1,000 or 2,000 square miles and it’s happening over and over again like it did last year.”

That 2019 weather pattern is just not very common, he said.

April 30-May 1 – Storms leave three dead, many injured and damage to property across the state with at least 17 tornadoes overnight and 5 and 6 inches of rainfall in areas across northeast Oklahoma. Gov. Kevin Stitt declares a state of emergency for 52 counties.

May 7 –Due to severe flooding at Fort Gibson Lake the Bassmaster Elite Series postpones its tournament until September. Ultimately the tournament is held at Lake Tenkiller on Sept. 16-22 because of continued high water at Fort Gibson.

May 8 – Wagoner residents in low-lying areas are warned to take flood avoidance measures as the gates are closed at Fort Gibson due to flood-level water in the Arkansas River downstream. The National Oceanic and Atmospheric Administration reports that the United States has posted its wettest 12-month period in recorded history (avg. 36.2 inches) and floods across the country are “rampant.”

May 9 – Heavy rains that drop 6 to 9 inches in areas southern Kansas and much of Oklahoma swell all major rivers to flood stage or near it. Interstate 35 is closed 15 miles north of the Oklahoma state line. Reservoirs rise and campgrounds are closed at Skiatook, Fort Gibson, Tenkiller and Kaw lakes. The National Weather Service forecasts “unusual storms” ahead. The Arkansas River at Muskogee exceeds minor flood stage, at 19 feet, a level it would remain above until August 18.

May 19 – On this Sunday worries are high for more severe weather and flooding on Monday. School closures are announced.

May 20 – Flash flooding strikes the area with 4 to 5 inches of rainfall in Tulsa, Broken Arrow, Collinsville, Skiatook, Inola, Wagoner and Pryor. Numerous roadways are closed, rescues are required, and some homes in low-lying areas are evacuated. A tornado hits the Peggs area and super cell storms hit across the state with heavy rain and tornados in Greer and Logan counties.

May 21 – Rain continues overnight to push two-day totals over 7 inches from Wynona to Inola. The Caney River and Bird Creek hit flood stage in Bartlesville, with numerous homes flooded and rescues required. Avant, parts of Sperry and Skiatook and Owasso are covered with 3 to 4 feet of water. Oklahoma 20 and Oklahoma 11 are closed, as are many other county and rural roads across the region. A tornado touches down in north Tulsa. Flow through Keystone Dam increases to nearly 100,000 cfs as officials encourage residents of Meadow Valley subdivision in Sand Springs and residents of Wagoner County who live near the Arkansas to voluntarily evacuate. Webbers Falls is evacuated in anticipation of historic flooding.

May 22 – Tornadoes and storms continue for a third day across the region as Keystone Dam releases increase from 160,000 to more than 200,000 cfs, the highest since the 1986 flood. Officials request evacuations in Sand Springs, Bixby, Okmulgee County and Fort Gibson. Flooding in Muskogee exceeds 1986 records. U.S. 62 between Muskogee and Fort Gibson is closed. All residents within the 100-year floodplain of the Arkansas River are encouraged to evacuate. Interstate 40 is closed as two barges break loose and float towards Webbers Falls. The River Spirit Casino Resort in Tulsa evacuates guests and closes.

May 23 – Keystone Dam releases increase from 230,000 cfs to more than 250,000 cfs as extreme flow into the lake from the Cimarron River pushes inflow to 315,000 cfs. The two loose barges strike Webbers Falls lock and dam and are crushed and sink in the current. Flood sirens sound along the Arkansas River and Tulsa County sheriffs evacuate the Town and Country subdivision in Sand Springs. Oklahoma 51 near Meadow Valley is closed. Portions of Riverside Drive are closed.

May 25 – Gov. Kevin Stitt issues emergency orders for all 77 Oklahoma counties due to storms and flooding and labels Muskogee County “by far the worst in the state.” Oologah Lake releases increase and evacuations are ordered along the Verdigris River. Three to four feet of water inundate the south side of Miami and the major highways into the town are closed.

May 26 – Storms and straight-line winds and more than 2 inches of rain again covers a wide area and the release at Keystone Dam increase to 265,000 cfs. Keystone Lake enters surcharge pool, above its standard flood pool level. Officials face a dire point as more rain is in the forecast.

May 27 – Keystone Dam reaches its maximum output for the flood event at about 275,000 cfs, with USGS river gauge reading as high as 277,252 cfs in Tulsa. Again, the forecast calls for 2 to 3 inches of rain the next day. National Guard units assist in efforts to maintain the Tulsa levee system.

May 28 – This day marks the key turning point in the flood event, Tulsa District Corps officials later say. Rain falls in the Tulsa area but nearly all of the precipitation is downstream of Keystone Lake. Flash flooding hits Bixby and Jenks, but the lake output remains steady and there is no need to increase flow.