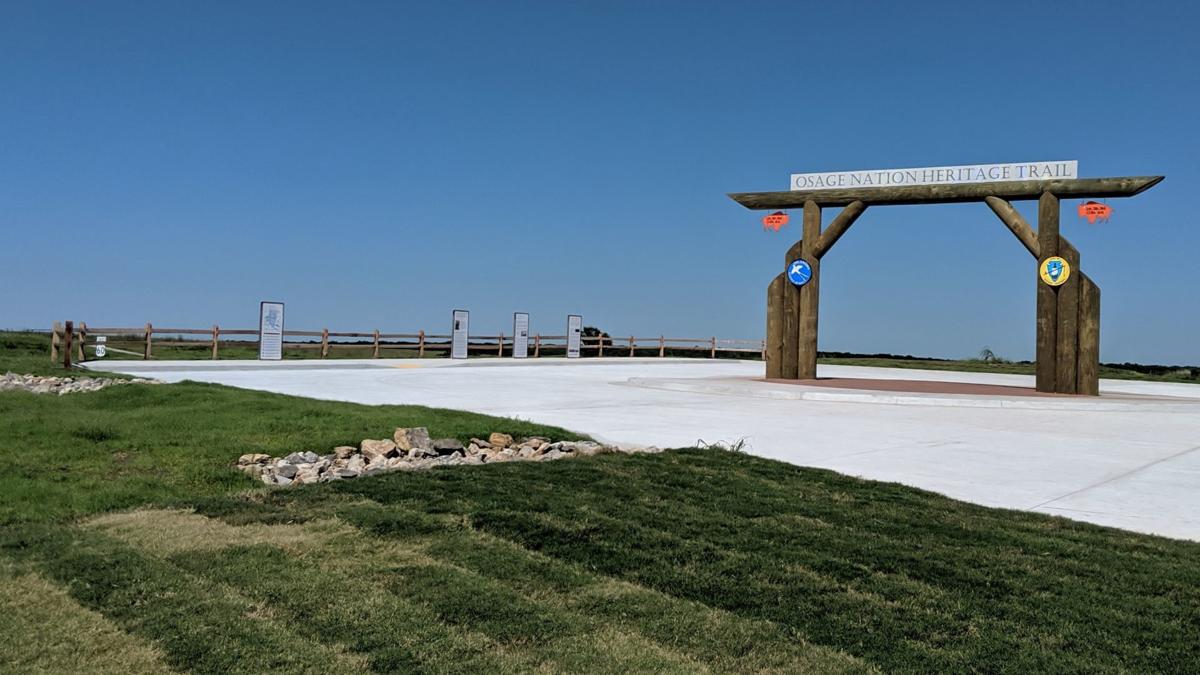 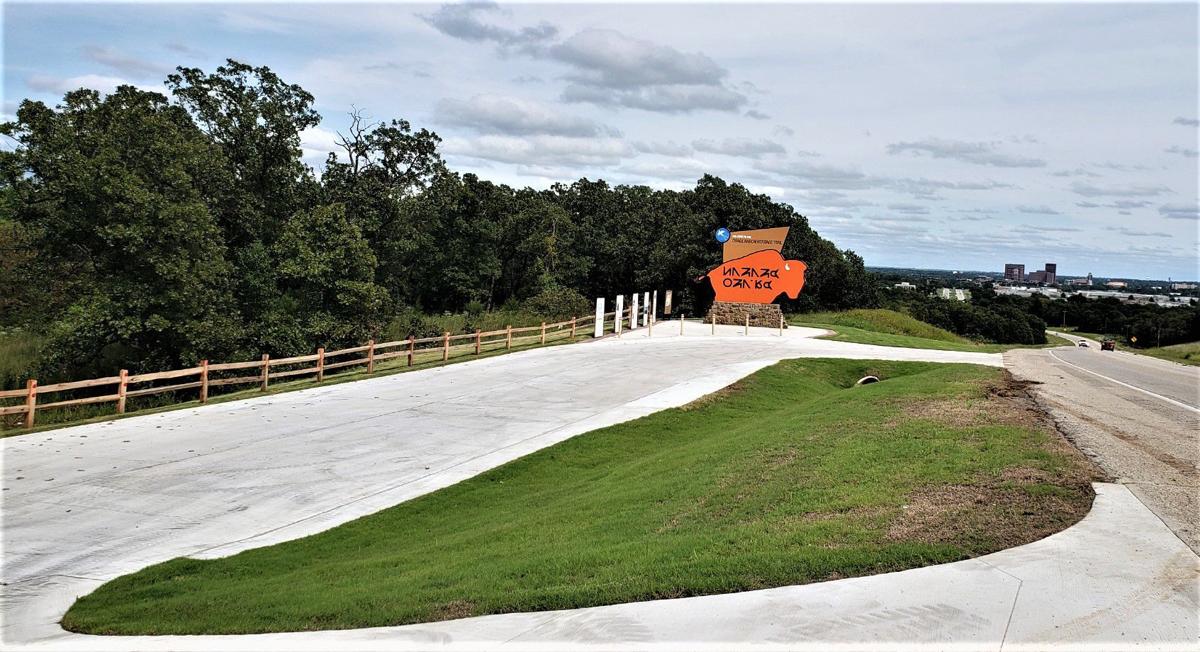 Osage Nation officials and members celebrated the introduction of the Osage Nation Heritage Trail Scenic Byway as a way to promote tourism to the region and restore the Osage heritage.

The Osage Nation Roads Department and other entities utilized grant funding to build multiple turnout spots along U.S. Highway 60. The highway runs across Osage County for roughly 65 miles spanning Ponca City to the west and Bartlesville to the east.

“The heritage trail is a tourism effort,” said Justin Carr, Osage Nation roads department coordinator. “It’s a way to generate interest and give the traveling public a way to feel connected to the area by highlighting its history and culture.”

Turnouts are located along the highway and feature ranch-style overhead signs that read “Osage Nation Heritage Trail.” The signs feature Osage Nation history and information about Osage County so visitors can stop, learn more about the Nation and take time to enjoy the view of the rolling hills.

There are multiple turnout locations along the byway with informational panels highlighting Osage heritage, oil and ranching heritage and the Tallgrass Prairie. Two turnouts at the eastern and western boundaries of Osage County also feature an orange buffalo sign with Osage language orthography for “Osage Road.”

“This is a fine example of the Osage Nation working together with the federal government, the state and Osage County to increase tourism and interest to the area,” said Osage Nation Principal Chief Geoffrey Standing Bear.

The project is the result of a National Scenic Byways Planning Grant, which helped to fund an Interpretive Master Plan and Corridor Plan. The Osage Nation Heritage Trail was awarded an Oklahoma Scenic Byways Designation.

“This collaborative effort was years in the making,” said Standing Bear. “Once the project was complete, a committee was formed with various Osage Nation departments to ensure culture and historical accuracy was in place. Programs like this help us see that the Osage is not vanishing, and when visitors drive this route they’ll see and learn all about the Osage people.”