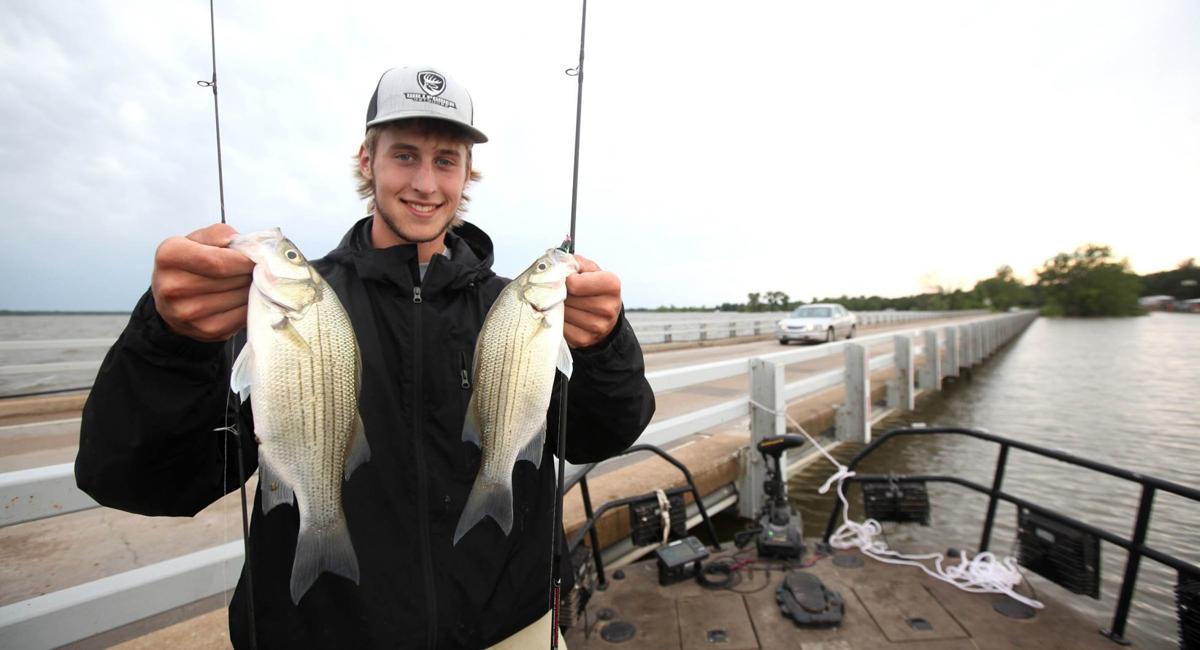 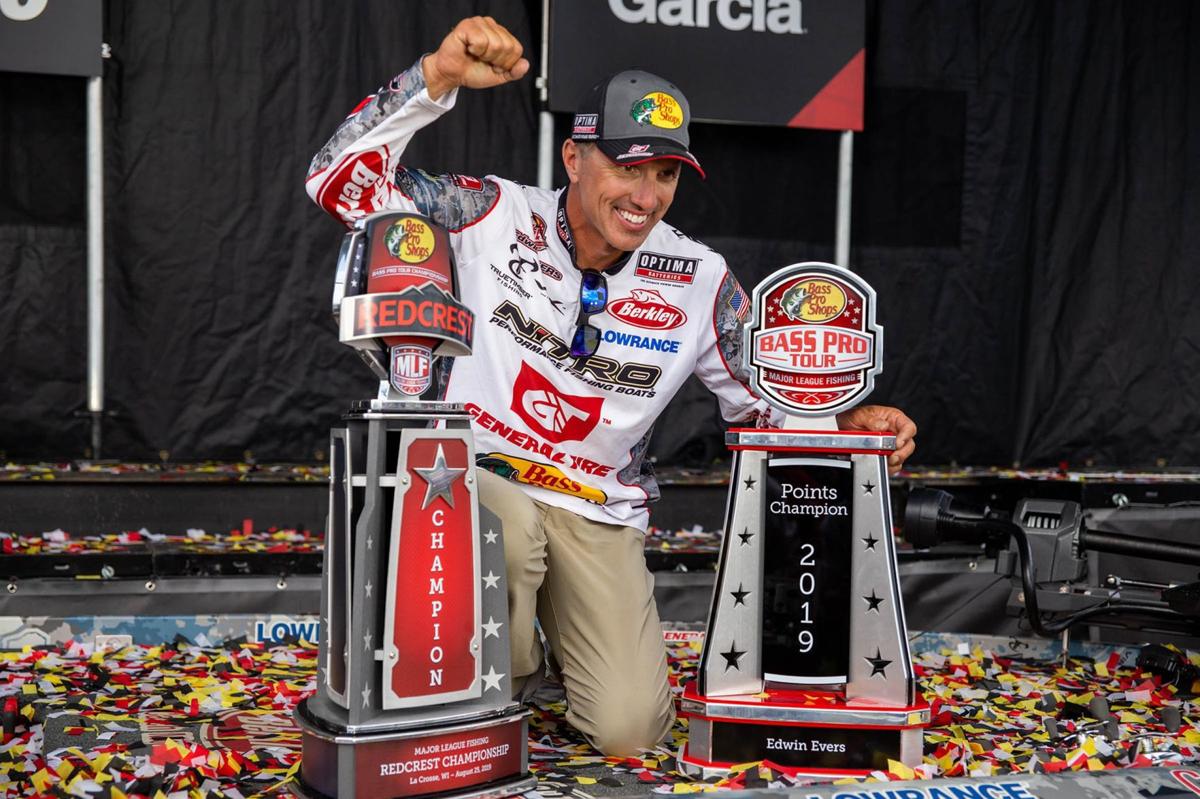 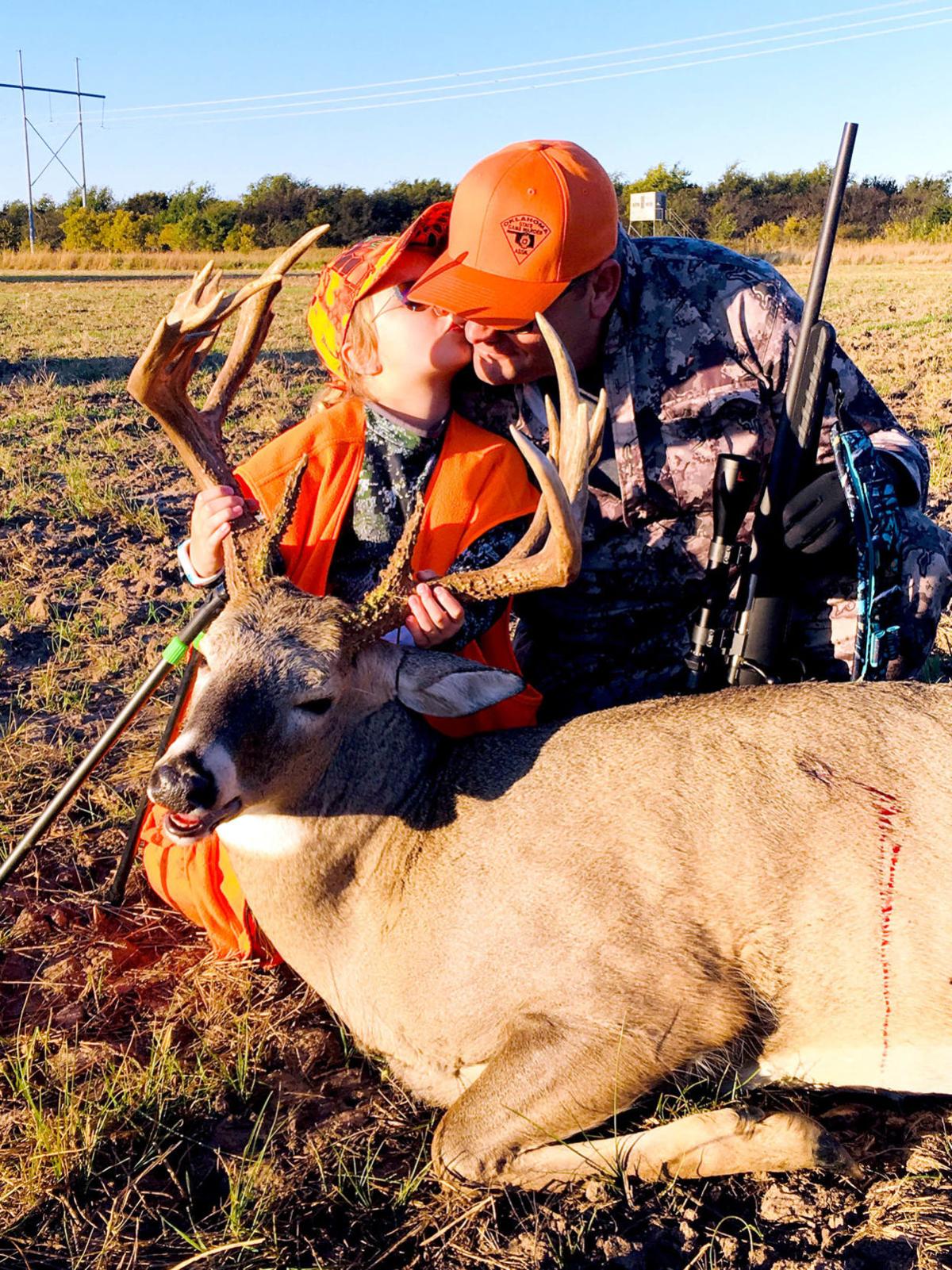 Sydney Reigh, 8, gives her father, Marshall, a kiss on the cheek as she poses with the big buck she shot opening morning of the 2019 youth rifle season. MARSHALL REIGH/Courtesy 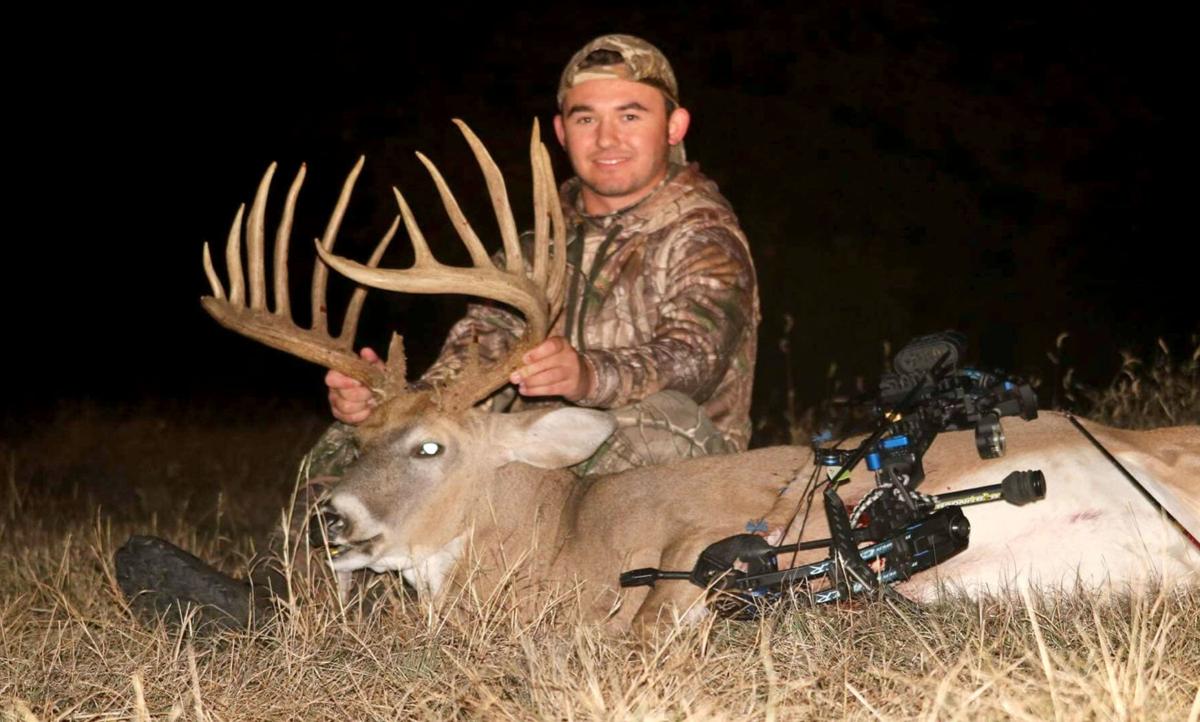 Guner Womack, 18, of Morrison poses with the Pawnee County buck he arrowed Tuesday that likely will be Oklahoma’s No. 1 typical archery buck with an unofficial net score of 192 6/8 inches. Courtesy

Sydney Reigh, 8, gives her father, Marshall, a kiss on the cheek as she poses with the big buck she shot opening morning of the 2019 youth rifle season. MARSHALL REIGH/Courtesy

Guner Womack, 18, of Morrison poses with the Pawnee County buck he arrowed Tuesday that likely will be Oklahoma’s No. 1 typical archery buck with an unofficial net score of 192 6/8 inches. Courtesy

As the New Year and the unofficial end of the decade nears I am ready to push the gas pedal and roar into the 2020s, toss good-old bad-old 2019 over my shoulder and let it settle into the detritus of the back of the truck — to be remembered every time I decide to clean out underneath the seats.

For us waterfowl hunters the turn into 2020 is eerily similar to 2019, with warm weather and slow hunting following an early good run. We have plenty of water on the ground in eastern Oklahoma, but a fresh push of ducks and geese will certainly be welcomed.

Raise a glass to another New Year’s Eve wishing for heavy snow and extreme cold sweeping down from the north, through the Dakotas, Nebraska and Kansas.

Floods and the wettest spring on record will indelibly mark 2019 in history. Rains, floods and storms touched everyone and every thing in some way, it seems.

Lakeside tourism took a big hit, fishing tournaments were cancelled. The first Major League Fishing Bass Pro Tour event booked for its home state ended up as a two-fer for Missouri at Table Rock instead. The Illinois River climbed up to flood stage 18 times this year — eighteen.

It was fun but strange to team up with young guide Haydn Williams at Grand Lake to fish for white bass at Bernice Bridge, while looking down at the passing vehicles. Down, not up.

I’ll never forget the May morning I waded knee-deep down the road into Avant to see a young man standing on that same road with a line cast into the ditch in front of his flooded house. You never know where a catfish might turn up to slurp a giant nightcrawler, I guess.

Many hunters and anglers put their boats and chainsaws and ATVs to use helping neighbors and friends and strangers who were in serious trouble during that time. I connected with Shannon Young as he was out “scouting” as part of his role with Outdoorsmen in Action. That group fights the good fight year round and across the country, wherever disaster strikes. You can still learn more about them or donate at outdoorsmeninaction.org.

“Major” changes to the world of professional bass fishing took shape in 2019 with the inaugural Major League Fishing Bass Pro Tour, the debut of a lot of new faces on the Bassmaster Elite Series Tour — which came to Lake Tenkiller for the first time — and finally the acquisition of Fishing League Worldwide by MLF in October.

If casual watchers of the sport in the Tulsa area got confused about who might be fishing where, Talala angler Edwin Evers emerged as an exciting guide to educate all about what the new MLF Bass Pro Tour is all about.

Evers, the 2016 Bassmaster Classic Champion, came out on top of the inaugural tour as its first points champion and he also won the REDCREST Championship.

For folks who still only know BASS lingo, that’s the equivalent of Angler of the Year and Classic Champ in the same year.

For those who followed Evers for many years, it was sweet to watch as he won those titles fishing against the best of those he has competed against his entire career — just in a different format. It was his time.

“New” was a theme for the Oklahoma Department of Wildlife Conservation with opening of the new headquarters early in the year and debut of the new gooutdoorsoklahoma.com site and app for handling licensing and tags.

We went from paper licenses to credit-card style ones — or just a license on your smart phone — in 2019. Bless the game wardens for figuring out to keep up with the changes in the field. Can you say QR codes?

Also new and noteworthy was appointment of a joint wildlife department and National Wild Turkey Federation position R3 coordinator at the Jenks office.

Kasie Joyner will be leading the state’s efforts to “Recruit, Retain and Reactivate” hunters for the future of conservation. Contact her at kjoyner@nwtf.net.

For the first time in my 11 years in Tulsa, I saw hunting forums filled with more discussion of politics than hooks and bullets the first half of 2019.

It was good to see hunters and anglers involved and learning about legislative processes and how to make their voices heard after the 57th Oklahoma legislative session launched with dozens of wildlife-related bills on the docket.

Some of those bills turned into hard-fought battles, with one bill that would have allowed professional guides to operate on public lands finally going down with a veto from Gov. Kevin Stitt at the very end.

Involvement in legislative issues is a good thing, folks. Let’s keep it up.

The Oklahoma Legislature website, oklegislature.gov, is loaded with resources to research and track bills, but an easy way for wildlife enthusiasts to keep track of legislation that might impact them is through the Oklahoma Department of Wildlife Conservation’s legislative tracker page at wildlifedepartment.com/legislation.

Top notables on my list from the past 12 months include a crazy Rack Madness at the Wildlife Department in March with a new state record elk; big bass that defined a new top Oklahoma destination; the new Oklahoma Fishing Trail; and of course the Womack Buck.

How ‘bout elk hunter Tyson Hiebert of Seiling and his new state record 9-by-9 bull that measured 346 7/8ths inches. Remember?

He was moving from one hunting spot to another and shot it at 20 yards while standing in the middle of a wheat field.

Folks, that just never happens, much less with a new state record.

What does often happen is a first-time hunter tags a giant buck, and that’s what Guner Womack did in Pawnee County in October.

Guner had plenty of experience hunting, but this was his first archery buck, and what a dandy.

Official score still is pending, but it’s likely the Womack 16-point buck will be Oklahoma’s new No. 1 typical in the archery category with a net score upwards of 192 inches.

Womack and his friends have jumped on the broad interest in the buck with a Facebook page called Outdoor Defiance. Join the Team OD boys at facebook.com/outdoor-defiance.

Angler Gary Cox missed a state record title with his 14-pound, 13-ounce largemouth caught on Broken Bow back in March, but that fish meant Broken Bow now is the source of five of Oklahoma’s Top 20 bass. No wonder the lake is part of the Southeastern Loop of the Oklahoma Fishing Trail, launched this year by the Lt. Gov. Matt Pinnell and the Oklahoma Department of Tourism and Recreation.

The true joy in my job is to share inspiring stories of people who love wildlife and the great outdoors and speaking with dedicated people on a daily basis.

A day spent with John T. Nickel, who donated 14,000 acres to the Nature Conservancy to create Nickel Preserve, and his childhood friend and fly-fishing legend Dave Whitlock, and his wife Emily, is one I’ll not soon forget.

In September I watched Rusty Dunagen shoot one lone dove on a hunt at Trails End Sanctuary and I still tell friends about it.

A triple-amputee, Purple Heart recipient and veteran of wars in Iraq and Afghanistan, he had not a complaint in the world on one very slow day of hunting.

And that one shot he had, and made, was a darned good shot.

But, above all, the story of my year was that of 8-year-old Sydney Reigh and her parents Marshall and Shanna.

She certainly had a rough 2019 with more than two months spent at Children’s Hospital in Oklahoma City. But their little family finds joy and relief outdoors, their friends and community come through with unbelievable support, and her father’s consistent message is a strong one for any day of any year, or any decade.

“Every day that you can spend outdoors with your child is precious.”