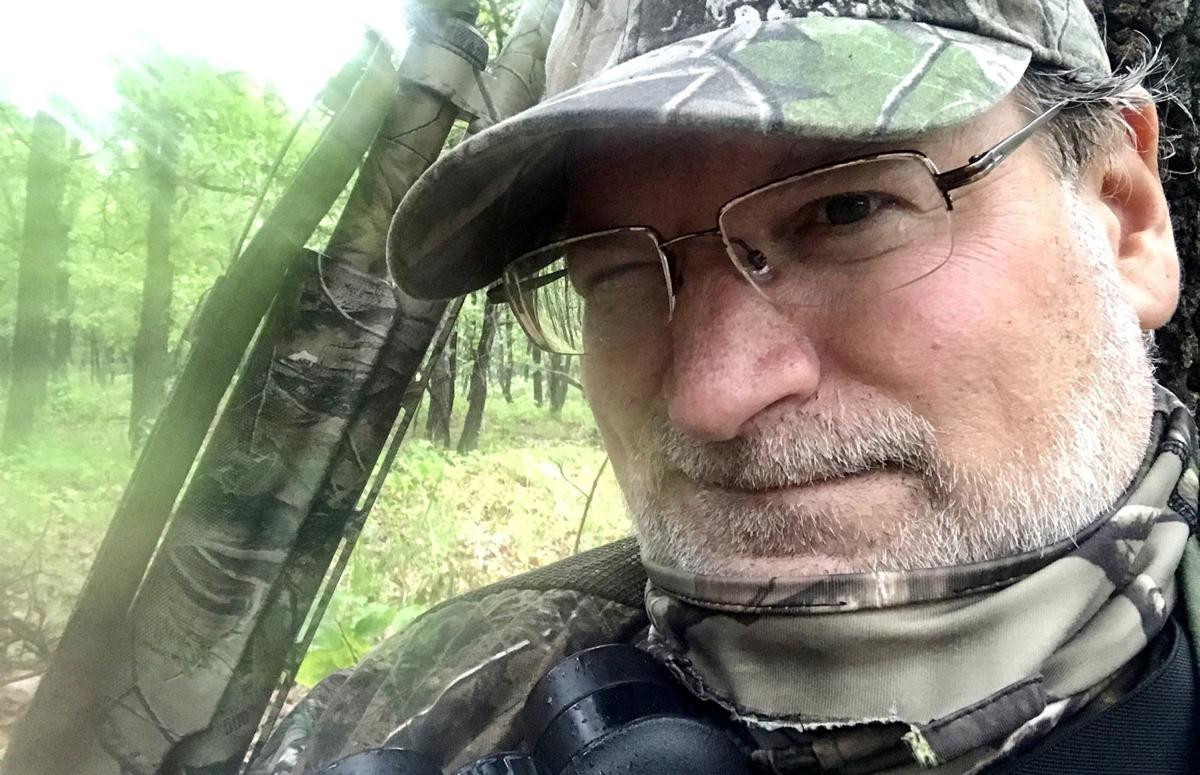 Even a brief cold rain can’t entirely dampen the spirits of a turkey hunter. Outdoors Writer Kelly Bostian takes temporary shelter on the leeward side of an oak to wait it out one day this season. KELLY BOSTIAN/Tulsa World 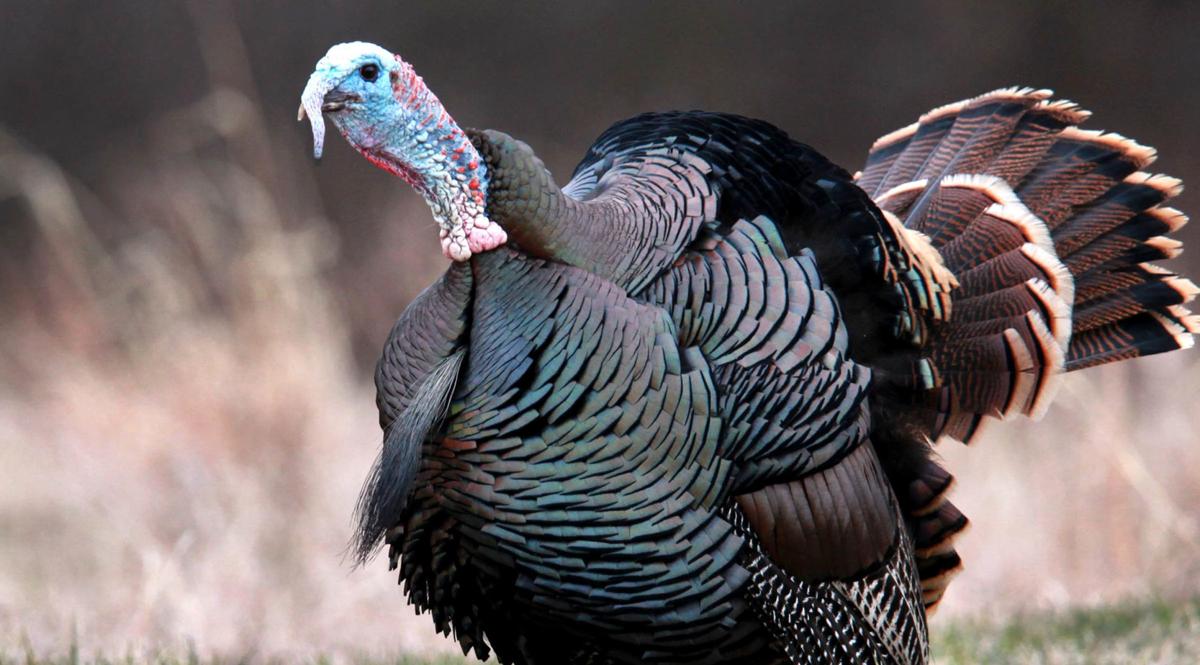 When tom turkeys are reluctant to gobble late in the season, hunting gets a little tougher. KELLY BOSTIAN/Tulsa World file

Even a brief cold rain can’t entirely dampen the spirits of a turkey hunter. Outdoors Writer Kelly Bostian takes temporary shelter on the leeward side of an oak to wait it out one day this season. KELLY BOSTIAN/Tulsa World

When tom turkeys are reluctant to gobble late in the season, hunting gets a little tougher. KELLY BOSTIAN/Tulsa World file

That is the answer to the most-asked question I’ve heard the past two weeks.

I didn’t get the Chicken Gobbler. He and his ilk, in fact, became ghost gobblers, seen by others, leaving mysterious signs nearby but never in clear view and never heard by me again.

The nine days that passed from the time I wrote about that big ol’ rope dragger and when I got to hunt again was part of the problem. Things do change in the turkey world, even on private grounds.

I have to work behind a computer just like most folks on a daily basis. I don’t get to make hunting the priority (not every day, anyway) but I’ve also got a maddening health issue, which decided to hit my eyes — especially my right eye — right at the wrong time.

I can write stories with my shootin’ eye closed but I’m not an ambidextrous gunner.

I had a great season, though, and I could have killed a gobbler on two occasions so I am far from singing the blues here. One I passed up because it was a mature tom but I knew wasn’t the biggest around, and it was early in the season.

The other time all I could see was a big red head at 25 yards and if you’re hunting for one specific bird that’s just not enough to make the right ID — it could have been a jake for all I knew.

I have no regrets about making those calls.

This is the never-ending fun of hunting turkeys — at least if you have “those silly scruples,” as the ranch manager at the property I hunt jokingly put it.

Any day the past month — except the last couple of days — I could have set up near the ranch house and tree-called and brought that gobbler right to the end of my gun barrel, no question. But I just wasn’t going to shoot a bird anywhere within 100 yards of the house.

I did joke with him if it came down to the last day and I was without a bird he might just hear a BANG in the backyard about sunrise, however. And I did set up on a hillside near the ranch house at one point. I was so close I actually checked the distance. It was 106 yards to the front porch from the spot where I expected the birds to travel.

It got to me, though.

I started to imagine I’d look through those binoculars and sooner or later one of those flat limestone Osage County outcroppings would be carved like a tablet with the words, “Thou shalt not shoot yard birds!”

The ranch yard is easily within 200 yards of their roost and I’ve just decided that should just be their safe zone. On any given day they might leave the roost and go in any direction, and that’s my challenge, to find them and intercept.

The last two days of my season the birds were not on their usual roost, however.

My last attempt would come at a nice travel corridor spot with a comfortable tree to sit under and an easy, quiet, escape route to slip out and check another spot where the ranch manager said was a “hangout,” on-and-off, recently.

Although it was too close to the house, the hangout would at least tell me if birds were around this part of the ranch or I could see if the Chicken Gobbler was among them.

That morning was cool and perfect for hunting with just a whisper of wind. Only the whippoorwills and mockingbirds talked as I walked to my overlook near the ranch house in the blue pre-dawn hour.

I used a barred owl call and one immediately answered, then another, and then they talked back and forth. The three of us had done this before in this spot. The owls were still around, but no gobblers.

When the first crow stirred I called back. Soon every crow in the whole danged valley was worked up

I listened and watched with binoculars until 8:30 a.m. and I did not see or hear a turkey, near or far. This was a first. The only conversation I shared was with a nearby bobwhite quail that kept giving out only one half of a bob-white call. One whistle at a time. It was annoying!

“How ‘bout the second half of that whistle there fella? I’m fighting an urge here to finish your sentences and it’s making me a little bit nuts,” I asked as I demonstrated a bob-WHITE whistle, for him.

I congratulated him on ‘correcting’ his whistles after that.

At my comfy tree on the ridge the plan was to call every 15 to 30 minutes. Then a couple of times during the day I would go to check that spot where the birds had been hanging out off-and-on. To boot, I broke out a hen decoy.

It was the first time all season I would give myself that added advantage, but if the birds weren’t interested in talking maybe if they caught sight of a strange hen they would at least come check her out.

I really didn’t expect birds up there until the afternoon anyway, so after two hours I sneaked out to check on “the hangout,” which turned out to be empty. It was 11 a.m. and I could be back under my tree by noon.

At 12:05 p.m. came the final insult, and my final “contact” with turkeys for the season.

As I returned to that spot, something caught my eye just outside the tree line. There lay my hen decoy, rolled on her side about 4 feet from her stake, a clump of clay unearthed where the stake that held her lay flat on the ground.

It takes some doing to separate her from that stake and I’m pretty sure I know exactly who did that doing — some kind of ghost.