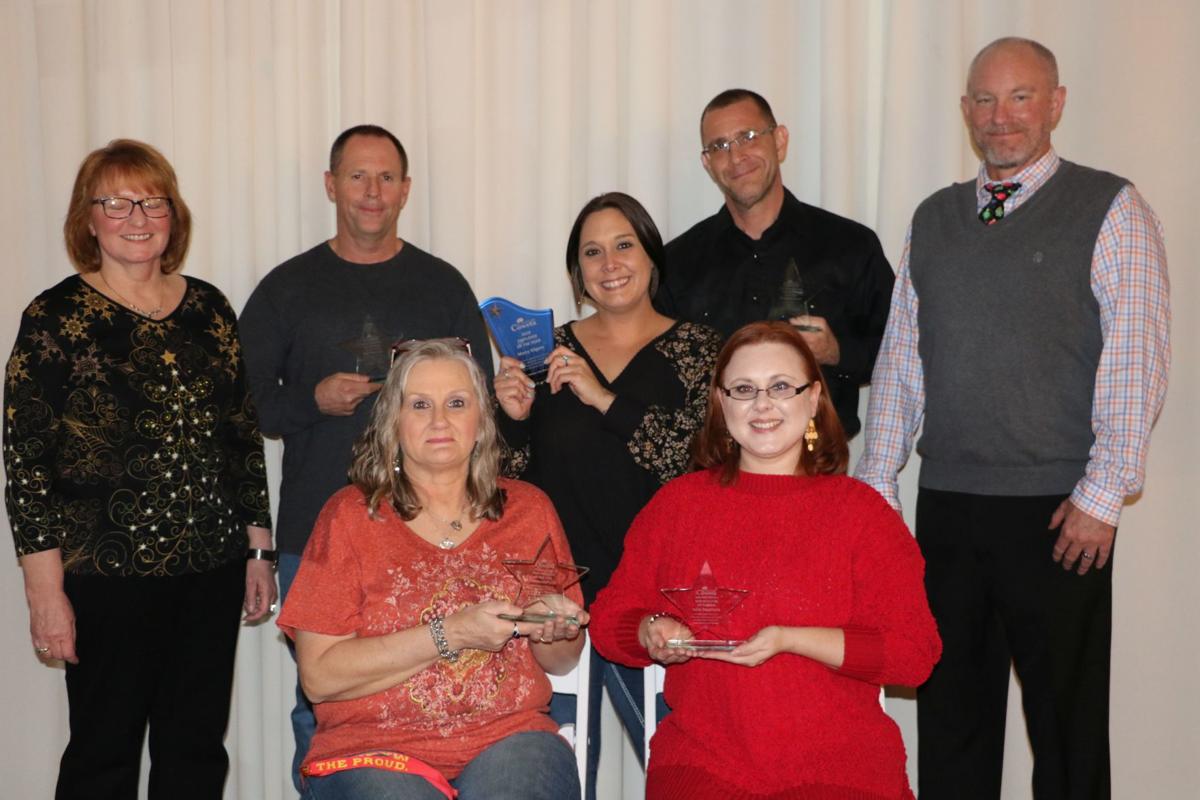 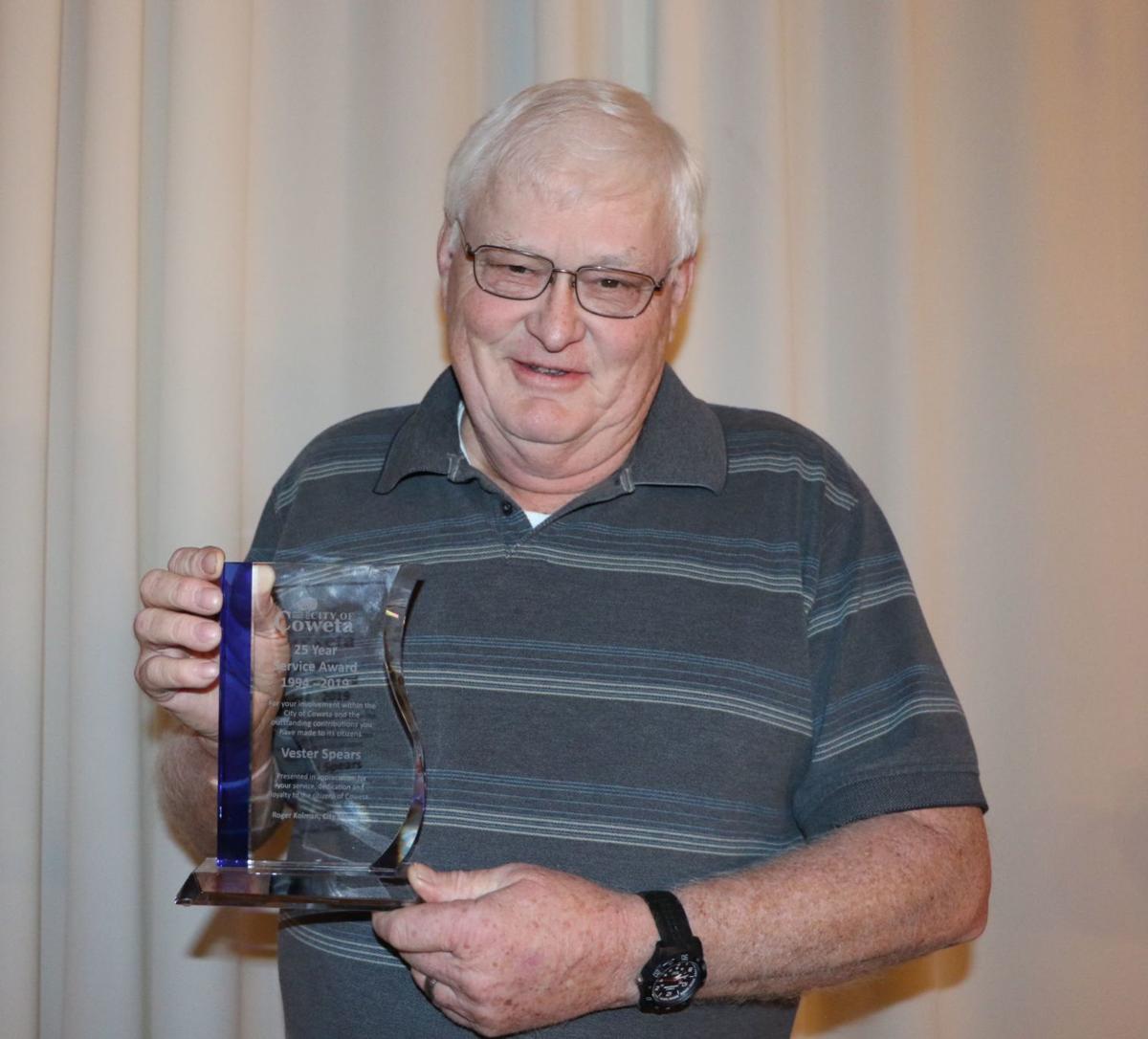 Vester Spears, city mechanic, was presented with a 25-year service award during the City of Coweta’s 2019 Christmas Banquet. CHRISTY WHEELAND/AMERICAN-TRIBUNE 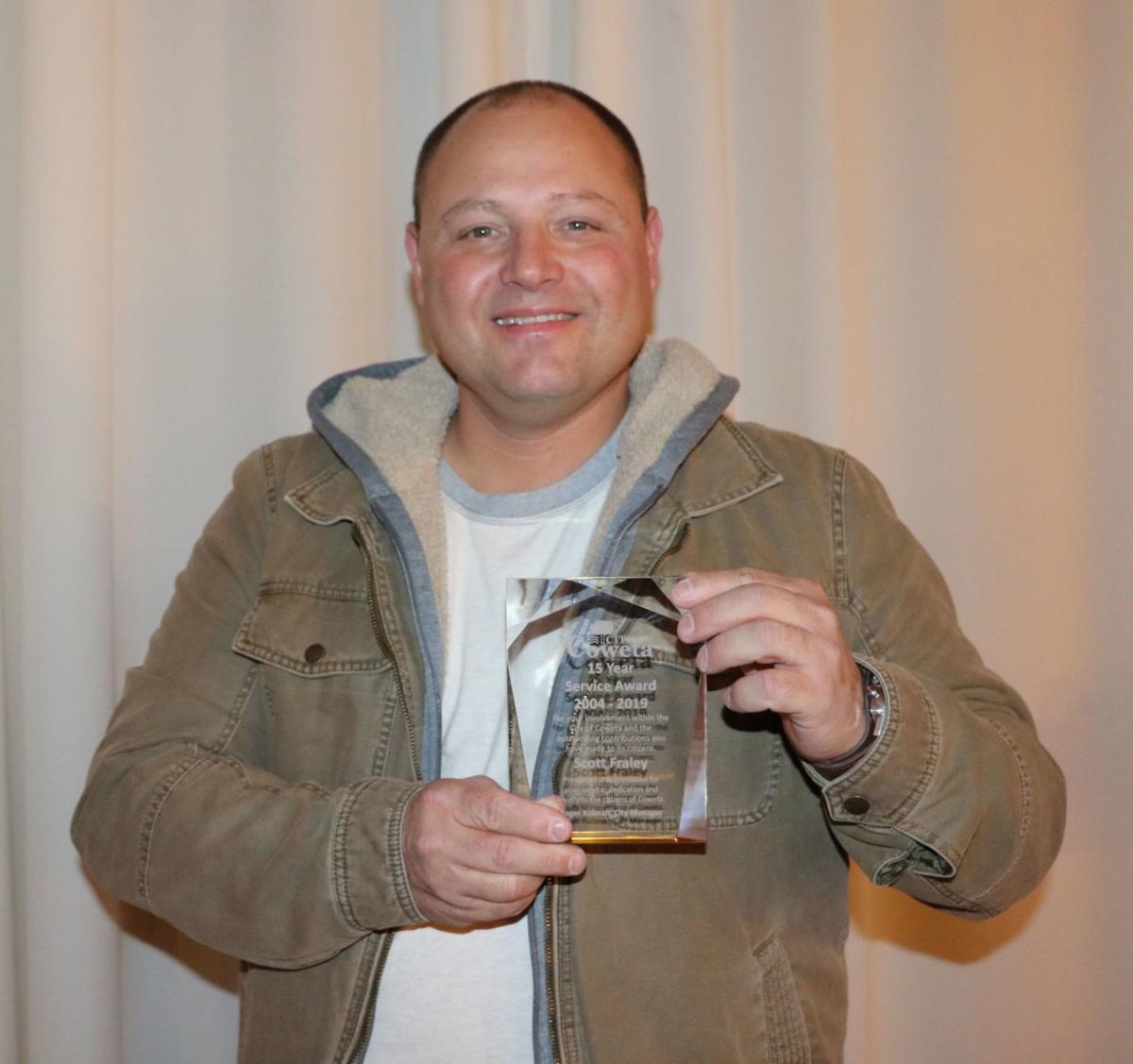 Sergeant Scott Fraley with the Coweta Police Department was presented with a 15-year service award during the City of Coweta’s Christmas banquet last Friday. CHRISTY WHEELAND/AMERICAN-TRIBUNE 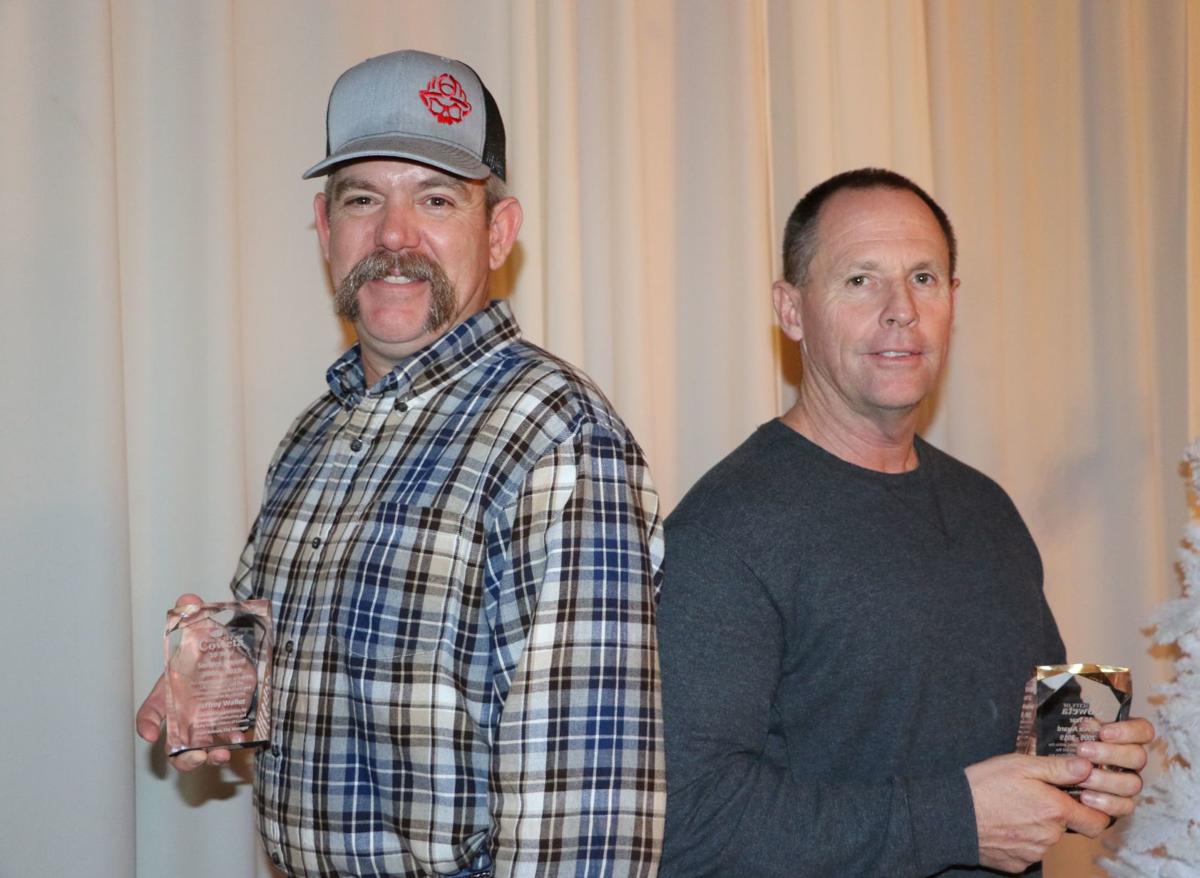 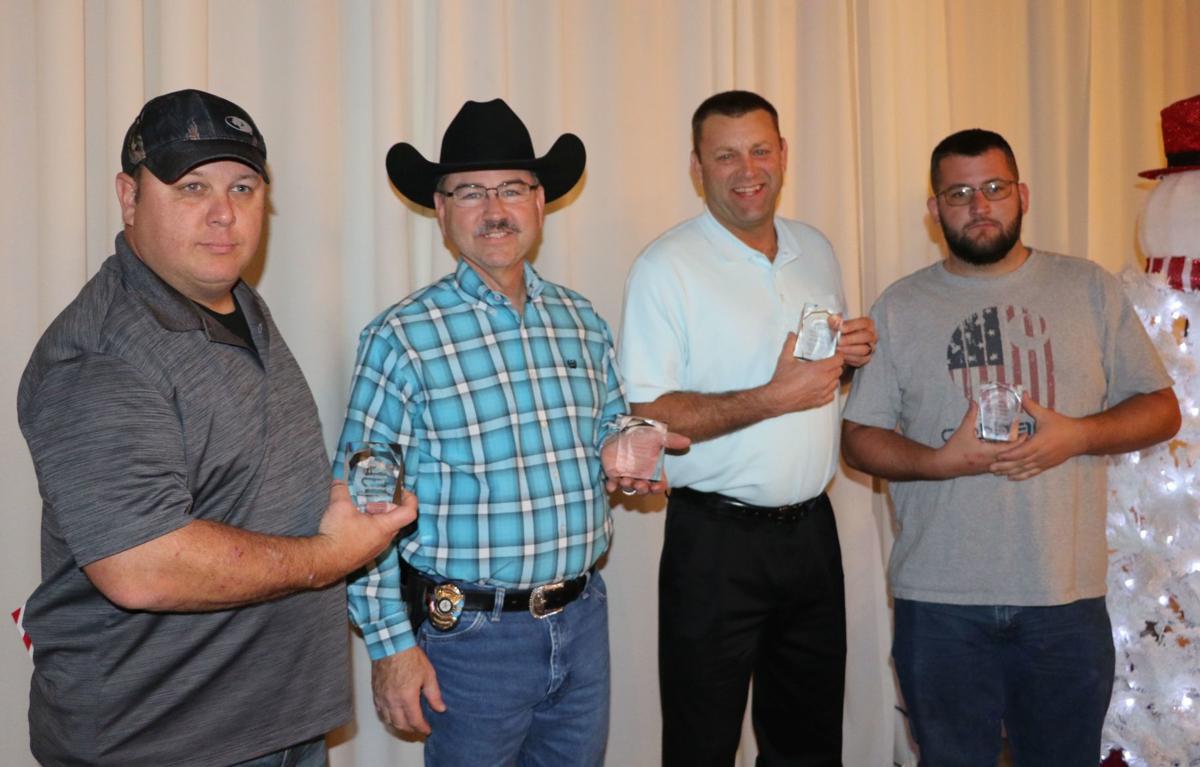 Vester Spears, city mechanic, was presented with a 25-year service award during the City of Coweta’s 2019 Christmas Banquet. CHRISTY WHEELAND/AMERICAN-TRIBUNE

Sergeant Scott Fraley with the Coweta Police Department was presented with a 15-year service award during the City of Coweta’s Christmas banquet last Friday. CHRISTY WHEELAND/AMERICAN-TRIBUNE

Kilgore, who was recently promoted to the position of Deputy City Clerk/Treasurer, was presented with the award Friday, Dec. 6 during the city’s annual Christmas Banquet held at Rick’s Place.

“Marcy is unable to stand by with tasks undone, no matter if it’s her job or not,” said Coweta City Manager Roger Kolman in presenting the award. “She jumps in when needed to make sure city hall keeps running smoothly.”

“In addition, she enthusiastically embraces change and eagerly absorbs new procedures to train others in helping to make the city more efficient,” he added.

Kilgore began her career with the city as an administrative assistant to the public works director. Later, she worked as a utility billing clerk.

In 2016 she became the administrative assistant to the city manager.

“Marcy’s can-do attitude led to her recent promotion and she also supervises the utility billing system, one of the largest revenue sources for the city,” Kolman noted.

Kilgore spearheads the planning of many events including the Coweta Patriotic Festival and the city’s annual holiday party.

“Marcy makes everything seem simple, but she works tirelessly behind the scenes to make things happen,” Kolman said. “Thank you for your contributions!”

Honored as Coweta Public Works Employee of the Year was wastewater plant operator Beckie Price. Price has worked for the city for more than eight years. She began as a meter reader and was quickly promoted to crew leader based on her initiative, attention to detail and superior work habits. She was later promoted to her current position.

Although she is recovering from an injury, Kolman said she “is invaluable to the city” and continues to demonstrate hard work and a desire to help in any way possible.

Coweta Library Director Julia Stephens was honored as the city’s 2019 Administration Employee of the Year. Stephens has been with the city for just over a year, but Kolman said she has transformed the library staff into a team that works efficiently to improve and promote library services to Coweta citizens.

Her fresh approach to changing the library’s layout has made it easier for library patrons to enjoy the resources available to them.

Honored as the Coweta Fire Department’s 2019 Employee of the Year was Fire Captain Ben Neff. Neff has been with the fire department for over 12 years in a full-time capacity, but started as a part-time firefighter in 2003.

Kolman said during his career, Neff has consistently put the needs of the public and his fellow firefighters in the forefront. He spent the better part of two years researching and helping to plan the city’s 2019 active shooter training event that included the fire department, police department and surrounding agencies.

Deputy Police Chief Ron Peterson was honored as the Coweta Police Department’s 2019 Employee of the Year.

Peterson has been with the City Coweta for over 10 years. He played a prominent role in planning and implementing the first joint active shooter exercise in August. His military background was instrumental in coordinating and evaluating the exercise, as well as communicating the results to the proper agencies.

Recipients of service awards include: