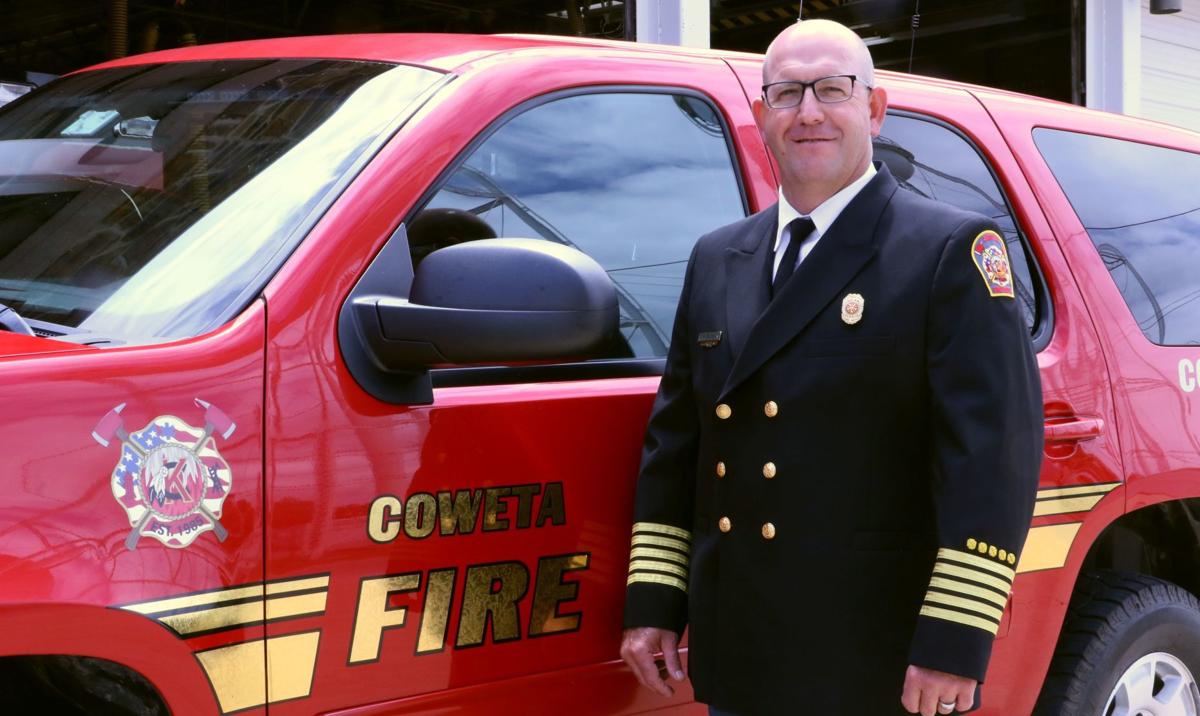 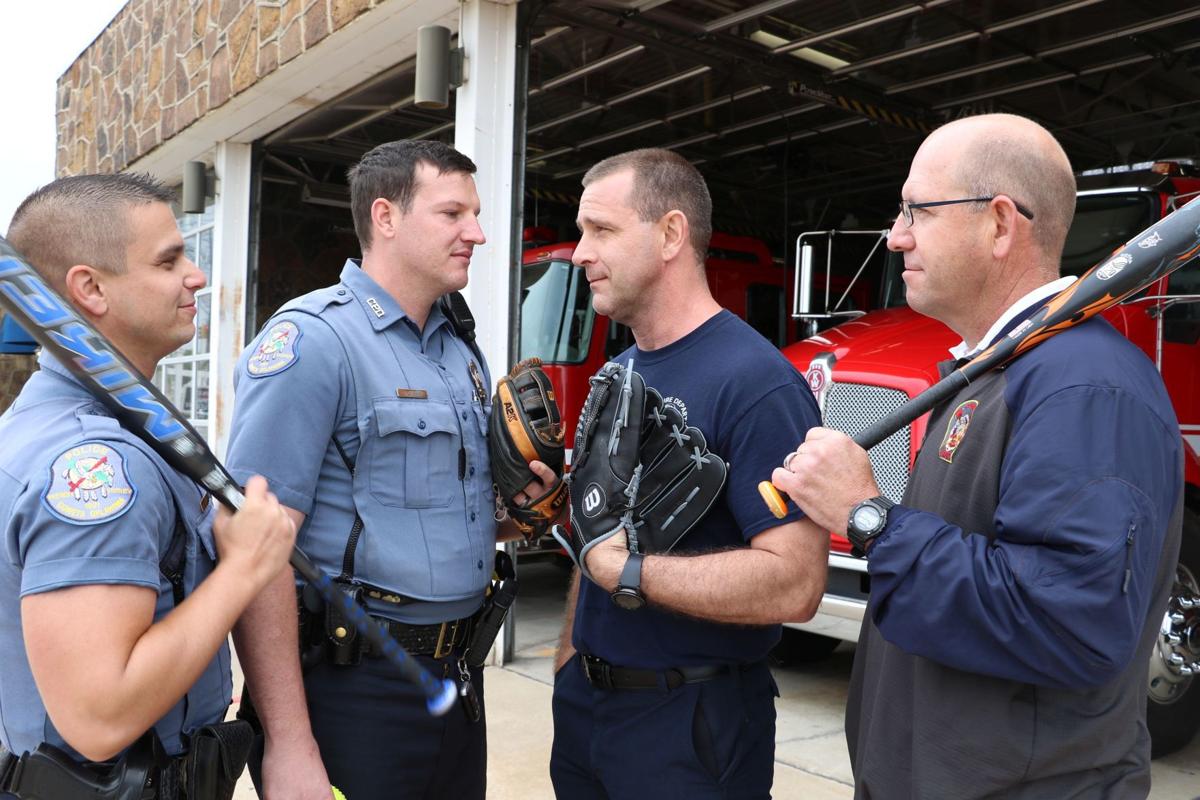 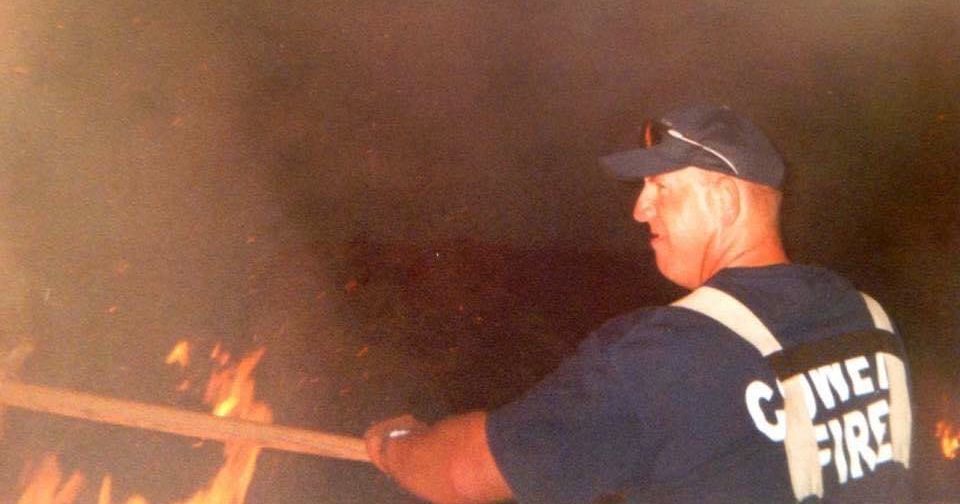 Greg Edwards works on a fire scene back in 2005.  COURTESY

Greg Edwards works on a fire scene back in 2005.  COURTESY

On June 12, 1995 Coweta Fire Chief Greg Edwards stepped into the Coweta Fire Department for his first day on the job as a full-time firefighter. On Friday, June 26, he retired from fire service after a quarter of a century of public service to his hometown.

Edwards, a Coweta native, was a high school and college athlete whose baseball career was cut short by injury. As a result, he wanted a career that would be physical in nature yet one where he could give back to the community that provided for him his entire life. He chose fire service.

He obtained his emergency medical technician license from Rogers State College and attained his Firefighter I certification. In 2000, he was promoted to driver, responsible for all pumping operations at fire scenes.

Edwards was promoted to captain in 2003 and was later named interim fire chief upon the retirement of former Fire Chief James Ginn. In July of 2005, he became the Coweta Fire Department’s first-ever deputy fire chief.

He worked with three different fire department administrations before being named Coweta Fire Chief in February 2018. He is a three-time Coweta Firefighter of the Year award winner.

During his career, Chief Edwards has seen the department grow from a staff of nine personnel with three people per shift to 20, with six or seven firefighters on duty each day. There were no paramedics on staff in 1995, but there are now eight to provide advanced life support to residents.

“Our call volume has normally increased 10-15 percent a year, which includes fire and EMS calls,” Edwards said. “Our fire calls have dropped, but I attribute that to public safety and fire prevention programs we’ve implemented over the last 10-15 years. The volume of EMS calls has gone up substantially due to the increase in population.”

Edwards said the department has also come a long way with equipment purchases to meet the needs of a growing community, including new ambulances, brush trucks, a rescue truck, pumper tanker and LifePack 15 monitor defibrillators on all ambulances.

“A goal I made and one that has come about has been providing personnel with the equipment they need to do their jobs properly,” he added.

Another thing Edwards is most proud of is being able to add a fire marshal position to the station staff.

“With the growth the city is experiencing, having a fire marshal takes some burden off of shift personnel. The fire marshal can focus on life safety in the community … teach more fire prevention and be up on the latest building codes to make sure our commercial businesses are being built up to code,” he explained. “We are now able to go into every city business, do a life safety inspection and fix any problems that we come across. We can also do our own fire investigations.”

Although it did not happen during his career, he hopes that a new public safety center for police and fire will come to fruition.

“I hope the citizens of Coweta feel they’ve been provided with the services they deserve, and that this department is one they can call on,” Edwards noted. “I’ve dedicated more than half of my life to give that level of service to our citizens. I call them family and friends.”

“I know the citizens of Coweta will be well protected based on the core guys I have here,” the chief added.

Edwards said in retirement he plans to expand his farming operation, increase his cattle herd and support his wife, Misty, with her local business.

“My whole goal when I started this career was to be able to retire at a younger age and spend more time with my kids, family and wife. Now is the time,” Edwards said. “I will do a lot more fishing and hunting and maybe some traveling.”

What will he miss the most about fire service?

“I will miss the guys and the relationships I’ve developed with them over the years and the camaraderie at the fire house,” Edwards said. “When you’ve lived with someone for one third of your life while doing shift work, it becomes a second family.”

What he will miss the least are the tragedies that require emergency service personnel.

“It is about time I can start seeing my fellow citizens and the people I have known my entire life on a day to day basis when it’s not the ‘worst day’ in their lives and have to explain to them what is going on with their loved ones,” he admitted.

Edwards assured he will never stop caring about the Coweta community. He looks forward to serving it in some other capacity moving forward.

A community reception to honor Edwards is planned at a later date.