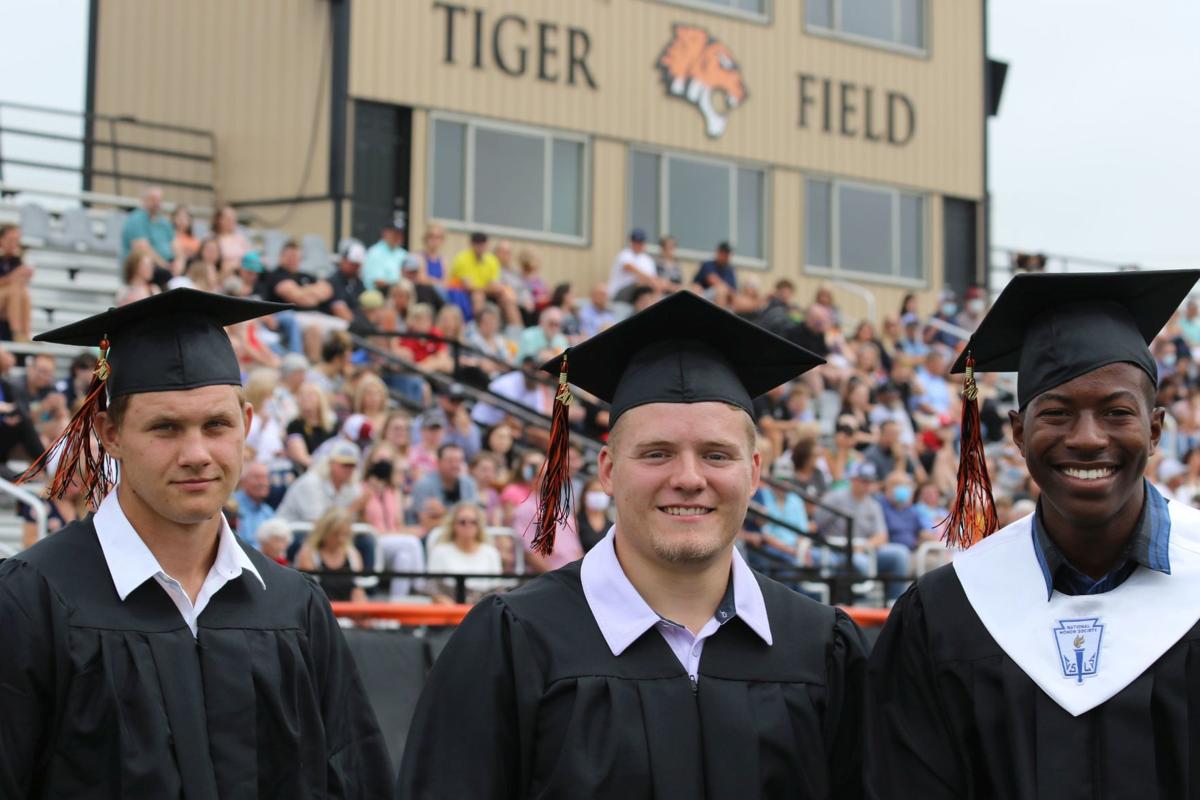 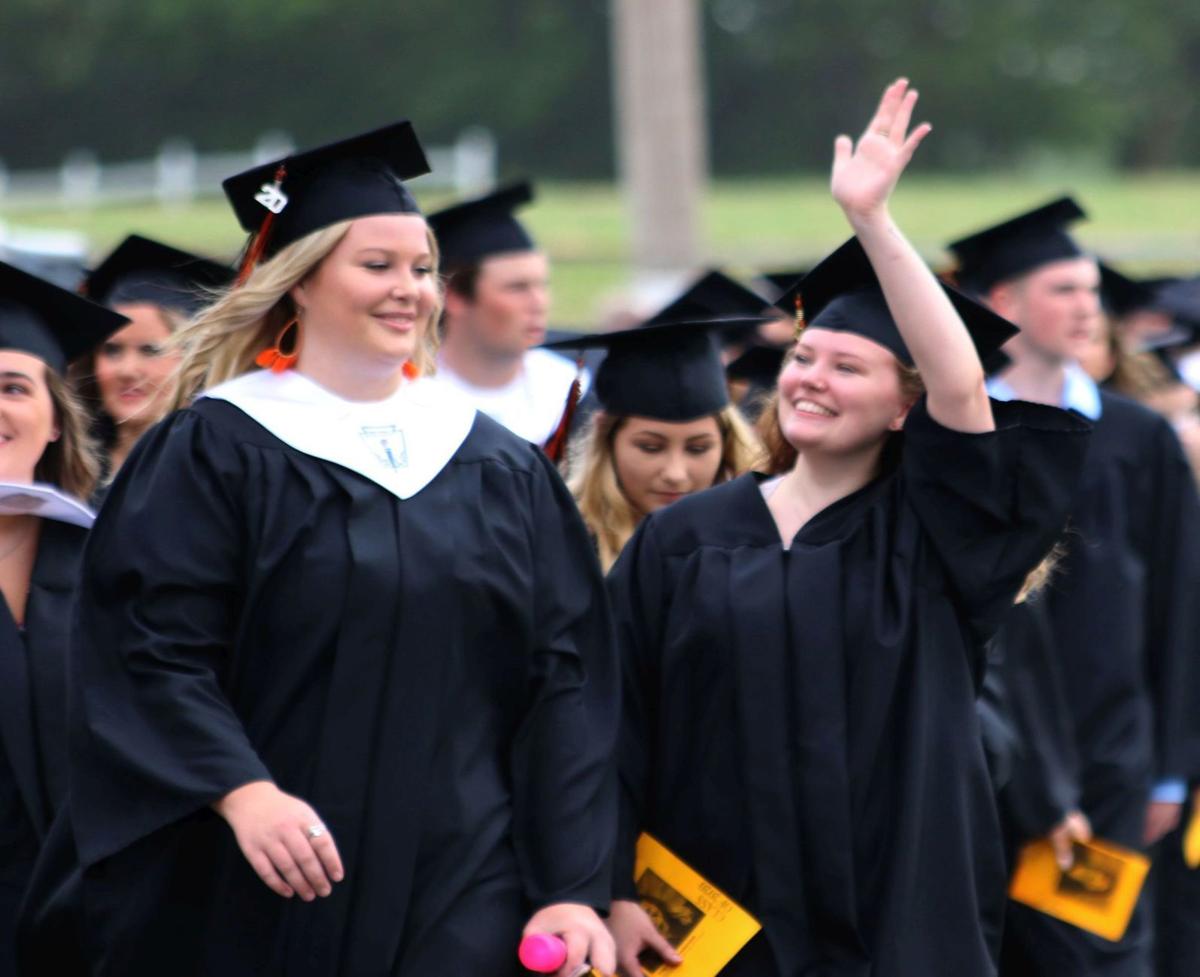 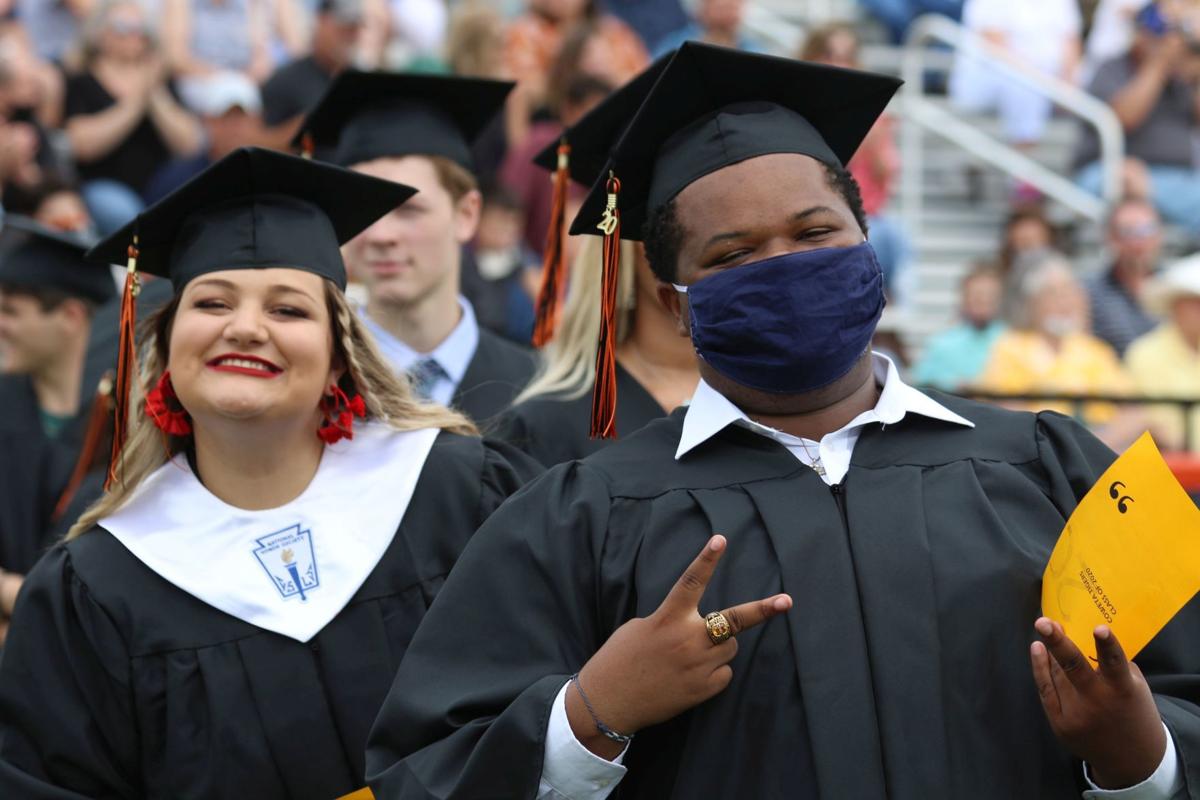 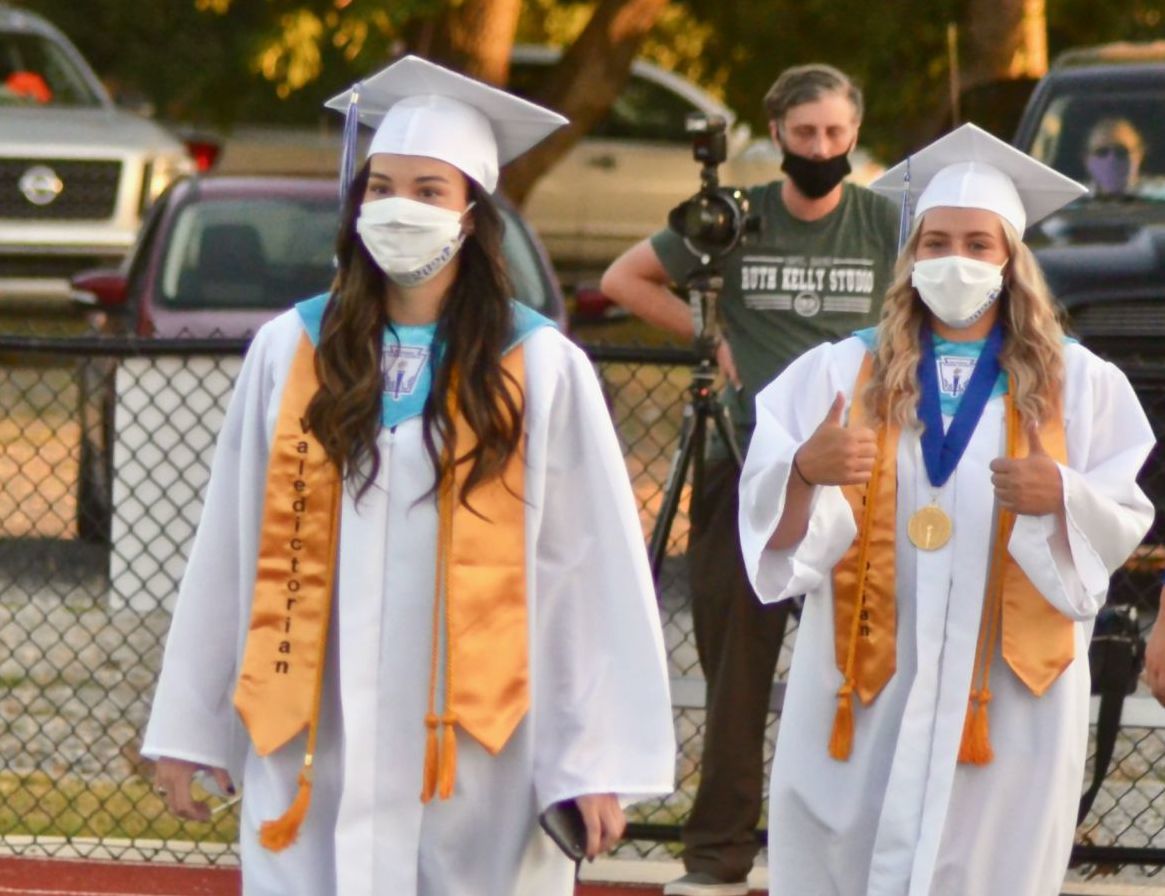 It was a long time in coming thanks to an ongoing pandemic, but the Coweta Class of 2020 finally had its day in the spotlight with a traditional graduation ceremony on Saturday, June 27.

A total of 163 graduating seniors from a class of 238 took part in the celebration at Tiger Field. Seating was spread out across the entire stadium for social distancing purposes and seniors were applauded as they walked one-by-one across the stage to pick up their diplomas from a table.

Honor students were recognized and some scholarship winners were announced.

In addressing the seniors, Coweta High School Principal Gary Ellis quoted heavyweight champion Mike Tyson who said, “Everyone has a plan until you get punched in the face.”

He then referenced an article by Tom Elmore titled, “How to turn a setback into a comeback”. It tells the story of how undefeated heavyweight boxing champion Jack Dempsey was defeated by Gene Tunney, an up-and-coming boxer who broke all of his fingers in an accident while serving in the military.

“This has some relevant application to the challenges we are currently facing,” Ellis said. “Gene’s doctor told him he’d have to give up boxing. While the news punched him in the face, he decided to persevere and make a new plan.”

To reach his goal, Tunney changed his game plan. He learned the art of self-defense, which allowed him to use a different part of his hand for his craft. He completely changed the way he approached his goal.

When Tunney took on Dempsey, he beat him not only once but twice. He was no fluke.

“Gene practiced three responses, which empowered him to go further than he expected – continue, adapt and reverse,” Ellis said. “He did not give up on his original goal. He continued pushing forward and adapted how he chased his goal. He kept his mission the same but changed his methods. He took the very problem that could have shut him down and used it to send him on.”

The principal then offered his congratulations to the Class of 2020.

“No doubt you have been punched in the face, but get back up!” Ellis urged. “Remember the training you have had over the previous 13 years of school. Continue, adapt, reverse your situation and become champions in life!”

On Friday, June 26, seniors from Porter Consolidated High School scored a touchdown with a near flawless graduation ceremony held at the football stadium.

Seating on the turf provided enough room to provide social distancing for the 43 of the 46 graduates comprising the Porter Class of 2020.

The seniors were celebrated with speeches and an announcement of scholarship awards. Special feathers were presented to those with Native American heritage and a special slide show was shown on the side of the west buildings.

Seniors with the Coweta Class of 2020 celebrated the end of their high school years with a graduation ceremony held Saturday, June 27, 2020 at…