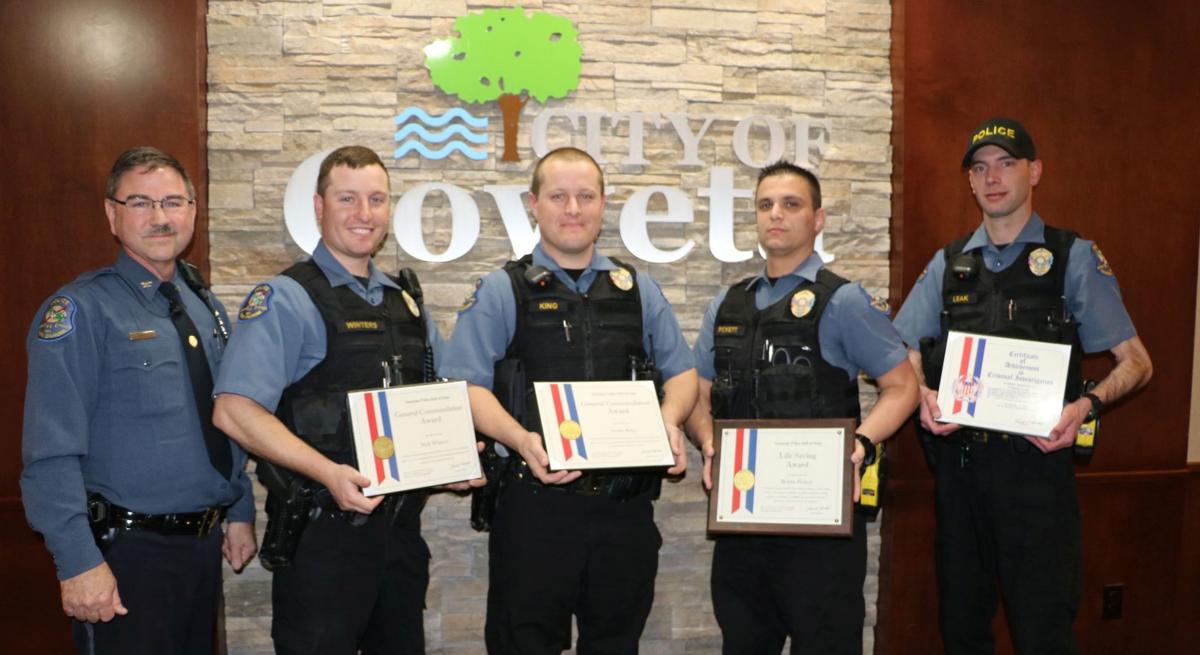 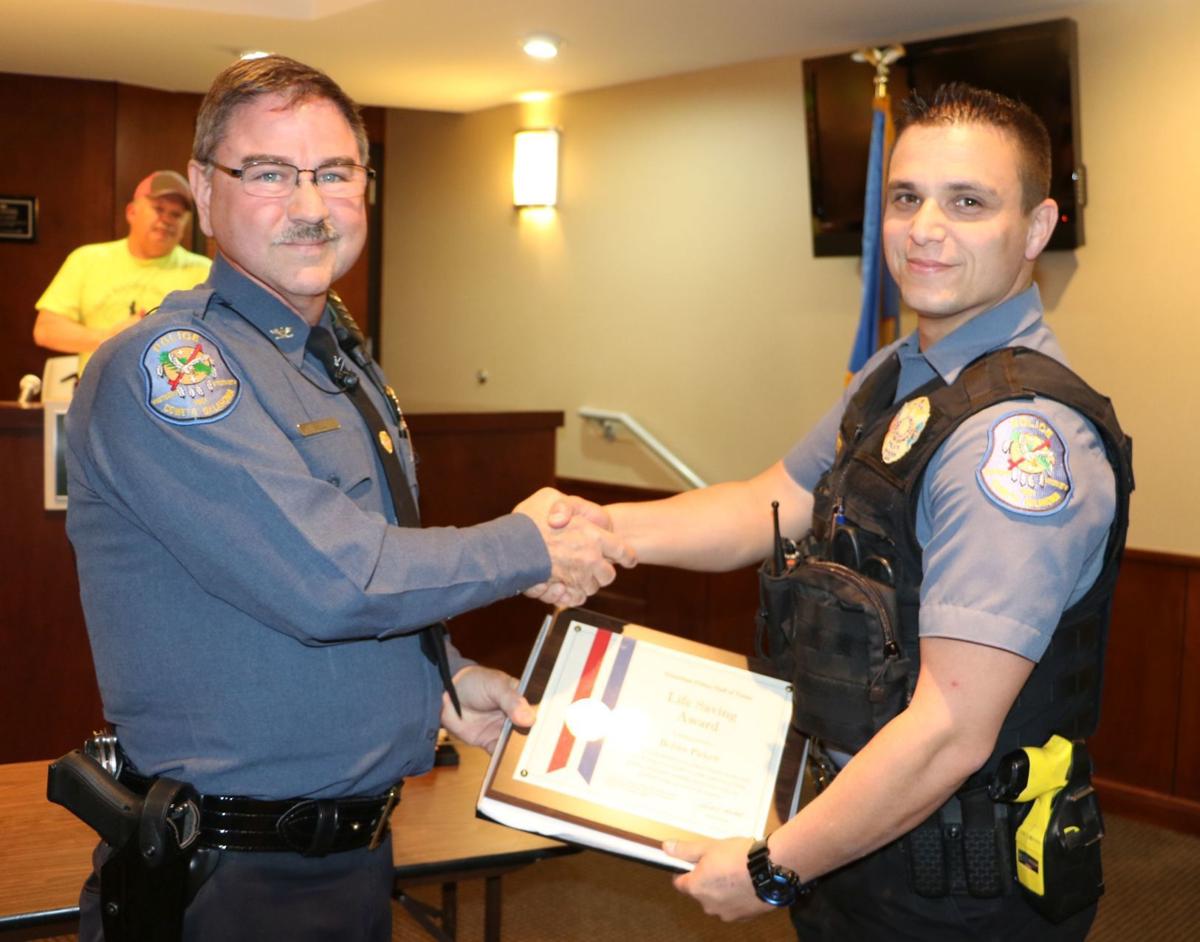 At the January Coweta City Council meeting, Police Chief Michael Bell presented Patrolmen Bobby Pickett, Austin King, Nick Winters and Clinton Leak with plaques from the National Association of Chiefs of Police for their dedication to a job well done on specific calls/situations in December.

Pickett received a Lifesaving Award in recognition of his unselfish actions during an emergency situation on December 12 that resulted in the saving of a human life.

Pickett was enroute to a shots fired call when he received information that a male party at the address may have shot himself in the chest.

Upon arriving on scene, both Pickett and Officer Bryan Underwood evaluated the scene, confirmed that a male party had received a gunshot wound to the chest area and ensured the scene was secure so EMS could approach.

Patrolman Leak received honors for a criminal investigation that led to the solving of an aggravated kidnapping and robbery incident in late December. The call came in as a missing person call.

“Through his investigation, he received information to determine that the female party was taken and being held against her will in another state,” Bell said. “He was able to locate her phone in Kansas and requested assistance from the sheriff’s department in that area.”

From the time the call was received in Coweta until an arrest was made by deputies was only three hours.

“Because of Officer Leak’s determination, the female party was recovered and a dangerous felon was arrested on possible federal charges,” Bell noted.

Patrolmen Austin King and Nick Winters were each presented with a General Commendation Award for their efforts at a Coweta home where an elderly male was having a medical emergency. The subject had fallen and required immediate attention to a head wound.

After the man was taken by EMS, his wife asked if the police officers would help clean up the blood.

“Officer King and Officer Winters, without hesitation, donned their protective gear and cleaned the entire area for the citizen,” Bell said. “This is not part of their duties, but it truly shows their total dedication to the citizens of Coweta and their mission as police officers.”

In presenting the awards, Bell told council members, “It is an honor to be Coweta’s Chief of Police. I am proud of the guys and gals who work for us.”

A capacity crowd was on hand for the award presentations that included several family members and friends of the honorees.