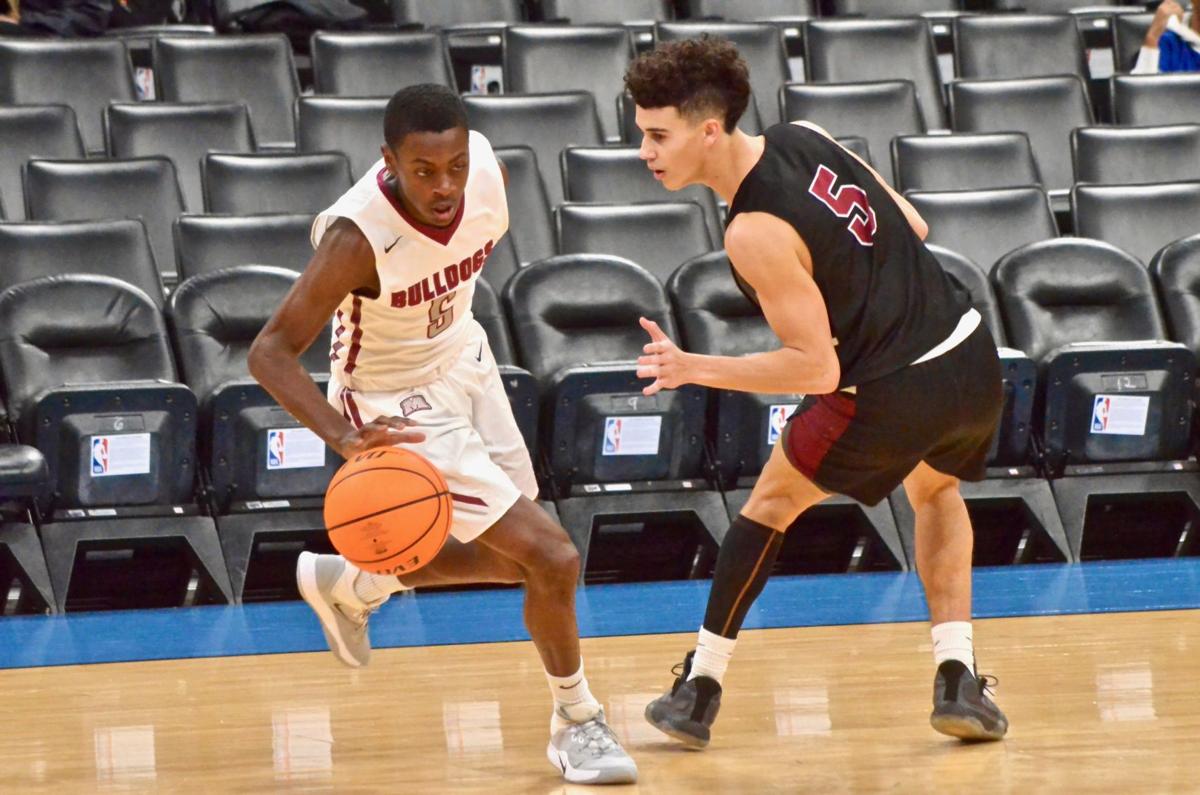 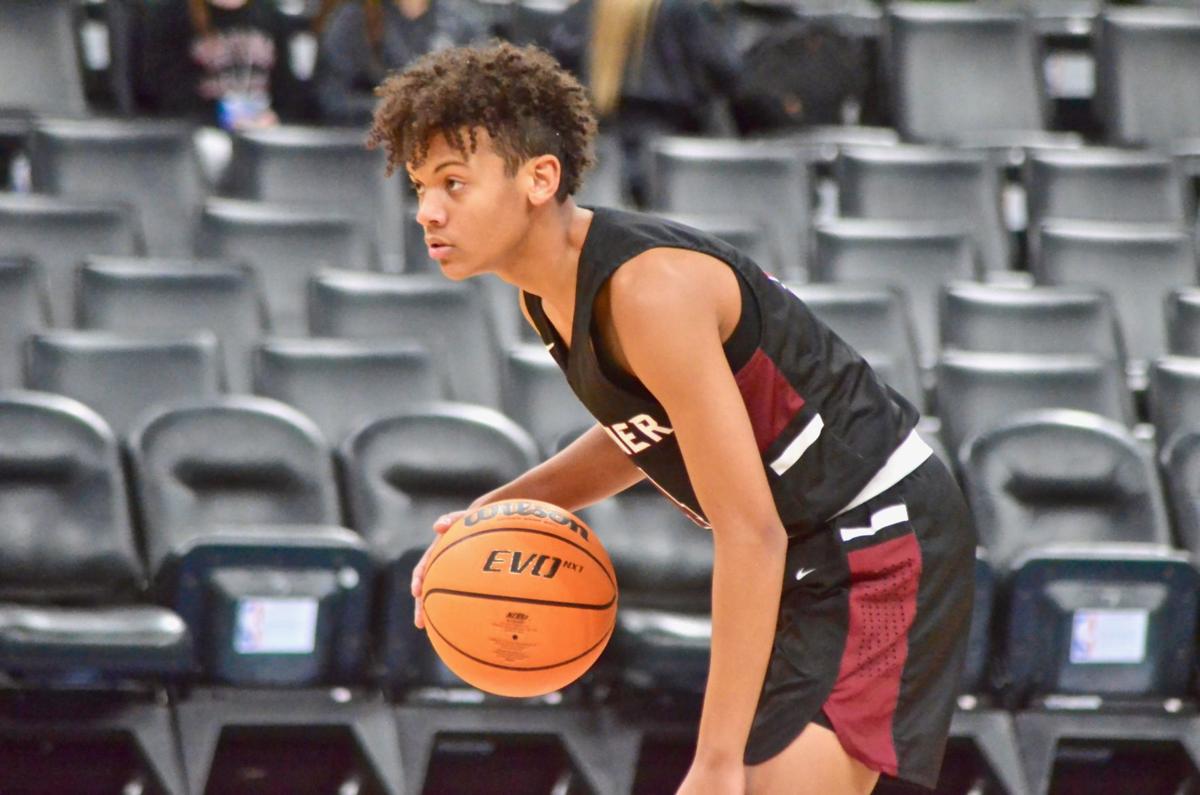 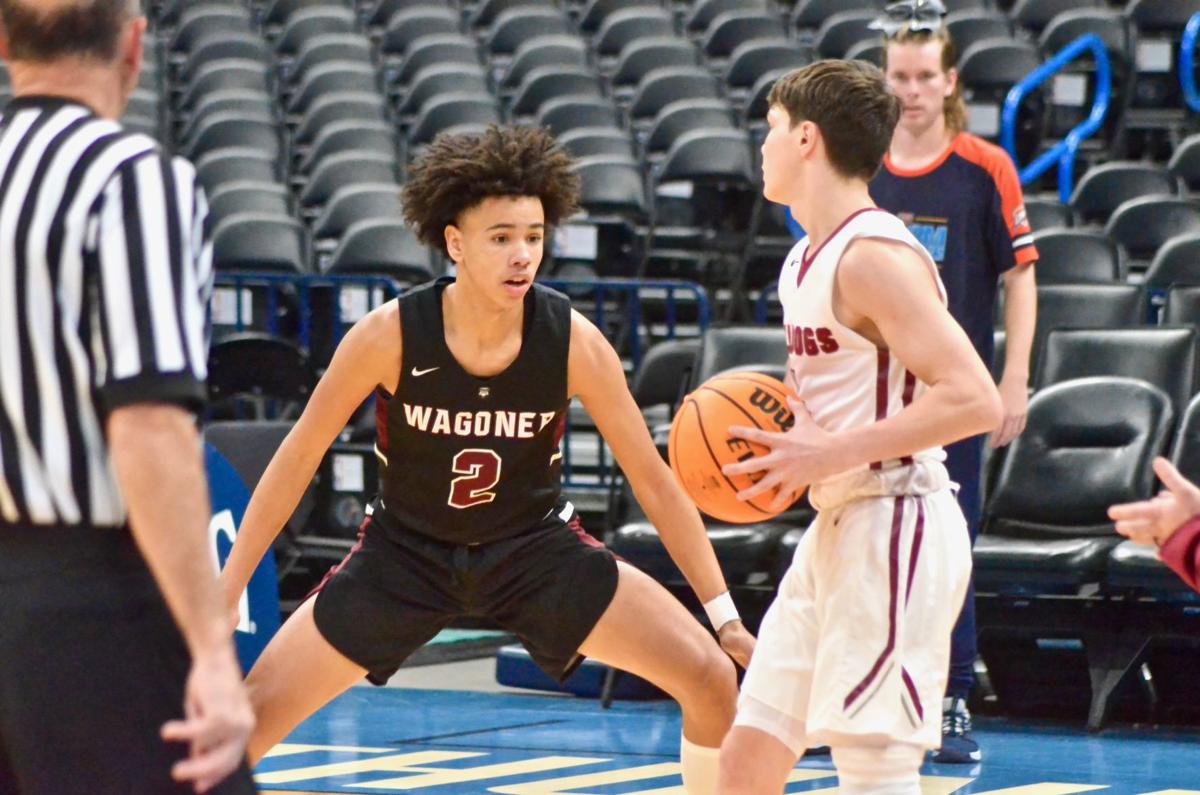 OKLAHOMA CITY– Freshman Corbin Marsey got plenty of playing time on Jan. 4 as he helped Wagoner run past Muldrow 57-52 during the Thunder Hardwood Series of high school basketball games in Chesapeake Arena.

Marsey was just one of the high points the 5-3 Bulldogs achieved during a hard fought battle.

1. Marsey is part of the bright future for Wagoner. The young team will grow even more and Marsey will be part of the success.

Against Muldrow, he had six points and scored off a nice steal during a frantic second half.

2. The Bulldogs are playing 32 minutes on a dead run now. Fresh players come off the bench to keep the speed going. The pace affected Muldrow, who beat highly regarded Checotah in double overtime recently.

3. Sawyer Jones led the way against Muldrow with 16 points, but left with 1:11 left in the game. While fighting for the ball, a Muldrow player flung Jones down and hit the back of his head.

Jones, however, was called for the foul and left the court bleeding. Reports Sunday showed Jones was doing better minus a headache from the action.

Jones was joined in double figures by Jacob Scroggins and Pawpa with 12 each.

This was the third straight year Wagoner has played in Chesapeake Arena and defeated Muldrow each time.

Scroggins got to participate in the 3-point shooting contest before the game and got a score of 21. The leader before the final game of the night had 24.

“We worked hard in the gym a lot (over the Christmas break),” said Marsey, who also plays soccer during the spring.

What about getting quality playing time?

Of the win, Ange still sees room for improvement.

“We shot decent,” coach said. “We still need to get better in transition.”

The Bulldogs travel Jan. 9-11 to the Oologah Tournament before finally getting back-to-back home games on Jan. 14 and Jan. 17 against Miami and Fort Gibson, respectively.