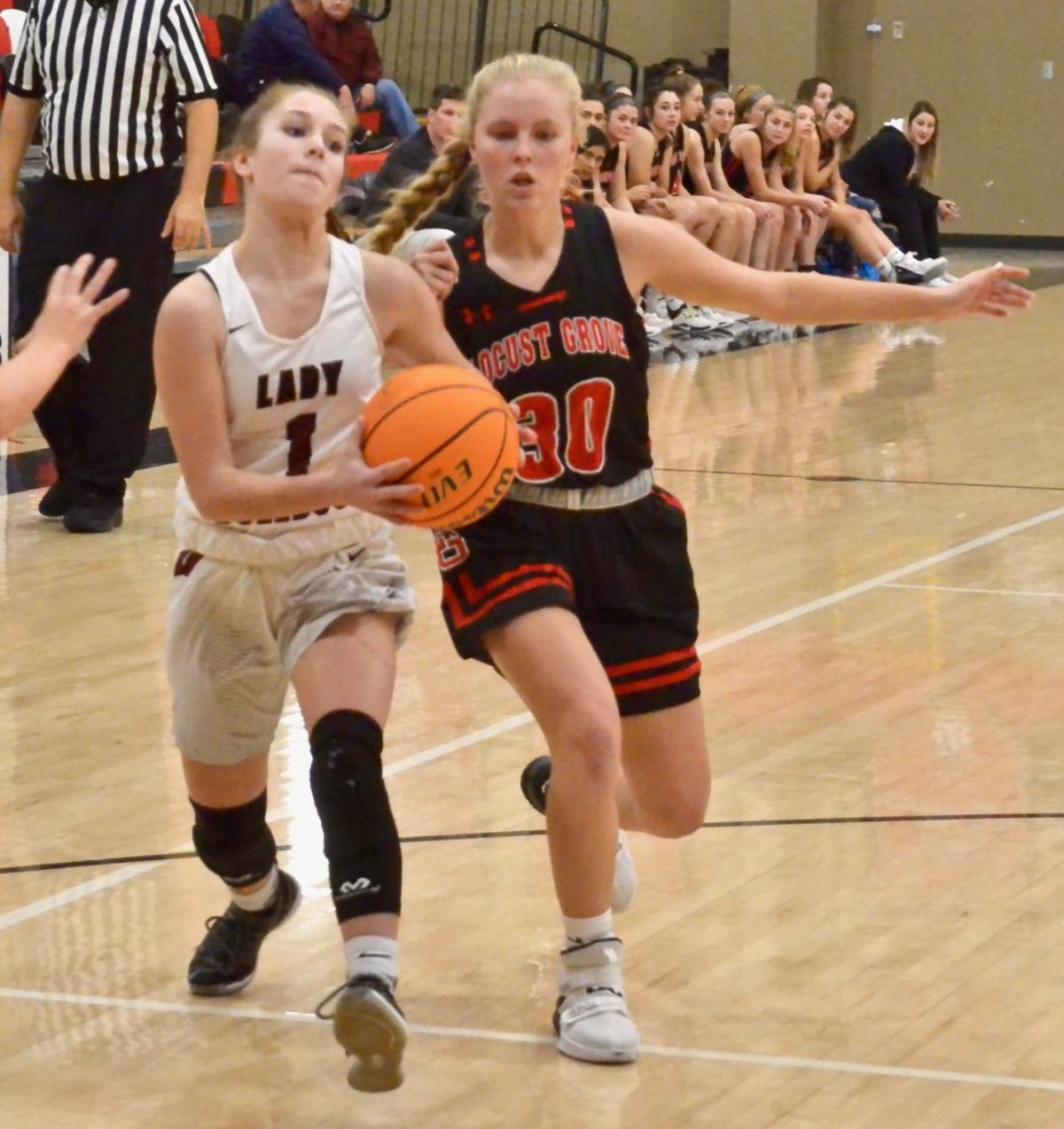 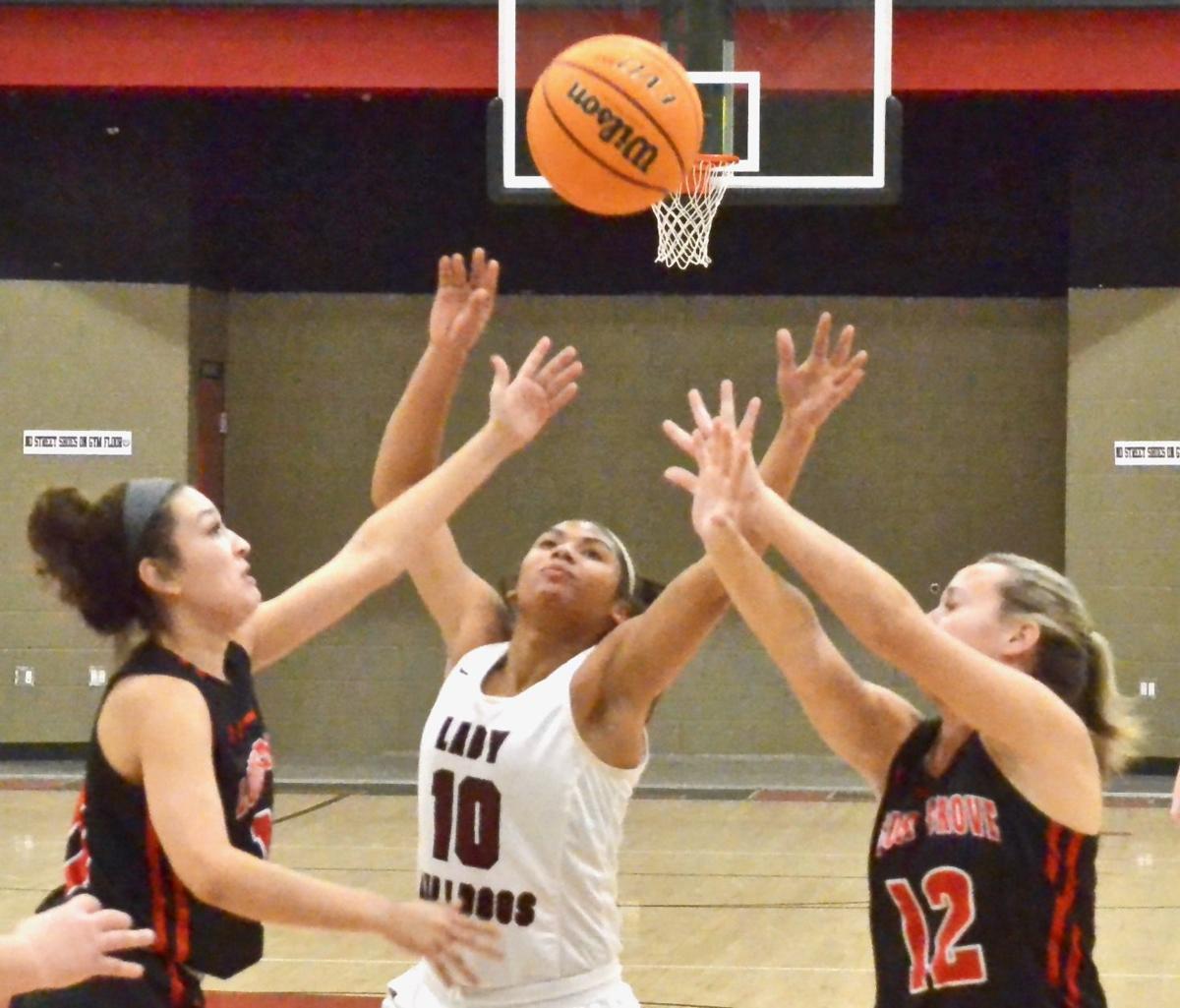 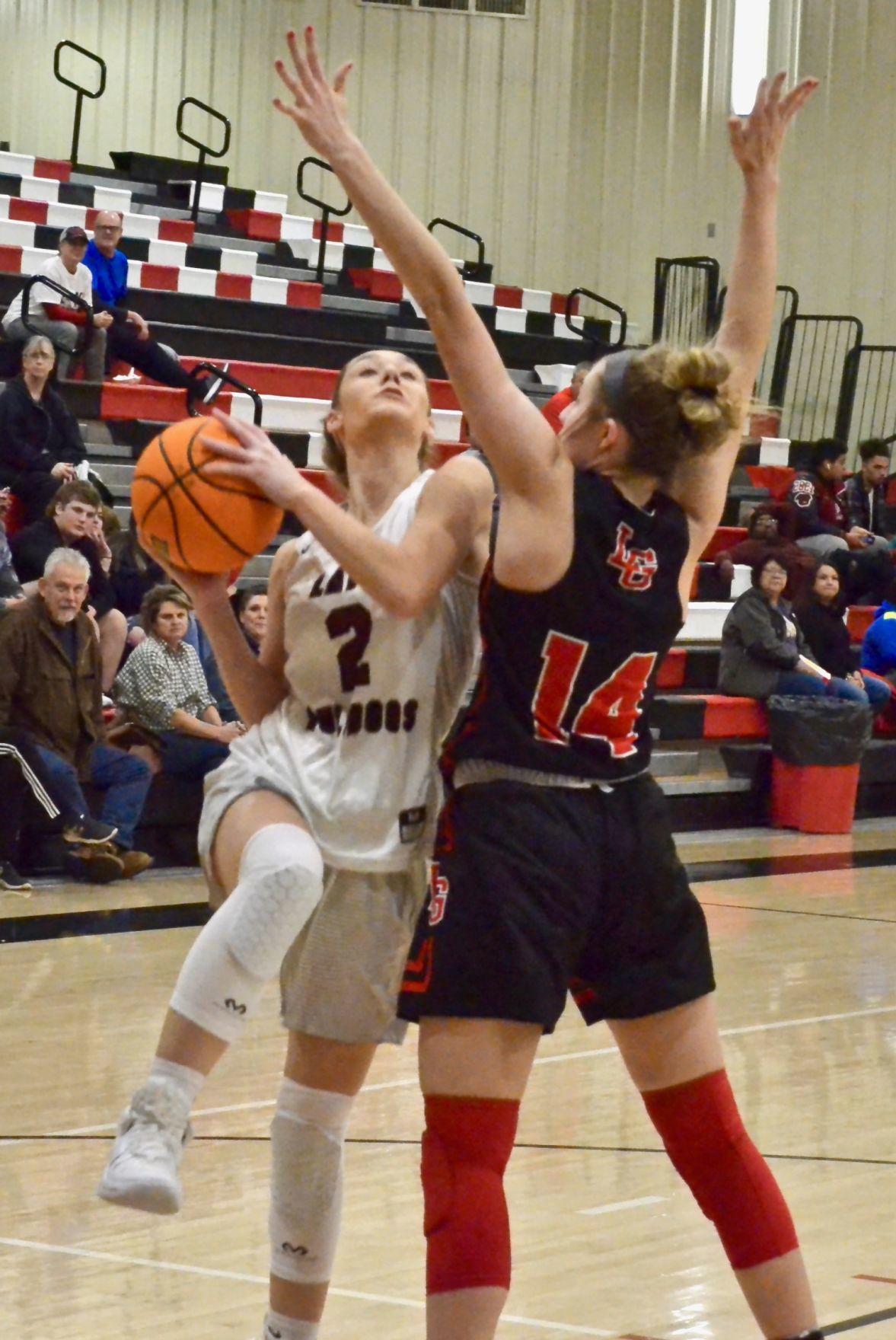 It is a good thing Abby Humphries’ parents work in the Wagoner Public School system or they might not see their freshman daughter very often.

However, it’s not like they see her a lot now. Humphries is a reserve on the Lady Bulldog basketball team and plays volleyball, soccer, is part of the freshman cheer squad and runs track.

In her spare time, she sleeps and goes to class.

“I’m definitely very busy all the time,” she admitted.

The key to Humphries’ play is she doesn’t act like a freshman on the basketball court. She acts like it’s part of her DNA when dribbling down the court.

“I’ve been playing since I was 4-years-old,” Humphries said after the last game of 2019 against Locust Grove on Dec. 17. “I’ve always grown up in the gym.”

In the last game of the Haskell Tournament, Humphries got a chance to play a lot when two starters were taking the ACT.

Humphries scored four points and helped the Lady Bulldogs garner their first win of the season over Salina. Wagoner is currently 1-6 on the season.

How does Humphries see her role on the team?

“To take care of the ball and help the girls get going and win,” she said. “And, play good defense. I always stay involved during a time out and I’m always trying to be ready (to go in) when the time comes.”

Jan. 4--vs. Muldrow at 3 p.m. in Oklahoma City's Chesapeake Arena for the Court of Dreams game