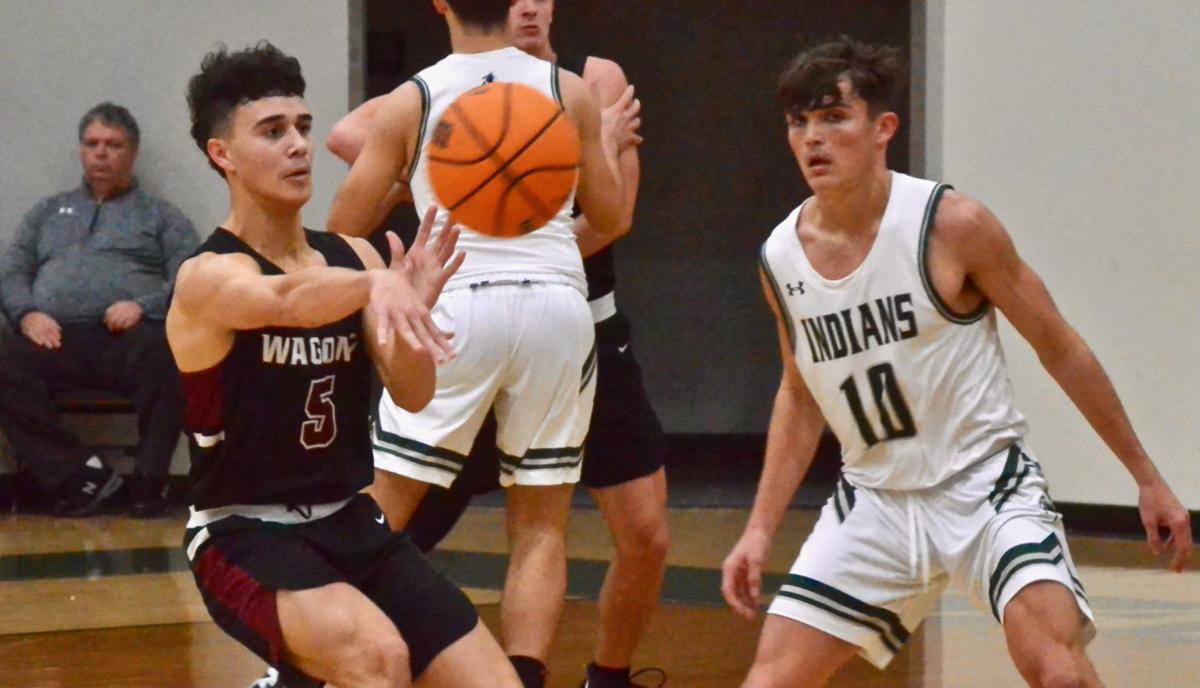 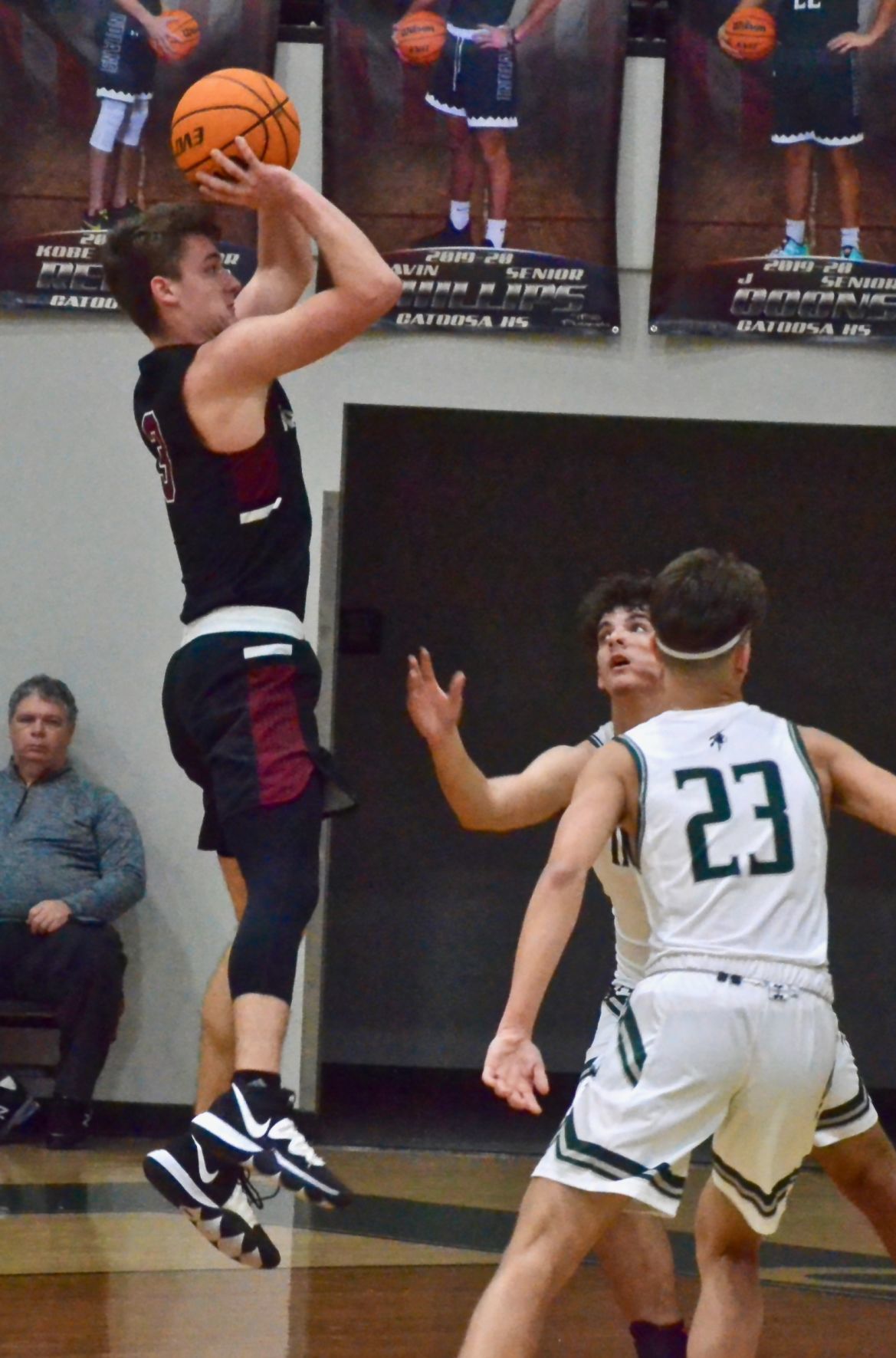 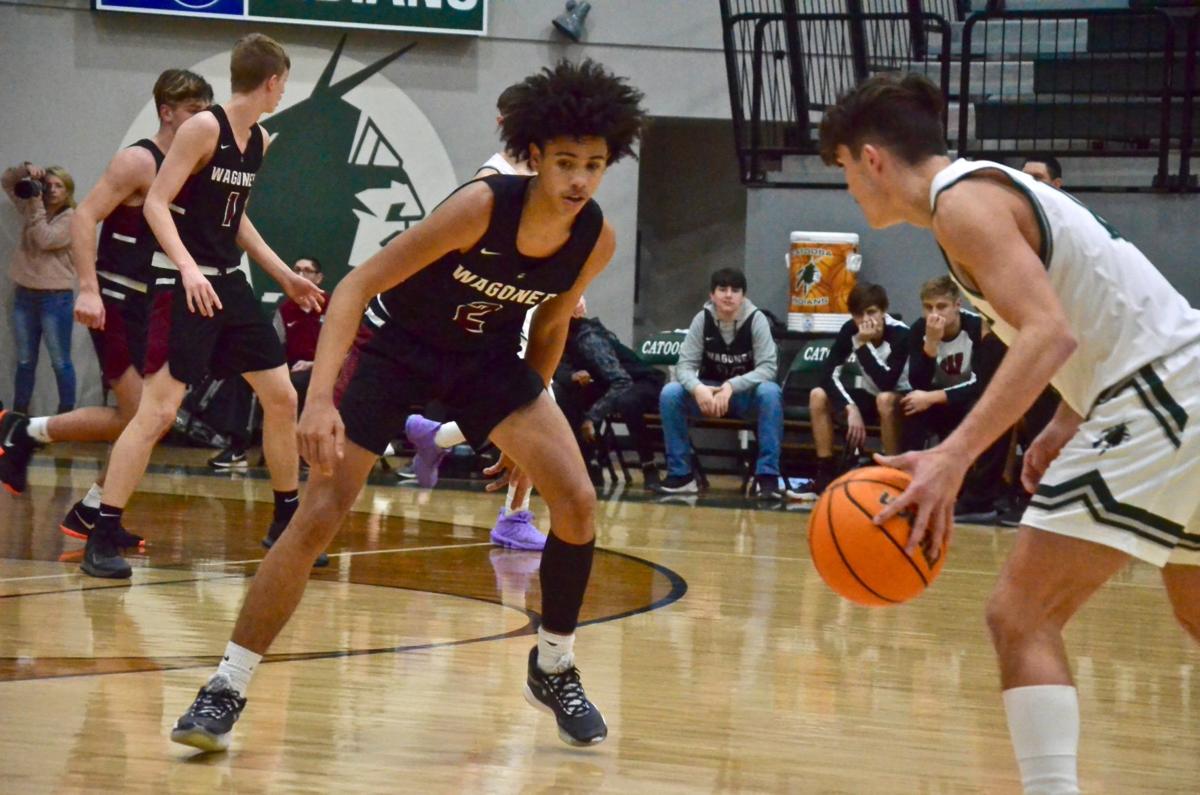 Wagoner’s Bristo Love gets set to defend against this Catoosa player on Jan. 28.

Wagoner’s Bristo Love gets set to defend against this Catoosa player on Jan. 28.

It happened on the next to last ranking period before District pairings are announced by the Oklahoma Secondary School Activities Association.

In the meantime, the 14-4 Bulldogs are playing really good basketball. Wagoner won two tough games last week over previously ranked Catoosa and No. 14 Hilldale. The Hilldale game went into overtime after the Bulldogs lost their 10-point lead in the fourth quarter. Still, Wagoner’s resiliency is paying dividends now.

Coach Zack Ange’s team is 4-2 against ranked foes this season.

“There’s one more ranking left,” Ange said. “We’ve got one week to boost our resume (and ranking).”

Now, here is the problem foes must face when playing Wagoner. Who do you double team when Wagoner has the ball?

Stop Jacob Scroggins at Catoosa and then Caden Pawpa (17 points) and Bristo Love (13 points) picked up the scoring slack.

Limit Pawpa like Hilldale did and Chase Nanni and Scroggins combined for 33. If that wasn’t enough to worry about add this: Who will slow Sawyer Jones’ scoring punch? Jones had 13 against Hilldale.

The answer for opponents is simple: You must guard all the Bulldogs and hope for an off shooting night. Even when rugged defender Jack Southern went down with an illness, the reserves came to the rescue.

“They’re playing hard,” Ange added. “It’s our M.O. Our defense is always there.”

Ange made that remark the week after Catoosa beat 4A’s No. 7 Broken Bow in the final of a tournament.

When it comes to competing with anyone in 4A, Ange feels “We’re right there.”

Wagoner played at Locust Grove on Tuesday, Feb. 4 and will again hit the road for a game at Jay on Feb. 7.

The rest of the schedule will be played at home beginning Feb. 11 with No. 11 Fort Gibson.