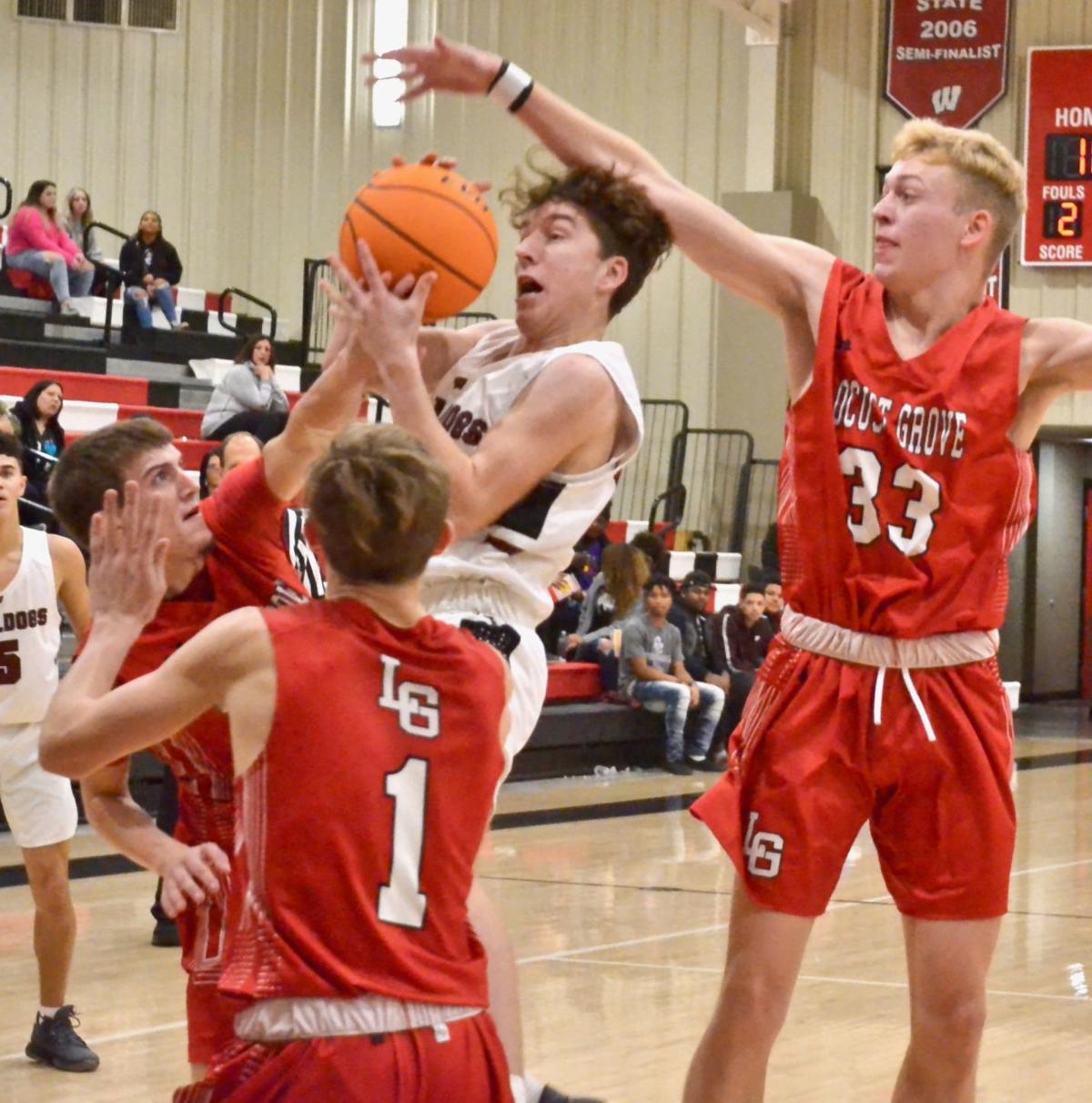 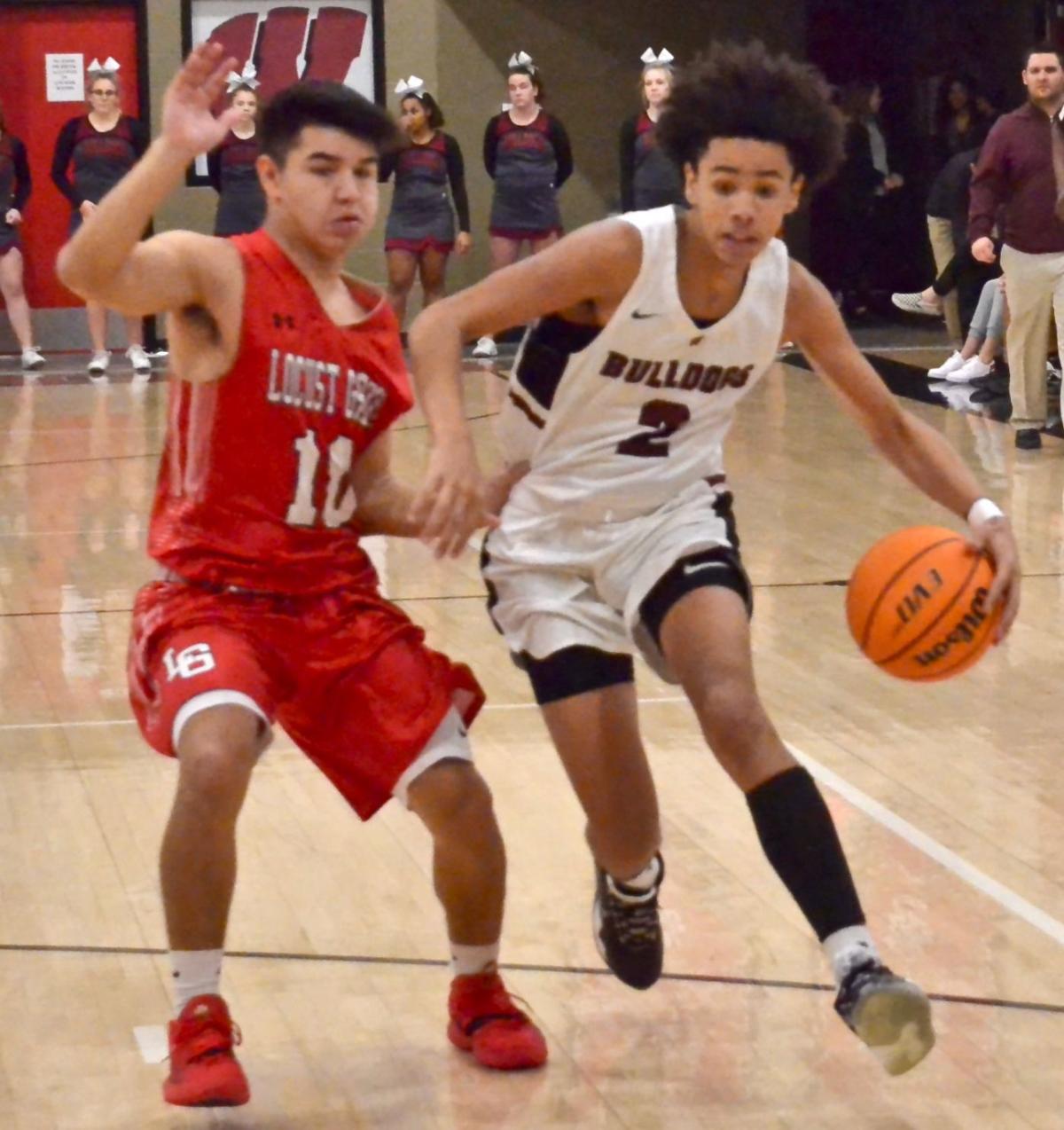 Bristo Love and Jacob Scroggins are reaching new ‘heights’ while Jack Southern made a big play like he has done during summer league play.

That’s the way it was during the last game of the 2019 basketball season for Wagoner’s Bulldogs.

Coach Zack Ange’s team closed out the year with an exciting win over Locust Grove 49-46 on Dec. 17. The team will go into the 2020 schedule with a 4-3 overall record.

Southern made three free throws in the fourth quarter and they were needed as he put the Bulldogs ahead for good.

Jacob Scroggins was a perfect 4-of-4 from the foul line to give Wagoner some breathing room late.

When asked if he had made bigger free throws or baskets for the Bulldogs, Southern knew instantly he had not.

“Definitely not for Wagoner, but I play summer ball (and had some there),” Southern said.

“They don’t ever stop,” Southern added. “They don’t get tired and go at you.”

Scroggins had a simple philosophy for his timely free throws made.

“I’ve got to knock them down,” Scroggins said. “And, do what I can for my team.”

It has been a busy two weeks for all the Bulldogs.

“I need some rest coming off this tough game, but I’ll definitely be in the gym (over the Christmas break),” he added.

Scroggins and Love are having a big presence on the floor. Some might say they have a tall perspective on the game.

Both players said it is an advantage to get taller, but improvement comes through hard work.