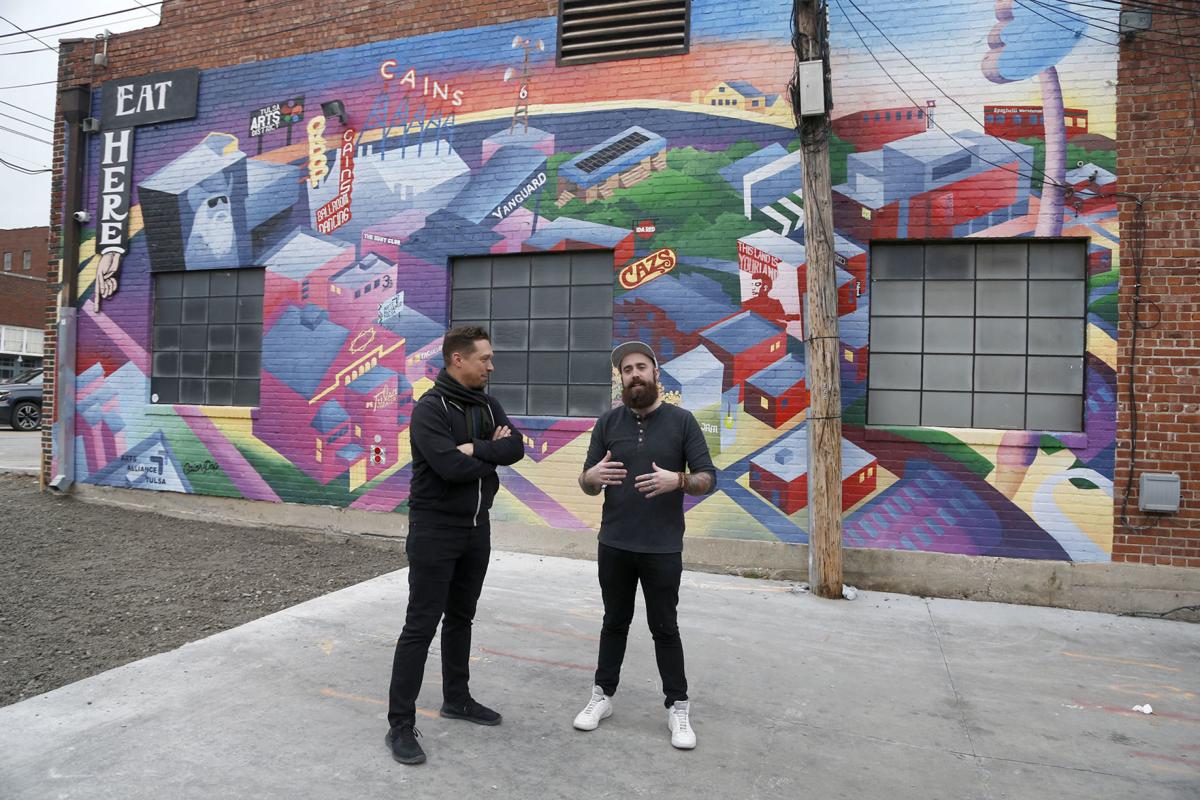 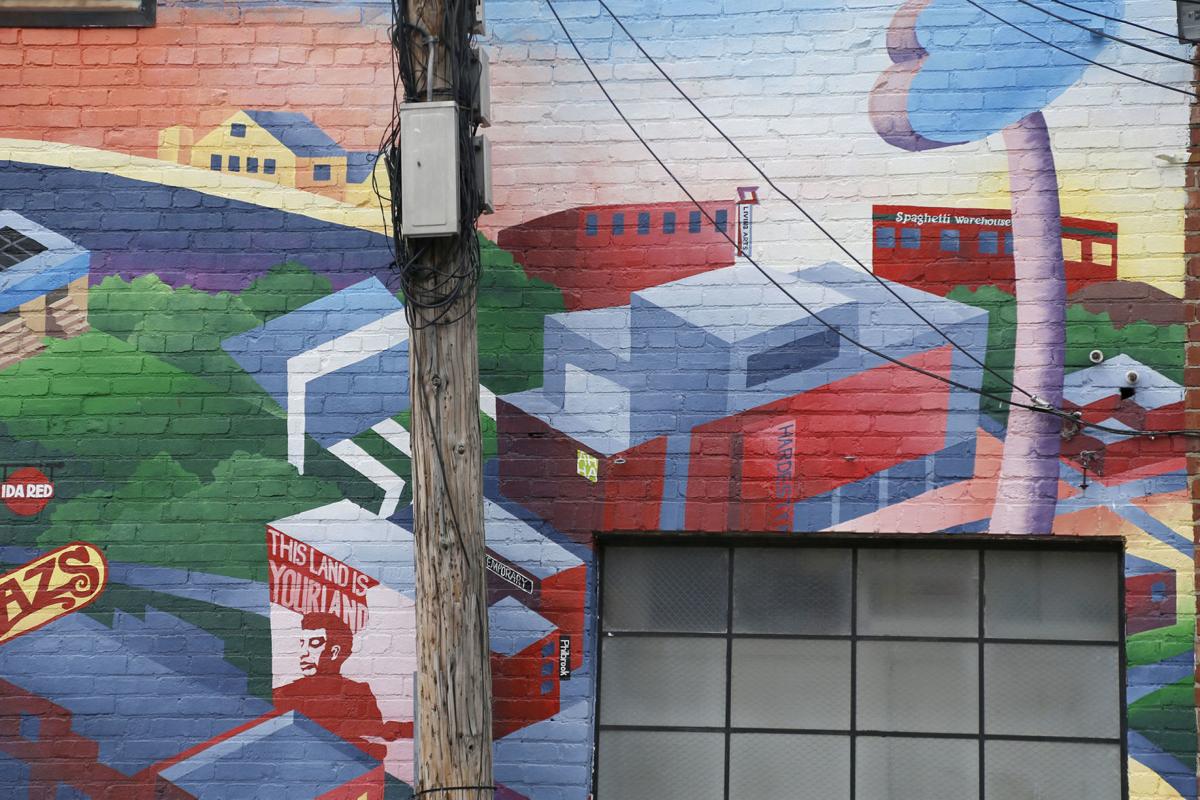 Many businesses and locations in the Tulsa Arts District were included on a new mural. STEPHEN PINGRY/Tulsa World 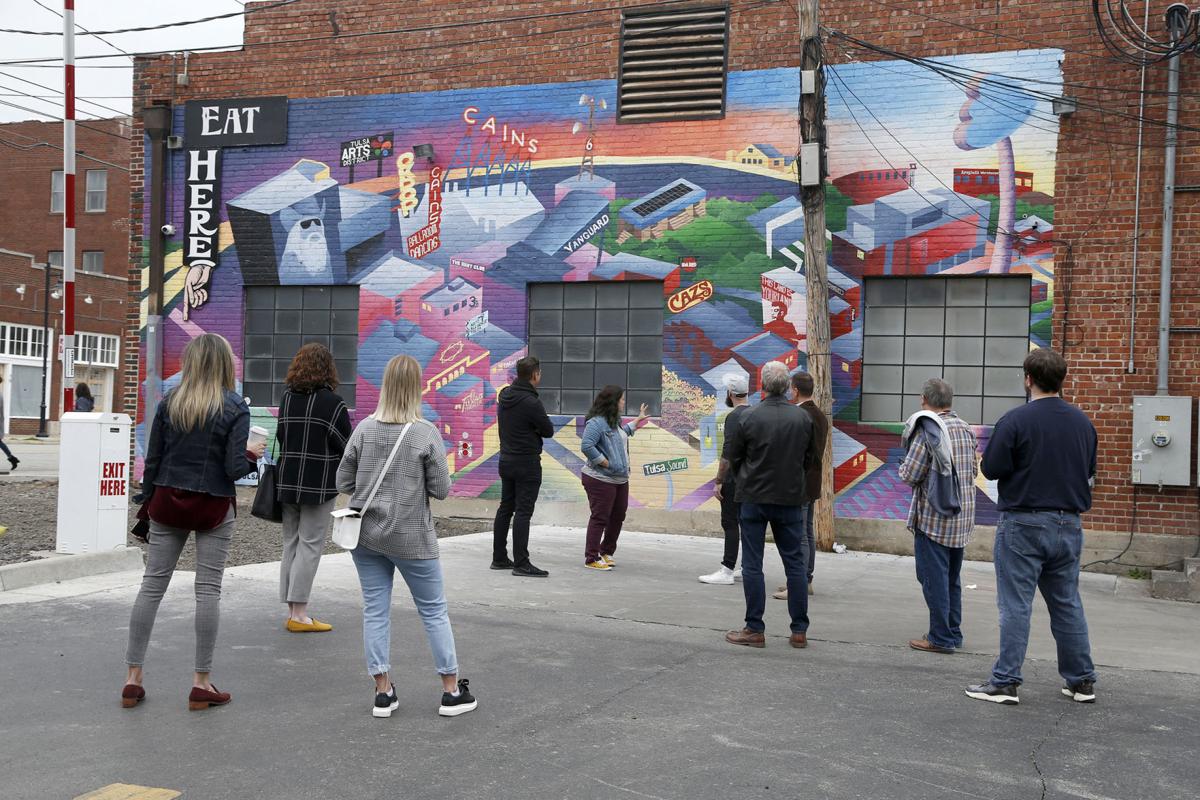 A new mural on the exterior of Caz’s Chowhouse is an illustrated depiction of the Tulsa Arts District. STEPHEN PINGRY/Tulsa World 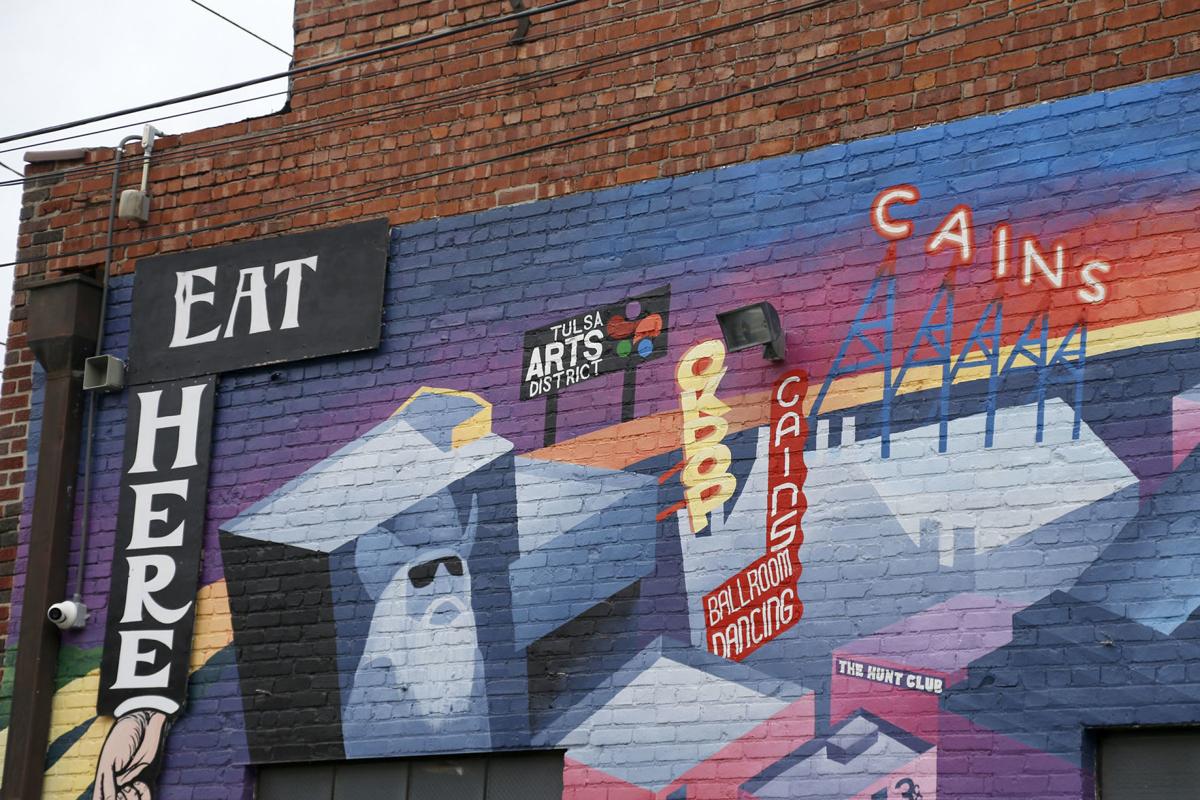 Be prepared to find “Easter eggs” in a new mural in the Tulsa Arts District.

Many businesses and locations in the Tulsa Arts District were included on a new mural. STEPHEN PINGRY/Tulsa World

A new mural on the exterior of Caz’s Chowhouse is an illustrated depiction of the Tulsa Arts District. STEPHEN PINGRY/Tulsa World

Be prepared to find “Easter eggs” in a new mural in the Tulsa Arts District.

Visitors who check out the newest mural in downtown Tulsa may get a bit of an education.

“I actually learned a lot about the area doing this,” artist Jamie Henderson said.

The mural was introduced during a Monday morning ceremony in Tulsa’s Arts District. The mural was painted on the west exterior of Caz’s Chowhouse. It is an illustrated depiction of the district. Many local landmarks like Cain’s Ballroom and the Woody Guthrie Center are highlighted.

Just when you think you’ve spotted everything on the mural, you might be advised to keep looking. Hey, there’s an image of Leon Russell. And there’s 3CG Records, the label for the Tulsa-based group Hanson. Isaac Hanson was present for the debut ceremony.

“There are Easter eggs all over this,” said Chad Oliverson, marketing director for the Tulsa Arts Alliance.

“We just hid all kinds of stuff in there,” said Scott Taylor, whose ColorPop Art Lab created the mural.

Here’s why the mural exists: Oliverson said the Tulsa Arts Alliance, which works to raise money for 40-plus local arts organizations, likes to annually “leave a piece of art behind” in the community — and not just downtown. So the Arts Alliance contacted ColorPop Art Lab a year ago to craft a mural in the Tulsa Arts District.

Oliverson said of the finished product: “This is a great reflection of the Arts District and the people that live in this neighborhood, because that’s what we are — a neighborhood. You can feel it every day, that vibe of just saying ‘hi’ to somebody.”

A few of the businesses and locations acknowledged on the mural are the Tulsa Theater, the Vanguard, Hunt Club, OKPOP (it will be built across the street from Cain’s Ballroom), TAC Gallery, Ida Red, Caz’s Chowhouse, Arts Alliance Tulsa, 108 Contemporary and ahha Tulsa. There’s also a shout-out to the “Tulsa Sound” impact on the music world.

“We basically wanted to incorporate as much of the Tulsa Arts District and the history and heritage that we can so we really try to bring in all the businesses and events that make this area a rich and vibrant area of Tulsa,” Taylor said.

The Hop Jam, a craft beer and music festival founded by Hanson and staged annually in the district, was included on the mural. Taylor talked about Hop Jam’s importance to the district during the ceremony.

“Everybody’s going to take a picture right here,” Oliverson said, referring to Hop Jam attendees and the Hop Jam section of the mural.

Of all the things ColorPop Art Lab has ever done, Taylor said he is most proud of the new mural.

“We’re hoping that this really inspires people to look at our district in a more communal way,” he said. “We are all in this together, and we all love Tulsa, and that’s kind of our hope with this.”

Taylor asked Isaac Hanson about Hanson’s decision to set up shop in the district years ago. He credited a “feeling” shared by other entrepreneurial people who chose to be on the “early end of kind of revitalizing the neighborhood.” He mentioned a few of the pioneering businesses.

“Since then it has gone through kind of a massive rebooting,” he said, adding that the mural can showcase what is going on in the neighborhood.

Henderson, who was the project lead on the mural, said the most challenging thing about it was the scale, but she loved adding details. It should be noted that she made a sacrifice in finishing the tall-as-a-building mural. Said Henderson: “I’m afraid of heights.”