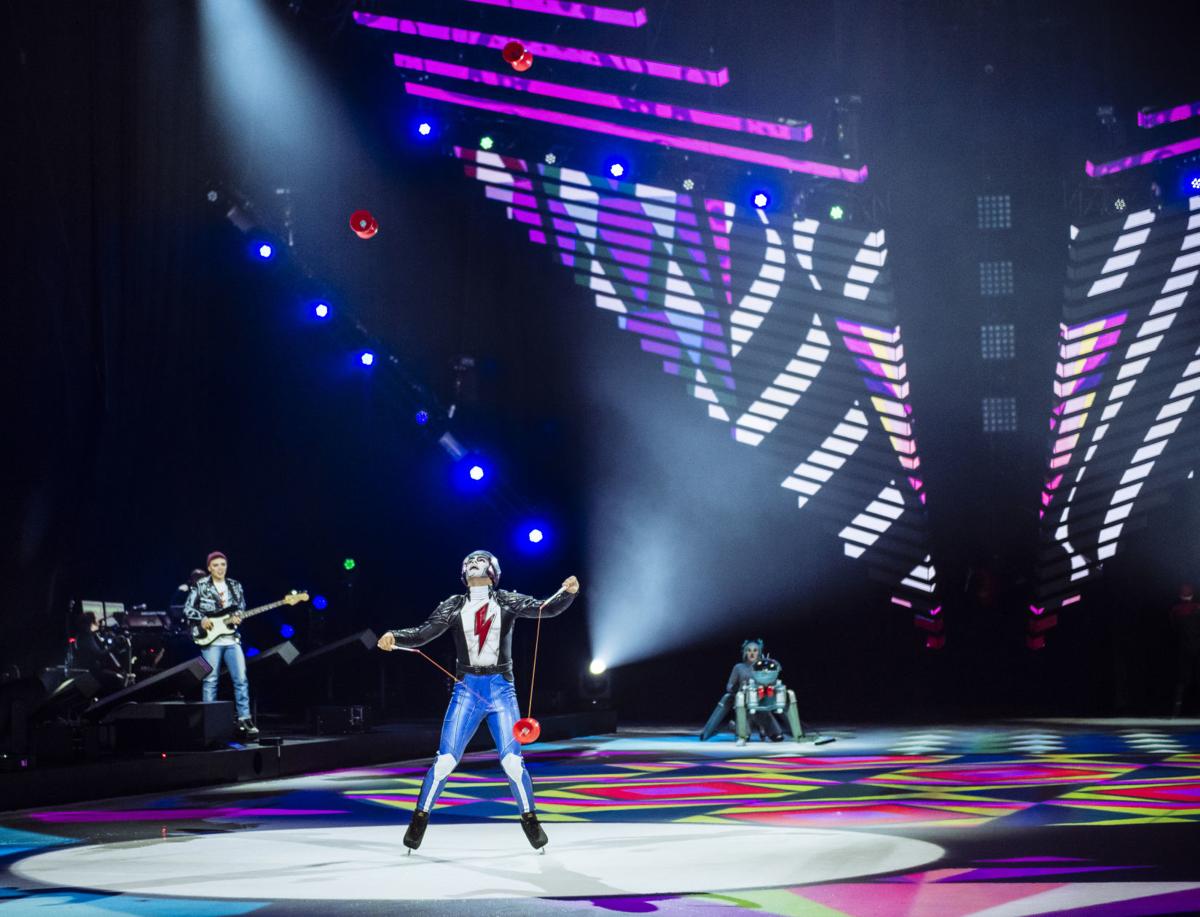 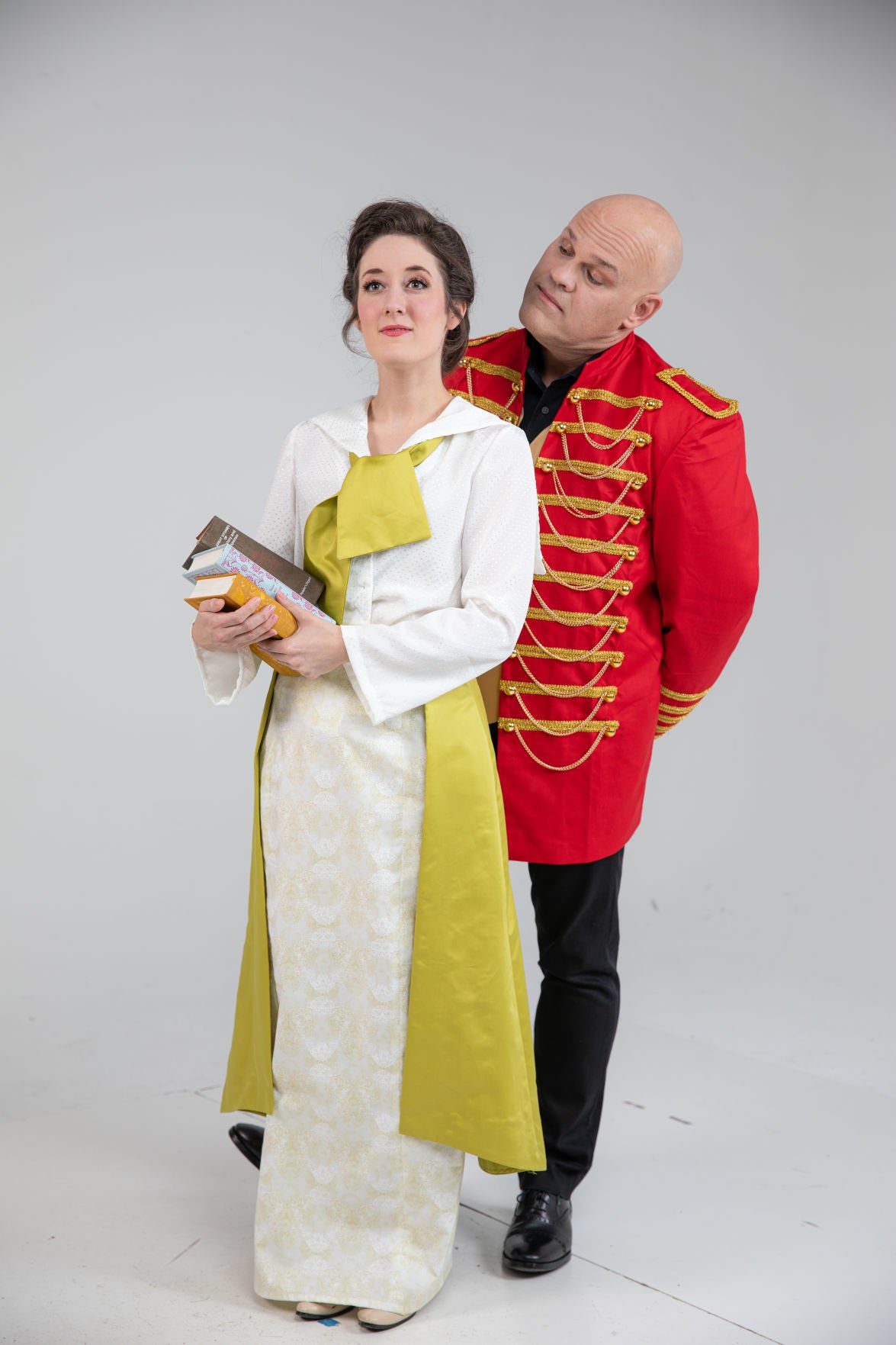 Cirque du Soleil returns to the BOK Center with its newest creation, “Axel,” which combines the company’s trademark feats of acrobatics, strength and balance with the music, sound and lighting associated with a major concert experience.

It’s also the second Cirque du Soleil show to be performed on ice, following “Crystal,” which came to Tulsa in 2018.

The new show centers around the title character, a young musician and artist who conjures up a world of good and evil that becomes his own voyage of discovery.

Jayden Sierra, who was part of Australian vocal group The Collective, has the lead role of Axel in this production, which also features aerial acts, diabolo jugglers, balancing acts, precision figure skating and acrobatics.

Trouble has definitely come to River City — in the form of confidence man Harold Hill, who passes himself off as a professor of music to fleece unsuspecting residents of the Iowa hamlet of their hard-earned money.

Hill’s con is to convince the locals to outfit their youngsters with all the instruments, uniforms and other accoutrements of a marching band — and to get out of town before the ensemble squeezes out its first sour note.

But Hill’s plans do not take into account the local librarian, who sees Hill for what he is — and still finds him oddly intriguing.

Theatre Tulsa is presenting its production of the classic musical by Meredith Willson, with Mark Frie and Margaret Stall in the lead roles.

Heller Theatre Company will ring in the new year with the latest installment of its Second Sunday Serials and the world premiere of a new work created in collaboration with the Midwestern Theater Troupe.

The Second Sunday Serials offers excerpts from original plays, with audience members voting on which stories they want to continue in the coming months. This month’s program includes two plays making their debuts (“Mee Maw” by Michael Wright and “Night at the Office” by Kenna McHugh) and the latest episodes of three works: “The Secret of Washington D.C.” by Tilda Clyde; “The Hot Water Circle” by Jordan Clark; “Future Projections” by Bailey James.

On Friday, the company will open the first production of its Heller Launchpad program, “The Nostalgia Will Eat Itself” by John Fisher.

The play begins with a Tinder date between a young man who rose to quasi-fame playing video games on YouTube and a young woman whose interest in gaming is tempered by the industry’s sexist attitudes. Both of them harbor secrets and, before the night ends, blood will spill.

The play blends traditional horror elements with the horrors of online dating and toxic masculinity in a reflection on nostalgia, misogyny and fame in a post-GamerGate world.

“The Nostalgia Will Eat Itself” is produced by Nick Lutke, Thomas Hunt and Luke Thompson under their “Write That Down Productions” label, with assistance from Heller Theatre Company and Midwestern Theater Troupe. The cast includes Hunt, Kara Bellavia, John Cruncleton III and Ben Despain, with Lutke directing.

Tickets: Serials, $5 at the door. “Nostalgia,” $12, at the door or at hellertheatreco.com

‘Peter and the Wolf’

Tulsa Ballet created “Peter and the Wolf” to serve as its primary production for educational outreach programs. But the company also offers special performances for the public, such as the two shows that will be offered in Broken Arrow.

“Peter and the Wolf” was adapted by Dan McGeehan from the original “symphonic fairy tale for children” and choreographed by resident choreographer Ma Cong. Peter is an imaginative young boy who managed to save his village from a marauding wolf with the help of some animal friends.