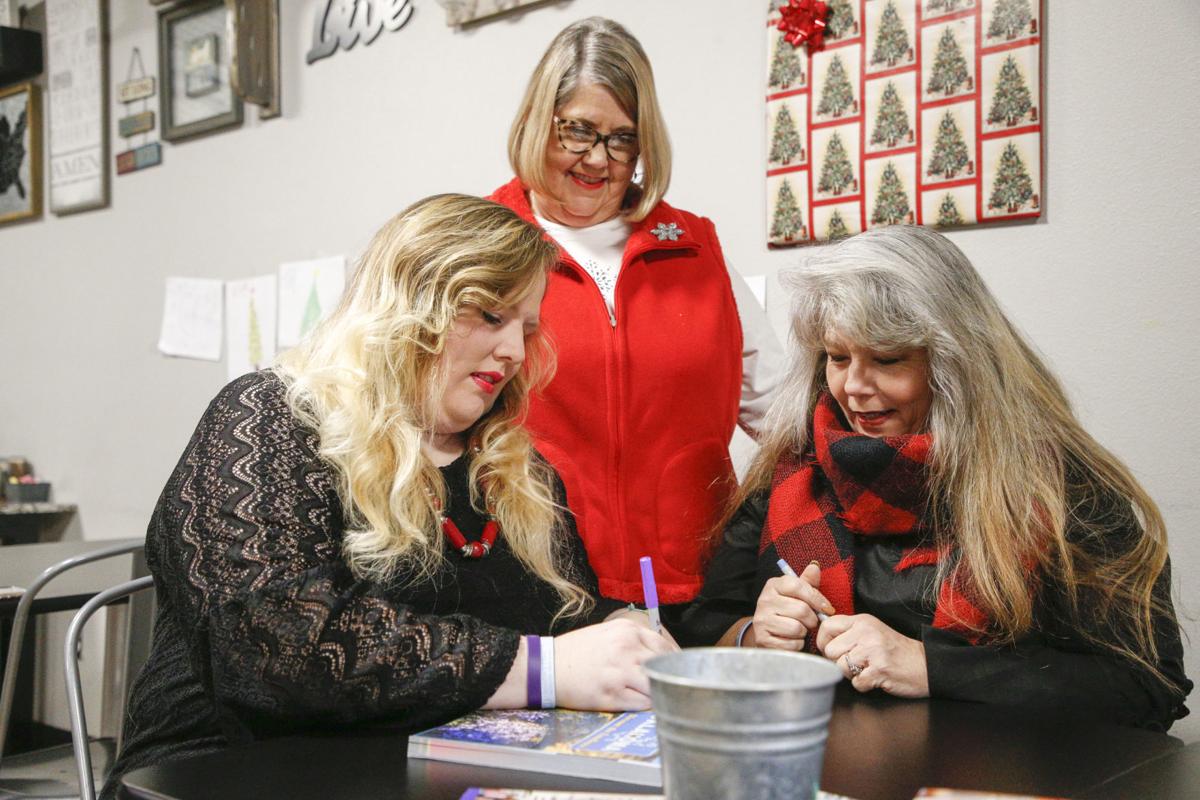 Amanda Mafemi (left) and Dixie Olson sign a book for Pat Chance of Coweta during a book signing of “Oklahoma Back Road Restaurant Recipes” at Dixie’s Cafe in Coweta. IAN MAULE photos/Tulsa World 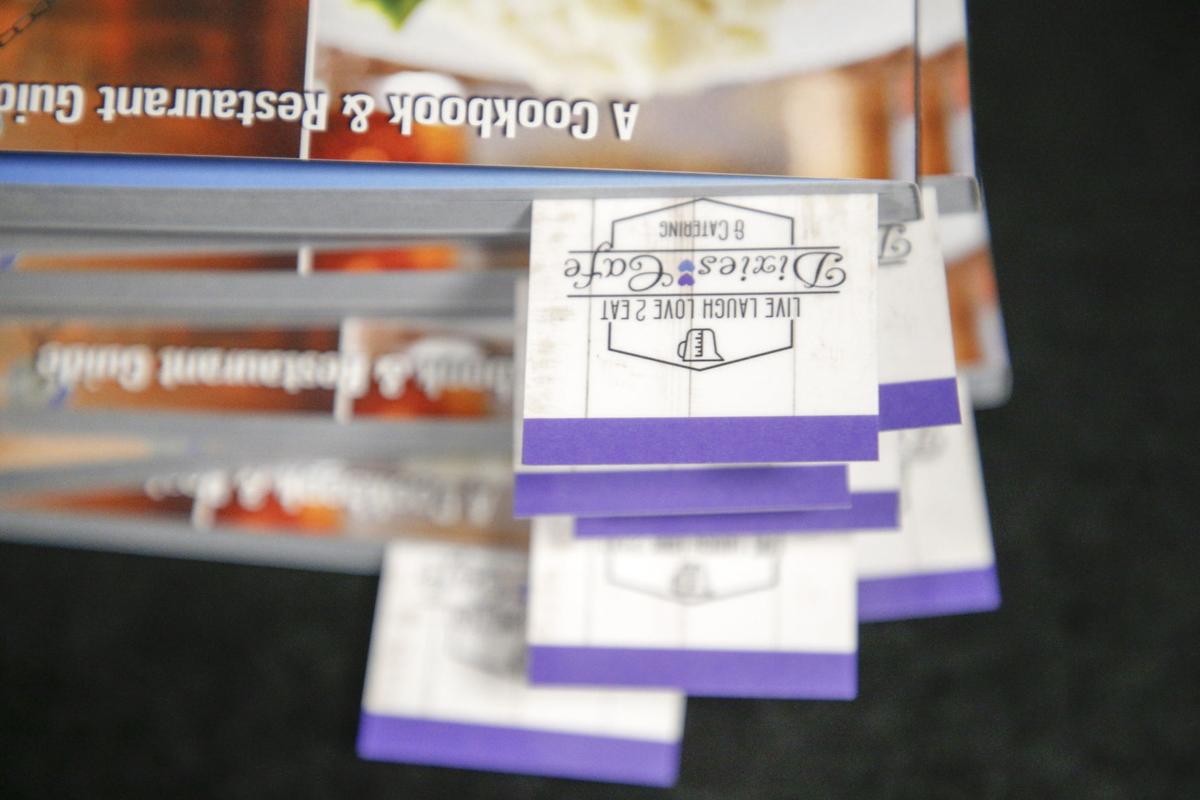 Bookmarks stick out of the top of cookbooks during a book signing of “Oklahoma Back Road Restaurant Recipes” at Dixie’s Cafe in Coweta. IAN MAULE/Tulsa World 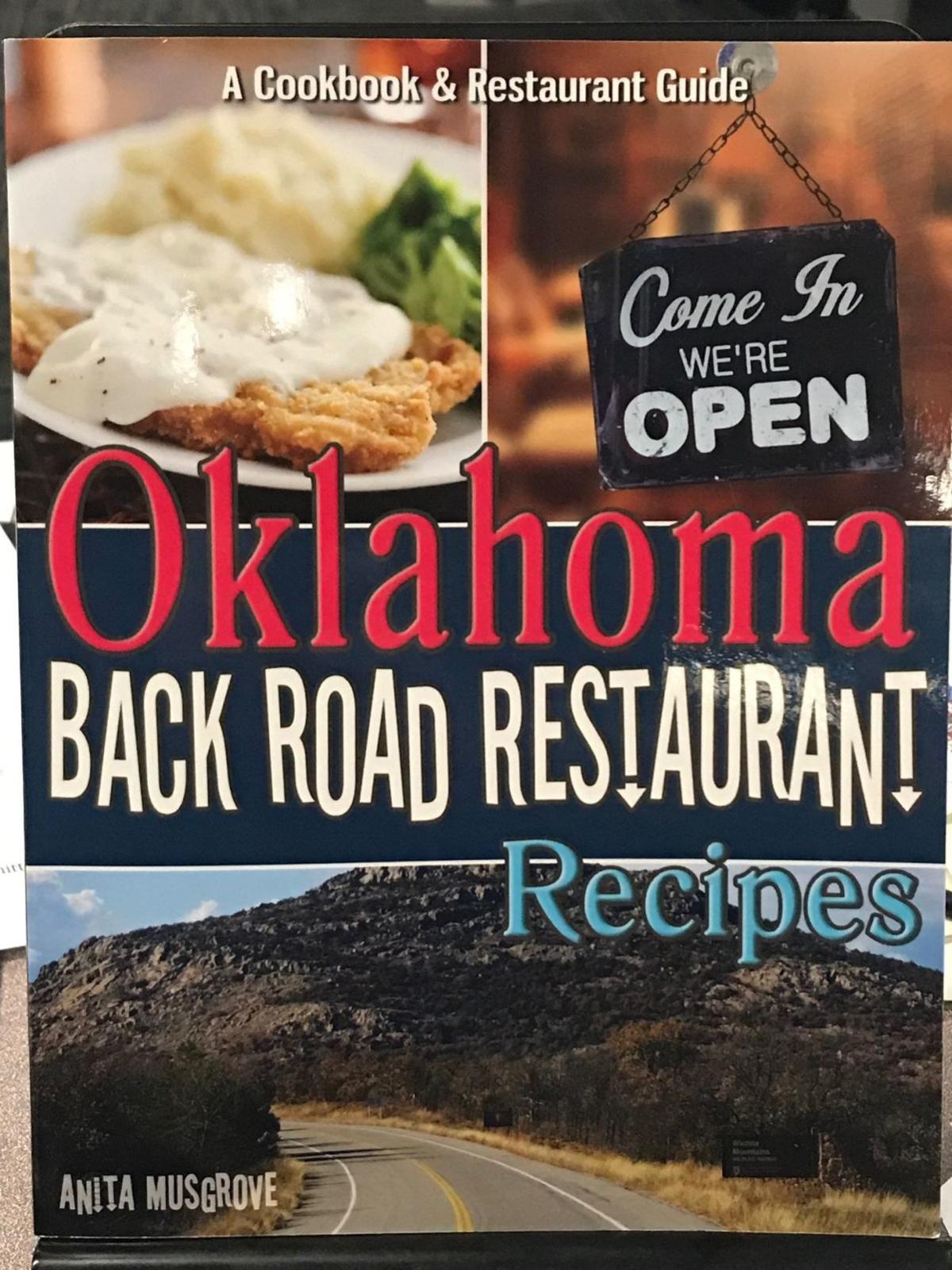 Amanda Mafemi (left) and Dixie Olson sign a book for Pat Chance of Coweta during a book signing of “Oklahoma Back Road Restaurant Recipes” at Dixie’s Cafe in Coweta. IAN MAULE photos/Tulsa World

Bookmarks stick out of the top of cookbooks during a book signing of “Oklahoma Back Road Restaurant Recipes” at Dixie’s Cafe in Coweta. IAN MAULE/Tulsa World

When Anita Musgrove and her late husband would take to the highways and byways for their vacations from their construction business, the couple had one hard and fast rule when it came to breakfast, lunch or dinner.

“That was something my husband insisted on,” Musgrove said. “He just didn’t like eating in fast-food, or any sort of chain, restaurants. He always wanted to find the places where the locals ate. If we couldn’t find a good locally owned restaurant in a town, we’d go to a grocery store and buy things to make sandwiches.

“Most of the best places we found were places we would have just passed by if we hadn’t asked someone to recommend a local place to eat,” she said.

This practice ultimately led to “State Back Road Restaurant Recipes,” a series of books that are a combination of travel guide and cookbook. The just-published ninth book in the series covers Oklahoma.

“Oklahoma Back Road Restaurant Recipes” may, to some minds, stretch the idea of “back roads” to an extreme, as the book features such high-profile Tulsa-area establishments as The Spudder, The Restaurant at Gilcrease Museum, Roosevelt’s on Cherry Street, Trencher’s Delicatessen on Harvard Avenue, Waterfront Grill in Jenks, and Stone Mill BBQ and Steakhouse in Broken Arrow.

“We do write about the big cities, as well as the small towns,” Musgrove said, “but in every case, it’s all about places that are locally owned. There may not be a lot of fine-dining restaurants in the book, but you’ll find the finest dining you can have in every place we visited.”

Musgrove said she either visited personally the restaurants featured in the book or interviewed the owners by telephone.

She also had each restaurant submit photographs of the restaurant and the food it serves, along with a couple of recipes.

“We didn’t insist that it be a recipe they serve at the restaurant,” Musgrove said. “It could have been a family recipe if they wanted.”

Dixie Olson, who runs Dixie’s Cafe in downtown Coweta with her daughter Amanda Mafemi, at first wasn’t sure about being included in the book.

“Because we make everything from scratch, we’ve been talking about doing our own cookbook,” Olson said. “And a few years ago, a box that I stored all my recipes in went missing, so I was a little reluctant to give things away.”

In the end, Olson shared the recipes for two popular items from her cafe’s regular menu: the Sweet French Toast and the Egg Salad BLT Wrap.

“People like them, and they’re fairly easy to do,” Olson said.

In addition to the cafe at 111 N. Broadway in Coweta, Dixie’s also offers catering services and “take-and-bake” meals.

“My goal is to be able to get products like our salad dressings and sauces on the market,” Olson said. “That would be a start at bringing our food to the family table.”

When the book came out, Olson and Mafemi hosted a book-signing with Michelle Brashear, whose Local Flavor restaurant in Haskell is also included in the book.

“I’ve always loved to cook and would do some catering for friends and the like,” Brashear said. “People were always saying I should open a restaurant, and about two years ago, that’s what we did.”

Local Flavor, 206 E. Franklin St. in Haskell, specializes in comfort food, as well as daily dessert specials, such as the Buffalo Chip Cookies that are part of the restaurant’s entry in “Oklahoma Back Roads Restaurant Recipes.”

“I also included a recipe for chicken salad that a friend of mine and I put together when we were being a little silly and pretending like we were on some cooking show,” Brashear said. “When we finished and tasted it, we thought it was really good. And I thought, ‘Now I have to remember what I did if I’m going to make this again.’ ”

“Oklahoma Back Roads Restaurant Recipes” is available from most book sellers or may be ordered directly from the publisher. For more information: greatamericanpublishers.com.