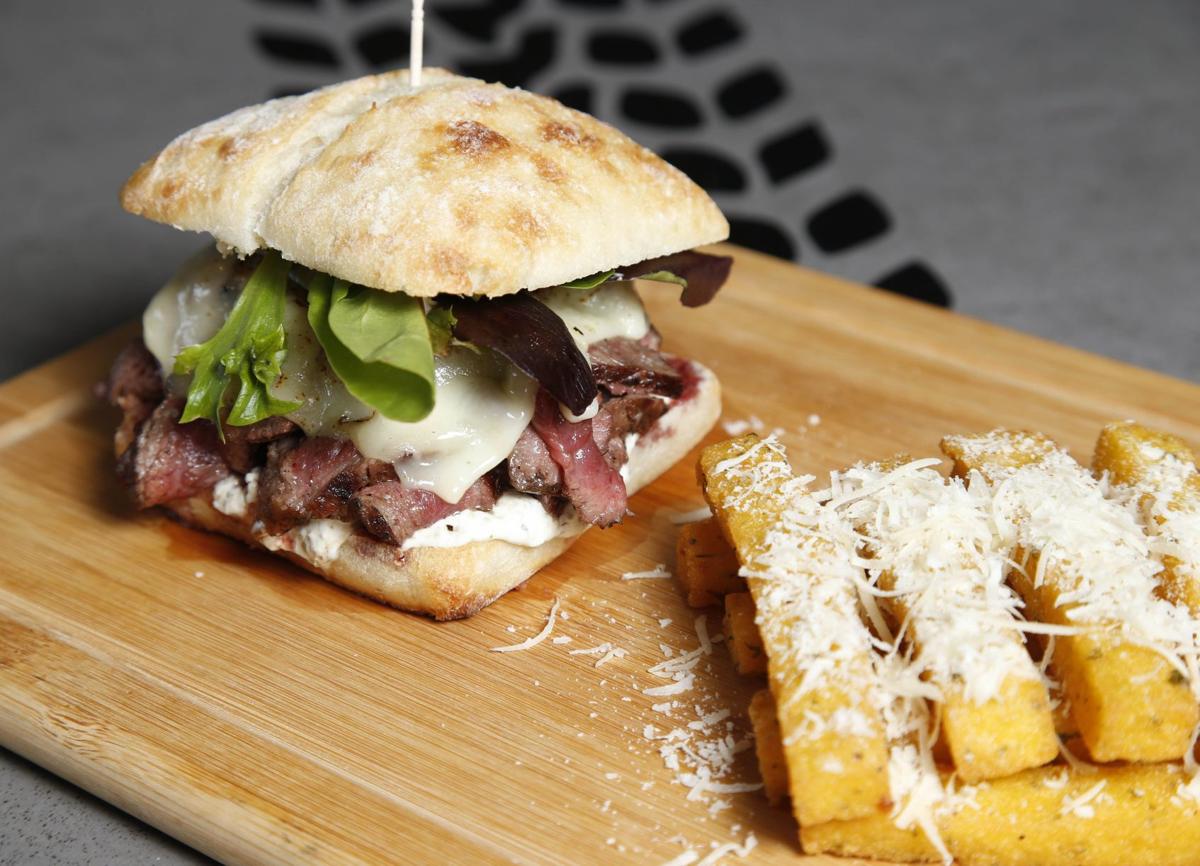 A picanha sandwich with polenta fries is a signature dish at the Doctor Kustom food truck. MATT BARNARD/Tulsa World 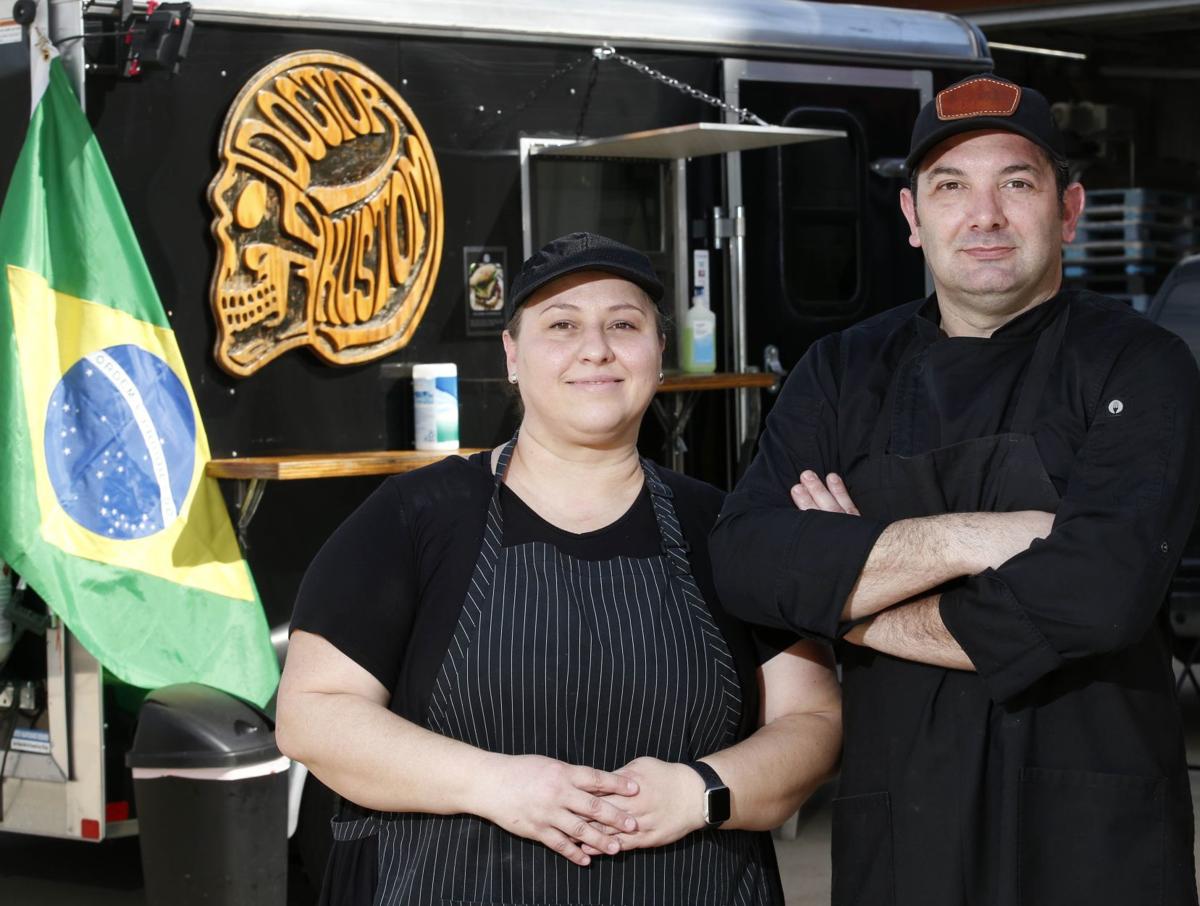 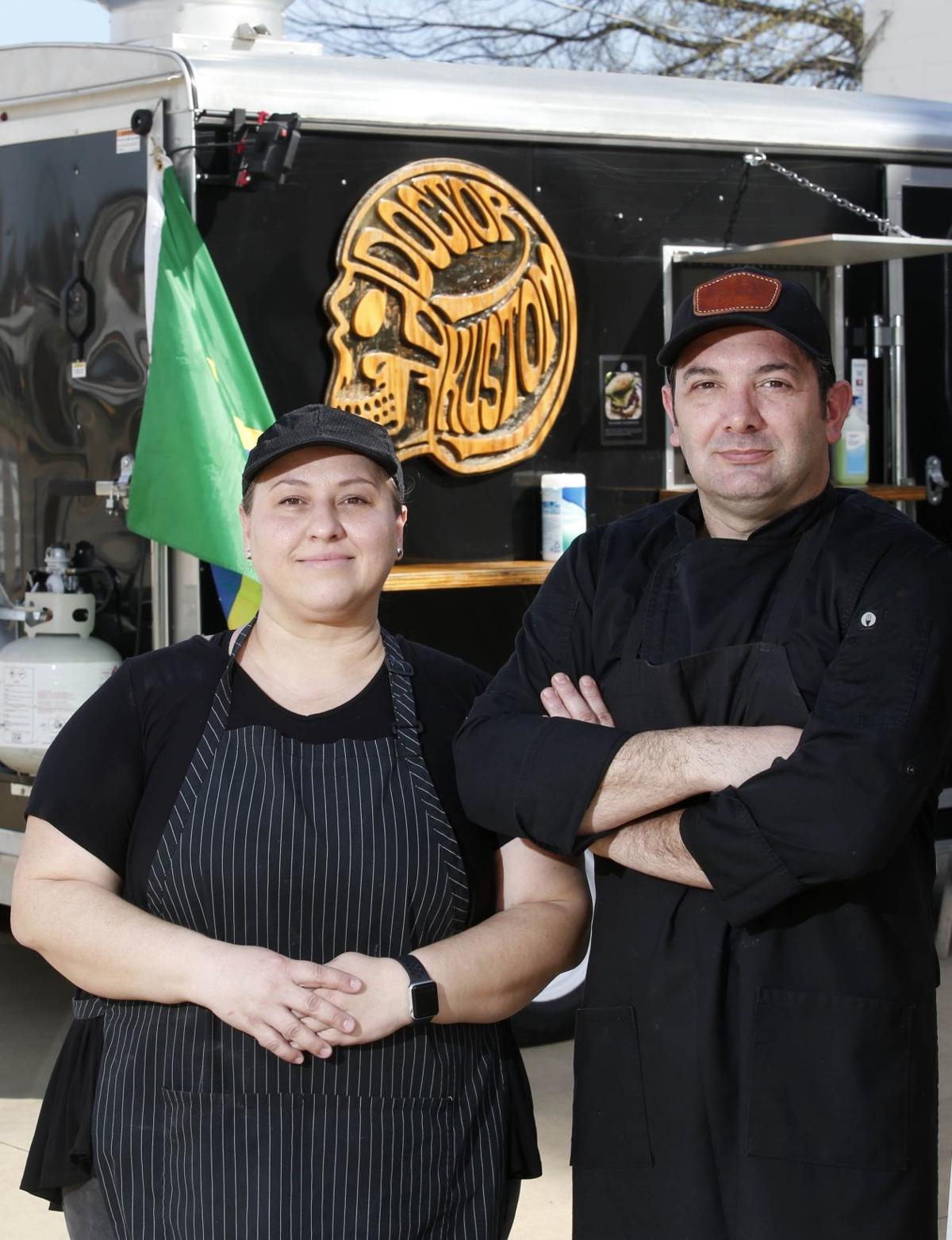 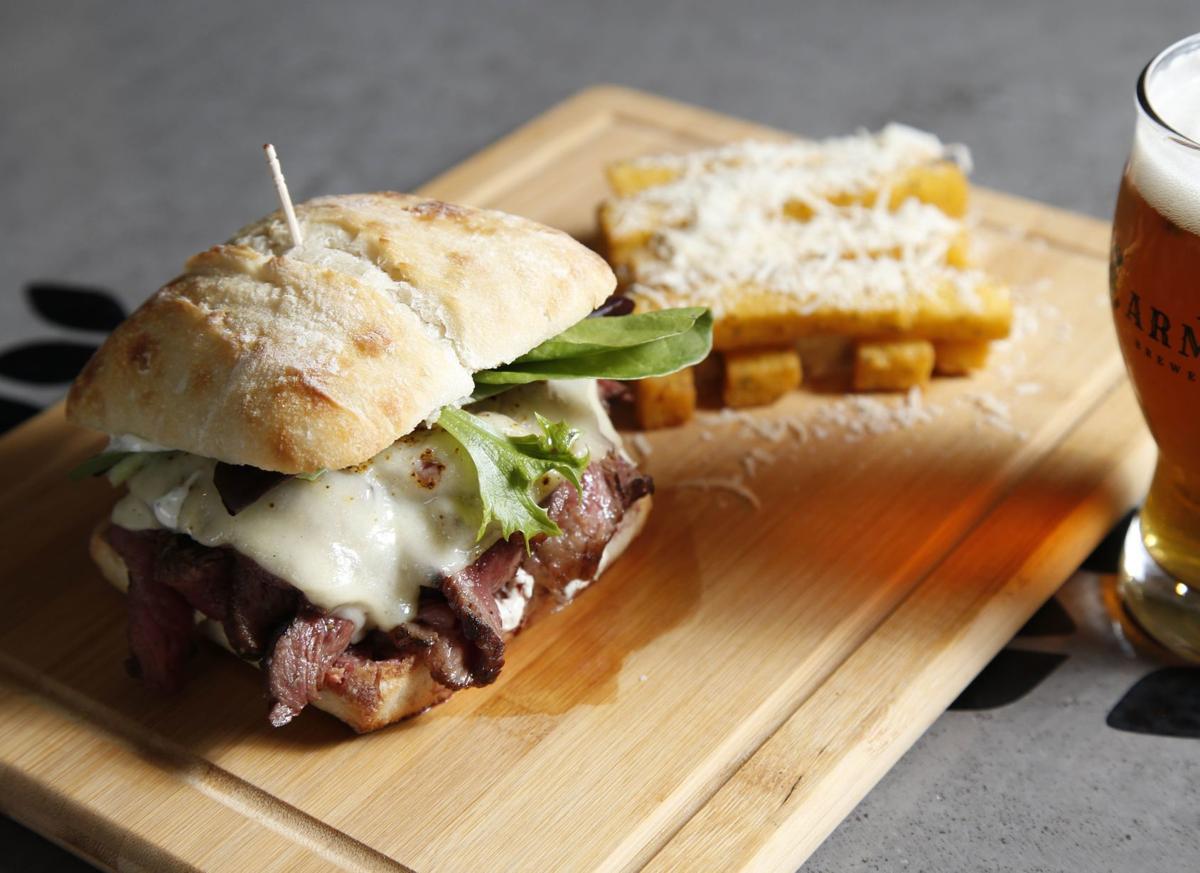 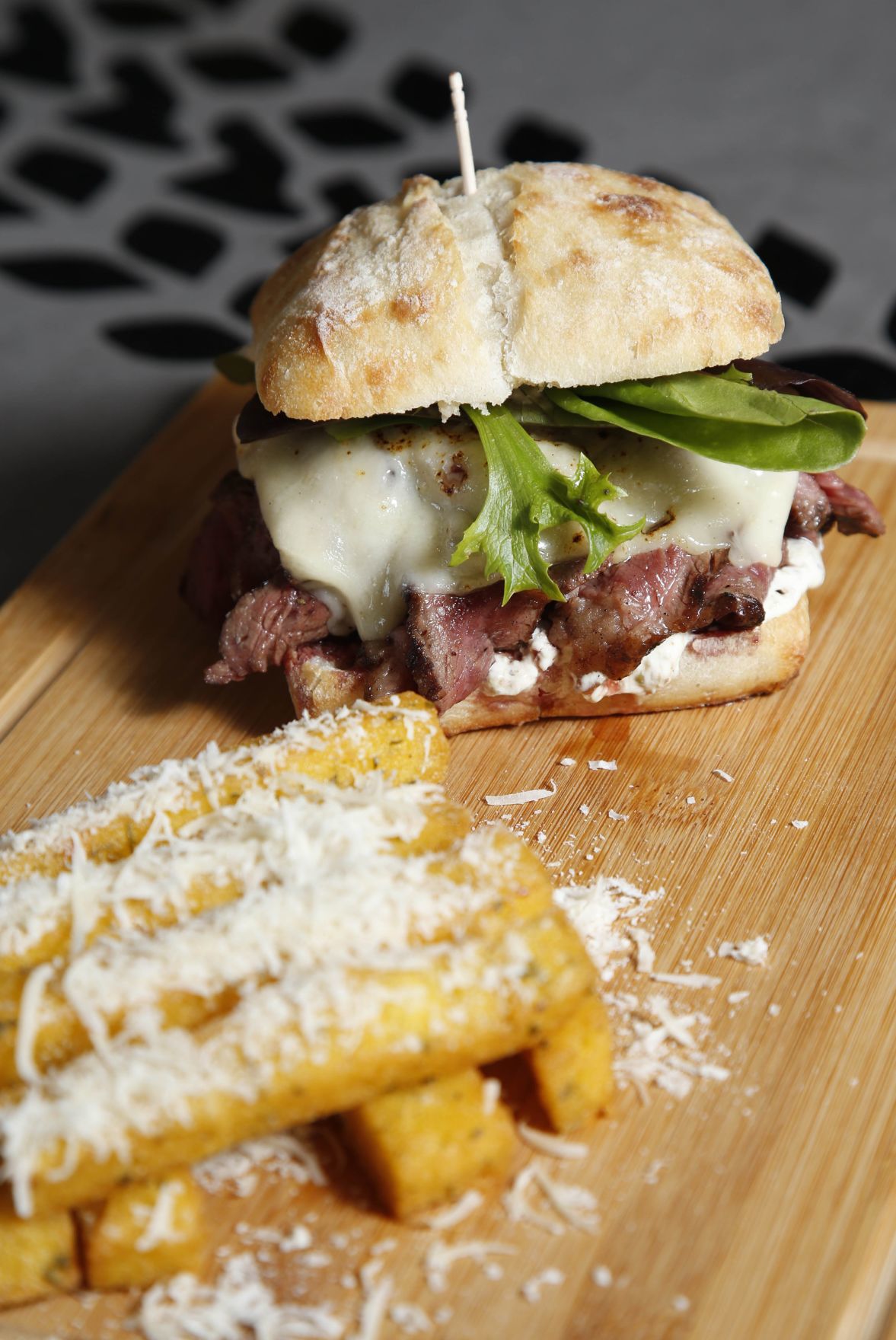 A picanha sandwich with polenta fries is a signature dish from the Doctor Kustom food truck. MATT BARNARD/Tulsa World 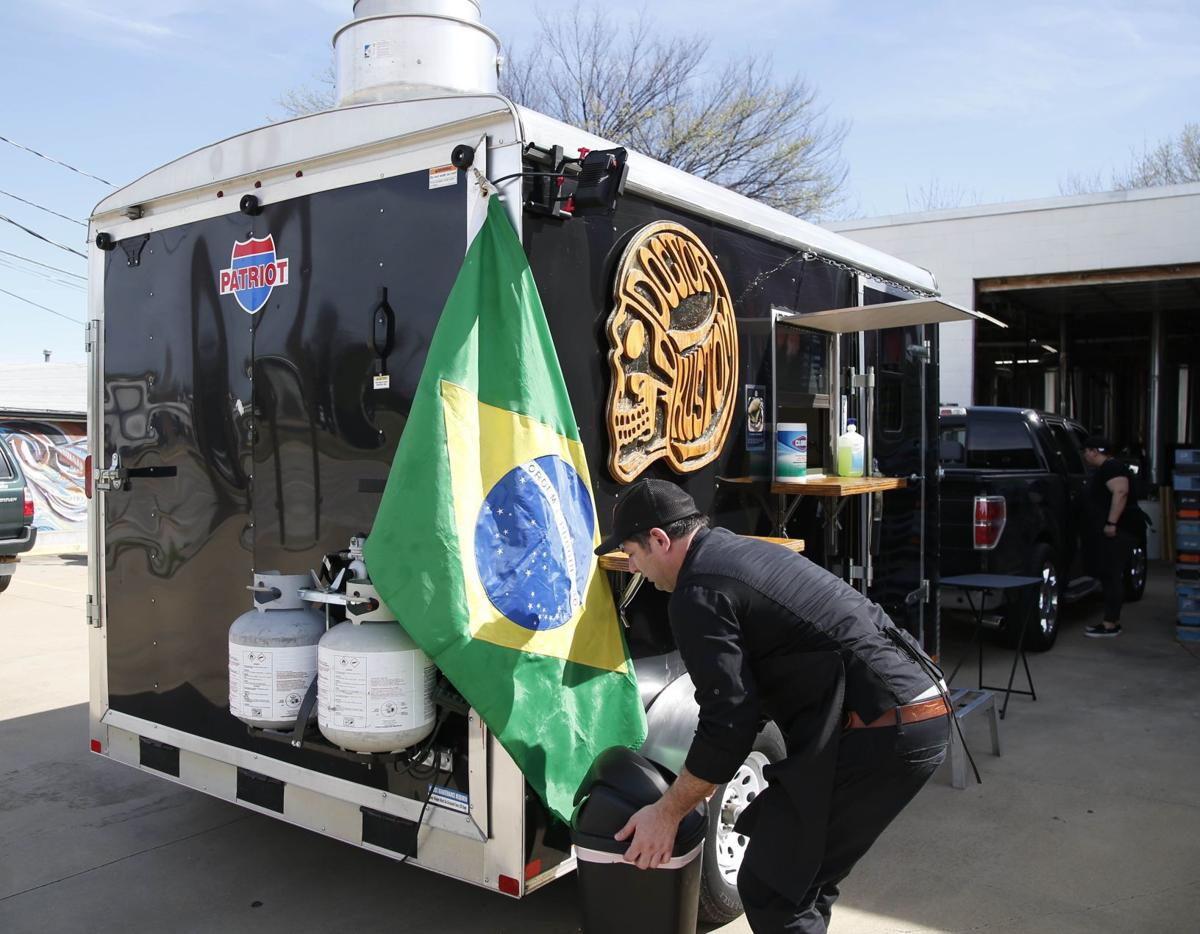 A picanha sandwich with polenta fries is a signature dish at the Doctor Kustom food truck. MATT BARNARD/Tulsa World

A picanha sandwich with polenta fries is a signature dish from the Doctor Kustom food truck. MATT BARNARD/Tulsa World

Gi and Alex Figueira both got an early introduction to cooking in their native country of Brazil.

“I came from a very poor family, and I started to learn to cook when I was 5 years old,” Alex Figueira said. “I learned mostly from my grandmothers. Gi’s mother cooked in restaurants, and she learned to cook as a young girl, too.”

About 10 months ago, the Figueiras launched Doctor Kustom food truck featuring traditional dishes from Brazil. To his surprise, Alex said the truck was popular from the get go, drawing lines of diners at Tulsa Farmers Market, Mother Road Market and outside Dead Armadillo Brewery.

“We didn’t know how it would do, but people have responded very well,” Figueira said. “The truck has been popular.”

Because of current coronavirus restrictions, Doctor Kustom is stationed only at Dead Armadillo Brewery, 1004 E. Fourth St. Lately, it has been on site for order pickups 4-7 p.m. Wednesday-Thursday.

Items available and hours could change weekly, so it is a good idea to visit the Doctor Kustom Facebook and Instagram. To avoid having lines of customers, Figueira is taking only call-in orders with curbside pickup. The phone number is 469-365-9775. More information is available at doctorkustom.com.

As a bonus, Dead Armadillo has been offering curbside pickup of its popular brews in the parking lot, weather permitting.

That Doctor Kustom became popular quickly perhaps should not have been too surprising. Flavor profiles of much of Brazilian cuisine is not all that foreign to the American palate, and the differences can be delicious discoveries.

Alex said about half of the recipes they use are from his family and about half from Gi’s family.

One of Doctor Kustom’s most popular items is a picanha sandwich. Picanha is a cut of beef, often called a sirloin cap in the United States. It seldom is seen in stores here but is the most prized cut of beef in Brazil.

Figueira grills thin slices of the tender, flavorful beef just to medium-rare and piles it high on a sandwich with a creamy special sauce. It is terrific.

My sandwich came out with what at first glance appeared to be a side of fries. No, no. These were fried polenta sprinkled with Parmesan cheese, and the flavor was exceptional. I would take these over most fries any day.

Other items one might find at Doctor Kustom include coxinha, pastels and brigadeiros.

Coxinha features a ball of shredded spiced chicken wrapped in a flour and baked potato coating then deep-fried. It is served with a tangy cream cheese sauce dotted with pink peppercorns.

Pastels are pockets of thin pastry filled with everything from meats to fruits, then deep-fried. The savory pastels come with a chimichurri-like sauce.

Brigadeiros are ball-shaped pastries made with condensed milk, cocoa powder and butter, then covered in chocolate sprinkles.

Customers also might want to grab a can of a Brazilian soda called Guarana Antarctica, which has a citrusy, refreshing flavor that is particularly appealing as the days get warmer.

Alex originally came to Tulsa to be executive chef at the new Texas de Brazil, where he worked for three years before he and Gi struck out on their own.

“People have been so nice to us, and Tony (Dead Armadillo brewmaster Tony Peck) has been like a godfather,” Alex said. “We will be so happy when we can provide full service again.”

Check out the lineup of six-packs available on the Dead Armadillo Facebook page, call in your order and pick it up curbside. India Pale Ale fans will want to try Dead Armadillo’s recently reformulated IPA, which debuted to rave reviews.

Dead Armadillo has been in business seven years, including five at its current location.

“We were planning to have a big block party on June 6,” said brewmaster Tony Peck. “We don’t know now. We will just have to see how things go.”