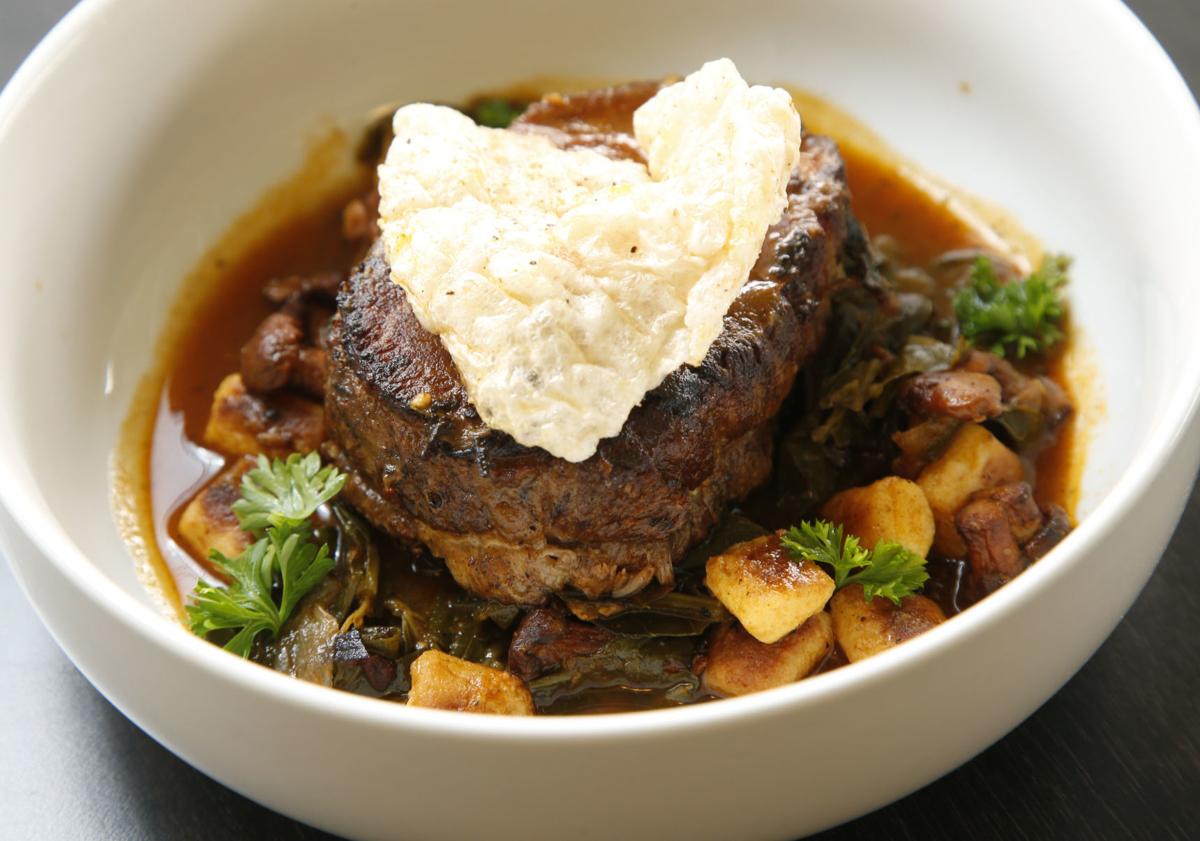 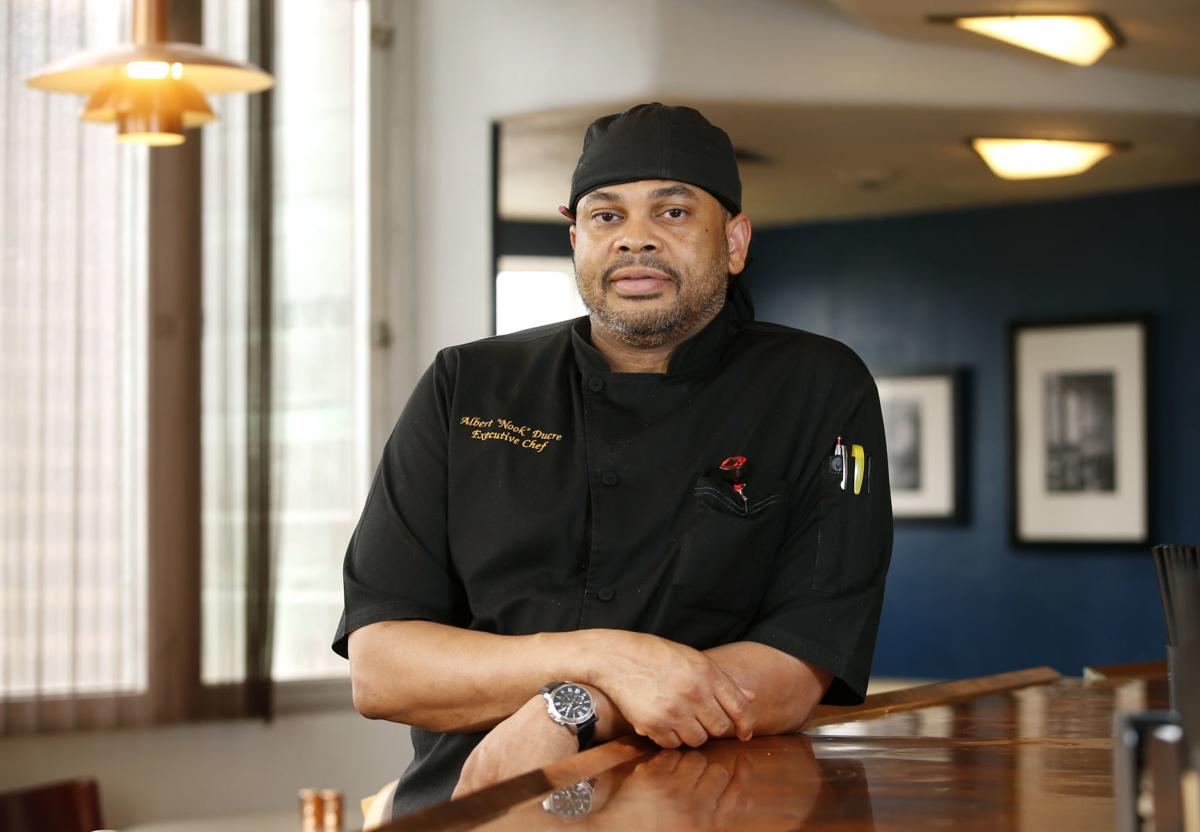 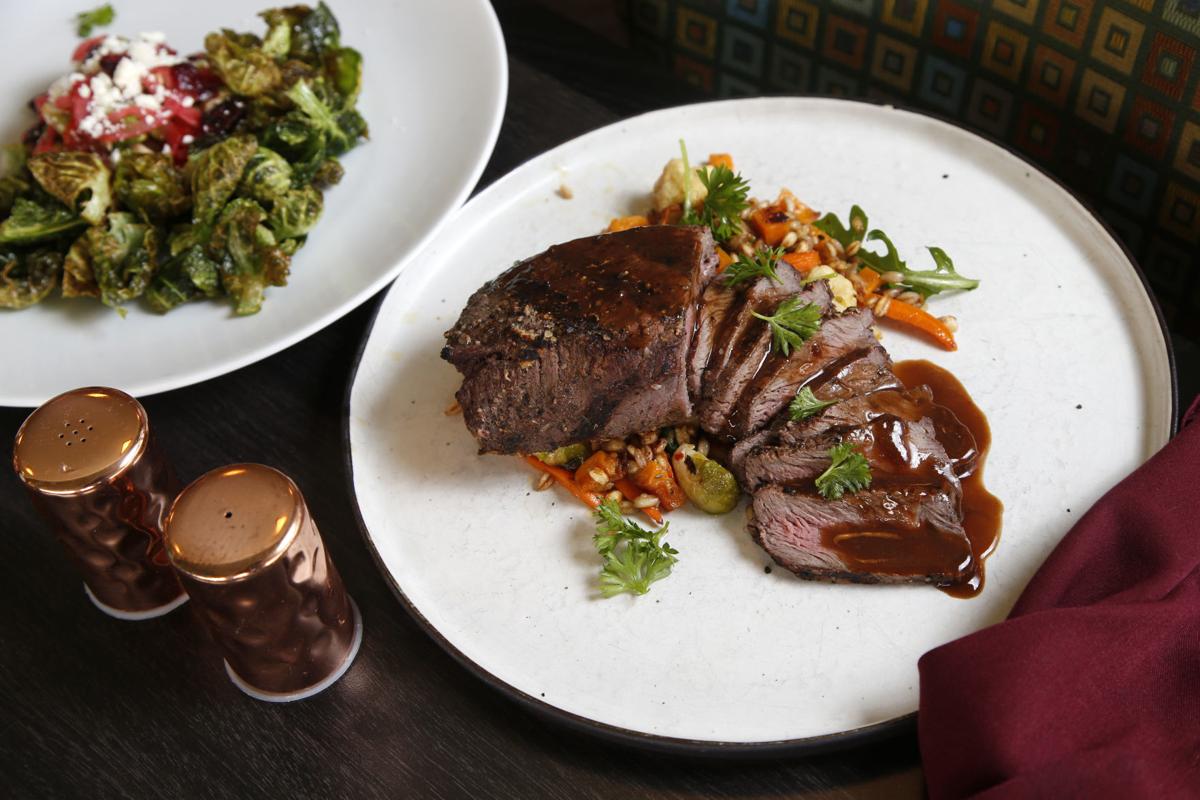 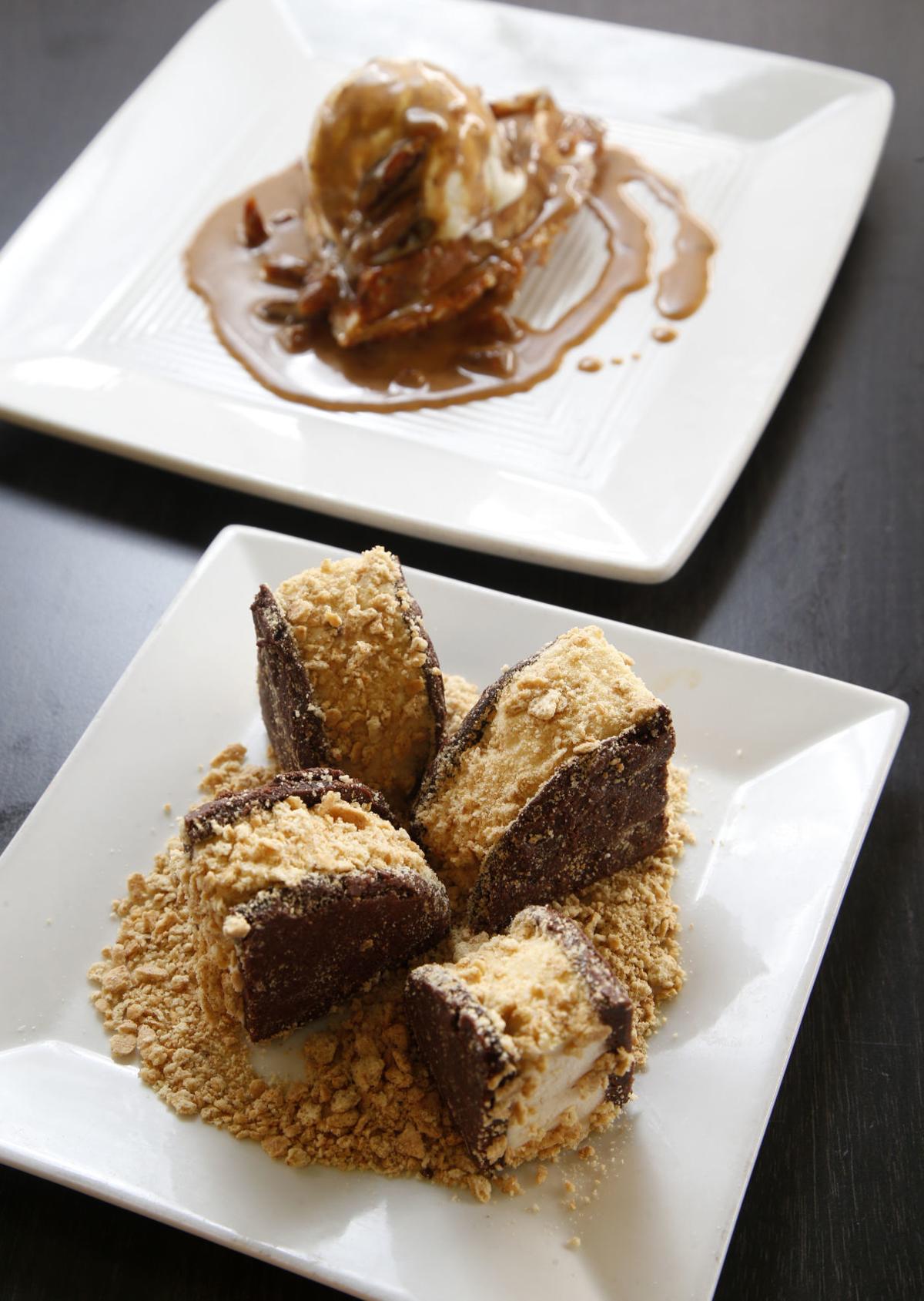 The s’mores sandwich (foreground) and a white chocolate bread pudding waffle are among the desserts at the Copper Restaurant & Bar in the Price Tower Arts Center. MATT BARNARD/Tulsa World 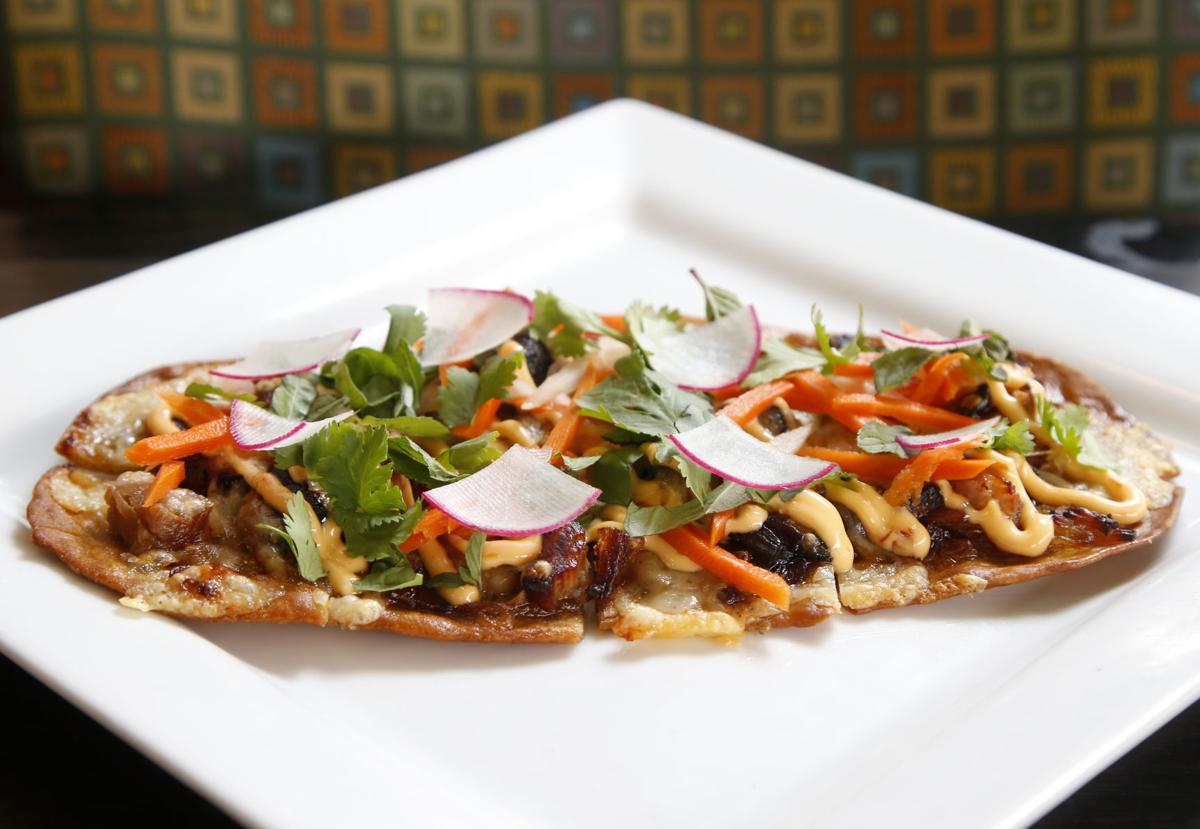 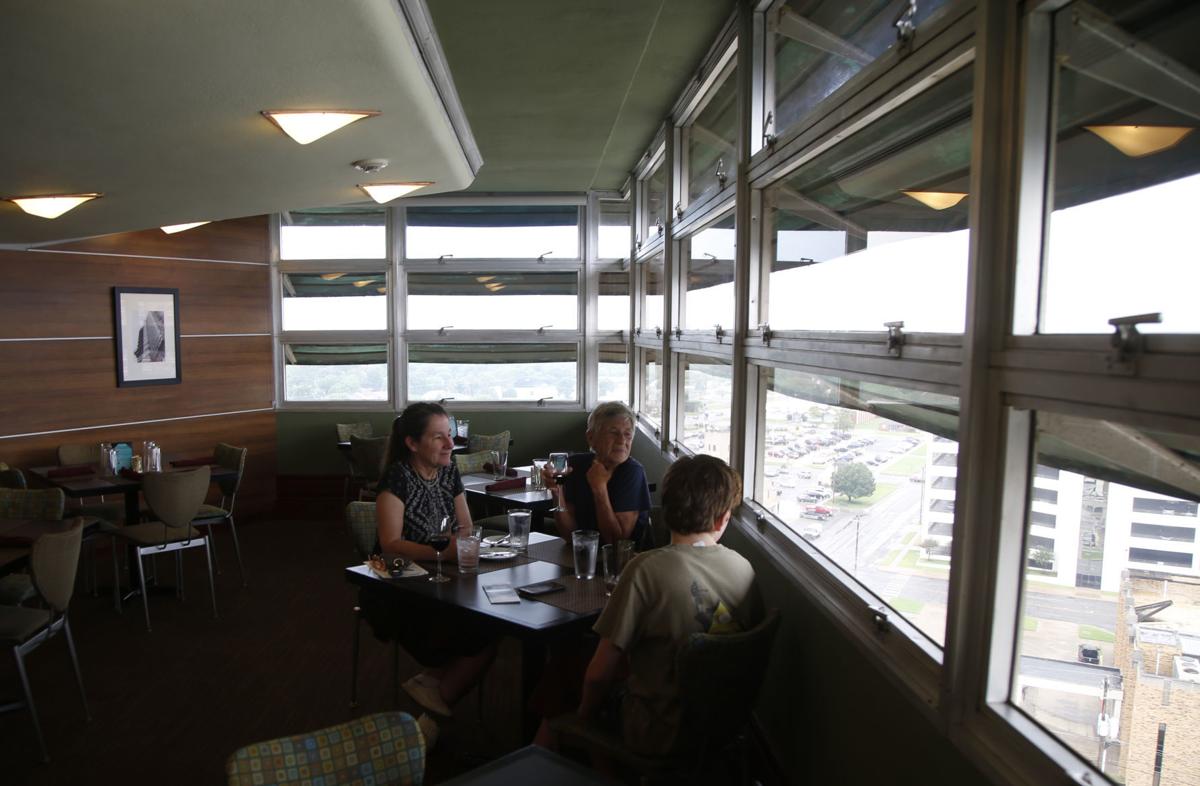 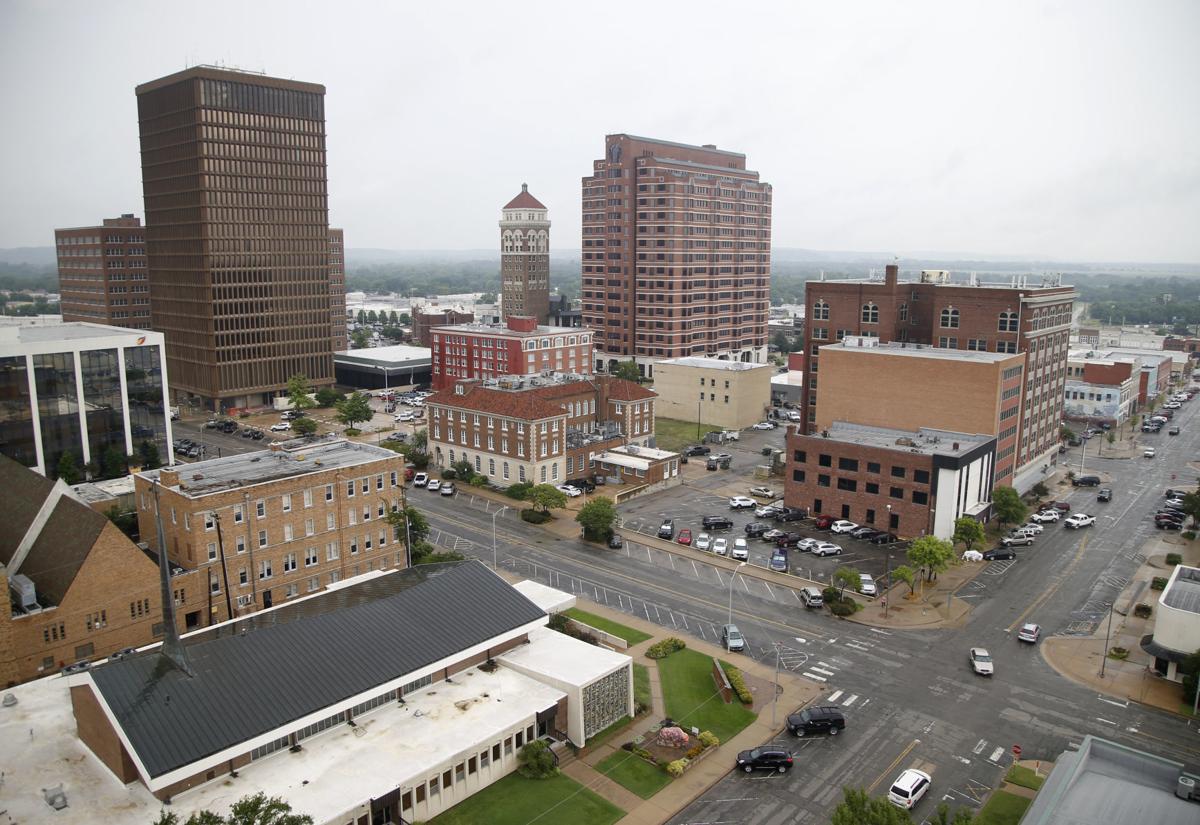 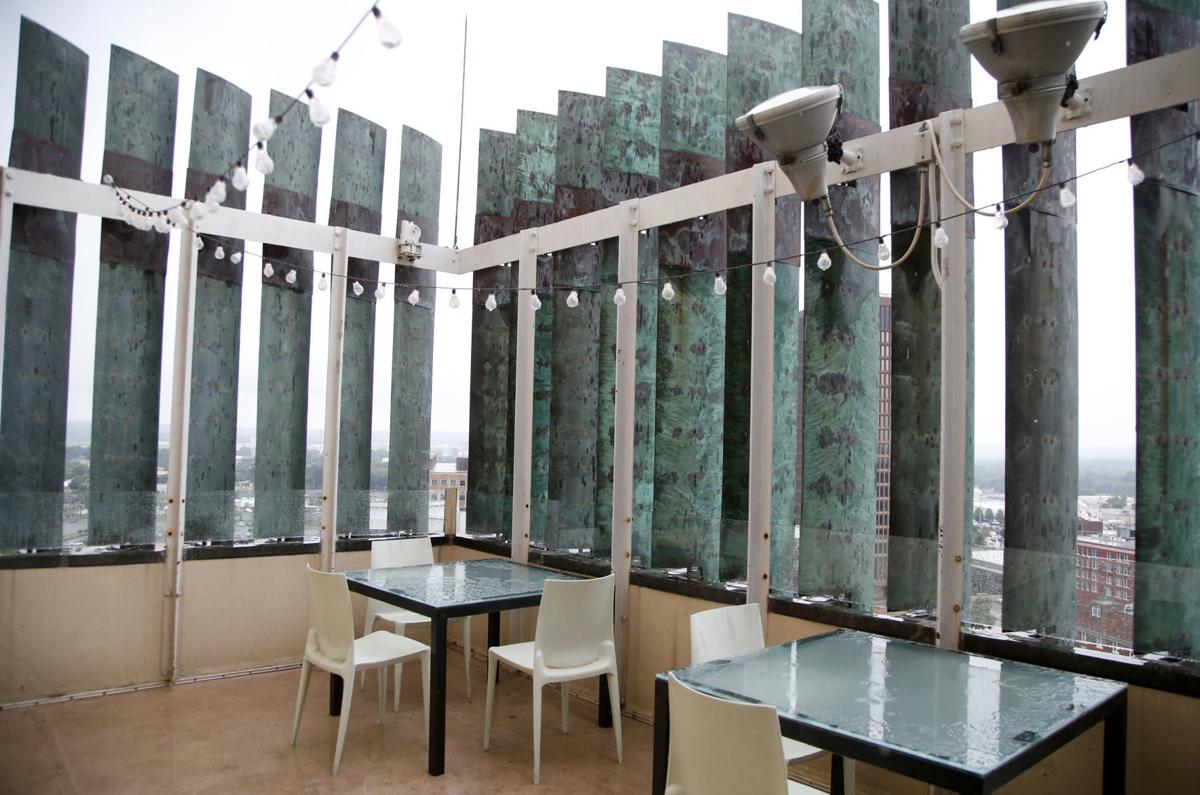 One of two outdoor seating areas at the Copper Restaurant & Bar in the Price Tower Arts Center. MATT BARNARD/Tulsa World

The s’mores sandwich (foreground) and a white chocolate bread pudding waffle are among the desserts at the Copper Restaurant & Bar in the Price Tower Arts Center. MATT BARNARD/Tulsa World

One of two outdoor seating areas at the Copper Restaurant & Bar in the Price Tower Arts Center. MATT BARNARD/Tulsa World

Chef Albert “Nook” Ducre was cooking in his hometown of New Orleans when a friend encouraged him to enter the Wright Chef competition of the Price Tower Arts Center in Bartlesville.

Wright Chef is a position developed by the center as part of its artist in residence programs. The winning chef has creative control of the menu and operational control of the Copper Restaurant & Bar in the Frank Lloyd Wright-designed Price Tower for one year.

“I almost didn’t do it,” said Ducre, who had been executive sous chef at Broussard’s and sous chef for Pier 24 Seafood Market and The American Sector in New Orleans. “I didn’t know anything about Oklahoma, but a friend looked up the history of the building with the historic architect, and it looked interesting. Then I just came out and won it. It was weird.”

The odds looked long at the time.

“All he had to do was beat out 760 other applicants from across the country,” said Rick Loyd, executive director of the center. “We narrowed the field to six and invited them here to compete last October.”

Loyd said the chefs were to cook a dinner menu for 12 judges, plus a dish for a reception with 150 guests. They were given a $300 grocery allowance.

“I pretty much wrote my menu on the plane here,” Ducre said. “It helped calm me during turbulence.”

Brittany Bush, director of operations; Jonathan Coyazo, front-of-house manager, and Loyd recently gave us a tour of the cozy, 15th-floor, odd-shaped dining rooms and outside terraces with sweeping views of the Bartlesville skyline, and Ducre provided a tasting of a variety of menu items.

We started off with buttermilk-marinated fried alligator bites ($12) with pickled blue cheese, carrots, herbs and gochujang aioli. The gochujang (red chili paste) gave a little bite to the bites, and they were delicious.

I did not anticipate how much more food we were to sample, so I overdid it on the alligator bites. No regrets, though. I just had to step it up a notch.

Ducre said he has won awards with his pork and gnocchi ($18), which includes a piece of thick, smoked pork with cornbread gnocchi, braised greens, mushrooms, sweet onion vinegar and au jus, topped with pork crackling.

Copper also has full bar service, including a nice selection of Oklahoma beers.

When Ducre competed for the Wright Chef position, he was paired with a culinary student from Tri County Tech in Bartlesville. That student, Tania Cortes, graduated and was hired by Ducre at Copper.

“She and I went to Tulsa recently and won The Nature Conservancy award,” Ducre said.

They used the pork and gnocchi entree as the basis for their winning dish at The Nature Conservancy’s “Malicious But Delicious” fundraiser.

Ducre is on his third lunch and dinner seasonal menu since arriving and will write at least one more. He will be at Copper into November and perhaps longer.

“We are thinking about doing our Wright Chef competition in the spring, so the new chef doesn’t have to immediately jump into the holiday season,” Loyd said.

In that case, Ducre would stick around.

“I don’t know what will happen, but whenever I leave here, I might go back to New Orleans, or go to Oklahoma City or Tulsa,” he said. “Who knows? They sky’s the limit.”