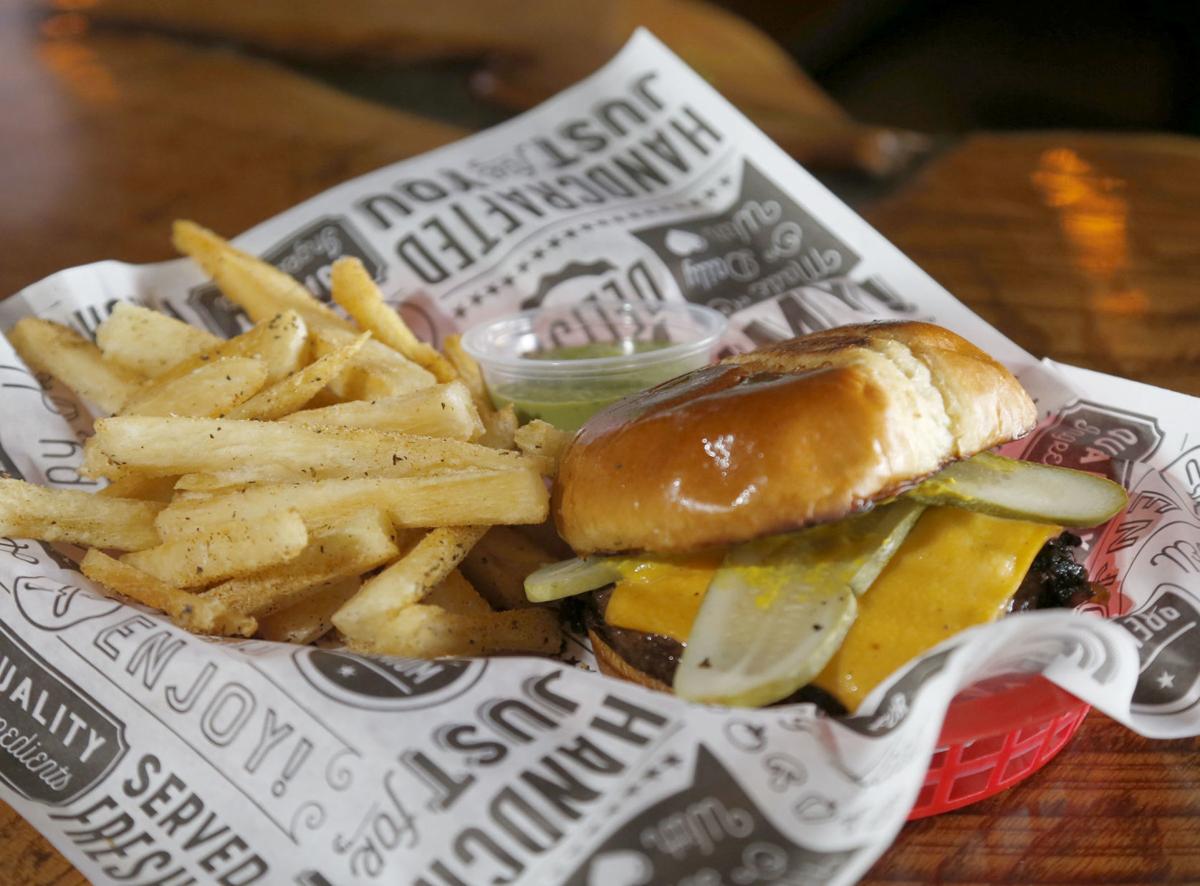 The Main Street Soul Burger at MASA at The Hunt Club is a beef and onion burger topped with cheese, pickles, mustard and mayo. STEPHEN PINGRY/Tulsa World 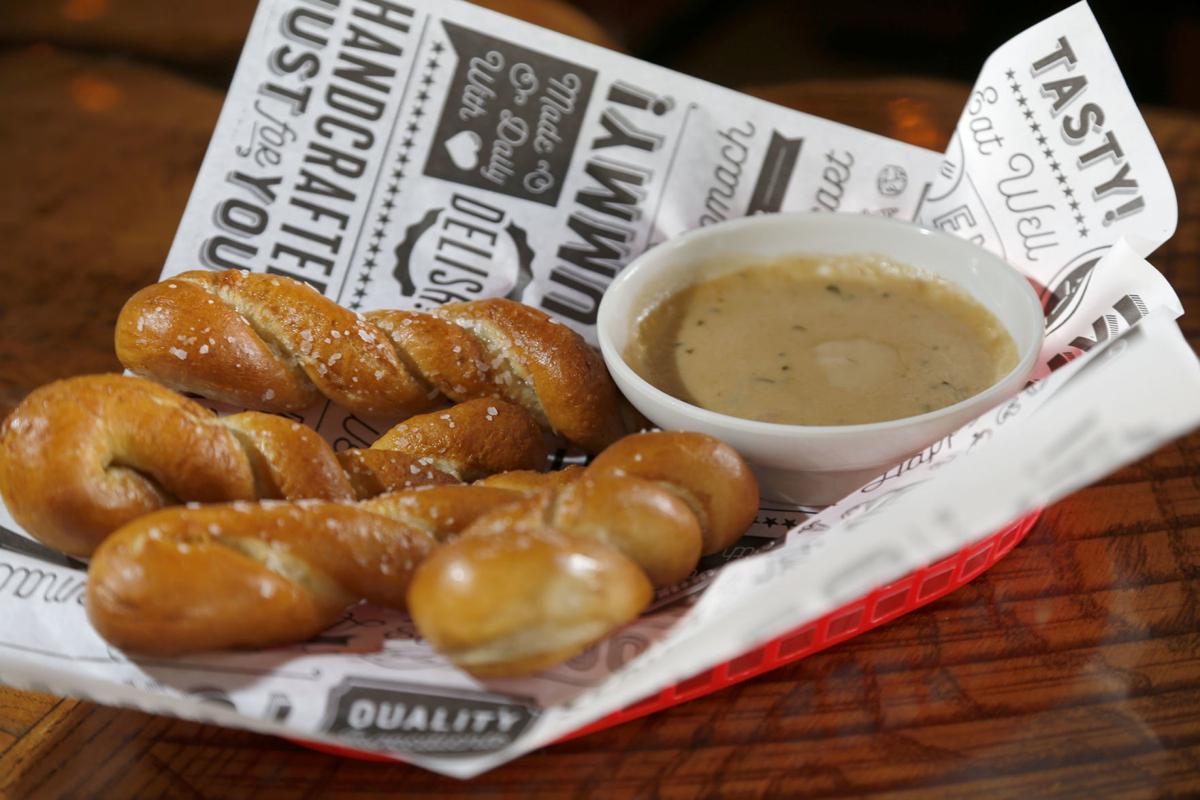 House-made pretzel twists are served with a beer cheese dip at MASA at The Hunt Club. STEPHEN PINGRY/Tulsa World 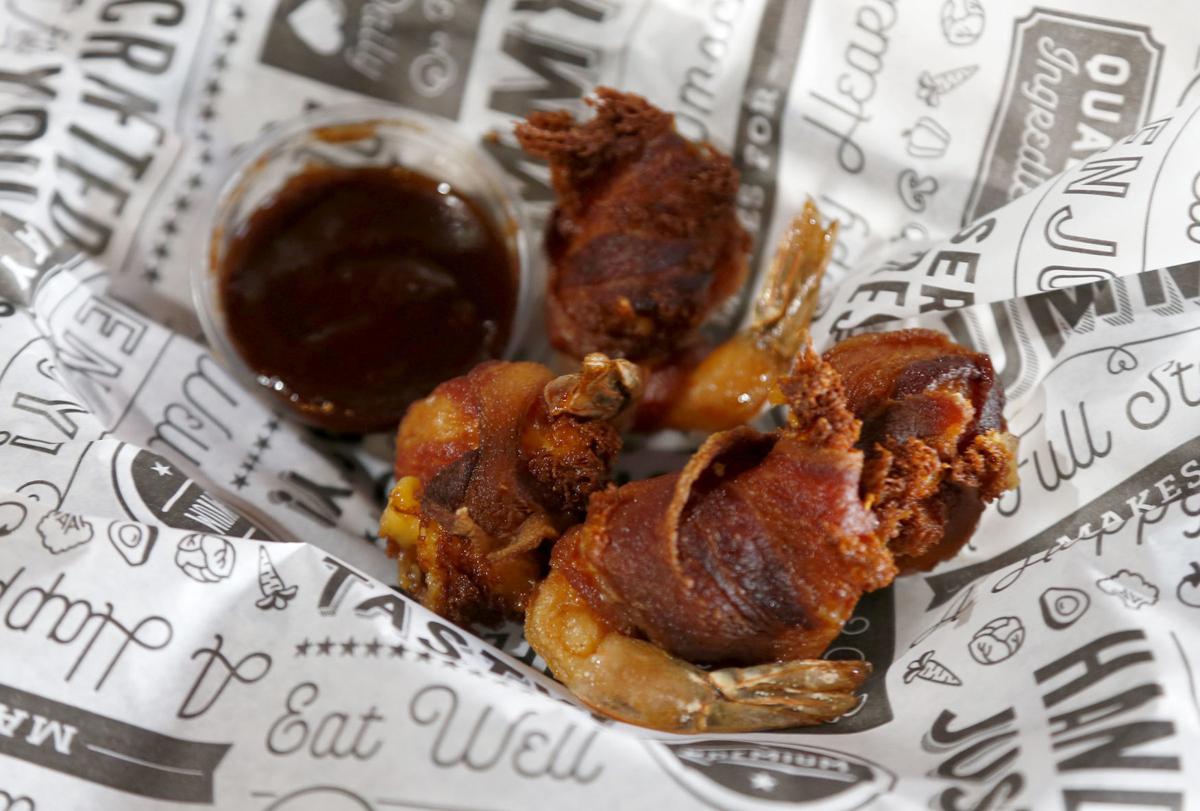 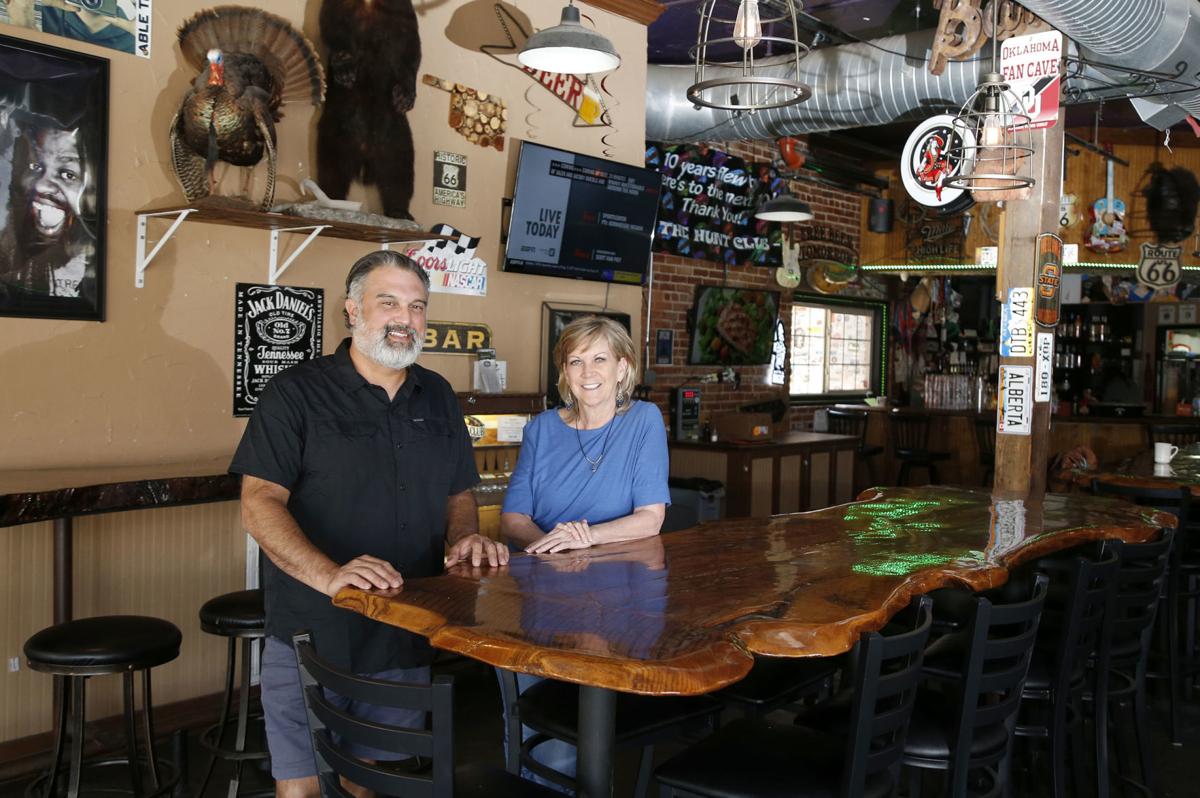 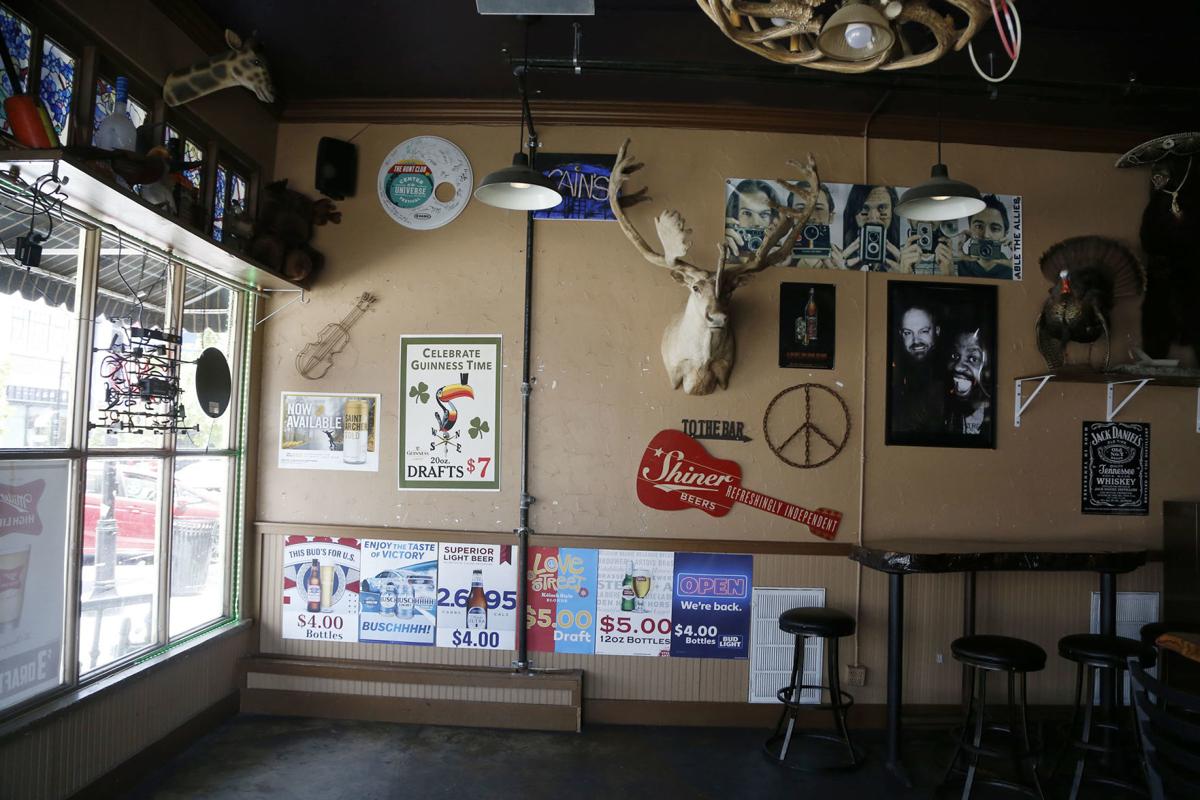 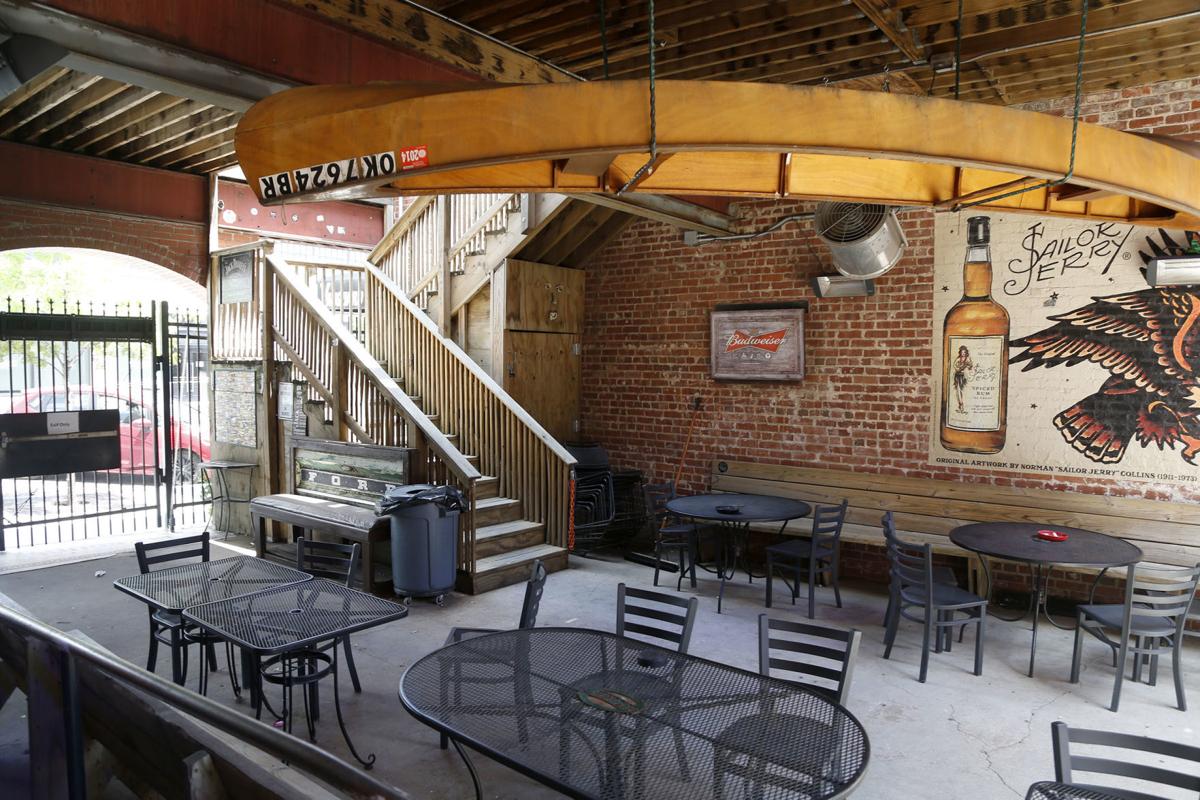 The ground-floor patio leads to a rooftop patio at The Hunt Club in the Tulsa Arts District. STEPHEN PINGRY/Tulsa World

The Main Street Soul Burger at MASA at The Hunt Club is a beef and onion burger topped with cheese, pickles, mustard and mayo. STEPHEN PINGRY/Tulsa World

House-made pretzel twists are served with a beer cheese dip at MASA at The Hunt Club. STEPHEN PINGRY/Tulsa World

The ground-floor patio leads to a rooftop patio at The Hunt Club in the Tulsa Arts District. STEPHEN PINGRY/Tulsa World

The popular MASA food truck is the latest meals on wheels eatery to find solid footing.

Owner Robert Canoske recently partnered with Mary Ellen Slape to take over the kitchen at The Hunt Club in the Tulsa Arts District.

“We spent most of the winter renovating the kitchen with new equipment and a vent hood,” said Slape, who has owned The Hunt Club for almost 11 years. “We were open a month before the pandemic hit.”

Though the truck will continue to remain active, Carnoske said he will be spending most of his evenings cooking at The Hunt Club.

He and Slape developed a working relationship a few years ago when he sold pizzas for a while out of the bar and music venue.

“This just seemed like the right time to get involved here with all of the growth downtown and in the Tulsa Arts District,” Carnoske said.

Carnoske, son of a Polish-Irish father and Colombian mother, specializes in South American cuisine and is known for his expertise in offering a tasty selection of empanadas.

His empanadas are fried corn masa turnovers filled with combinations of ingredients. They are three for $8 or six for $15. We ordered the Colombiana and the pabellón, and both were delicious.

The savory Colombiana was filled with beef, pork and potato, and the pabellón had a slightly sweet flavor because of plantains paired with beef and black beans.

For our main courses, we ordered the Meatloaf Sammie ($16) and Main Street Soul Burger ($11).

The meatloaf, served on a thick bun, was a monster. It included a thick slice of meatloaf that had been briefly grilled, drizzled with a tangy barbecue sauce and topped with cheese and pickled onions.

The burger was a basic blend of ground beef and onions topped with cheese, pickles, mustard and mayo on a toasted bun. Simple and flavorful.

Next time, I would like to try the Cuban sandwich or jerk chicken sandwich.

The sandwiches and burgers come with a choice of chips, coleslaw or yucca fries, and we chose the latter. Yucca is a tropical root vegetable similar to a potato, and it makes outstanding fries.

“The yucca fries are just a way of putting a MASA spin on the food,” Carnoske said.

MASA at the Hunt Club also offers some appetizer-type dishes, including nachos, pretzel twists, queso with chorizo, wings and a Carnoske staple — bacon bombs, which might be one of the greatest bar snacks ever.

“We will build on the menu as we go,” Carnoske said. “We definitely will add a weekend brunch in the future, too.”

The kitchen is open from 4 p.m. to “late night,” which should be attractive for diners looking for a late dinner or snack. The full club, which has started booking music acts again, is open from 3 p.m. to 2 a.m.

It has limited dine-in service and continues to offer takeout and curbside pickup.

Carnoske’s parents owned the Latin Grill on 41st Street east of Sheridan Road a number of years ago, but he never planned on a career in the restaurant business.

He went to business school in Memphis, Tennessee, and wrote a business plan for a restaurant, which led to operating an eatery there, Aristi’s, for about three years.

After returning to Tulsa, he flipped houses for a while before taking an extra job as a bartender at the former White Owl on Cherry Street, where he worked with Noah Bush (now Hodges Bend, Lowood, Saturn Room), Jeremy Reed (Bar46) and late executive chef Curt Herrmann.

“I pretty much worked there from when it opened until it closed, about five years,” Carnoske said.

Then he started hanging out with some of the food truck crowd, including Lola’s, Mr. Nice Guys, Lone Wolf Banh Mi and Local Table.

“My MASA truck came out of that, and now, I have even more to look forward to,” he said.

MASA at The Hunt Club