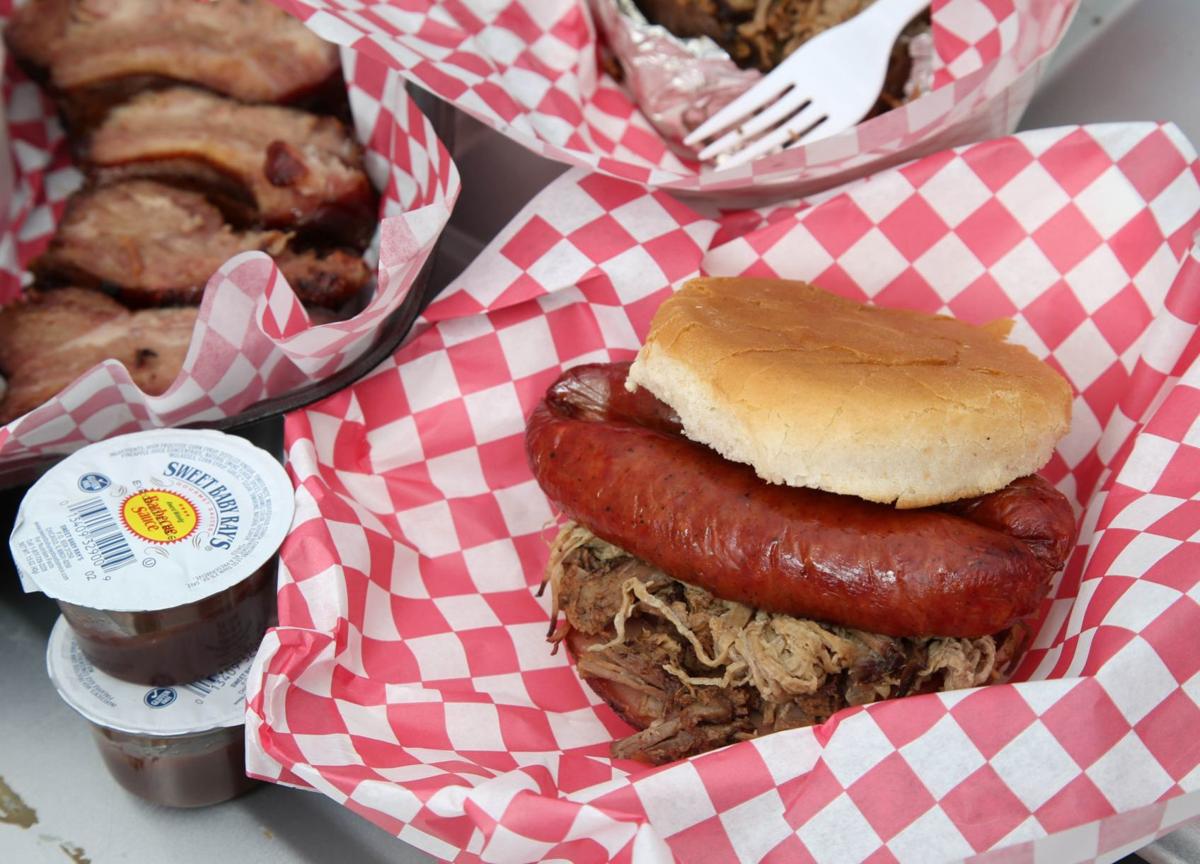 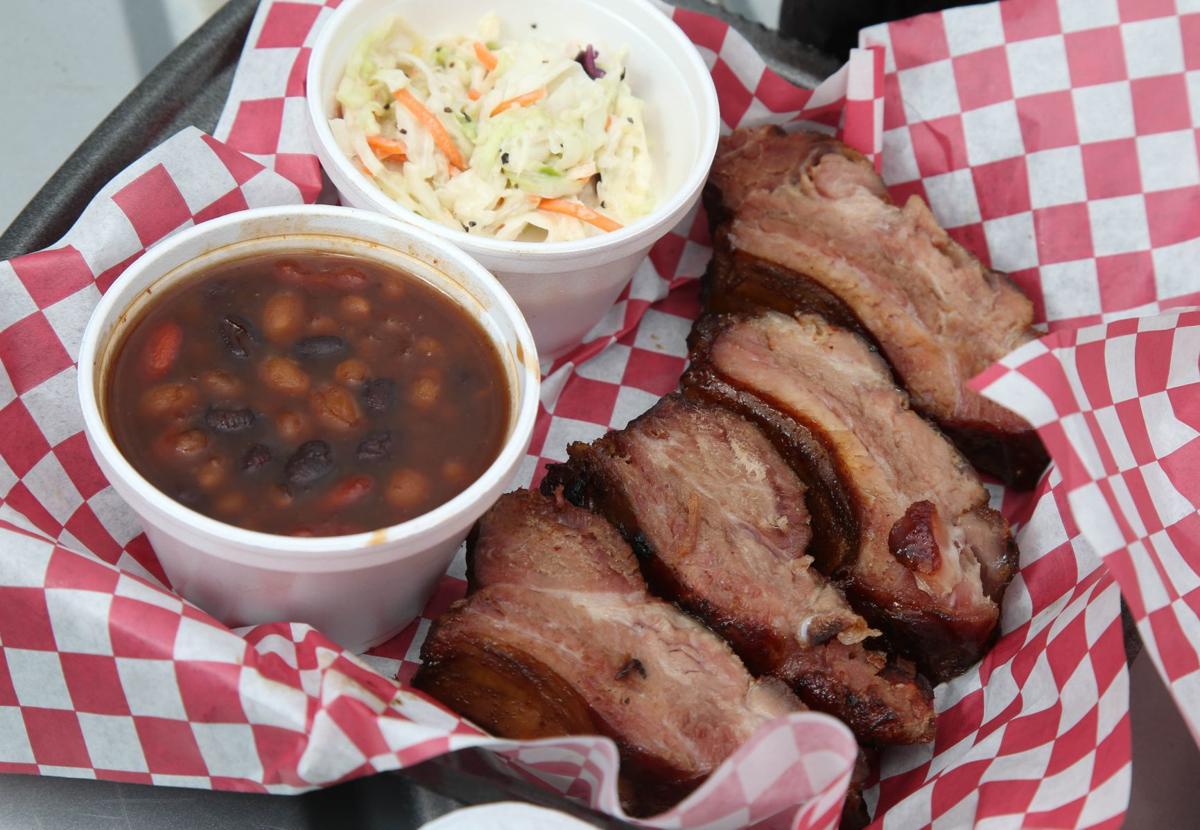 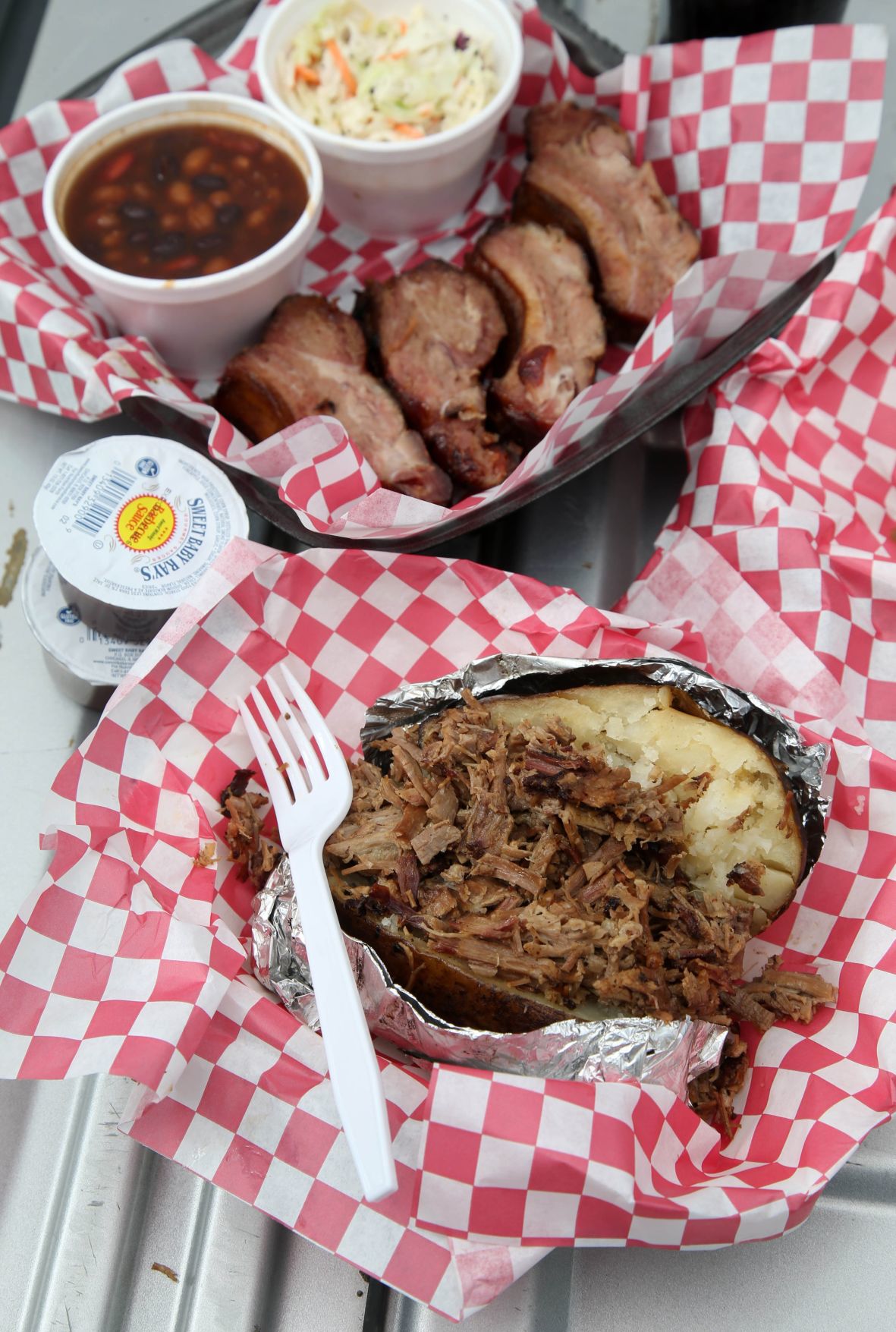 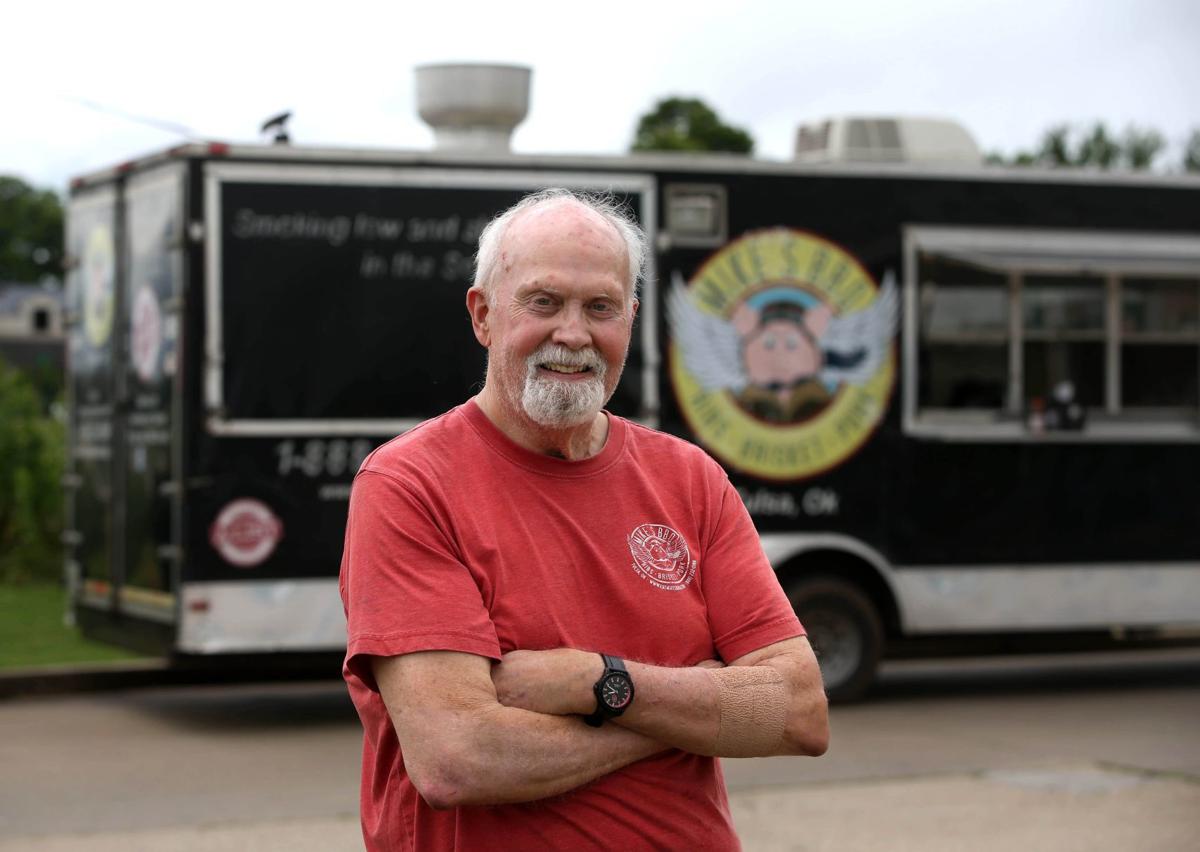 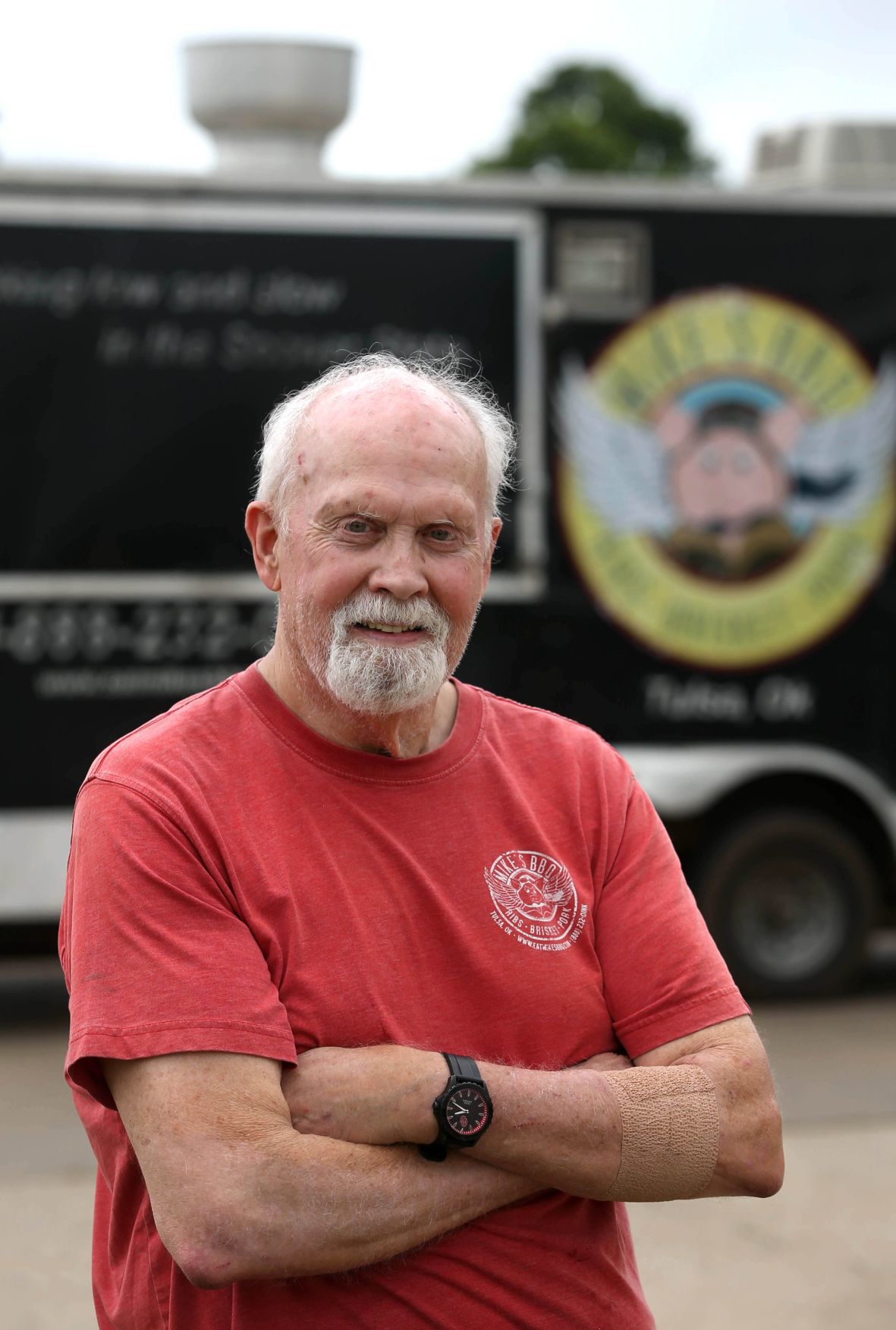 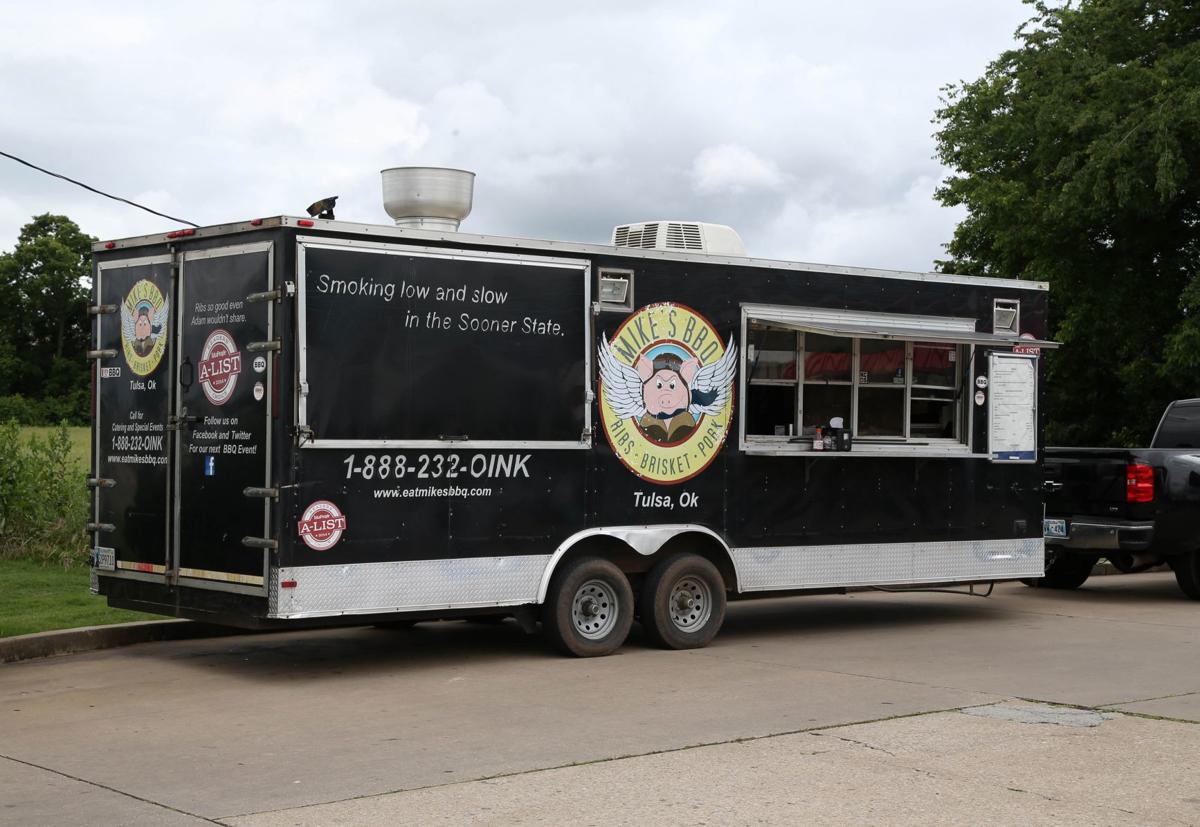 The Mike’s BBQ food truck on most days is located at a Fiesta Mart at 91st Street and Delaware Avenue. MATT BARNARD/Tulsa World

The Mike’s BBQ food truck on most days is located at a Fiesta Mart at 91st Street and Delaware Avenue. MATT BARNARD/Tulsa World

Mike Richardson owned an insurance agency in 2002, when he and a church friend decided to become Kansas City Barbeque Society judges.

“After a while, we decided we ought to know how they cook the meats and what they face to be able to judge correctly,” Richardson said recently. “We went to a guy called Dr. Barbecue in Effingham, Illinois, to learn how to smoke the different meats.

“We took the process we learned there and made it fit what we were doing back at home.”

Richardson said he got so involved in cooking barbecue that he sold the insurance agency, bought a truck and trailer and established Mike’s BBQ in 2012.

“I never worked so bloody hard in my life as I have since I got the food truck,” he said. “Since I started, we have done events all over the country. I’ve had the truck break down in the middle of nowhere and all kinds of things.”

He said a friend who took the barbecue classes with him, Alton Royer, lives in Sulphur, Louisiana, and meets up with him for competitions in that part of the country.

“He also travels with us on some weekends when he can,” Richardson said.

Almost since the beginning, the Mike’s BBQ truck has stationed itself most days in a Fiesta Mart parking lot at 91st Street and Delaware Avenue.

That’s where we caught up with Richardson and another friend of his, David Francisco, who was helping out that day.

“David is retired, and when he’s not playing golf, he’s helping me,” Richardson said.

We sampled a variety of items from Mike’s BBQ, including ribs, pulled pork, bologna, brisket and Polish sausage, in addition to a few sides.

A star and maybe THE star of the menu outside of ribs was the Dog Pile sandwich. This sandwich was loaded with chopped brisket, pulled pork, bologna and Polish sausage (hot link is another option). It was obviously meaty, and the flavors blended well with a shot of Sweet Baby Ray’s barbecue sauce.

Pulled pork was tender and stacked thick on a soft bun. The sandwich at first looked on the small side, but the generous serving of meat made it just right for a satisfying lunch.

The stubby ribs were meaty and tender, and the thick-cut slices of bologna had a pleasant flavor.

Among the sides, we liked the smoked beans and coleslaw best. The beans featured a three-bean blend — I think black, kidney and pinto. The flavor was a nice mix of sweet and savory. The only drawback was some of the beans were a little undercooked.

I have trouble finding a coleslaw I like pretty much anywhere, but I liked the slaw here. It was a simple mix of cabbage and tiny diced carrots in a flavorful mayo-based dressing. Another side, corn on the cob, was fine and always a good choice with barbecue.

Prices of items when we were there ranged from $5 to $15, but Richardson said they could fluctuate weekly.

“A few weeks ago, brisket was $2.60 a pound for us,” he said. “Within a couple of weeks, it went to $4.88 and then $5.48. We’re still trying to figure out what to do, and I think most barbecue places are making the same decisions. We either have to raise the price, add a surcharge to brisket or stop selling it altogether for a while.”

Richardson said customers can check the Mike’s BBQ website and Facebook for daily updates and locations. Other than meat prices, Richardson said the coronavirus pandemic has not been a big burden.

“We’ve always worn gloves and kept things extra sanitary,” he said. “Our customers also have been really good about social distancing and being patient when they get in line. We have a following of really good people.”

Home base is 91st Street and Delaware Avenue for the food truck.