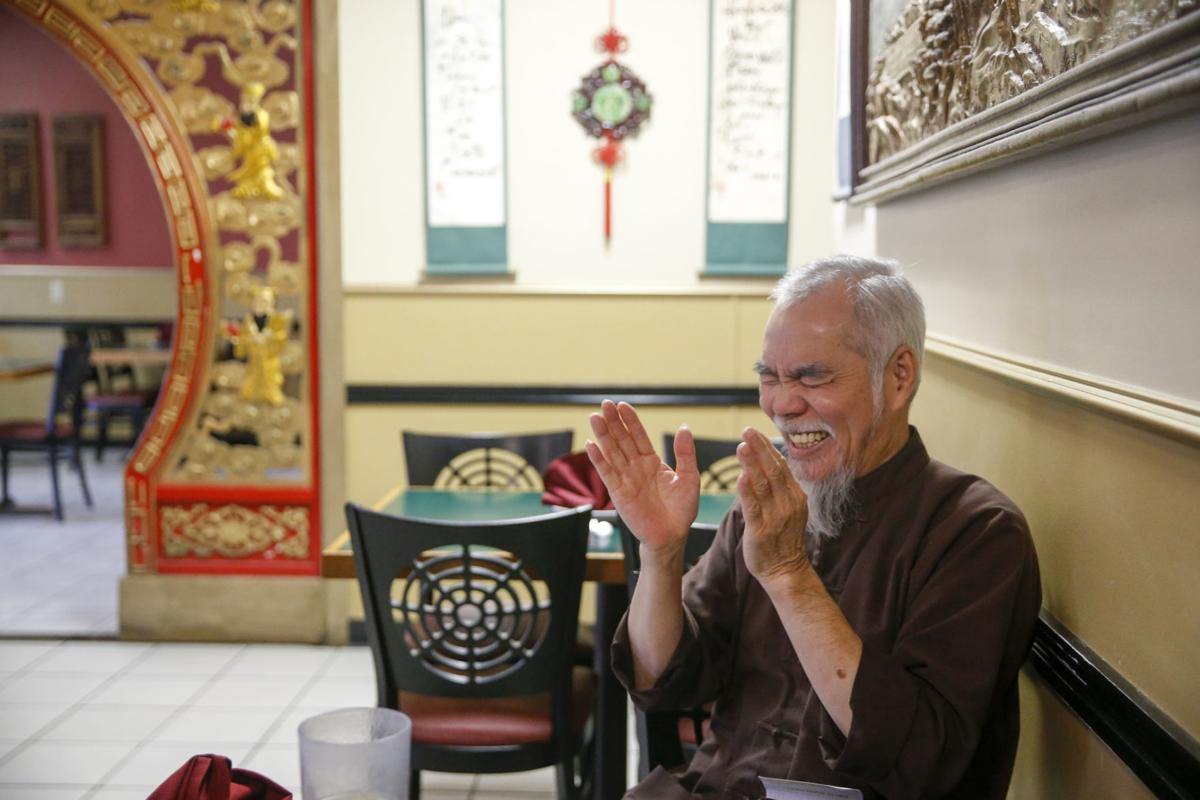 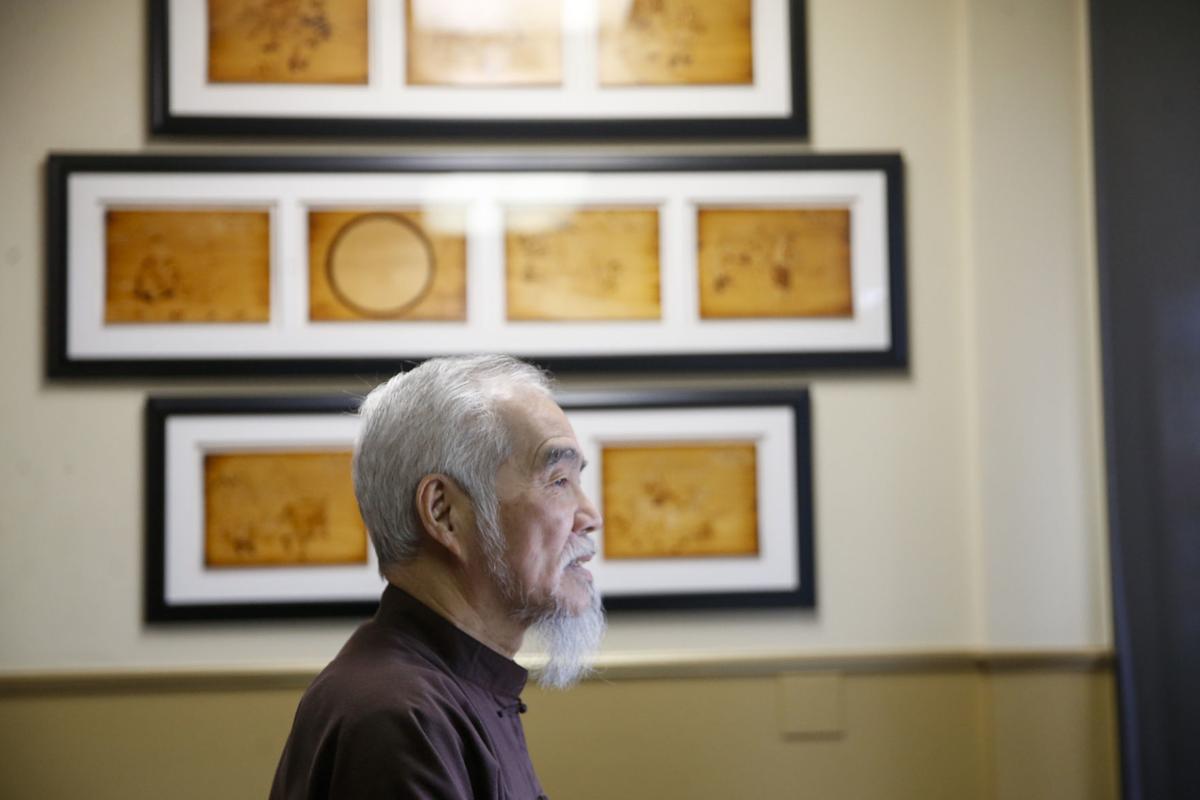 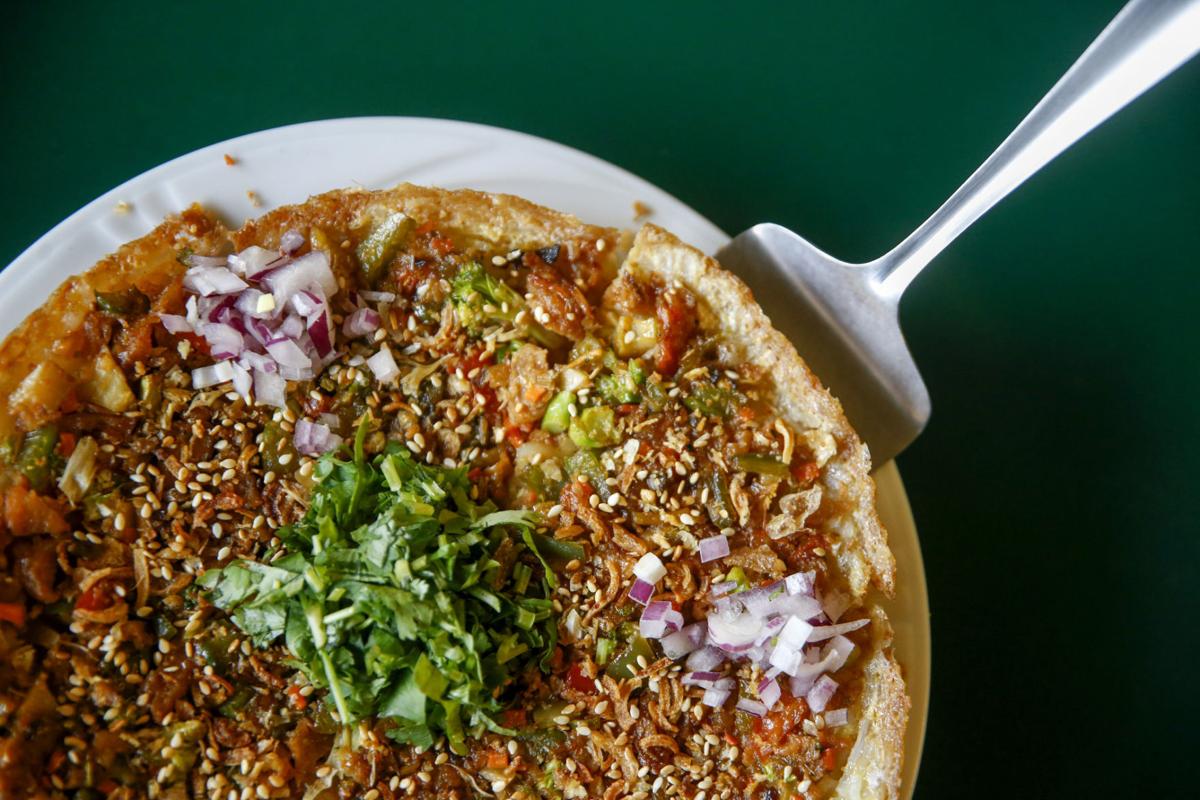 The Vietnamese pizza is a vegetarian version developed by Ri Le at his Ri Le Vietnamese Restaurant. IAN MAULE/Tulsa World

The Vietnamese pizza is a vegetarian version developed by Ri Le at his Ri Le Vietnamese Restaurant. IAN MAULE/Tulsa World

Related: Tulsa restaurateur looks back on his frantic, miraculous escape from Vietnam as Saigon fell.

With the recent death of former Tulsa World restaurant critic Suzanne Holloway at 104, it brings to mind the positive influence she had on so many lives, and especially so with one Vietnamese immigrant named Ri Le.

Ri Le said he joined the South Vietnamese air force when he was 20 years old and was trained to be a helicopter pilot in San Antonio, Texas, in 1968. He returned to Vietnam in 1969 and fought there until the end of the war.

It has been documented over the years how Ri Le (pronounced Ree Lay) managed a harrowing escape April 29, 1975, as the North Vietnamese overran Saigon.

Ri Le’s wife, Thao, and first child had escaped the country a few months earlier. Now, Ri Le was desperate to find a way out. He randomly ran across a helicopter and loaded it with 13 fellow escapees, not knowing if it had gasoline or even if it would start. Luckily, it did start, and Ri Le headed east to the South China Sea.

Ri Le said he had to ditch the helicopter next to a cargo ship just as he was running out of gas. All of his passengers survived.

Ri Le was reunited with his wife and son, and they were assigned to Fort Chaffee outside Fort Smith, Arkansas. Eventually, his family was sponsored by Dick Freeman and Tom Elliff of Tulsa’s Eastwood Baptist Church.

He moved his family into public housing in west Tulsa, and he worked all manner of odd jobs until 1981, when he and Thao opened a doughnut shop and Vietnamese restaurant just west across the 21st Street bridge.

“It was a tiny place, an old Tastee Freez,” Ri Le said recently. “I was selling doughnuts in the morning, cooking lunch and welding at T.D. Williamson at night while my wife ran the restaurant.

“For 90 straight days, I was getting about one hour of sleep a night. The doughnuts did OK, but people didn’t know what Vietnamese food was. They never had seen it before, and it wasn’t doing very well.”

Then came a glowing restaurant review by Holloway, and it literally was life-changing for Ri Le and his family.

“All of a sudden, people started showing up in Mercedes and other fancy cars to try my Vietnamese food,” Ri Le said. “I was able to quit the welding job and get some sleep.”

In 1983, Ri Le was asked to move the restaurant to the second floor of the fancy new Kensington Galleria on 71st Street west of Lewis Avenue.

“I didn’t have any money, but the owners put up the money to make the restaurant look nice,” Ri Le said. “My brother-in-law, Binh Le, even wore a tuxedo. I never wore a tuxedo in my life.”

When the mall closed nine years later, the restaurant was relocated to 32nd Street and Yale Avenue. That’s where he was when Holloway retired in November 1999, and Ri Le and family cooked a going-away vegetarian dinner for a number of Holloway’s family, friends and co-workers.

James D. Watts Jr., the Tulsa World’s food and fine arts writer, still rates it the best dinner he ever has had in his life. One couldn’t argue. It was sensational.

“Over the years, Mrs. Holloway became close to our family,” Ri Le said. “Our children (three of Ri Le’s four children were born in the U.S.) called her Grandma, and she was especially close to our daughter Hong. She would ask for Hong every time she came in the restaurant.”

Ri Le said another important moment in his life came about 25 years ago when he went to a five-day retreat in San Jose, California, where he met Vietnamese Buddhist monk Thich Nhat Hanh.

“I was smoking three packs of cigarettes a day; I was drinking and going to casinos,” Ri Le said. “After the retreat, I quit all of that and started meditating and became a vegetarian.”

As more family members joined the restaurant staff, Ri Le decided to expand and opened a second restaurant in 1994 at 91st Street and Yale Avenue in the Hunters Glen center.

So the Ri Le restaurant tree looks like this today:

None of Ri Le’s children is in the restaurant business.

“I have four children and nine grandchildren, and they are spread out all over America,” Ri Le said. “I never wanted them to go into the restaurant business. We let them work on weekends so they could see how hard Mother and Dad worked to send them to school.

“Now, I am 72 and still working full time. I don’t know what I would do if I didn’t work. I say this: Keep the body moving and the mind still.”

About eight months ago, Ri Le said his children took him to dine at a pizza restaurant.

“I loved it, but with all of the cheese and grease and everything, it hurt my stomach,” he said. “I decided to make another kind of pizza. I came up with one with a rice noodle crust, no fat, no butter and things like lemongrass, parsley, mushrooms, carrots, green peppers, onions and sesame seeds.”

The pizza has a thin, crunchy crust and an inviting flavor with a little spiciness on the back of the tongue.

“I put it on as a special of the week, and so many people wanted it, I have to have it every day now,” Ri Le said.