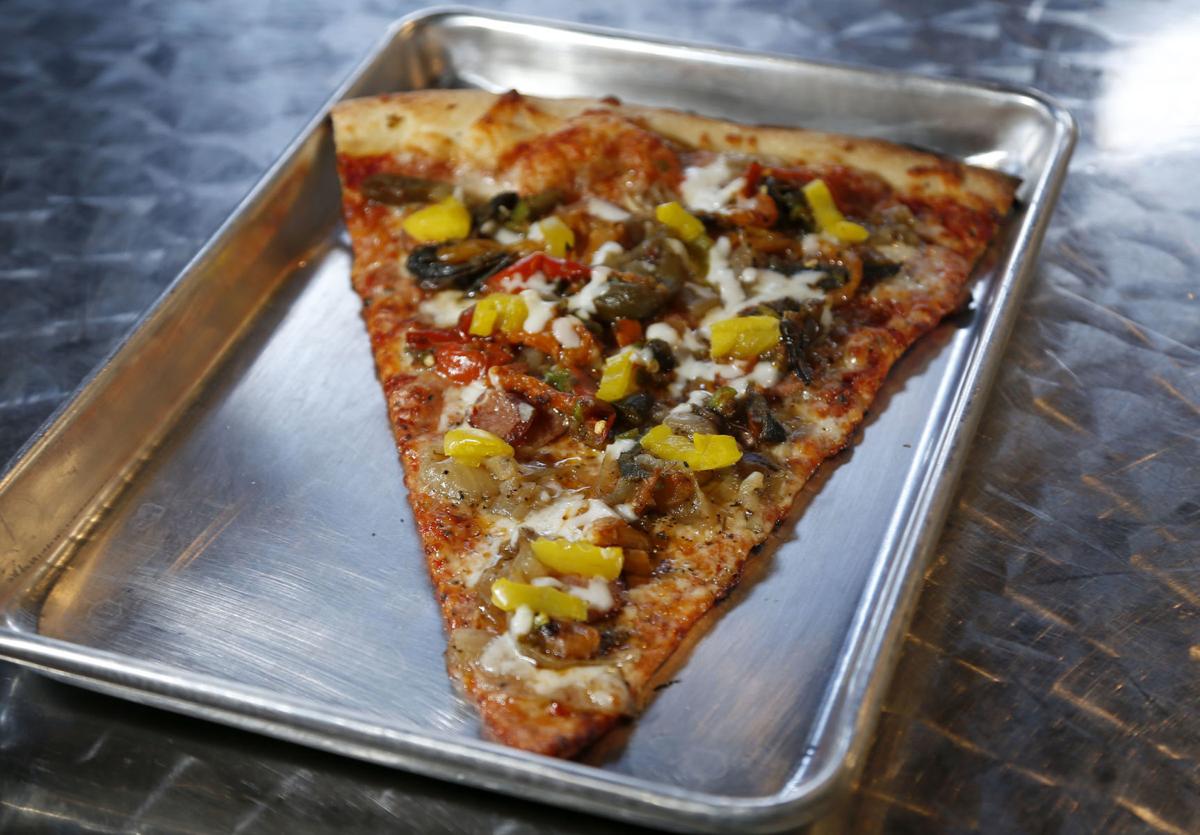 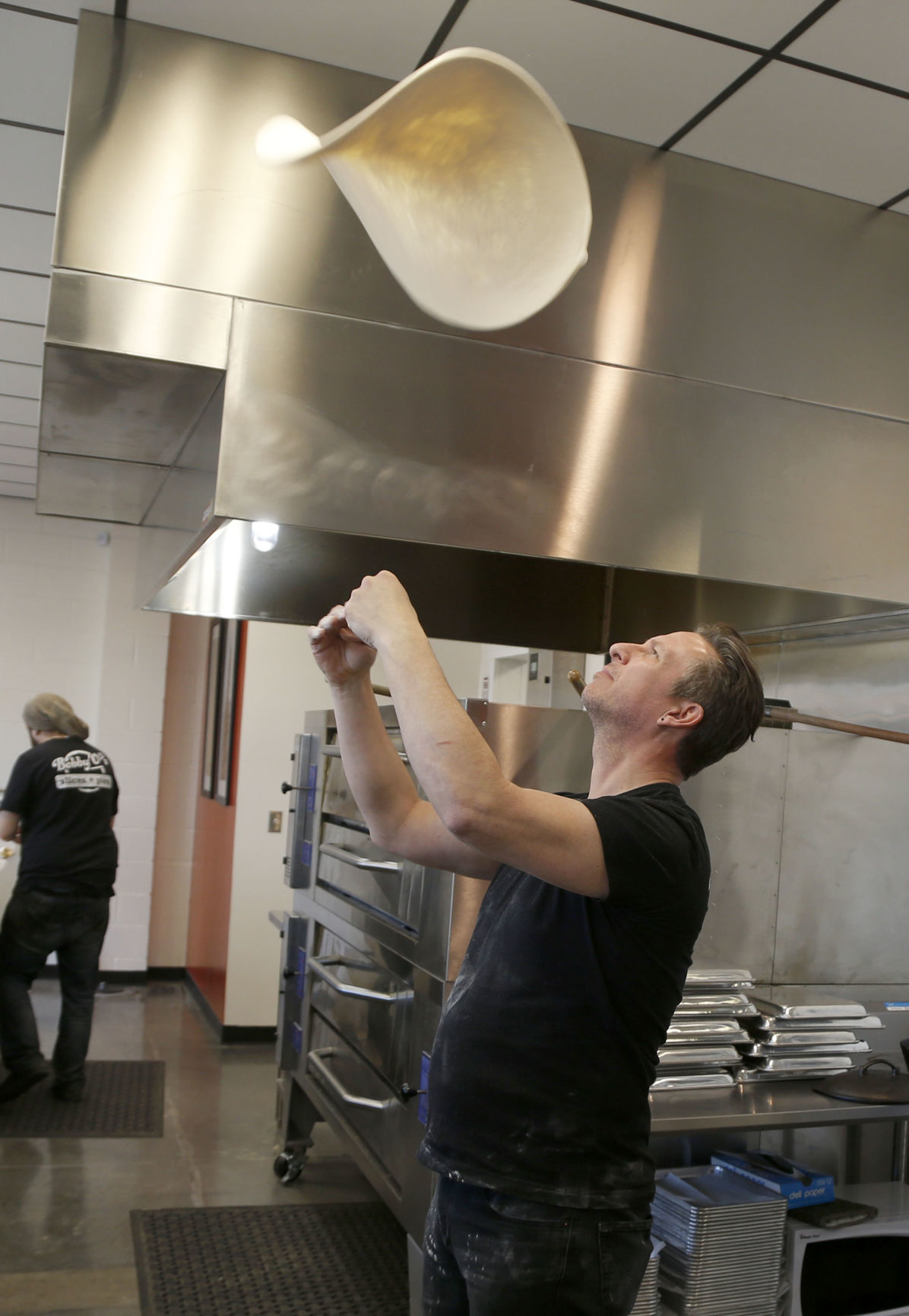 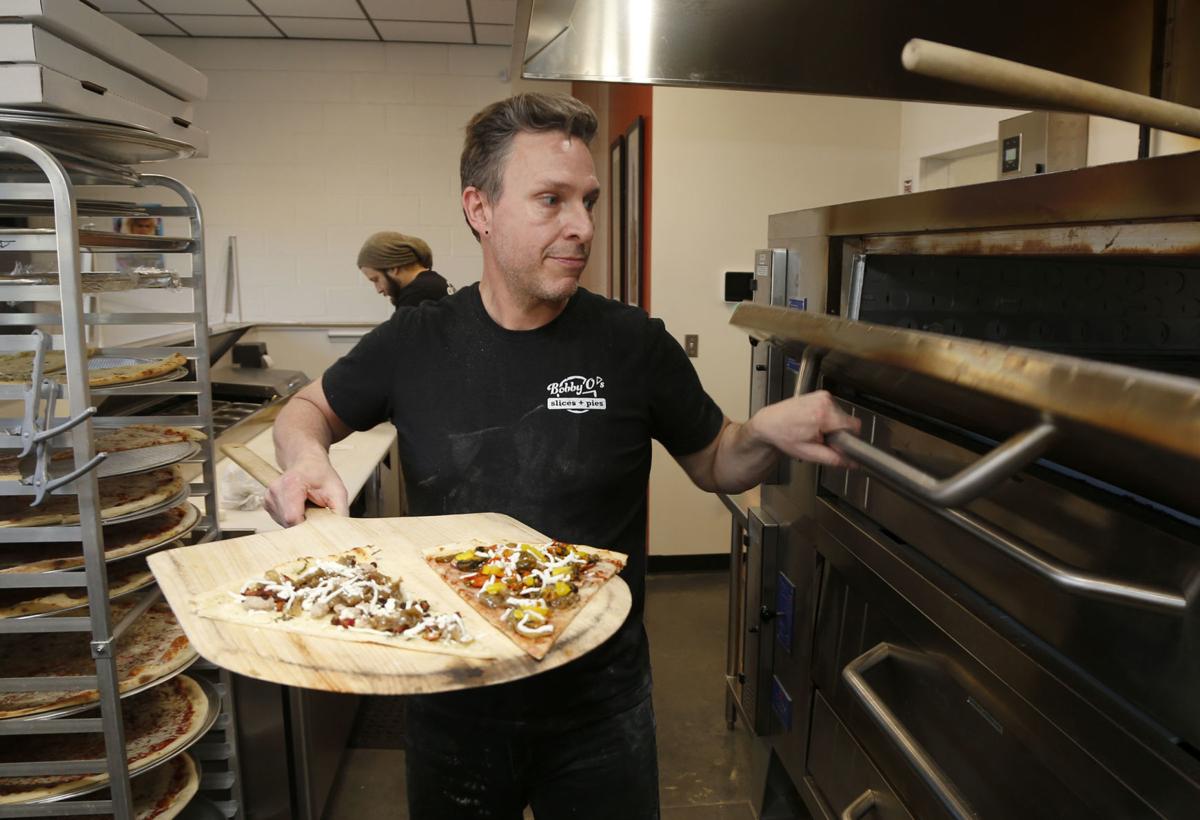 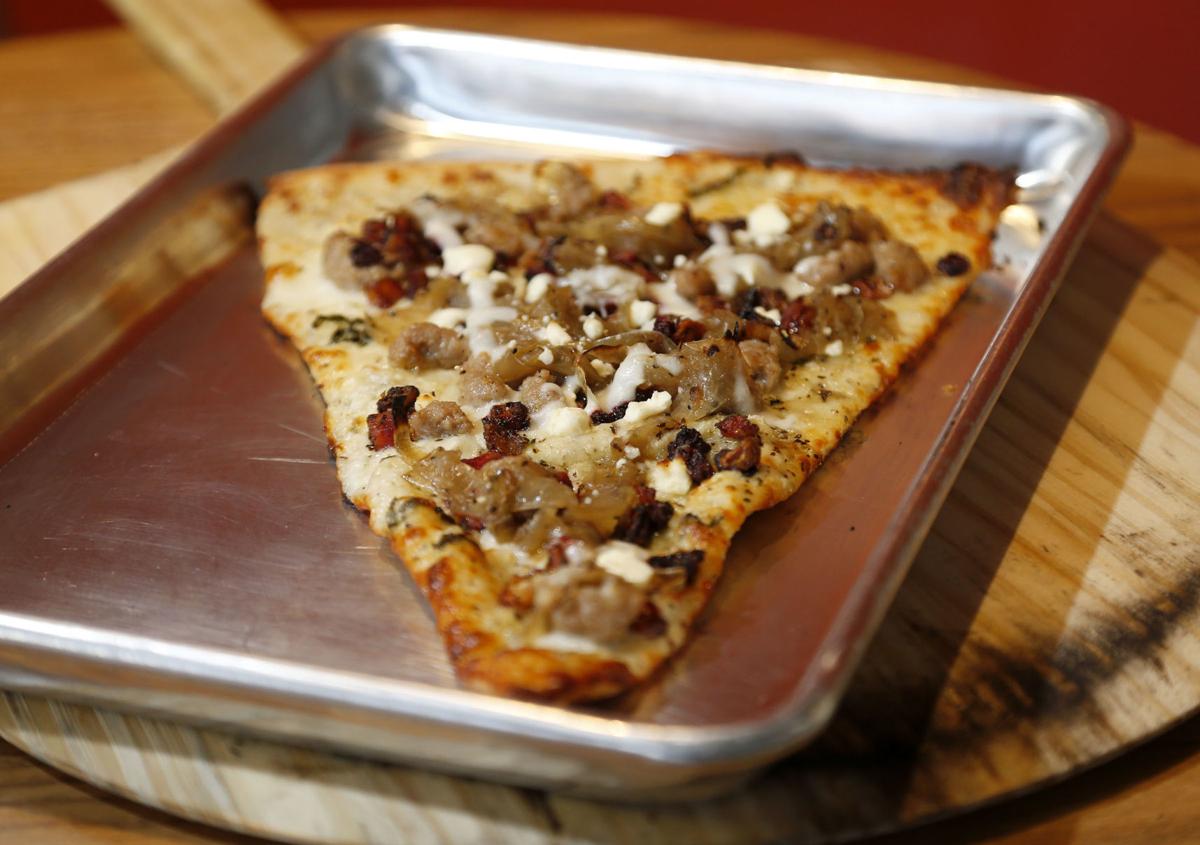 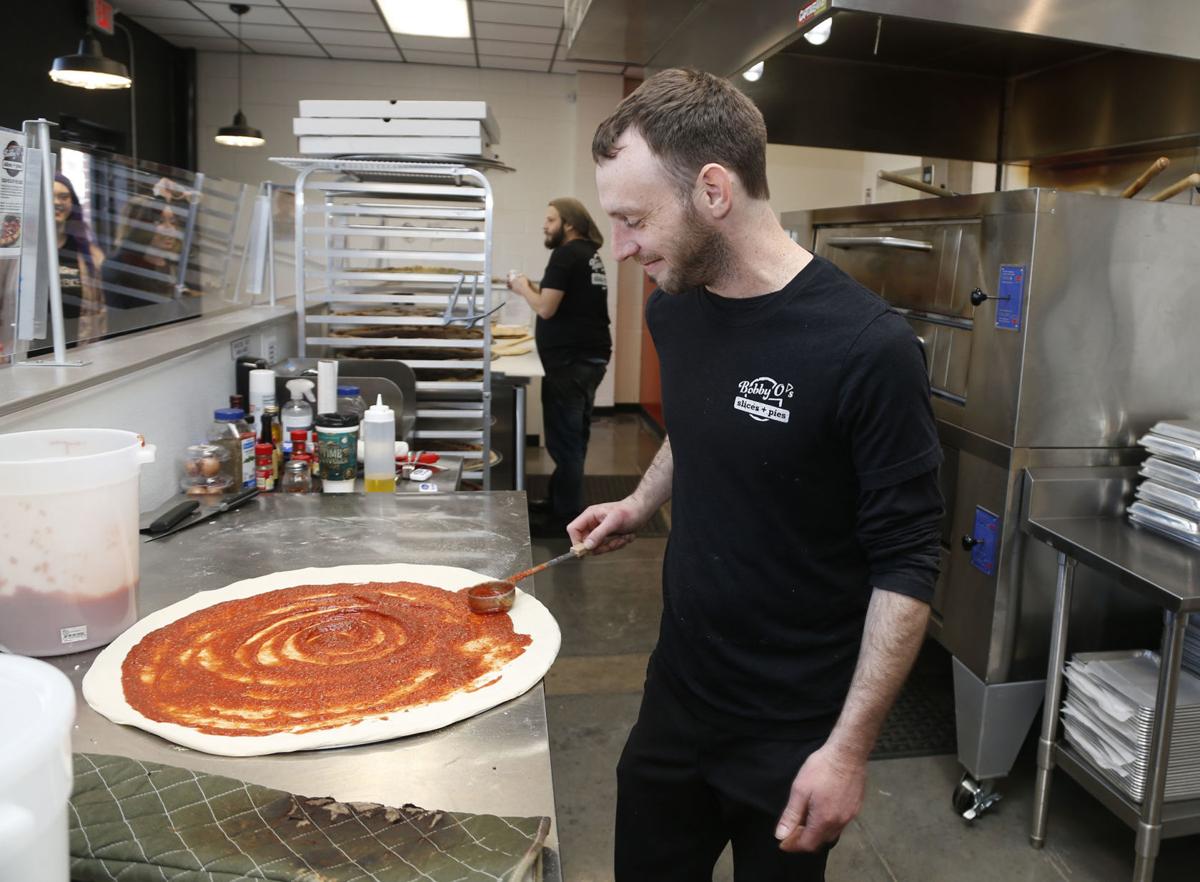 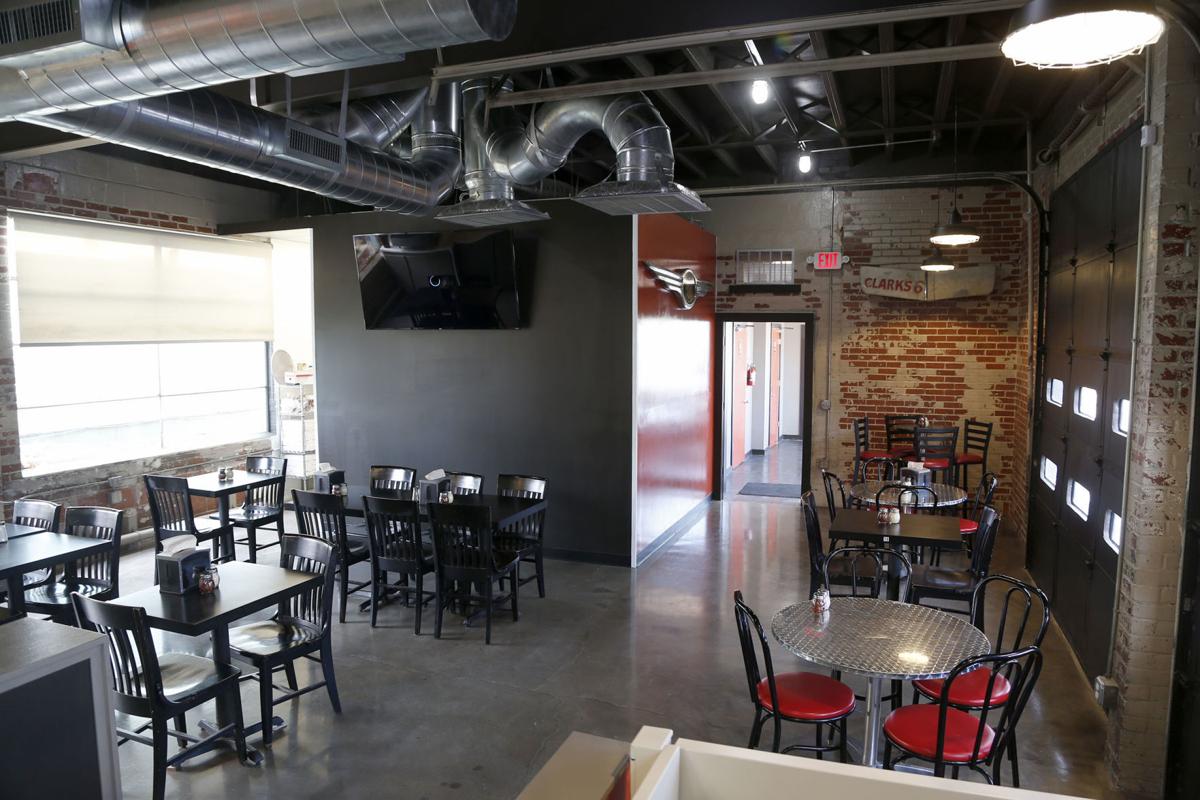 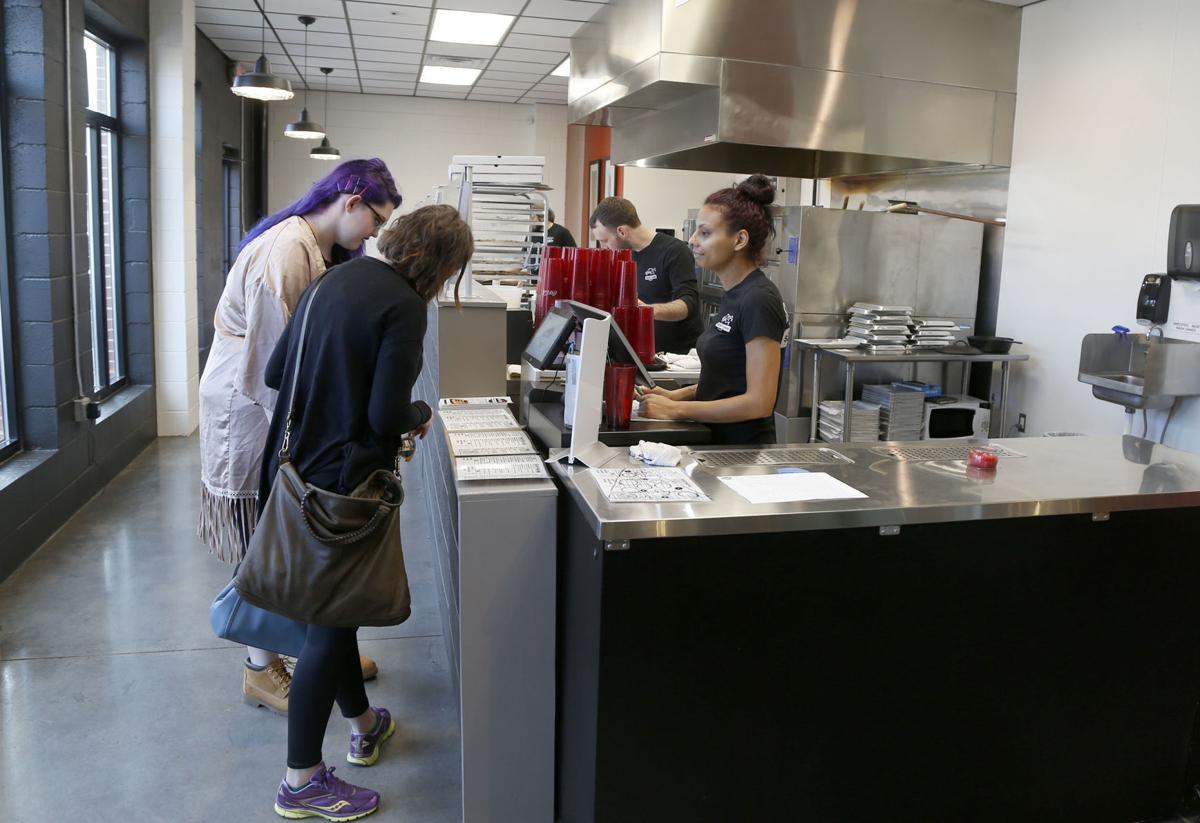 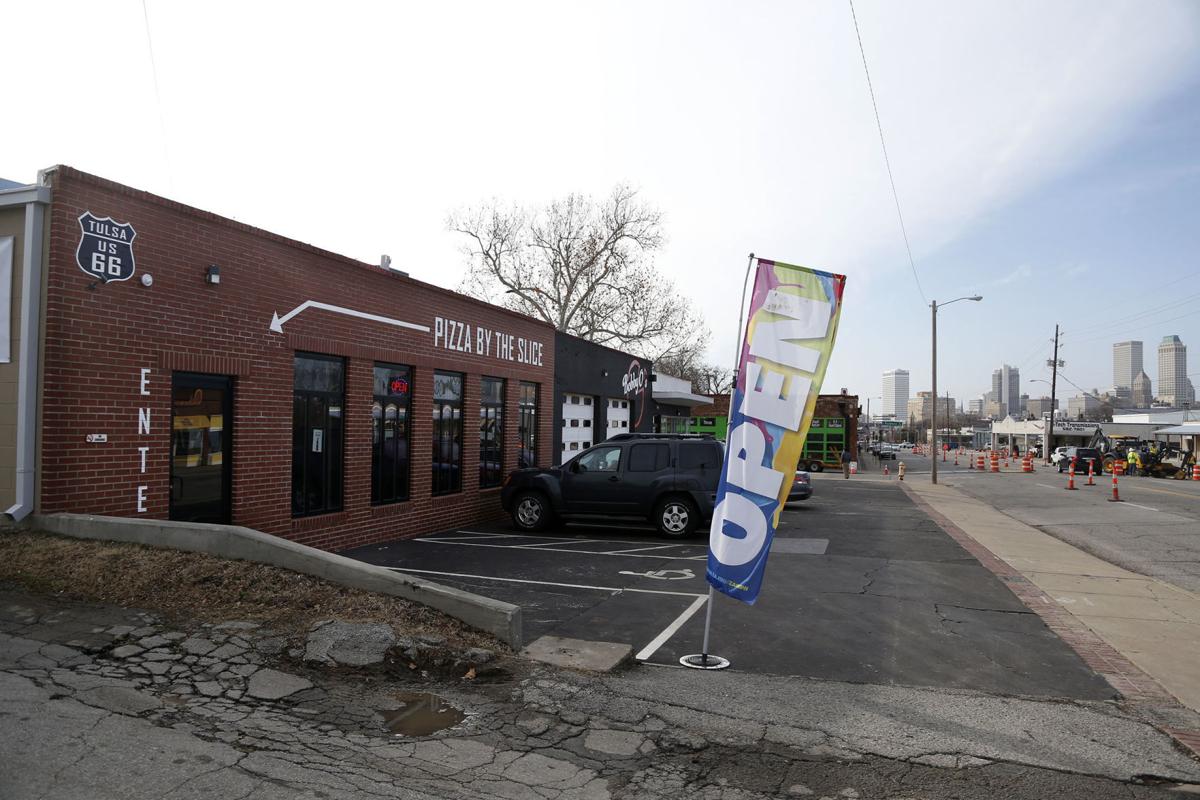 Bobby Oertel said he worked in the industrial design field for 25 years, but most of those years, he had something else on his mind.

“I always thought about owning a pizza place,” he said at his recently opened Bobby O’s Slices + Pies on Route 66. “I realized in my job I was dealing with computers instead of people, and I decided on the solar eclipse of 2017 (Aug. 21) to make the move.

“A lawyer friend of mine also helped talk me into it. He said he was tired of hearing me talk about it.”

So Oertel spent five months developing a business plan, then raising money, finding a location, designing and building out the restaurant, and obtaining all of the necessary paperwork. He finally opened Bobby O’s about a month ago on 11th Street, between Hillcrest Medical Center and the iconic Meadow Gold sign.

A big part of Oertel’s business plan included a separate kitchen to prepare gluten-free pizzas. All of the toppings are prepped in the gluten-free kitchen to ensure there is no cross-contamination of the products.

“We can do gluten-free slices or whole pies, just like regular pizzas, and they come out ready to be served the same time as the regular pies,” Oertel said. “Last Friday, gluten-free pies accounted for 20 percent of our business.”

The slices are large, too. They are cut from 2-foot diameter pizzas and resemble New York-style pizzas — hand-tossed thin crusts and pliable enough to be folded in half and eaten out of hand in that manner.

“In the mid-1990s, I worked at Papa Keno’s in Lawrence, Kansas, and that’s where I learned to do the New York-style slices,” Oertel said.

Diners start by choosing one of the base pizzas, a red ($5) with marinara sauce and mozzarella cheese, or a white ($5.50) with roasted garlic, olive oil, ricotta, Parmesan and mozzarella.

To that, more toppings may be added for an extra charge, or one may choose a signature topping combo for an extra $2.50 a slice (prices vary for full pies).

We liked both pizzas. Both were a little oily and were very flavorful. I learned quickly I either had to cut it into pieces with a knife or fold it over.

Bobby O’s has a wide variety of toppings from which to choose. I counted 43. It also has a vegan option and a thick-crust pie. The only other food items are a calzone, plain bread sticks, cheesy sticks, spicy sticks, a mixed green salad, Caesar salad and a roasted Route 66 salad.

The Route 66 salad is a combination Oertel created with red and golden beets, turnips, parsnip and carrots that are roasted and served on a bed of spinach with feta and raspberry vinaigrette.

A daily special includes a signature topping combo slice, small salad and 20-ounce drink for $11. A children’s menu includes a half slice of pizza ($2.75), carrots and ranch dip ($3) and applesauce ($2).

Fountain and canned water and soft drinks are the beverage choices. Oertel said beer and wine should be available some time in March.

Oertel’s industrial design past fit well with the industrial look of the Bobby O’s space, a former auto speedometer repair shop built in 1939. I noticed original tile and window in the bathroom.

The restaurant is on two levels. Customers order on the top level and dine on the bottom. Amenities include a wheelchair lift from one level to the next.

“A young man came in the other day and was excited to see he could easily get around anywhere in the restaurant,” Oertel said.

A table near the order counter held a variety of bulletins, pamphlets, magazines and a wooden plaque that was a Falstaff draft beer service award made out to Robert Oertel.

For the young adult set, Falstaff once was the third-largest brewery in the country. It gradually was phased out its last 15 years and disappeared from the shelves in 2005.

Oertel said he moved to Tulsa in 2010, when his wife, Dr. Kristen Oertel, took a job at the University of Tulsa as the Mary Frances Barnard Professor of 19th Century American History. She also is chairperson of TU’s history department.

“My family has been great,” Bobby Oertel said. “My wife, son Owen, 15, and daughter Lily, 11, all helped getting this business off the ground.”

Bobby O’s is next door to a Lot-A-Burger and across the street from Ike’s Chili House.

“I’ve gotten to know the owners of Ike’s, El Rio Grande and Soul City, and there is a real neighborly feeling among the restaurants around here,” Oertel said.

“All four of us have pulled double duty since we opened,” Oertel said. “We are passionate about pizza, and there is nothing more gratifying than feeding people well and have them be satisfied.”