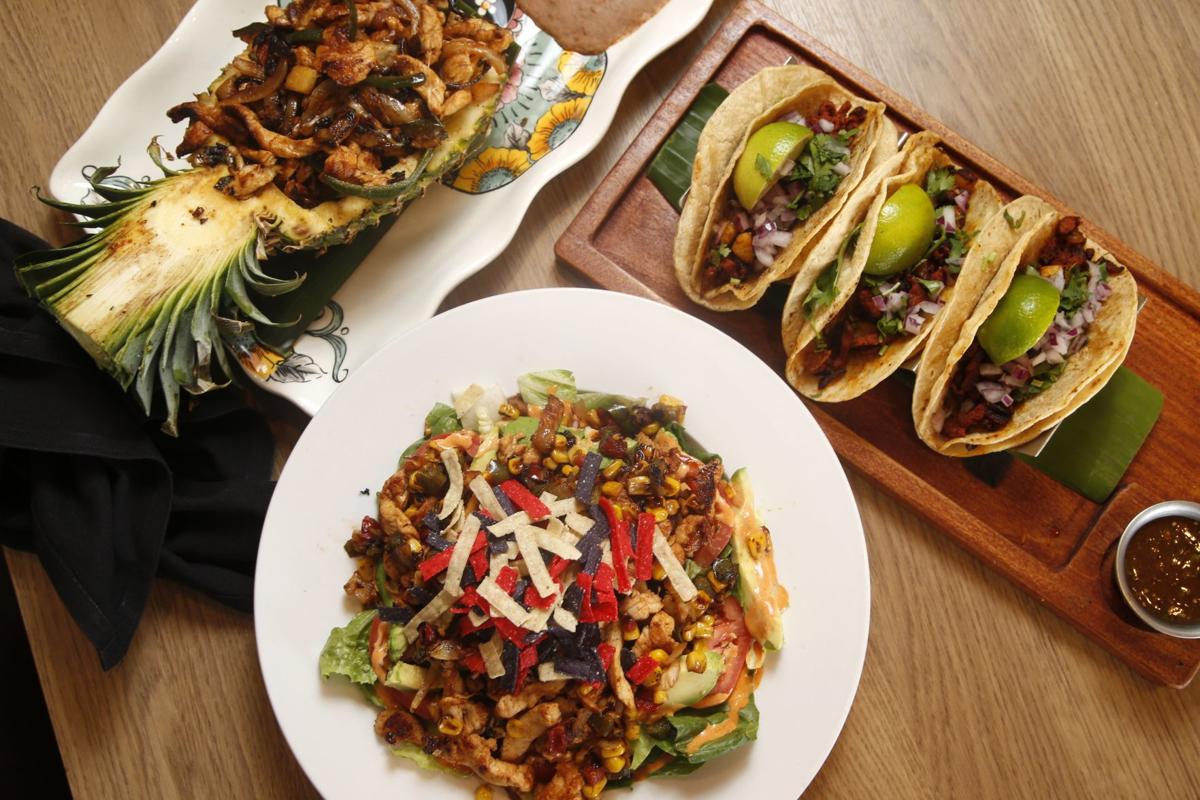 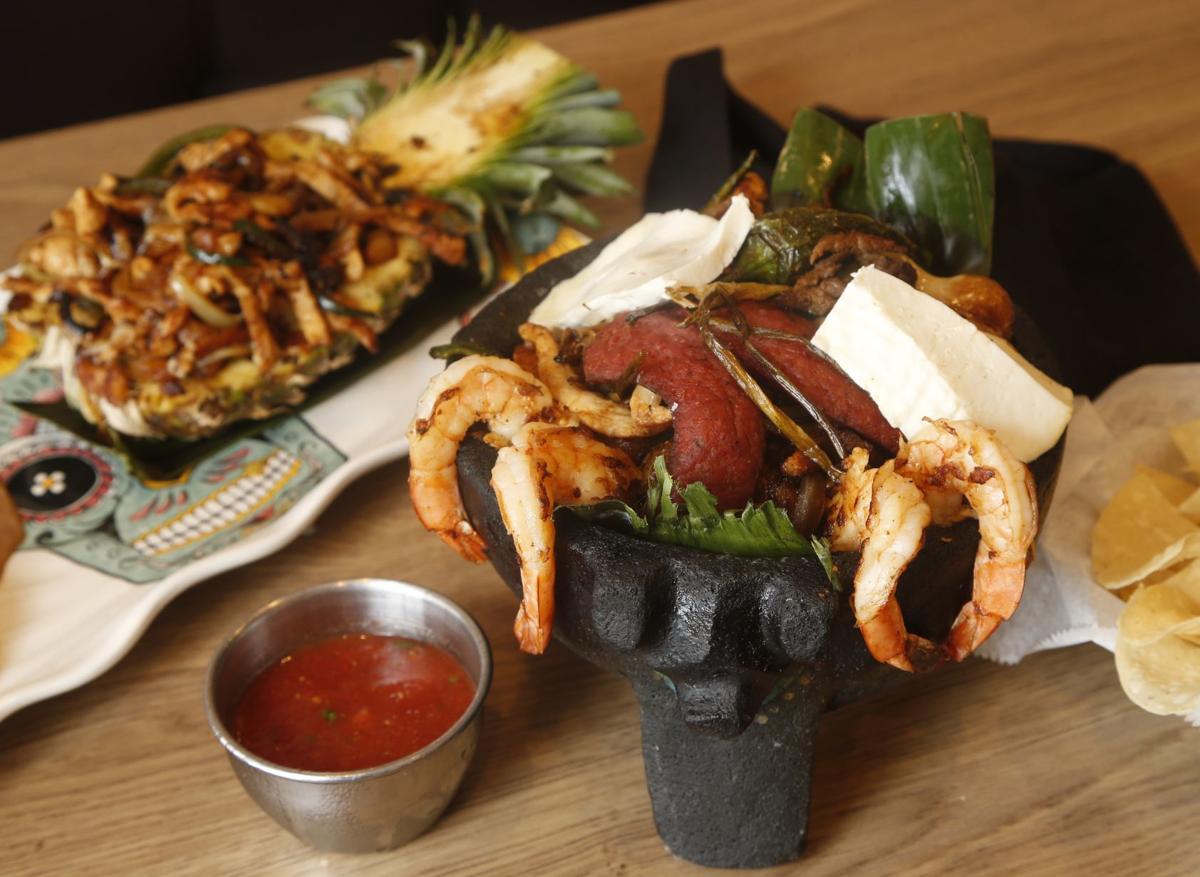 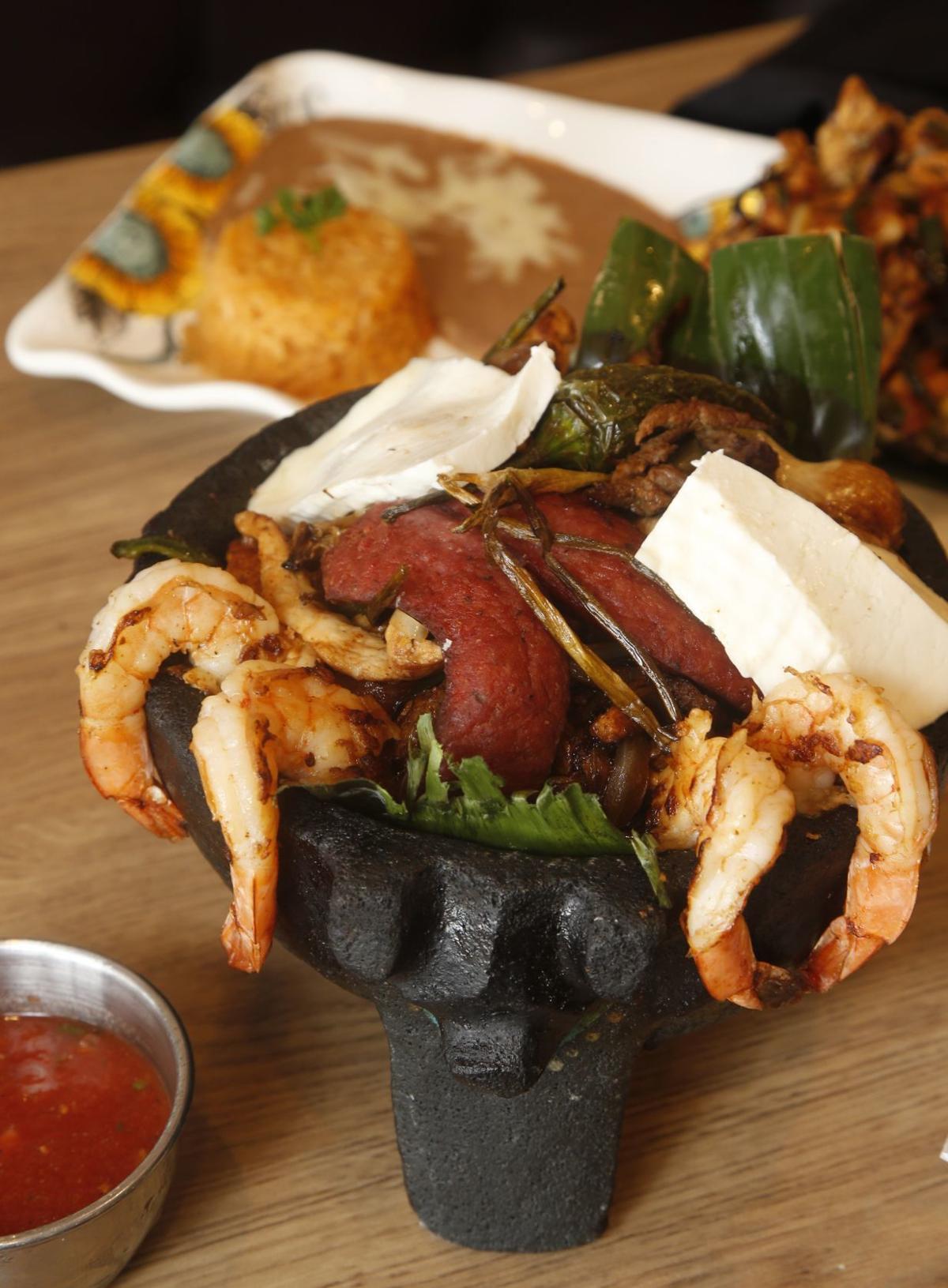 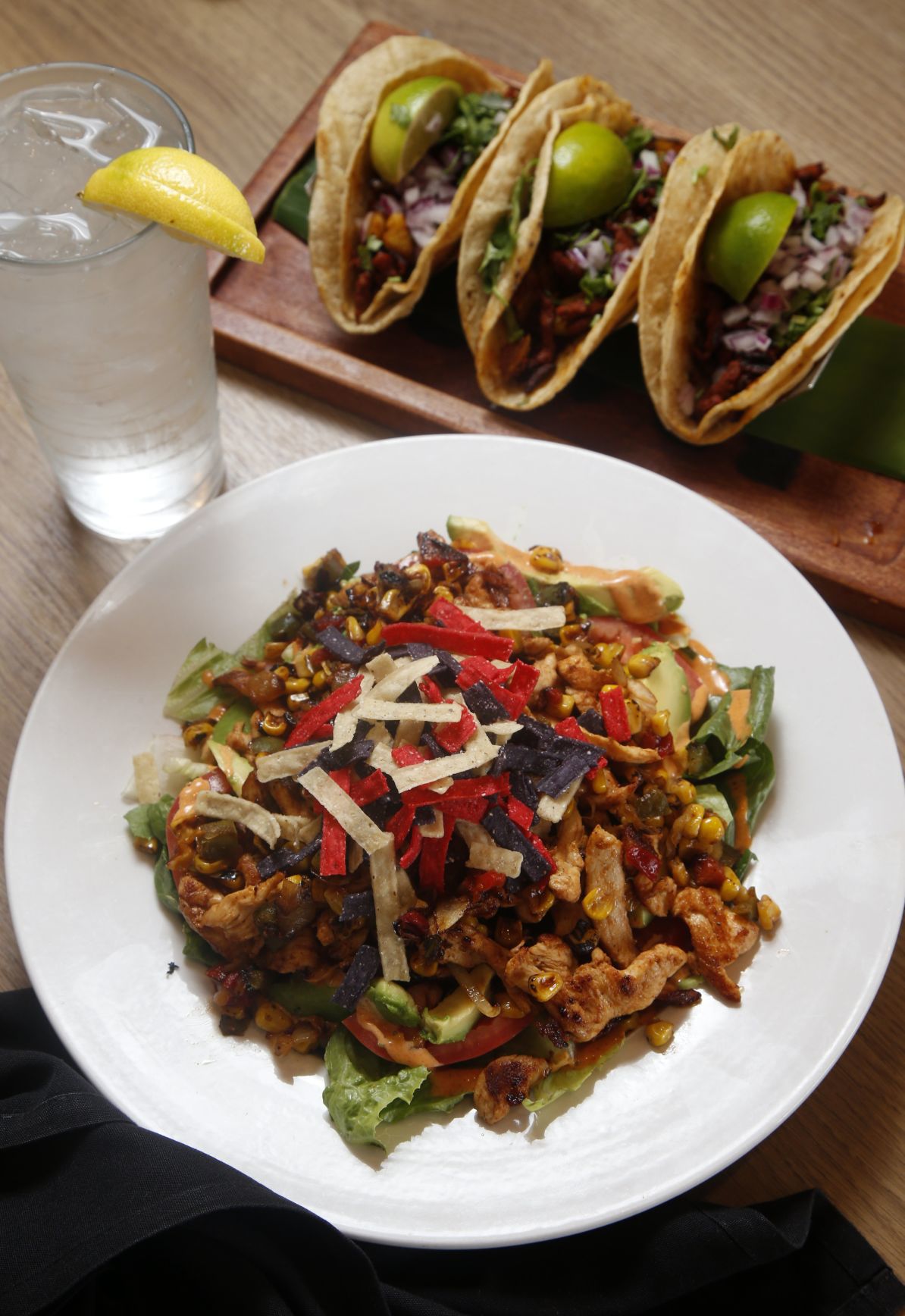 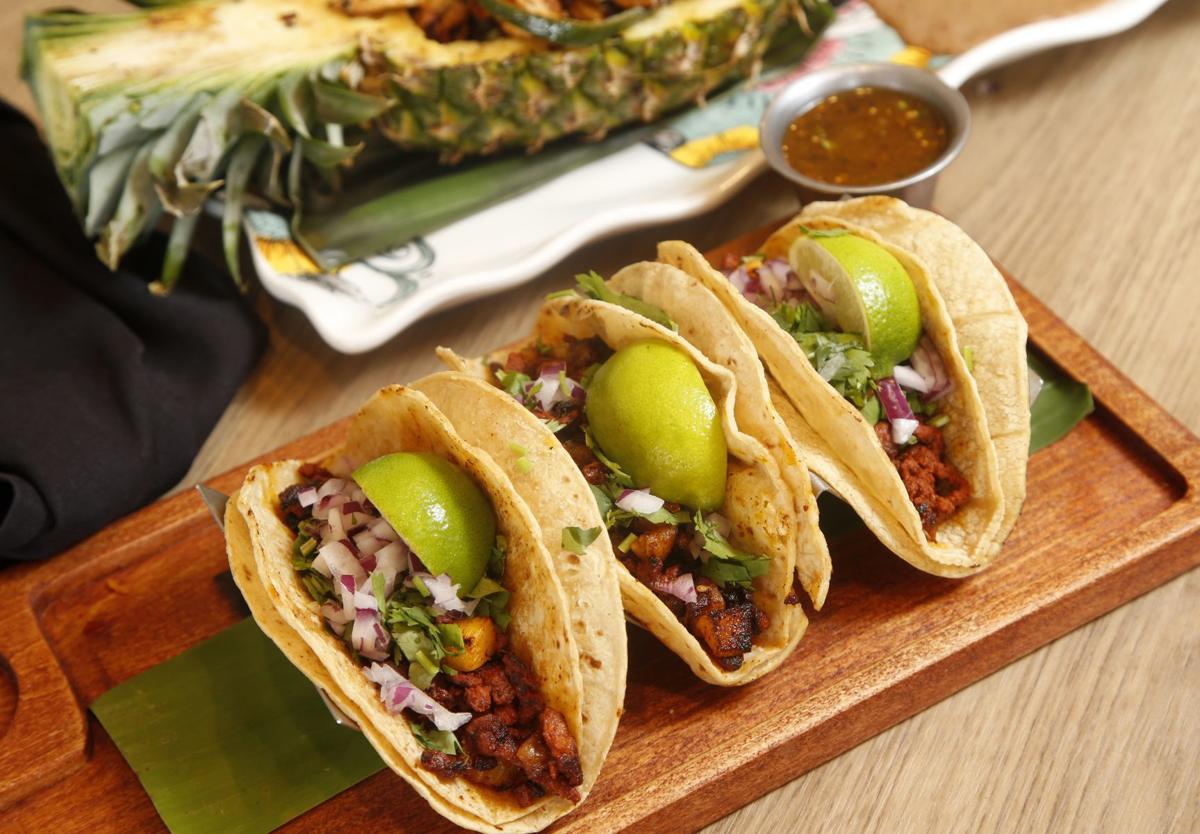 Street tacos come with a choice of meats on corn tortillas and two sides at Bravos Mexican Grill. All street tacos are gluten-free. MATT BARNARD/Tulsa World 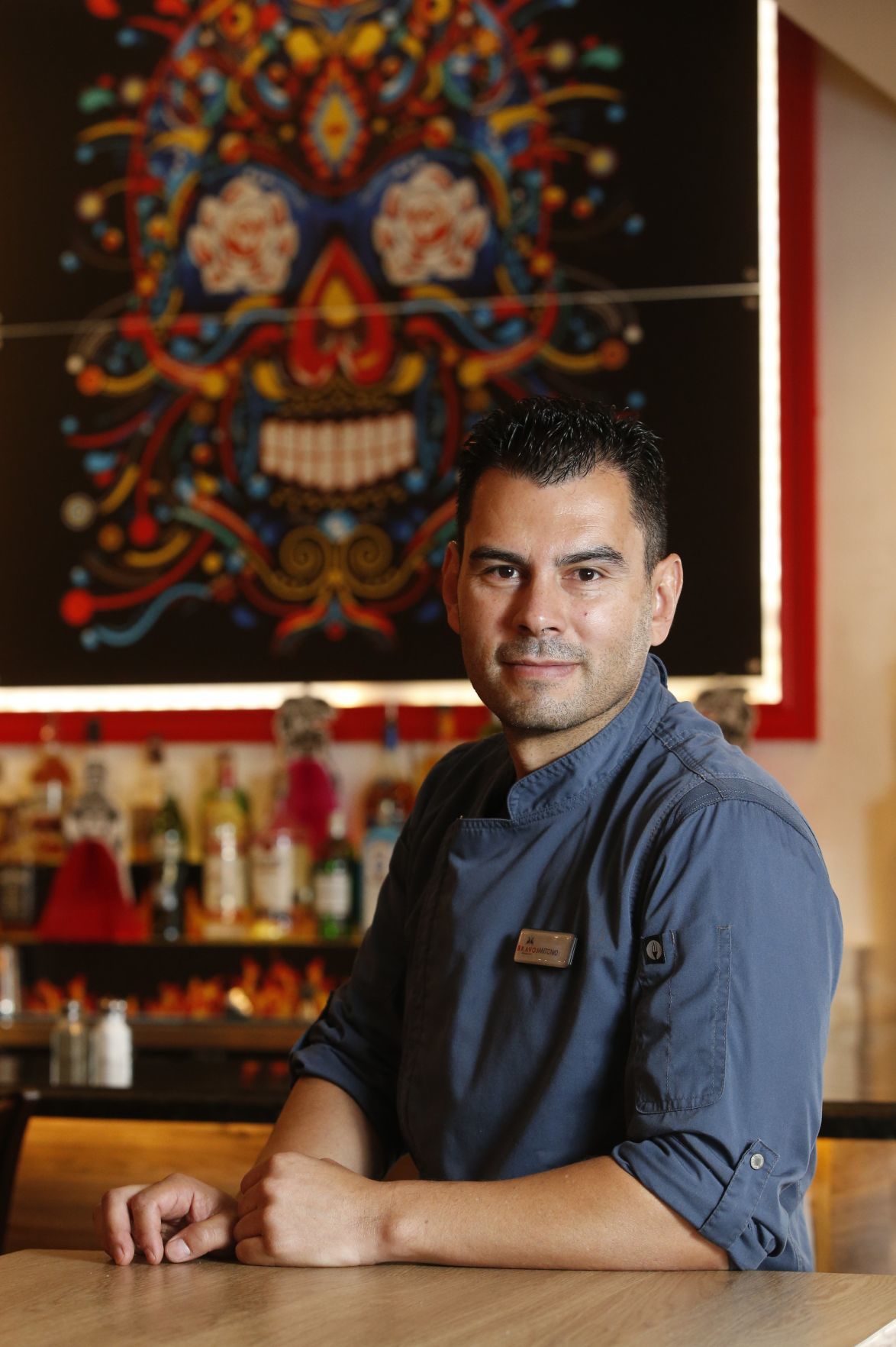 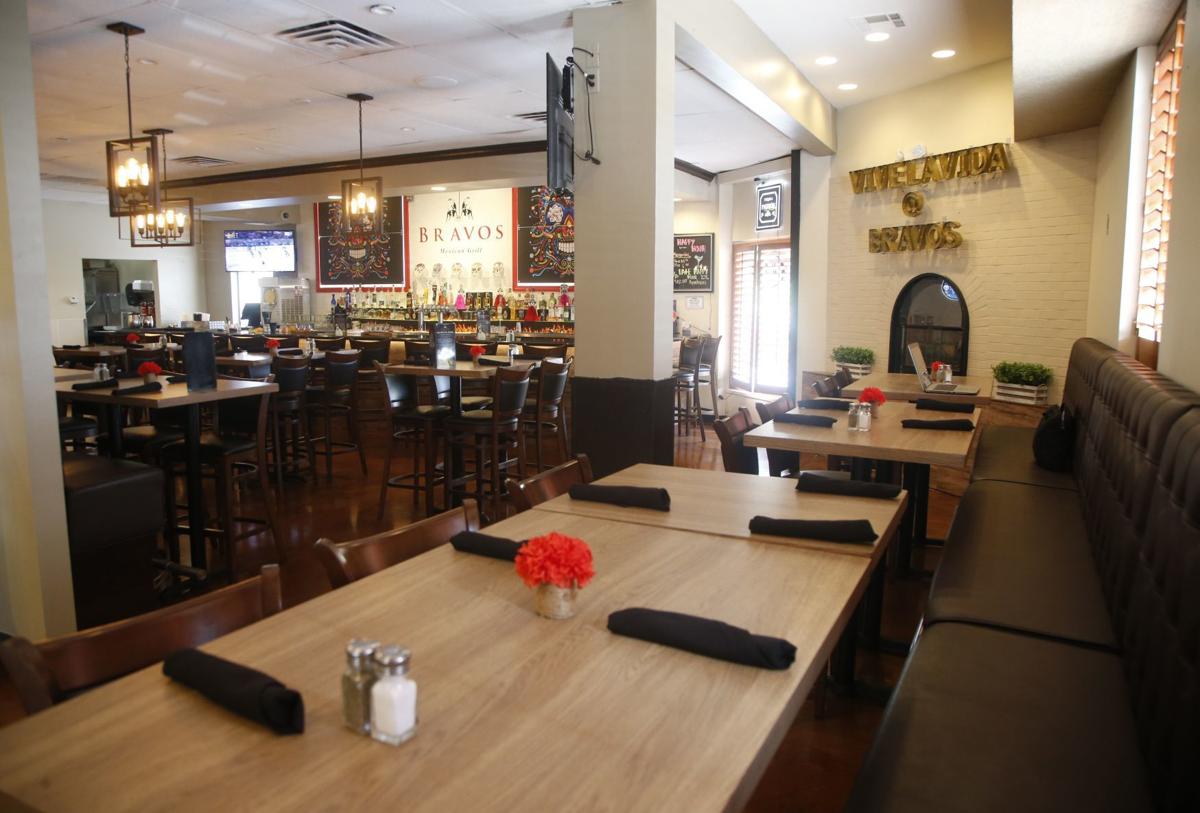 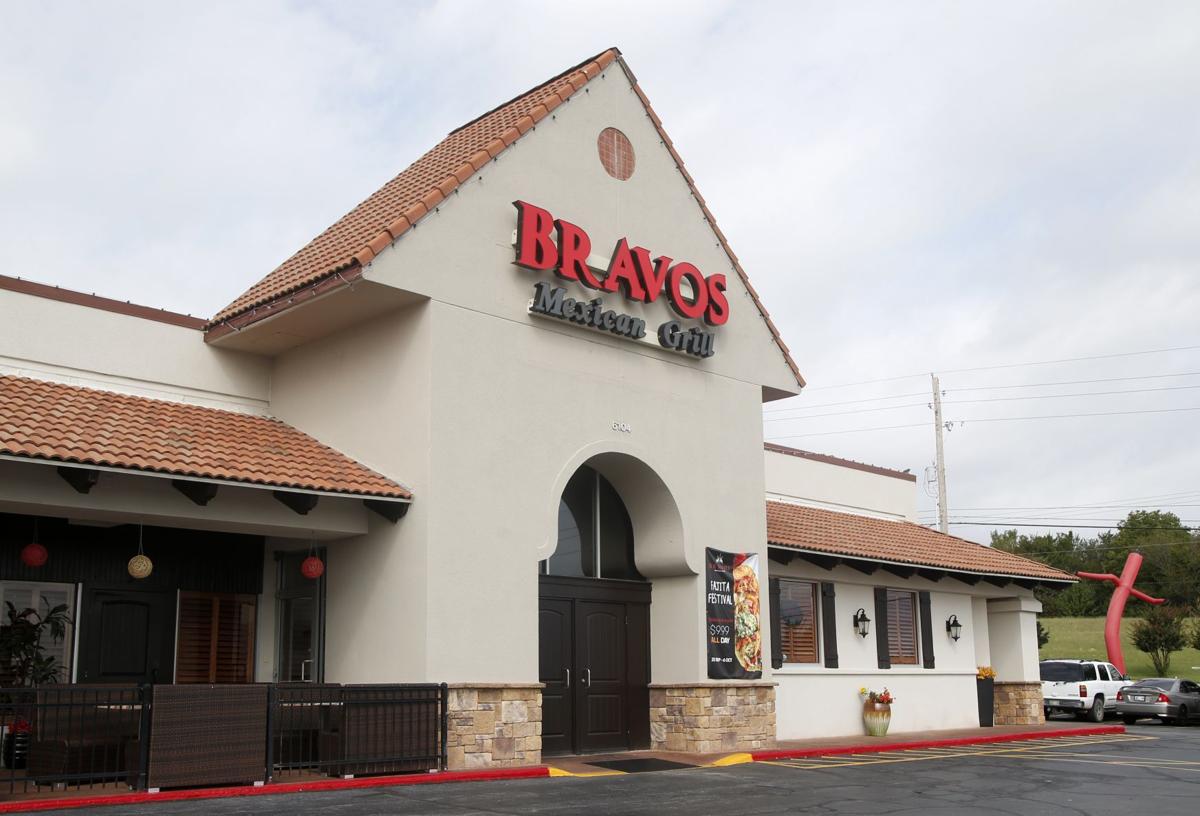 Street tacos come with a choice of meats on corn tortillas and two sides at Bravos Mexican Grill. All street tacos are gluten-free. MATT BARNARD/Tulsa World

As the Bravos Mexican Grill dining room steadily filled during a recent lunch hour, co-owner Antonio Martinez was gushing about the newest location for the restaurant.

“We actually get more traffic here, the views are great and there is plenty of parking,” Martinez said. “The dining room and bar worked out very well.”

“The owner wanted to do something else with the building at the original restaurant,” Martinez said. “Another restaurant (Big Whiskey’s American Restaurant & Bar, a regional chain) is coming there.

“Both of our other restaurants are doing very well. Skiatook has been very good. I think a small town appreciates having more restaurant options.”

On a recent visit, we took seats at a wall banquette in front of a high-top table in the bar area that included large Dia de Muertos (Day of the Dead) decorations behind the bar, light fixtures with Edison bulbs and a series of large paintings featuring the tequila-making process. We mostly chose to sit there to catch some football on the three televisions.

We could not resist the top-shelf guacamole ($8.95) made tableside. Ours was prepared by a friendly woman named Mary. We prefer simple guacs with an abundance of avocado, some chopped tomato, lemon juice and a bit of chopped purple onion, and ours was delicious with warm, crispy tortilla chips.

The chips came in handy with a nice, slightly spicy complimentary salsa that was a little soupy, as though peppers and likely onions and spices were pulverized with a tomato base.

The camarones al mojo de ajo featured eight plump shrimp in a sweet, roasted garlic sauce with onions, tomatoes and slices of avocado, all served over a platter of moist rice.

We did not take any precautions to protect the leftover guacamole and slices of avocado we took home, but by the next afternoon both still were as green and fresh as they were at the restaurant. We don’t always have that luck with avocado.

The chimichanga Bravo included a large, deep-fried tortilla that was cut in half and filled with a generous portion of chopped steak, plus some roasted corn and cheese. It came with a small mound of rice, two dipping sauces and a side salad of lettuce, carrots, white cheese and purple onion. The sauces were a smooth queso and a spicy red chipotle.

We topped off the dinner with a lovely, thick-textured flan de vanilla ($5.95) garnished with chopped fruits and whipped cream.

In addition to what we had on our visit, I got a look at two of the most eye-catching and upscale entrees at our photo shoot, and they were impressive. Pollo Hawaiian ($15.95) featured a grilled half pineapple filled with marinated chicken grilled with onions, poblano peppers and pineapple, then topped with cheese. The molcajete Bravo ($27.95) included steak, chicken, shrimp, sausage, poblano peppers, onions, pineapple, shredded cheese and honey pasilla sauce served in a hot stone bowl.

The lengthy menu includes 17 lunch dishes priced less than $10. Kids have a variety of choices, too. Ages 12 and under can order one taco or cheese enchilada with rice and beans, one burrito and rice, a cheese quesadilla and rice, mac and cheese with fries, chicken fingers with fries and cheese or pepperoni pizza with fries for $5.99 each. A soft drink is included.

The menu also offers a sizable selection of vegetarian and gluten-free items.

Bravos has full bar service, including, predictably, a featured line of tequila-based cocktails and Mexican beers.

Our server, Felipe, was efficient and helpful making our selections. Sarah Lopez is manager for this location.

The main dining room has clean lines and is decorated with large metal sunbursts and paintings from Mexico. Tables hold colorful faux flowers.

A comfortable five-table patio has a great view of southeast Tulsa.

“We have improved some things like offering made-from-scratch corn tortillas with no preservatives, and using rib-eye steak for the carne asada,” Martinez said. “Tulsa is not big like Houston or Dallas, but it is a big foodie town. People appreciate quality food.”