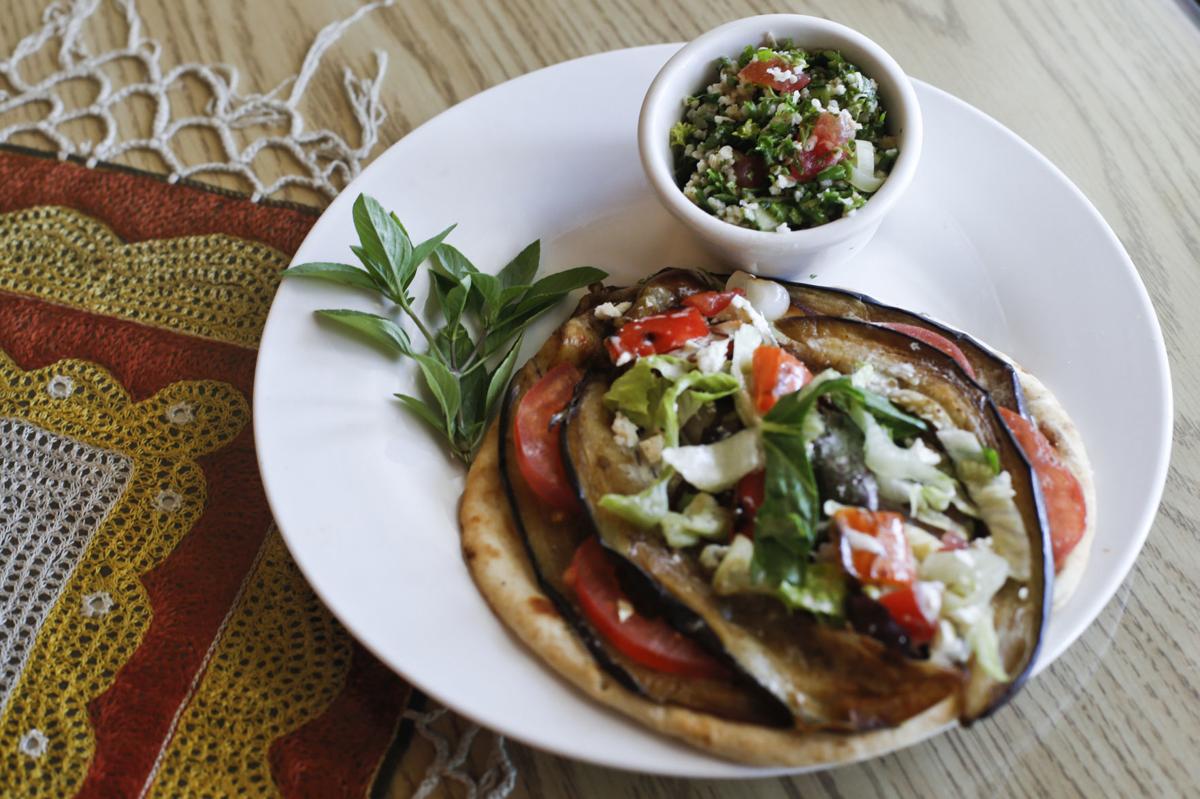 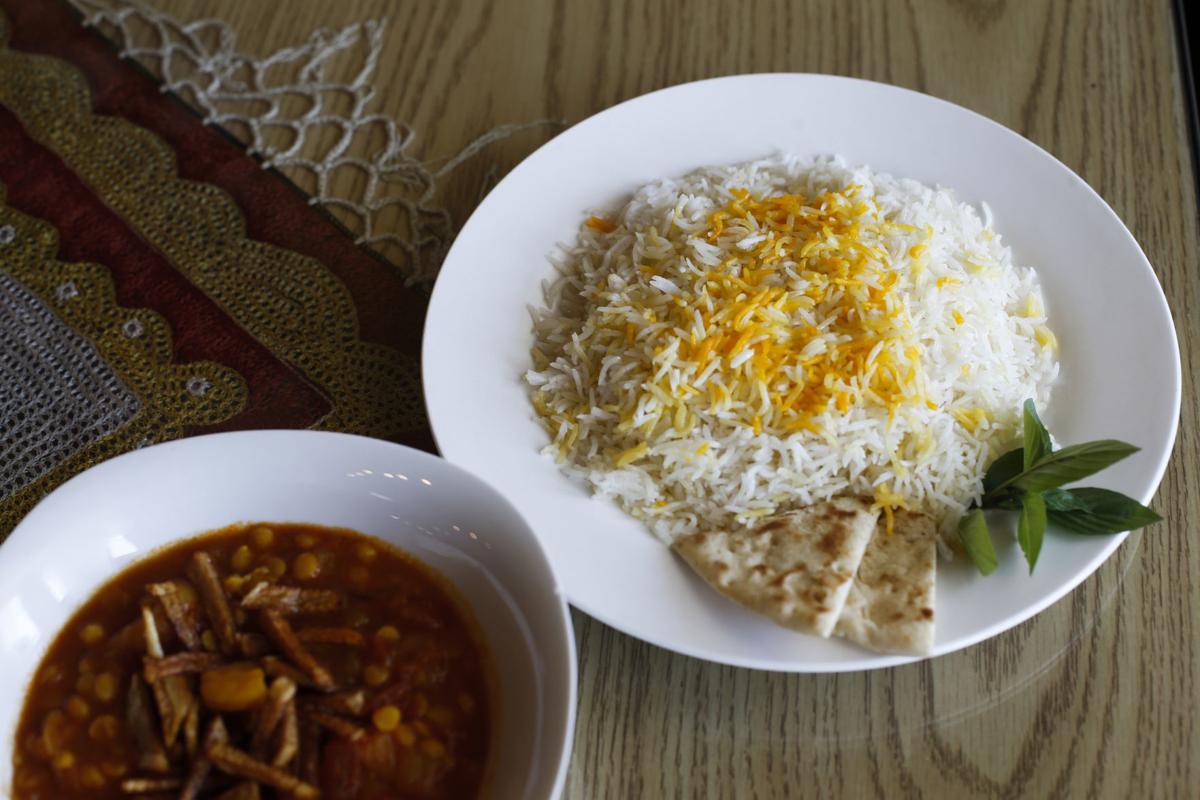 Vegetable stew has split peas, potatoes and apricot with tomato-based sauce. It is destined to be part of a new vegan menu at Pita Place Mediterranean Grill. It is served here with basmati rice and pita bread. MORGAN HORNSBY/Tulsa World 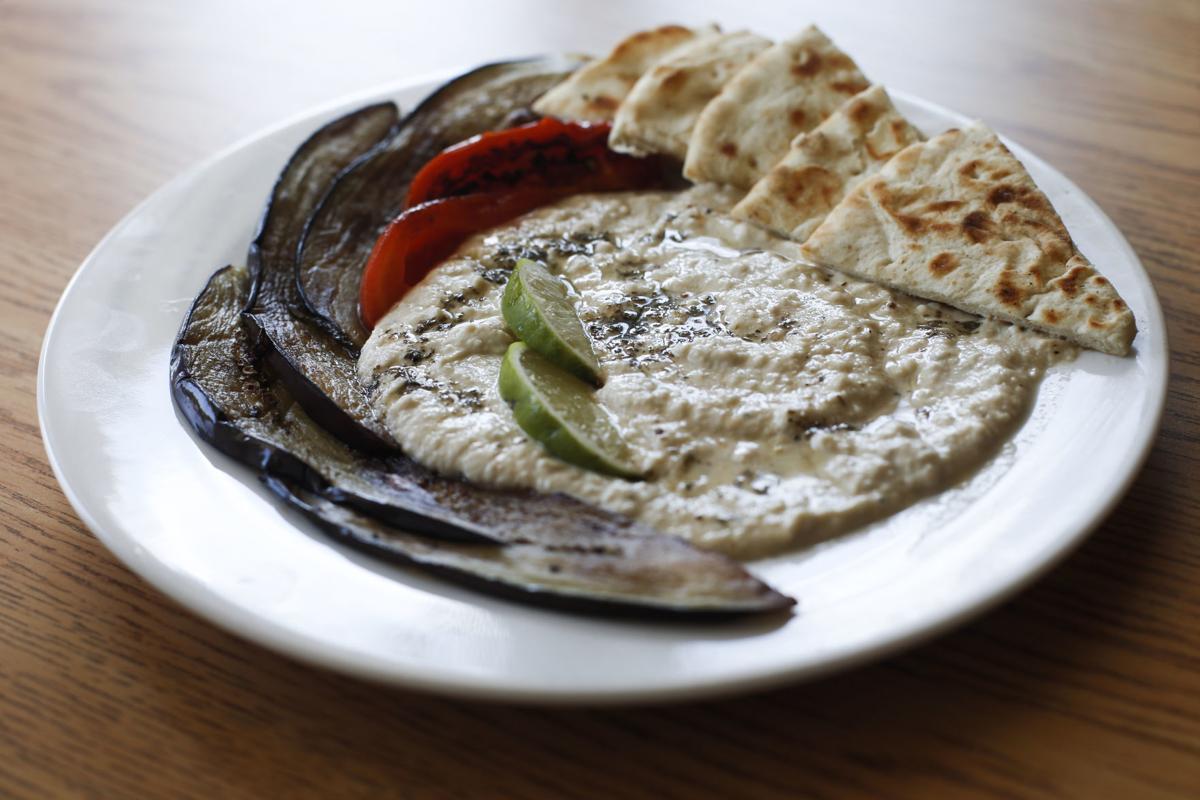 A baba ganoush appetizer is surrounded by sliced eggplant, tomato and pita bread with a garnish of lime. MORGAN HORNSBY/TULSA WORLD 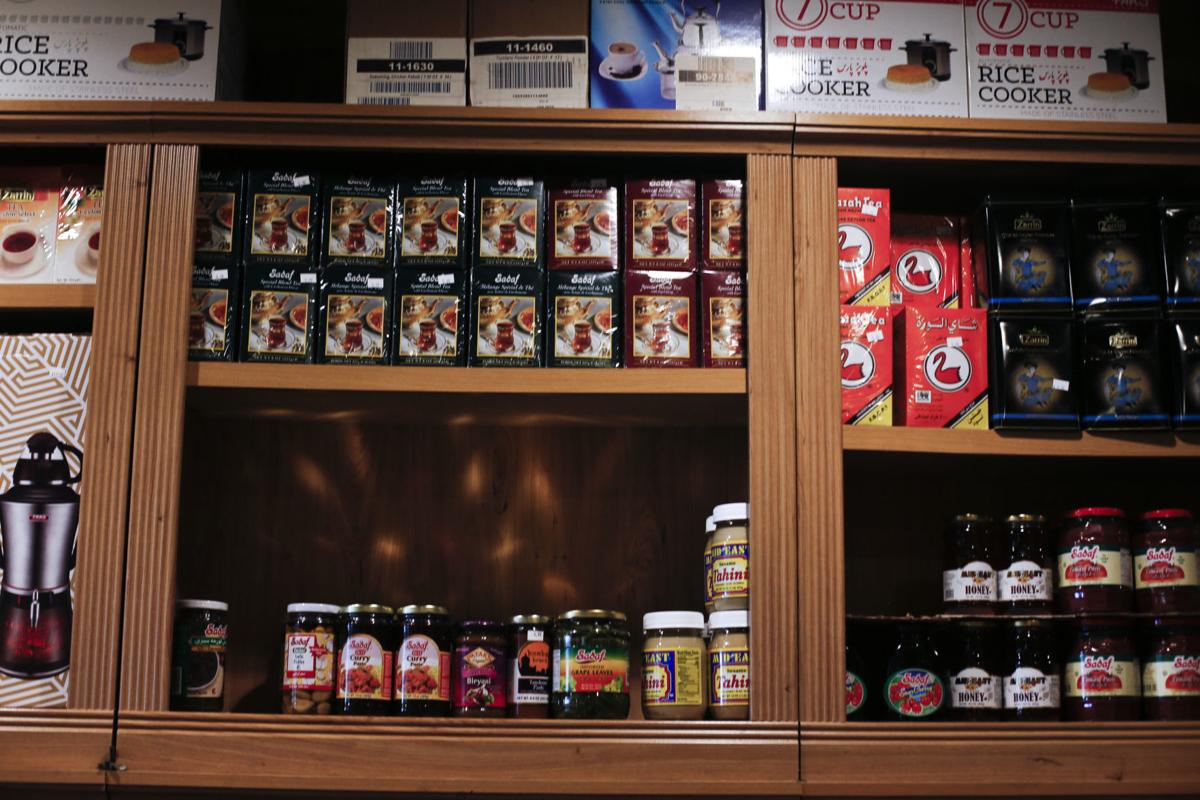 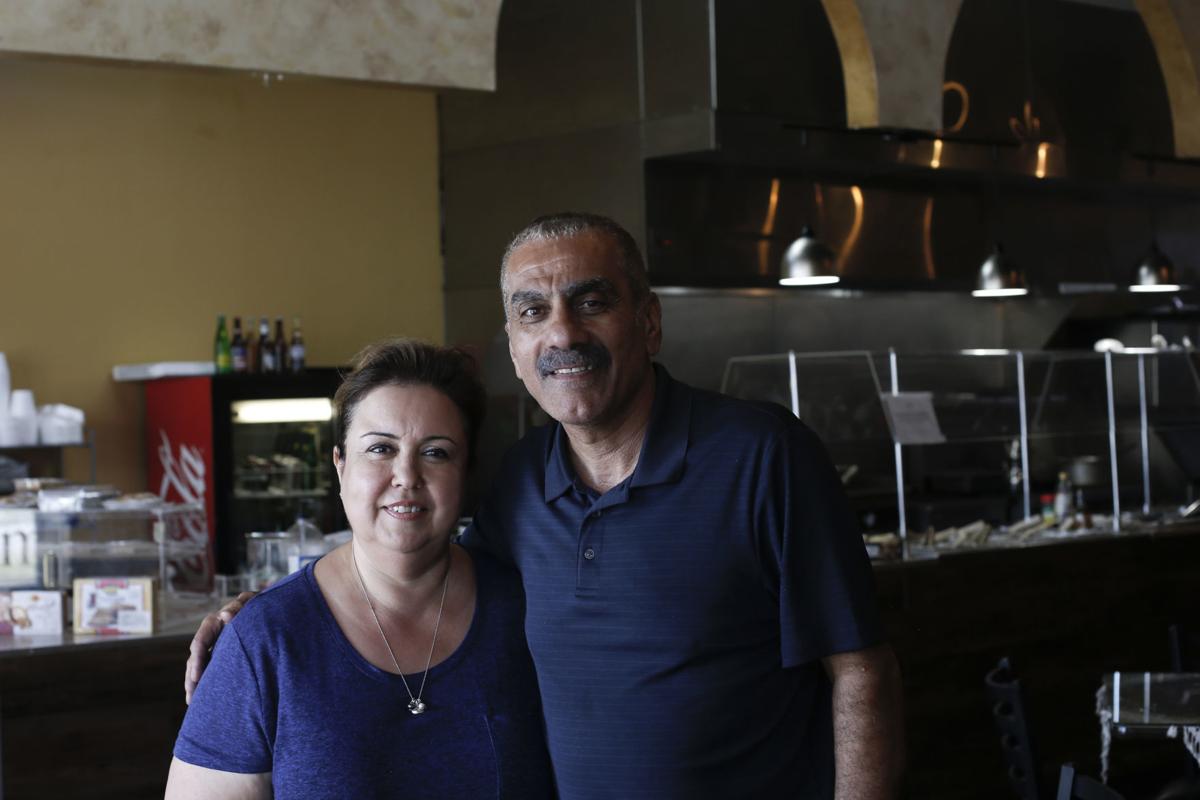 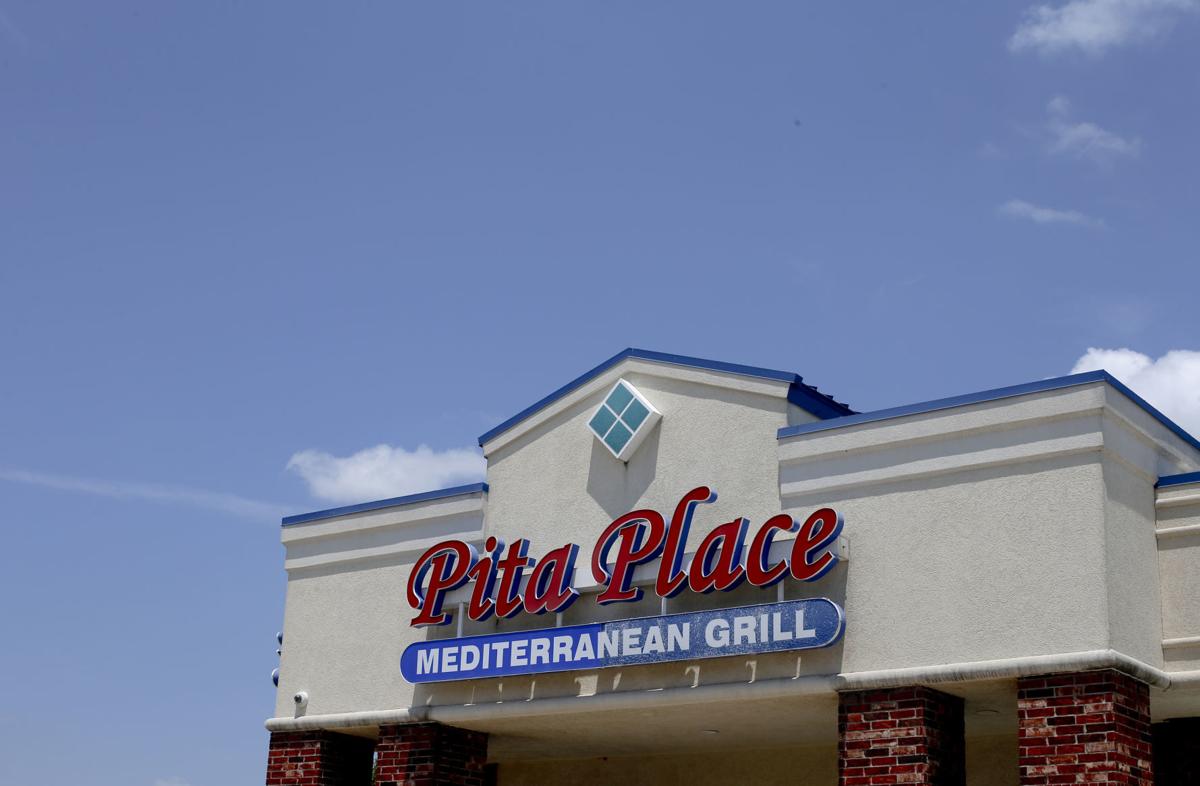 Vegetable stew has split peas, potatoes and apricot with tomato-based sauce. It is destined to be part of a new vegan menu at Pita Place Mediterranean Grill. It is served here with basmati rice and pita bread. MORGAN HORNSBY/Tulsa World

A baba ganoush appetizer is surrounded by sliced eggplant, tomato and pita bread with a garnish of lime. MORGAN HORNSBY/TULSA WORLD

I am fairly certain we never have dined at Pita Place Mediterranean Grill without someone in our party ordering the lamb shank entrée. On a recent visit to check out the new dinner buffet, we still couldn’t resist the lamb shank.

So, one of us ordered the buffet ($12.99) with the intent of trying as many items as possible, and the other got the big, beautiful, tender, flavorful lamb shank ($17).

The lamb shank was simmered in a tomato-based sauce with onions and seasonings and served with moist basmati rice. It also came with a basic Greek salad and choice of one side. We chose dolmeh and added a side of hummus ($3) with pita bread.

The dolmeh, or grape leaves stuffed with basmati rice and seasonings, were tasty little morsels served with tzatziki dipping sauce, and the smooth hummus had a garlicky edge. The pita bread, a little crunchy on the outside and soft inside, was more than an afterthought.

It took a couple of trips to the buffet to sample all I wanted. The aroma that came off the first plate I fixed was wonderful, signaling good things to come.

Chicken legs cooked in a mild curry were a highlight, along with a savory beef stew filled with beans and tender chunks of beef in a dark sauce. Biryani rice with lentils, tomato and seasonings was a nice complement to the meat dishes.

No two taboulis are alike, and the one at Pita Place showed a nice balance of parsley, bulgur, cucumber, tomato and lemon. I also got some slices of gyros meat (lamb/beef) to dip in the tzatziki sauce and a tasty zucchini meat pie for a side dish.

The buffet includes a salad bar with traditional items, such as lettuce, mushrooms, broccoli, cheese, etc. For dessert, I had a piece of light rose cake to top off the evening.

The dinner buffet, served Friday and Saturday, is similar to the lunch buffet but always includes some extra items from the regular menu, such as shrimp kabobs, wild berry chicken or a special stew.

Pita Place has been offering more vegan specials lately, and owners Pary and Fred Zakerion are working on developing a separate vegan menu.

“We have a daughter who went vegan about a year ago, so we are trying out more vegan dishes,” Pary said. “The last Tuesday of every month, we are offering a vegan buffet from 5-8 p.m., and it has been very popular.”

When we came for the photo shoot, Pary prepared a couple of dishes that are destined to be on the vegan menu — an eggplant sandwich on pita and a vegetable stew with split peas, potatoes and apricot in a tomato-based sauce.

Children’s meals include a choice of corn dogs, chicken nuggets, grilled cheese and a junior cheeseburger for $6 each.

Pita Place was opened in 2007, and the lunch buffet was added in 2010. Fred also operates a food truck that spent its first two years at the Tulsa State Fair and has been on the food truck circuit for the past seven years.