Flood Advisory from 11:12PM CDT SAT until 2AM CDT SUN 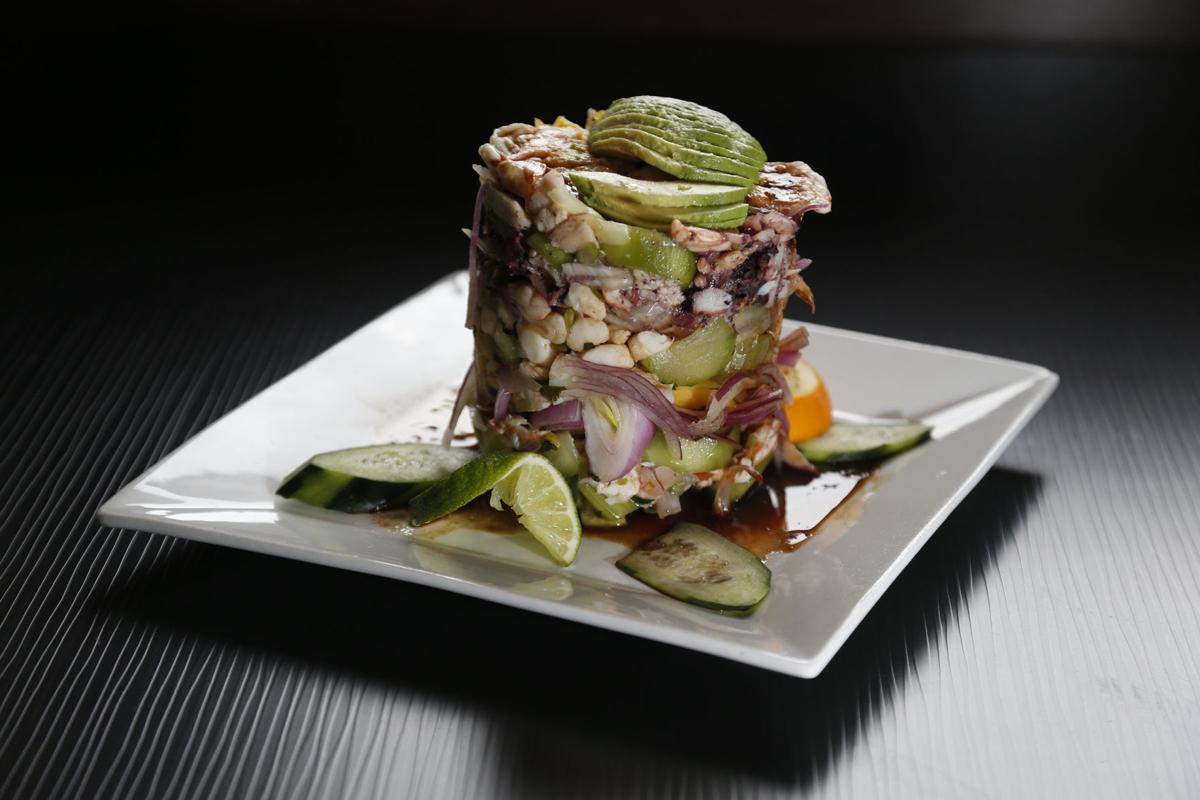 Torre de Mariscos at El Patron Cocina Mexicana is a large, chilled appetizer that features a mix of seafood stacked with cucumbers, onions and avocado slices. 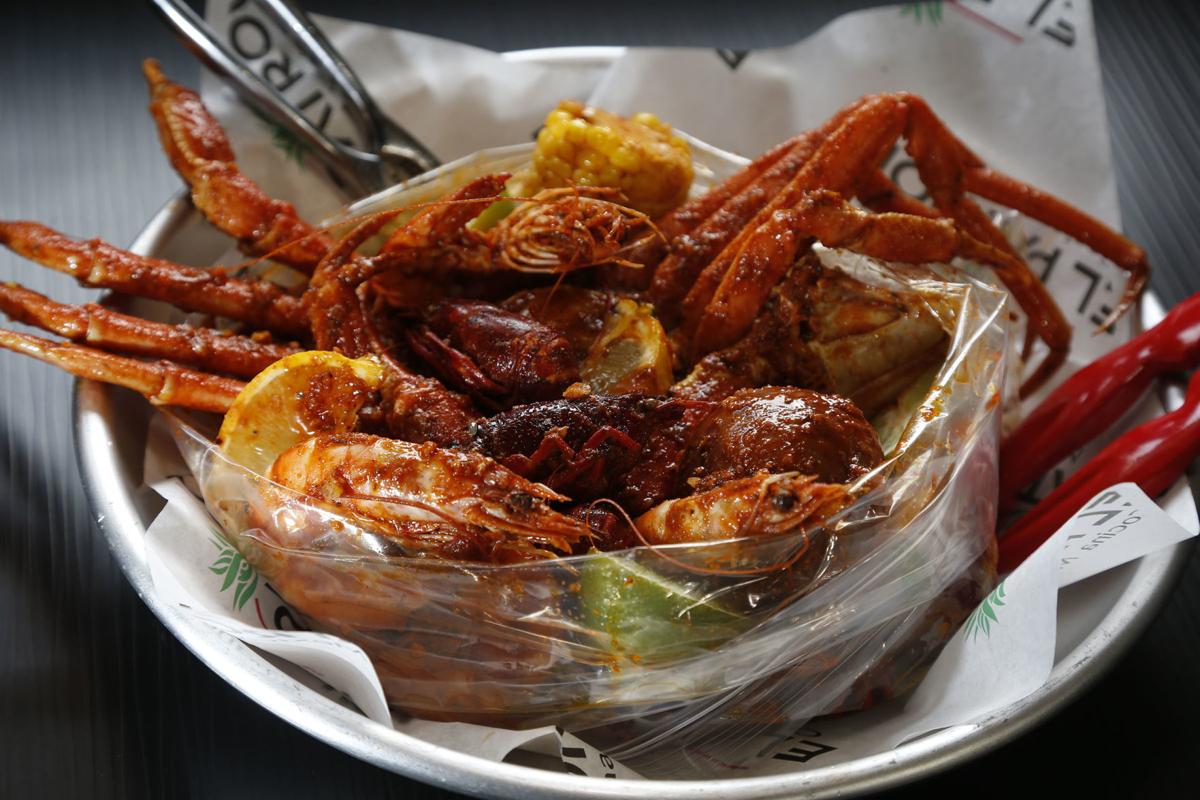 A “boiling” features crawfish, shrimp, snow crab legs or a combination of the three cooked with Cajun spices, tossed with a special sauce and served in a bag at El Patron Cocina Mexicana. 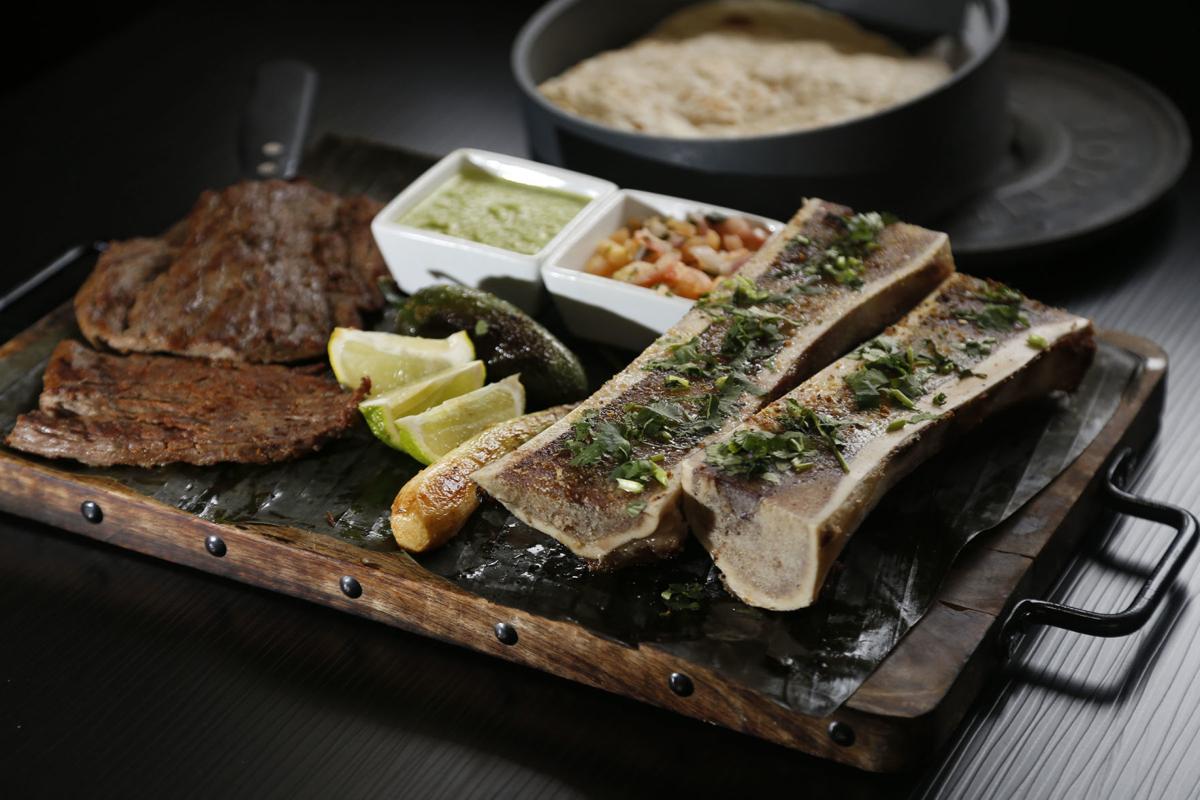 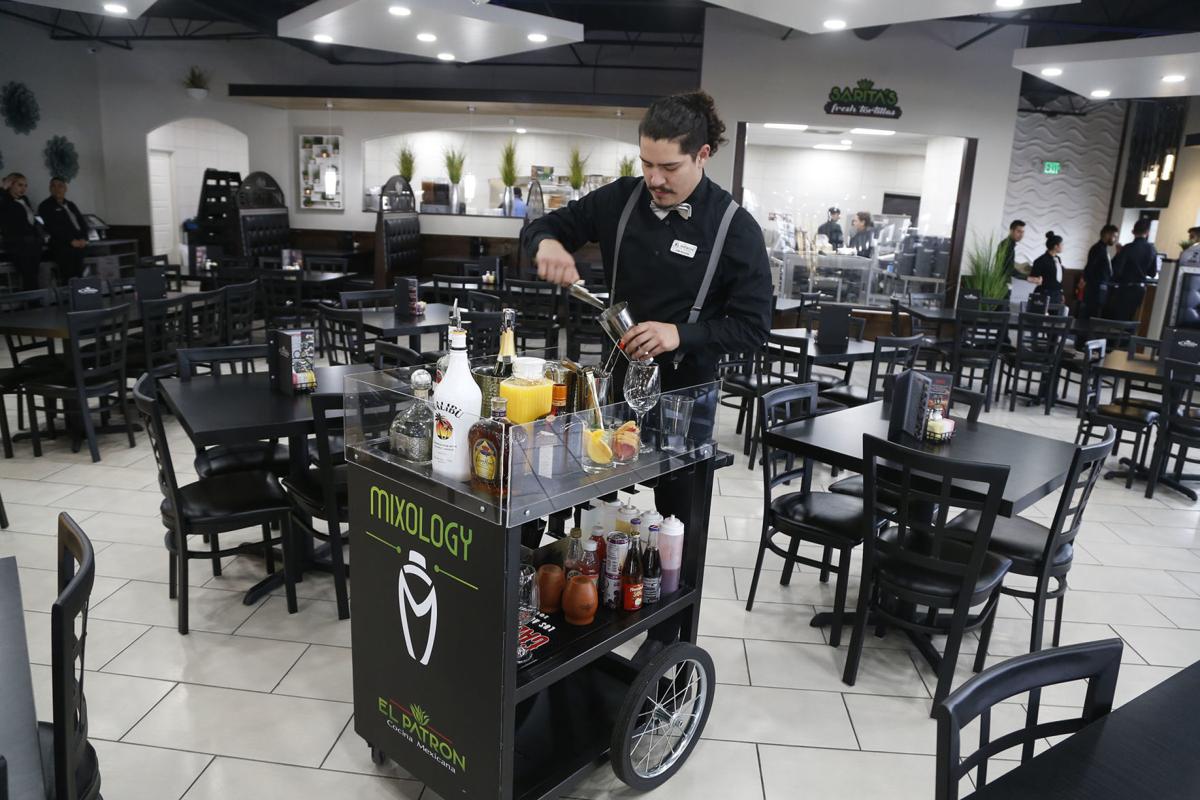 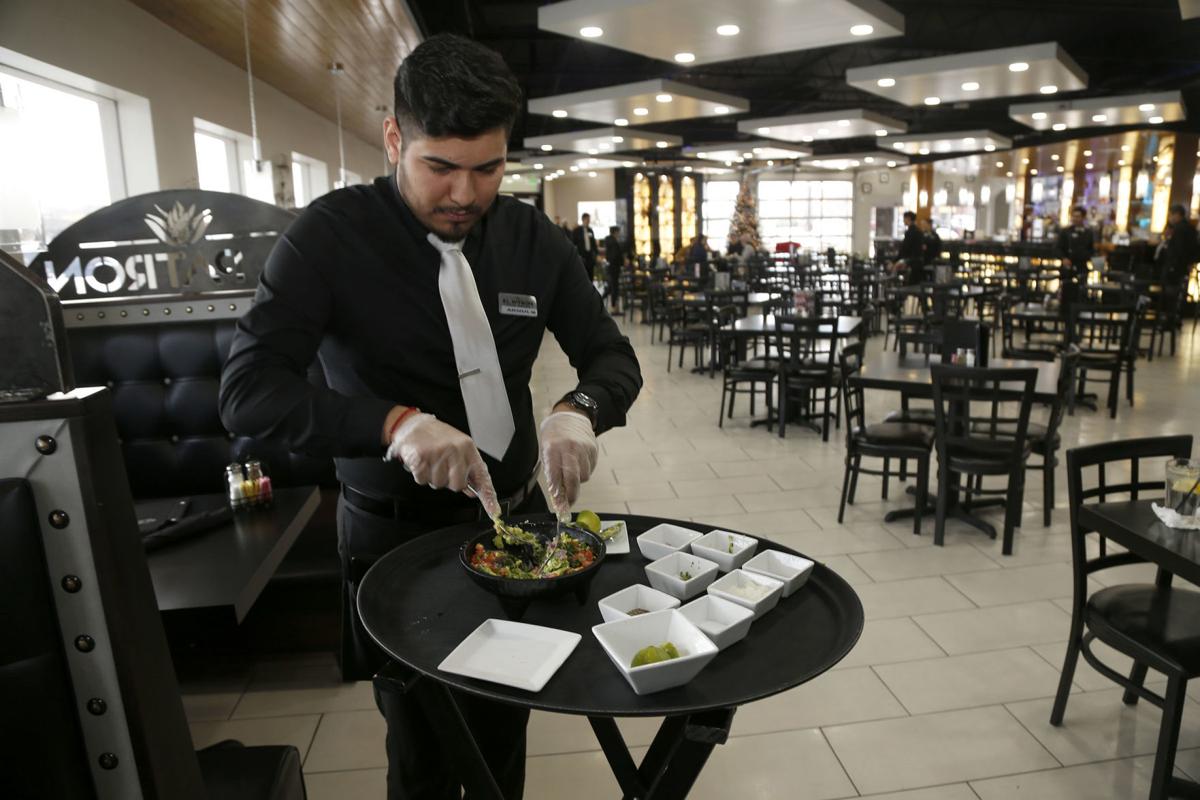 Archibald puts together a tableside guacamole at El Patron Cocina 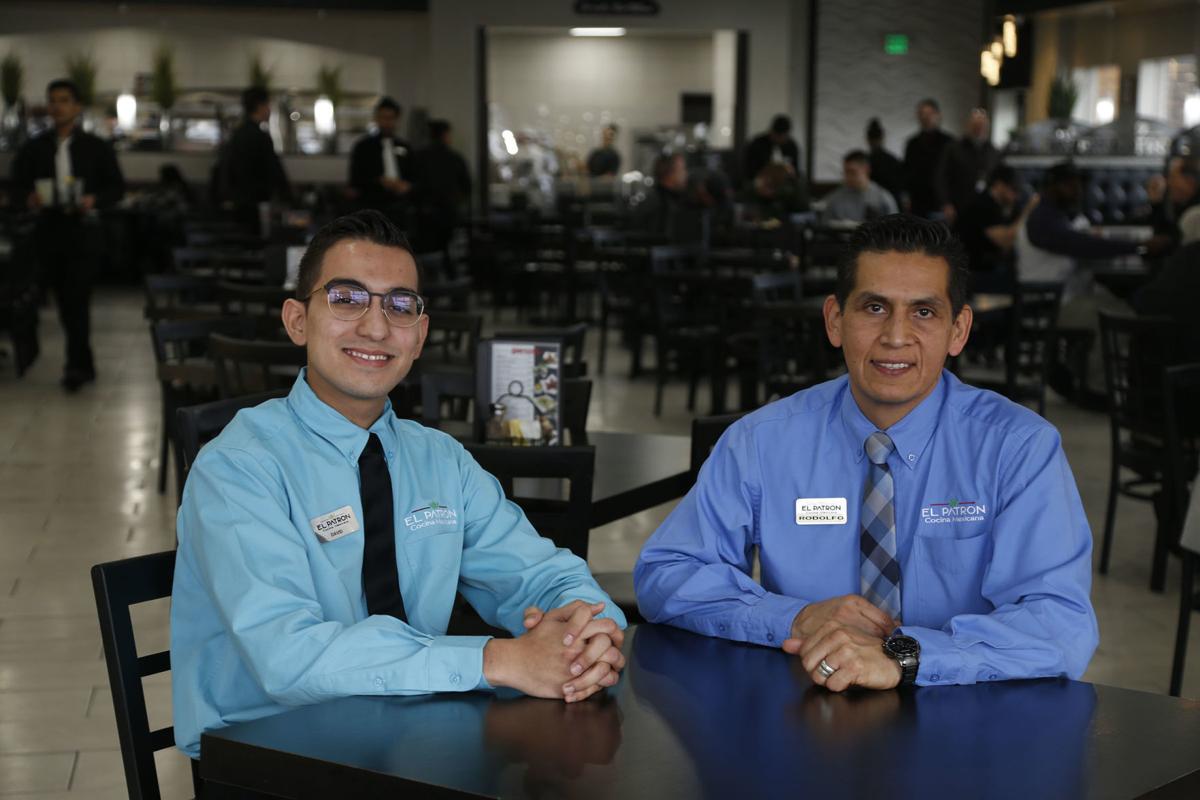 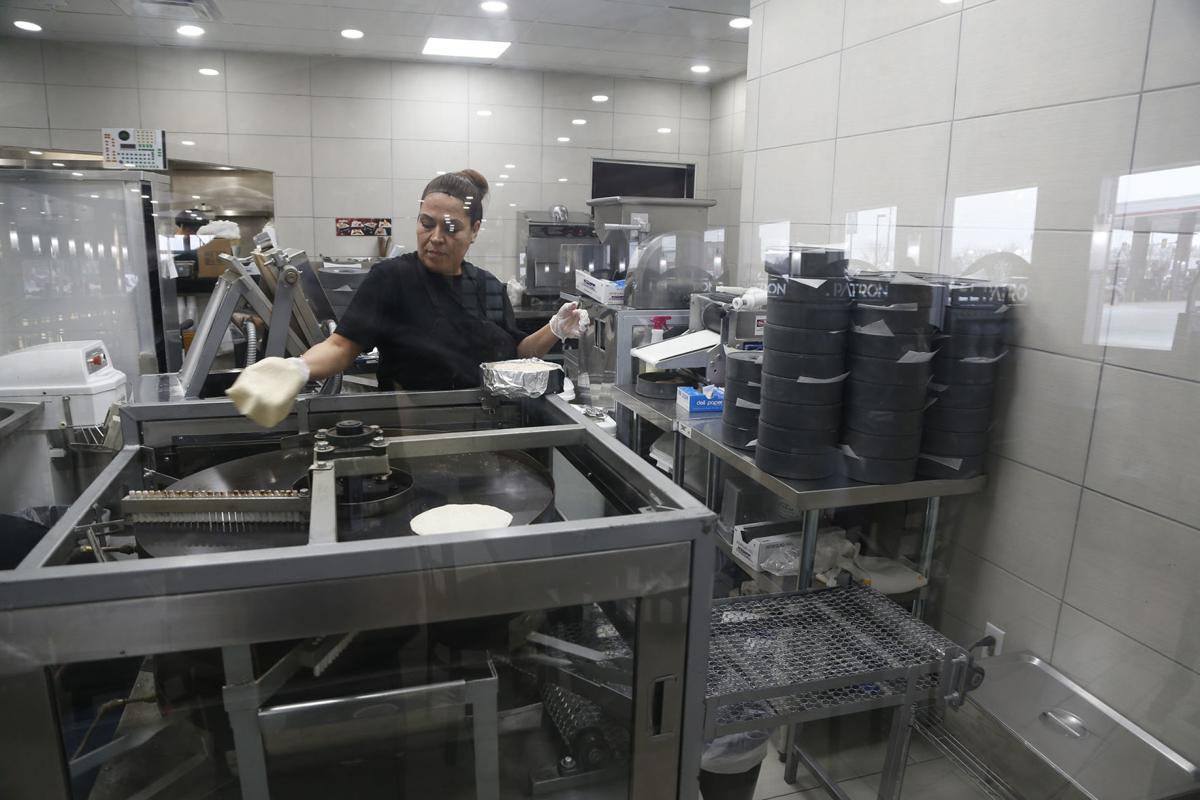 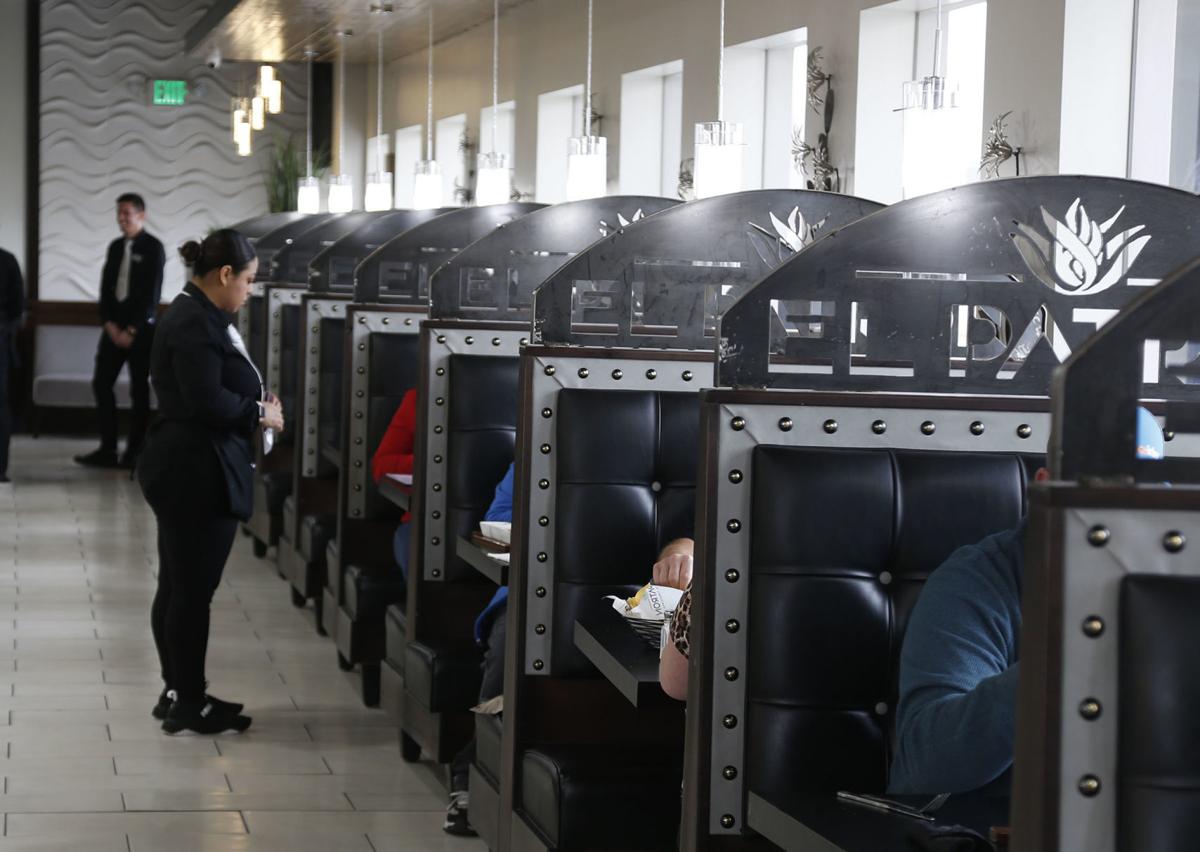 Torre de Mariscos at El Patron Cocina Mexicana is a large, chilled appetizer that features a mix of seafood stacked with cucumbers, onions and avocado slices.

A “boiling” features crawfish, shrimp, snow crab legs or a combination of the three cooked with Cajun spices, tossed with a special sauce and served in a bag at El Patron Cocina Mexicana.

Archibald puts together a tableside guacamole at El Patron Cocina

I defy anyone not familiar with the area to walk into El Patron Cocina Mexicana in east Tulsa and tell me what longtime restaurant formerly occupied the space.

It was Delta Café, but one never would know it. El Patron doesn’t even look like a typical Mexican restaurant. The huge, brightly lit, open main dining area has clean lines and a modern design that could reflect most any type of cuisine.

The corporation that owns the restaurant opened an El Patron with a similar design in Sand Springs a couple of years ago, but we had not yet been to that location.

“We acquired this building last April and opened in late October,” said David Aguilera, one of two general managers. “We changed everything about the building.”

I had done some advance scouting on El Patron and knew I wanted to start off with guacamole prepared tableside. The remainder of the menu was a different story. The other general manager, Rodolfo Saenz, said the restaurant features Tex-Mex items and cuisine that draws its inspiration from central Mexico and both coasts, and the menu is a long one.

I counted some 90 dishes without even going into all of the build-your-own possibilities. We scanned the menu as we shared the complimentary chips and dips. The dips were interesting. They included a standard tomato-based salsa with a touch of cilantro and just a little spiciness, a fruity pineapple verde and a mayo-based dip that was like a thick ranch dressing.

We loved the guacamole ($9.95) prepared by our friendly server, Samantha, but it’s pretty hard to go wrong when one chooses the ingredients and amount of each. We had chopped tomato, diced onion, salt and garlic salt mixed with the avocado, though only a small amount of each.

For our main dishes, we settled on barbacoa Mexicana ($11.95) and boiled shrimp in a bag ($14.95) called a “boiling” on the menu. The barbacoa leaned toward the Yucatan style with slow-cooked, shredded pork in a flavorful sauce that seemed to have multiple seasonings and only a bit of spiciness. Pit-smoked barbacoa can feature other meats. Eventually, it would be called barbecue in Texas.

The dinner included moist rice flecked with green pepper and peas, dark black beans, freshly made flour tortillas, chopped onion and a slice of lime. The black beans, which normally can be rather bland, were spicier than the salsa and barbacoa sauce.

The steaming hot boiling bag was filled with a pound of good-sized whole shrimp, which required a little labor to shell, and Cajun spices. It was ordered mild with a lemon and pepper flavoring. It was quite peppery and something well above mild. We added a corn on the cob (85 cents) and three small potatoes ($1.49) to the mix.

El Patron has full bar service, and guests may order some traditional cocktails made tableside on a rolling cart, much like the guacamole preparation. The main dining room holds more than 200 diners, the patio 80 to 100 and a private room about 80. The private room has a sound system, projector, microphones and podium.

The walls are lined with high-backed leather and wood booths, which are topped with the words “El Patron” cut out of a piece of flat black metal. Large white squares hold ceiling lights throughout the room.

A long bar seats 16, and men enthusiastically were watching two soccer matches on television the night we were there. Diners also have a window view of the tortilla-making machine, which an employee runs almost nonstop most of the day.

Aguilera and Saenz said one reason the owners chose this location was a desire to help promote economic development in east Tulsa.

“People seem to like it,” Aguilera said. “We have been very busy since the day we opened.”