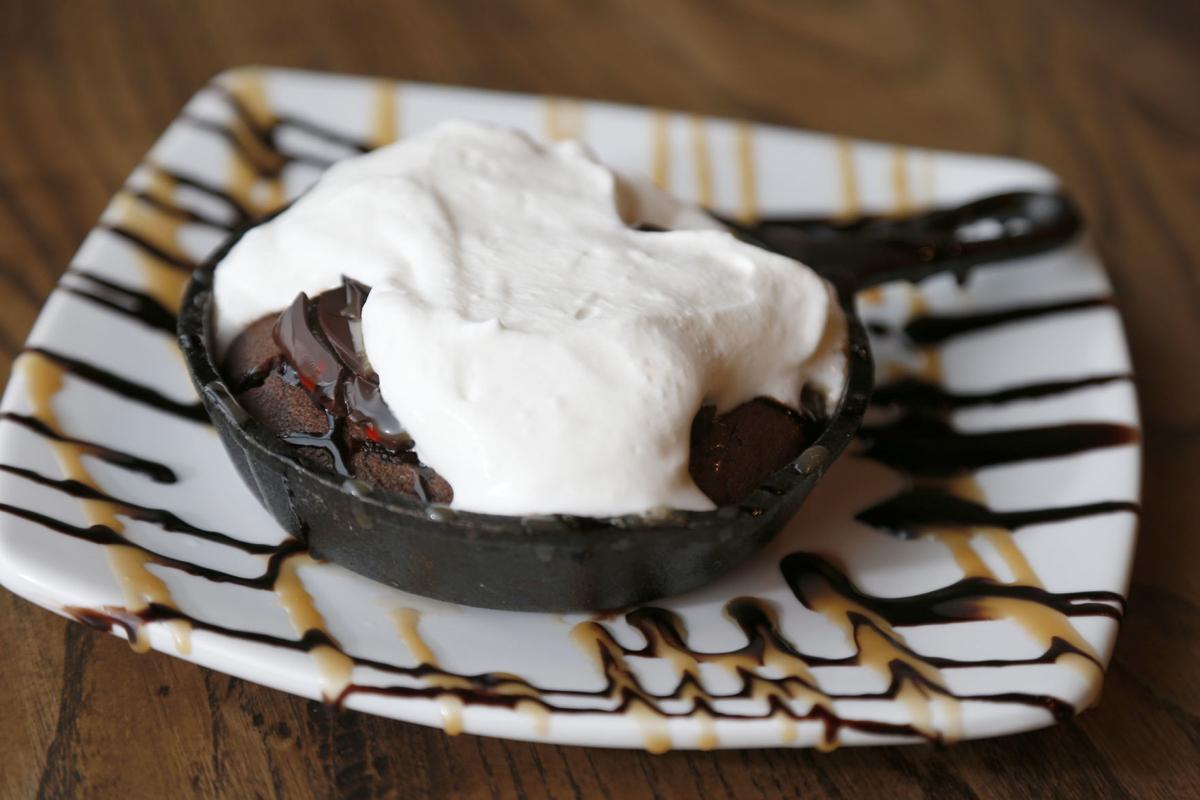 The brown sugar, sea-salted skillet brownie at Glacier Bean to Bar is filled with truffles and topped with house whipped cream. 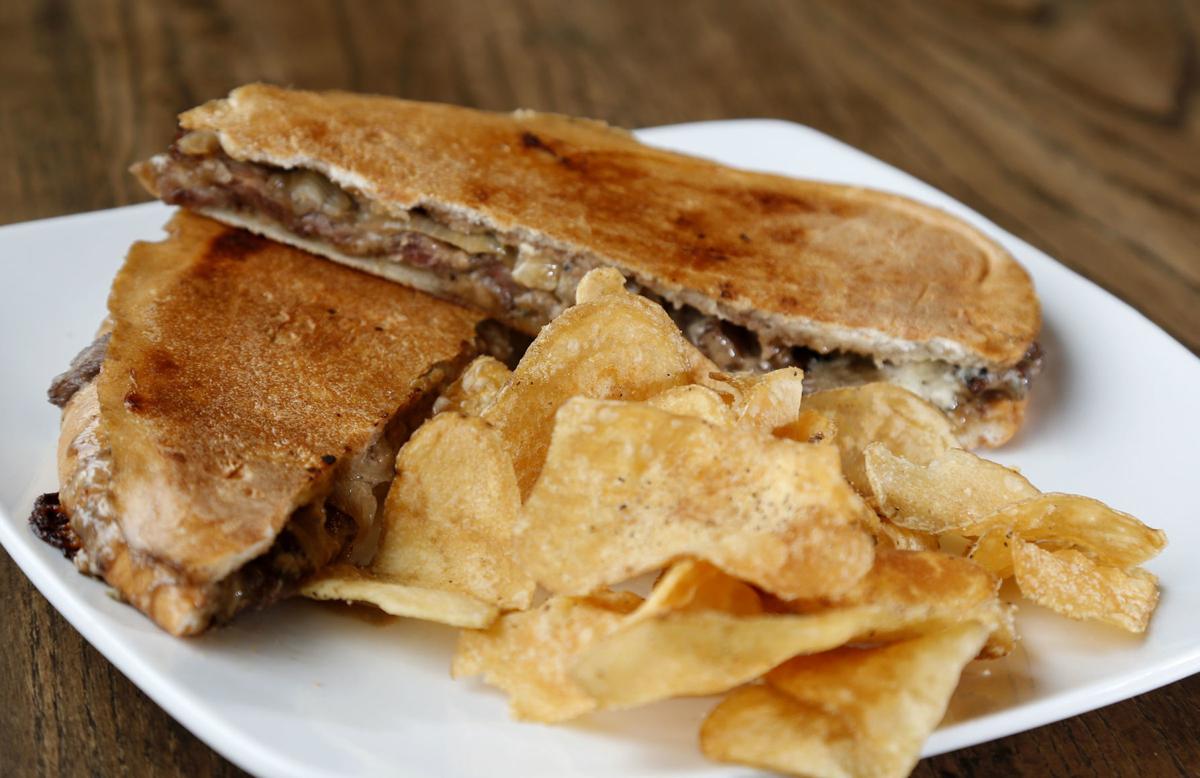 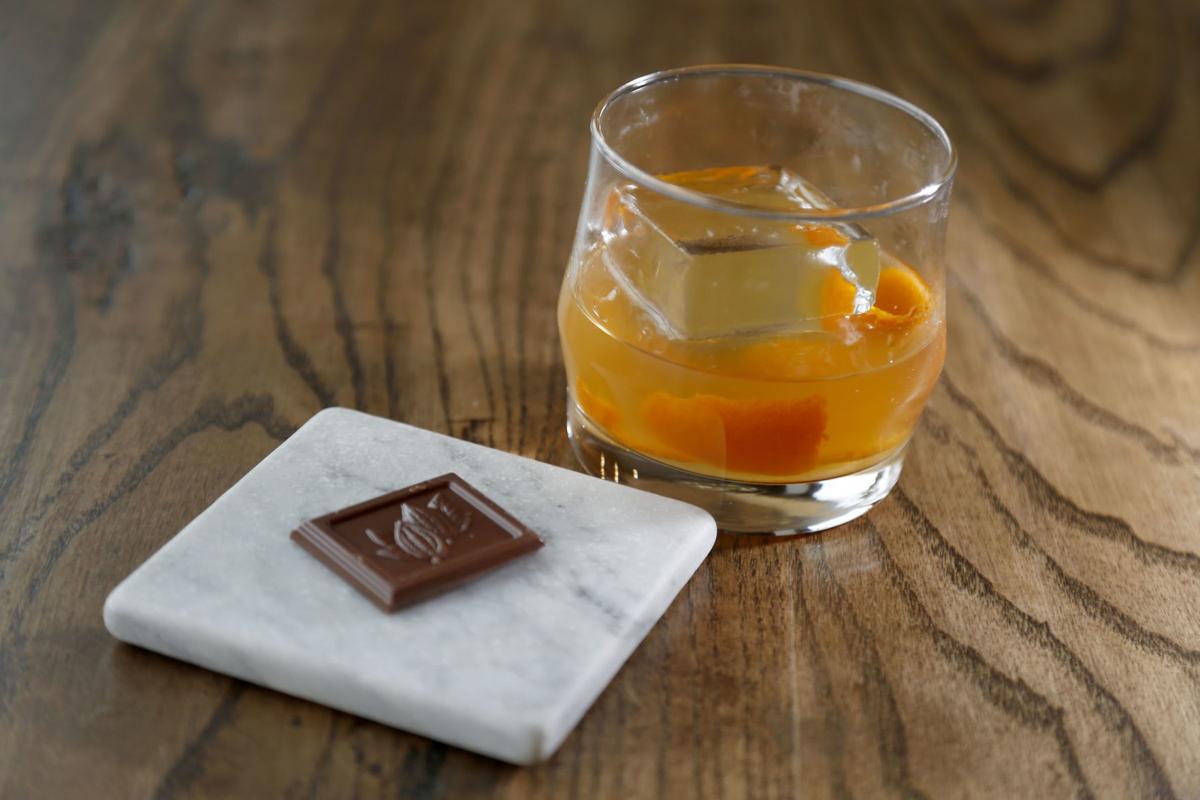 A Chocolate Old Fashioned cocktail is served here with a piece of chocolate at Glacier Bean to Bar. 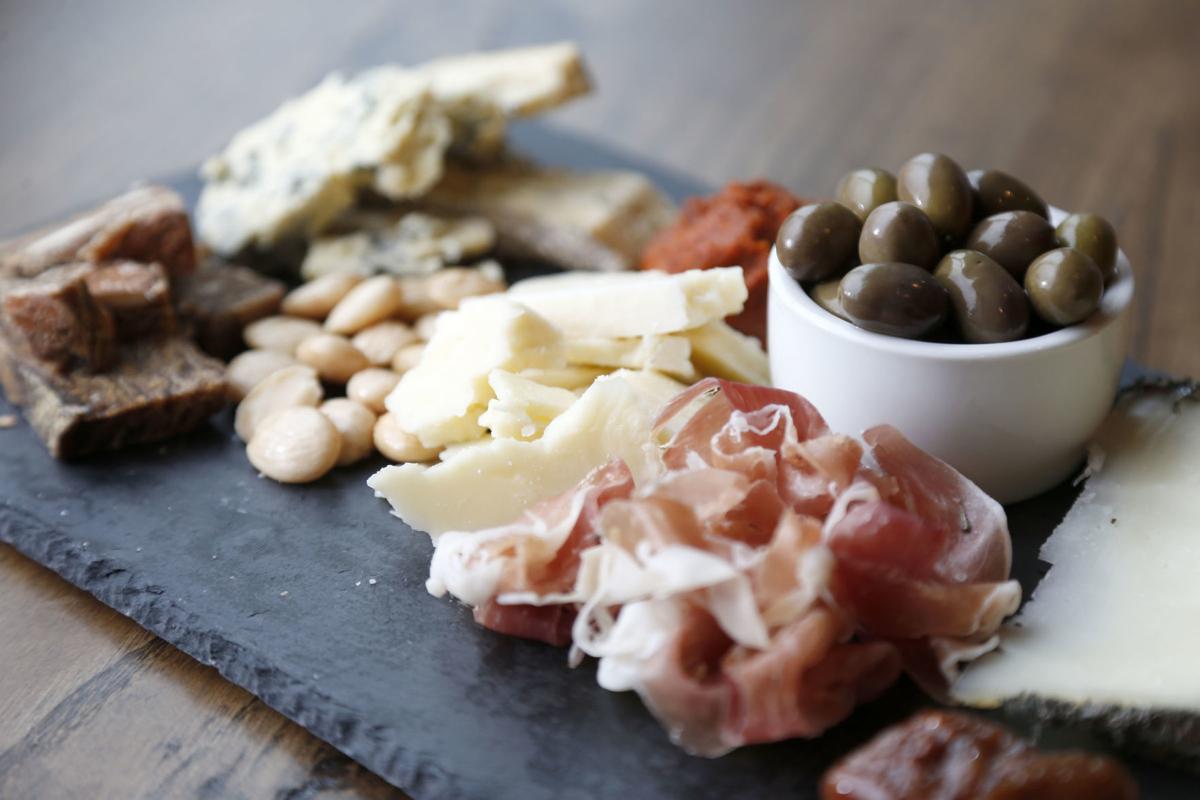 Charcuterie boards at Glacier Bean to Bar have been designed by Amanda Simcoe, aka The Cheese Wench. STEPHEN PINGRY/Tulsa World file 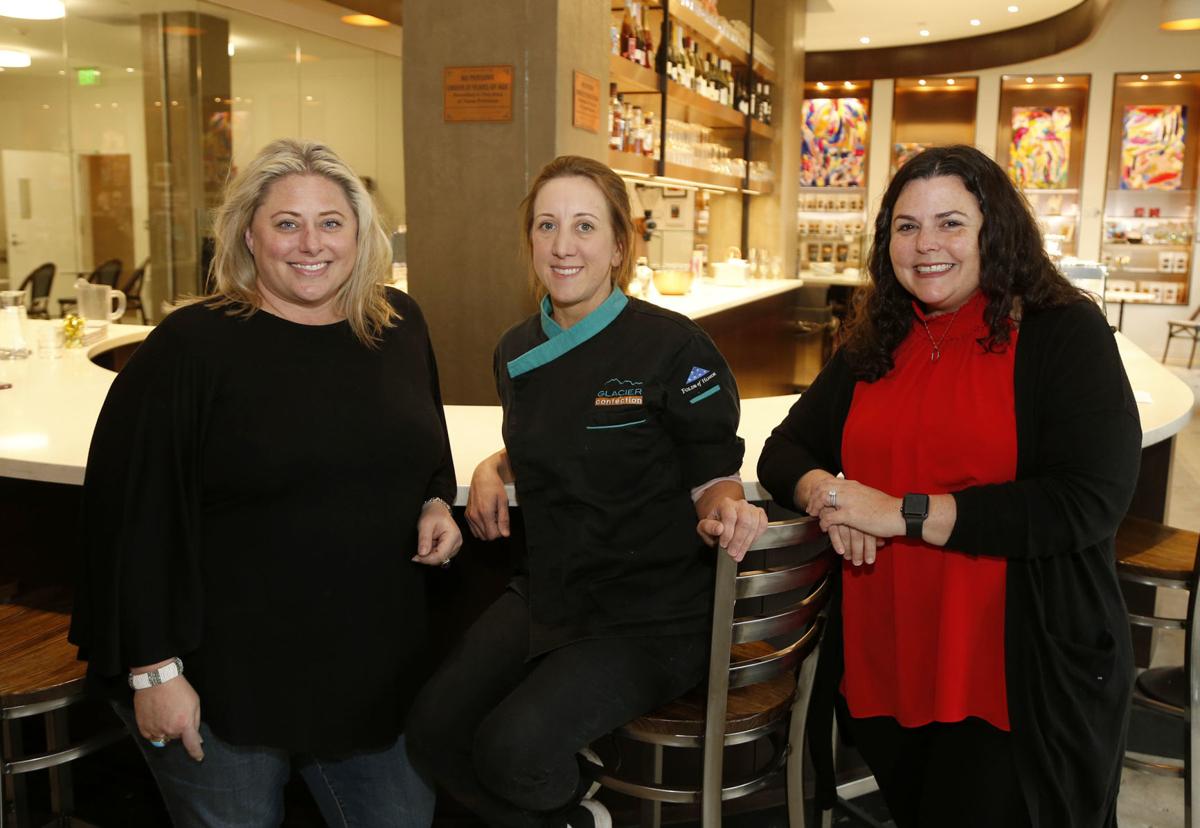 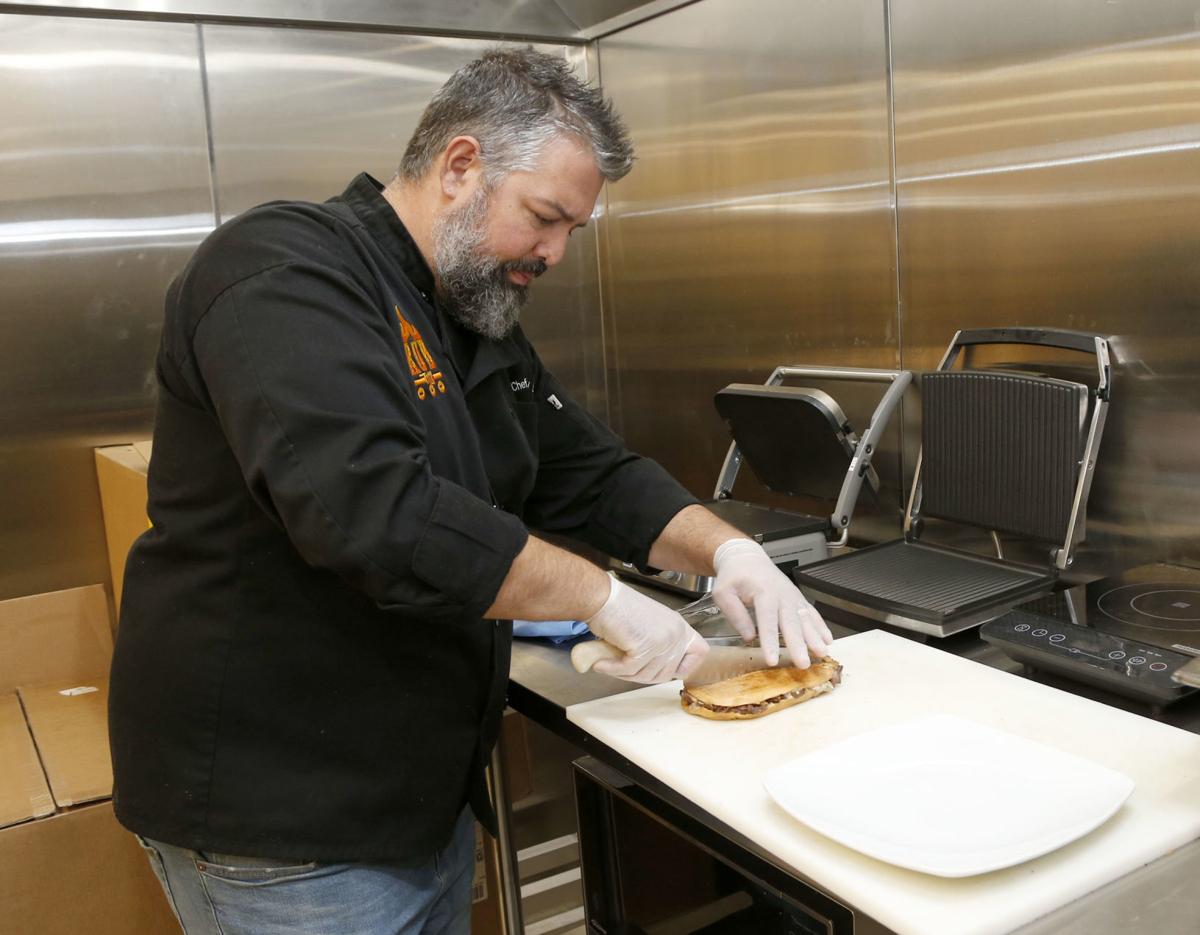 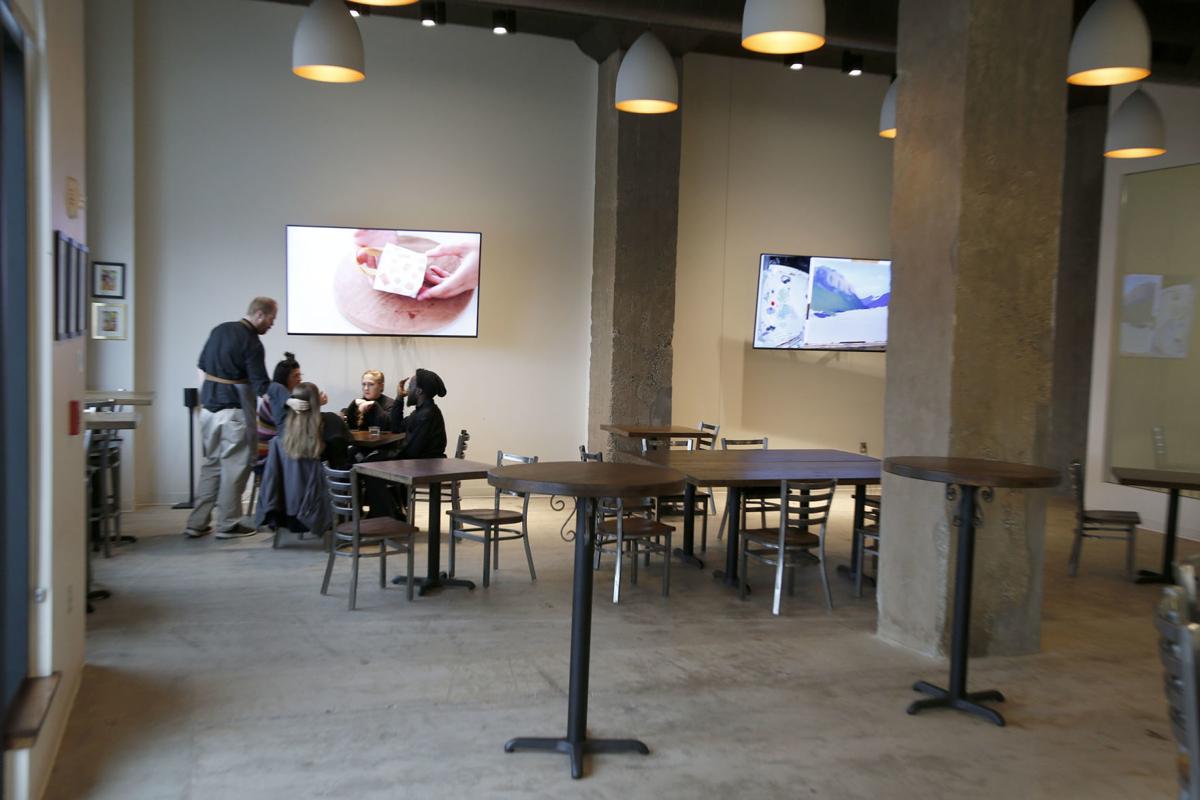 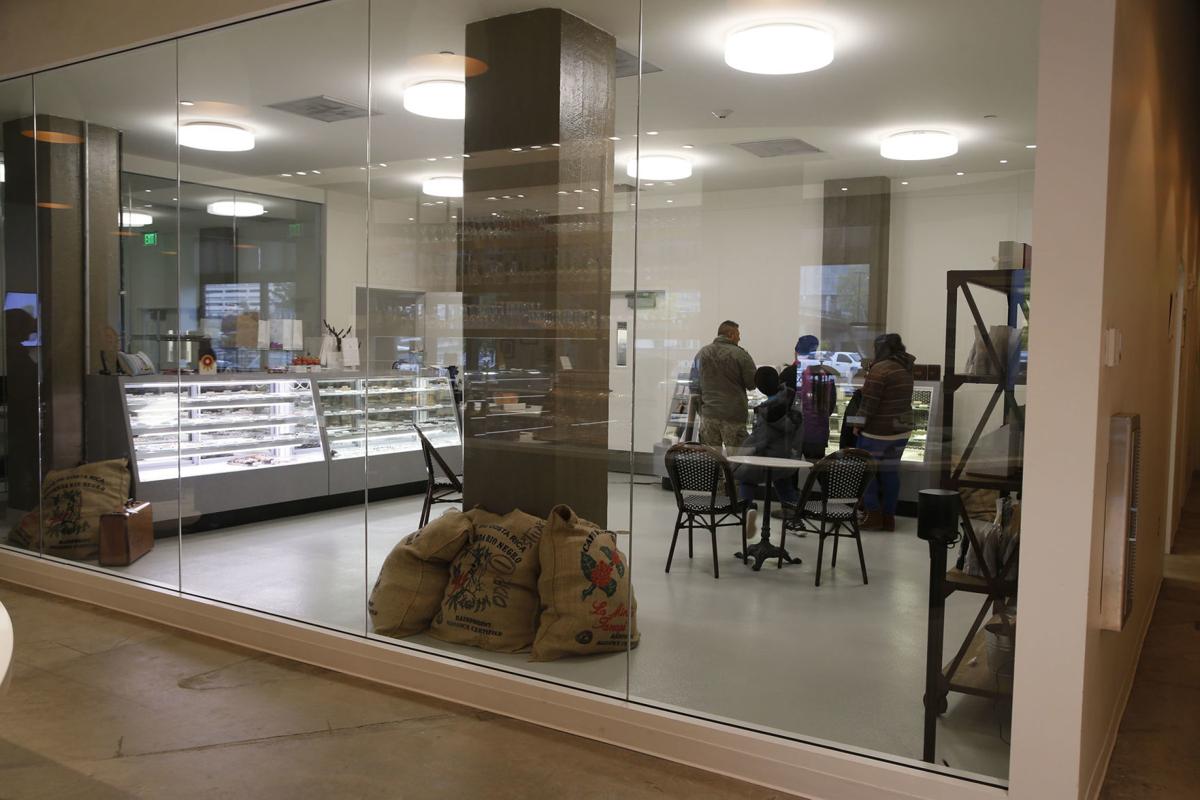 The brown sugar, sea-salted skillet brownie at Glacier Bean to Bar is filled with truffles and topped with house whipped cream.

A Chocolate Old Fashioned cocktail is served here with a piece of chocolate at Glacier Bean to Bar.

Charcuterie boards at Glacier Bean to Bar have been designed by Amanda Simcoe, aka The Cheese Wench. STEPHEN PINGRY/Tulsa World file

Katie Mabrey and Katie Lieberman Hutto embraced the concept of “it takes a village” when they decided to launch a lunch-dinner menu to go with the chocolate and gelato at Glacier Bean to Bar.

Mabrey and Hutto are principals in an ownership group that purchased Glacier Confection last April, which, at the time, had two stores in the Tulsa Arts District, the original store at 15 E. Reconciliation Way and the newer, larger location at 209 E. Archer St.

The Archer Street store had a large bar area for chocolate desserts, gelato and adult beverages next to a small dining area. Behind that was a production area with stainless equipment next to a classroom behind glass walls.

“We kept the classroom area, but we sold the production equipment and used that space for the retail shop, similar to what we had at the original store,” Mabrey said. “That particular production equipment wasn’t being used much, and we found out it had some vent issues that were going to be costly to fix.”

When Mabrey and Hutto decided to add food beyond chocolate is when they created a village.

They hired Leslie Davis, who most recently worked at Southern Hills Country Club, as pastry chef. She was trained in chocolate making by Glacier founder Bill Copeland, and the daily desserts are hers.

They partnered with Joel Bein, owner of Oklahoma Rub food truck and known for his smoked meats and inventive dishes, to develop a line of sandwiches, all prepared on a panini press except for one.

Amanda Simcoe, aka The Cheese Wench, was called upon to create monthly cheese and charcuterie boards.

“We wanted to reach out to the best people we could find to make this happen,” Mabrey said.

But wait; there’s more. We learned on a recent visit that our bartender-server Alex Morehead came up with the hummus recipe.

“Everyone around here has a passion for food, and everyone contributes,” he said.

We learned that when we inquired about the hummus ($8) during a lunch visit. The hummus had a little something extra that complemented the typical, earthy garbanzo bean flavor. It turned out to be finely chopped cucumber dill. I don’t normally like hummus messed with too much, but this was a good touch.

For our main dishes, we had two sandwiches, the CAP and the Cuban ($12 each). All of the sandwiches except the chicken salad are served between slices of flat telera rolls from Pancho Anaya Bakery.

The CAP included shredded smoked chicken, avocado spread and provolone. The provolone melted into the mixture, and a little jalapeno was mixed into the avocado to give it some zing.

We added a side salad ($3) with mixed greens, pickled onions and sunflower seeds with a creamy buttermilk ranch dressing.

We capped things off with a fabulous bread pudding ($6) that was bready and crispy on top with a layer of custard underneath and an out-of-this-world chocolate triple sec sauce.

Glacier serves a piece of chocolate with most wines and cocktails. We were given pieces of a grassy white chocolate that had an almost cheese-like quality and went terrific with a semi-dry white wine.

In addition to the bar, Glacier also has a full line of espresso and specialty coffee drinks.

A group was celebrating a baby shower and took up much of the dining space when we were there, and that’s how we wound up at the bar and met Morehead. A couple of high-tops next to the front window also were inviting.

Walls currently are decorated with colorful, whimsical artistic creations by Emily Webb in various media. All of the artwork is for sale.

It typically is on the cool side at Glacier to keep the chocolates in top form, so a jacket or sweater on a particularly cold night might be a good idea.