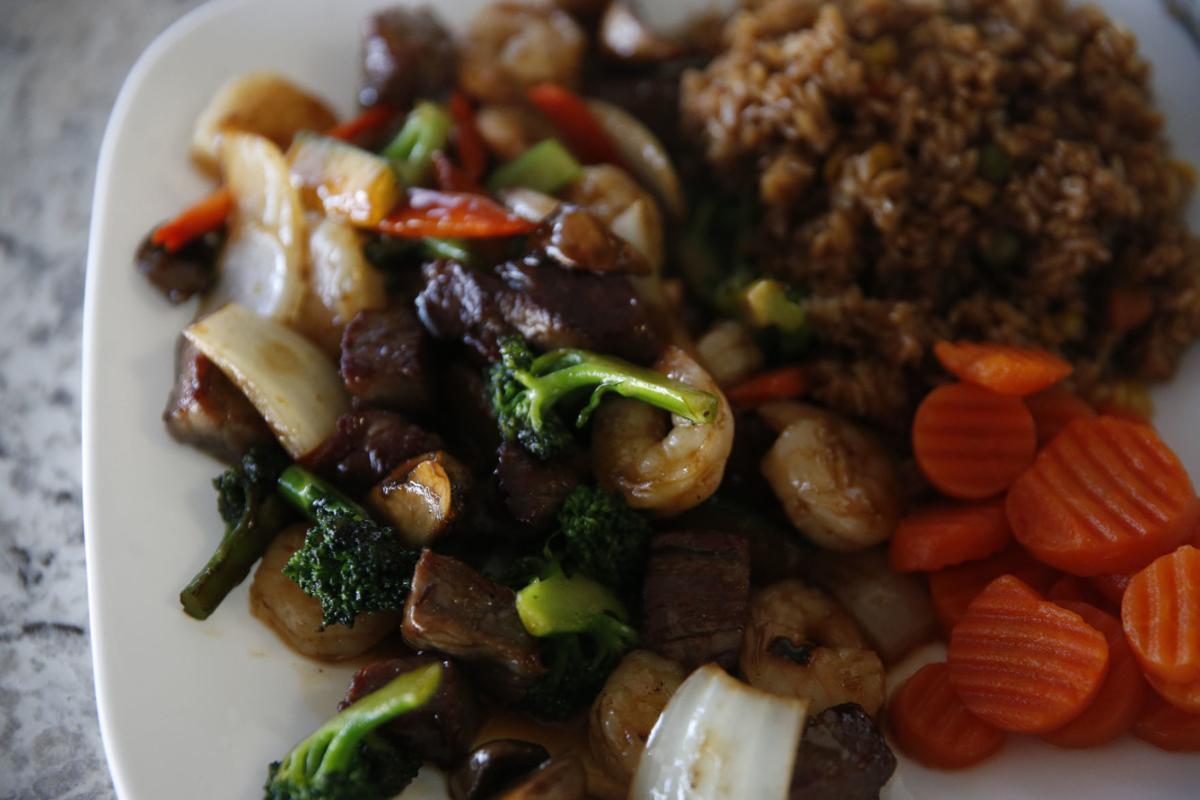 Steak and shrimp hibachi is cooked with broccoli, mushrooms, carrots, zucchini and onions and is served with sliced sweet carrots and fried rice. IAN MAULE/Tulsa World 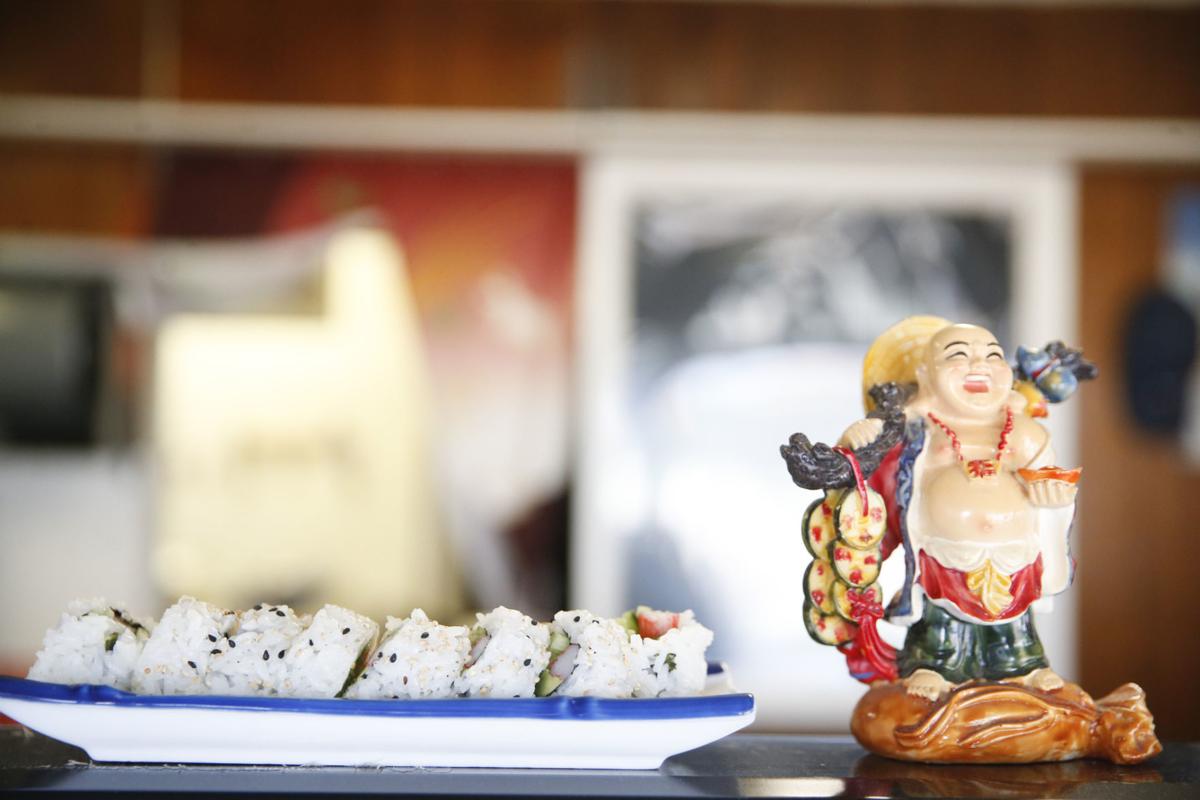 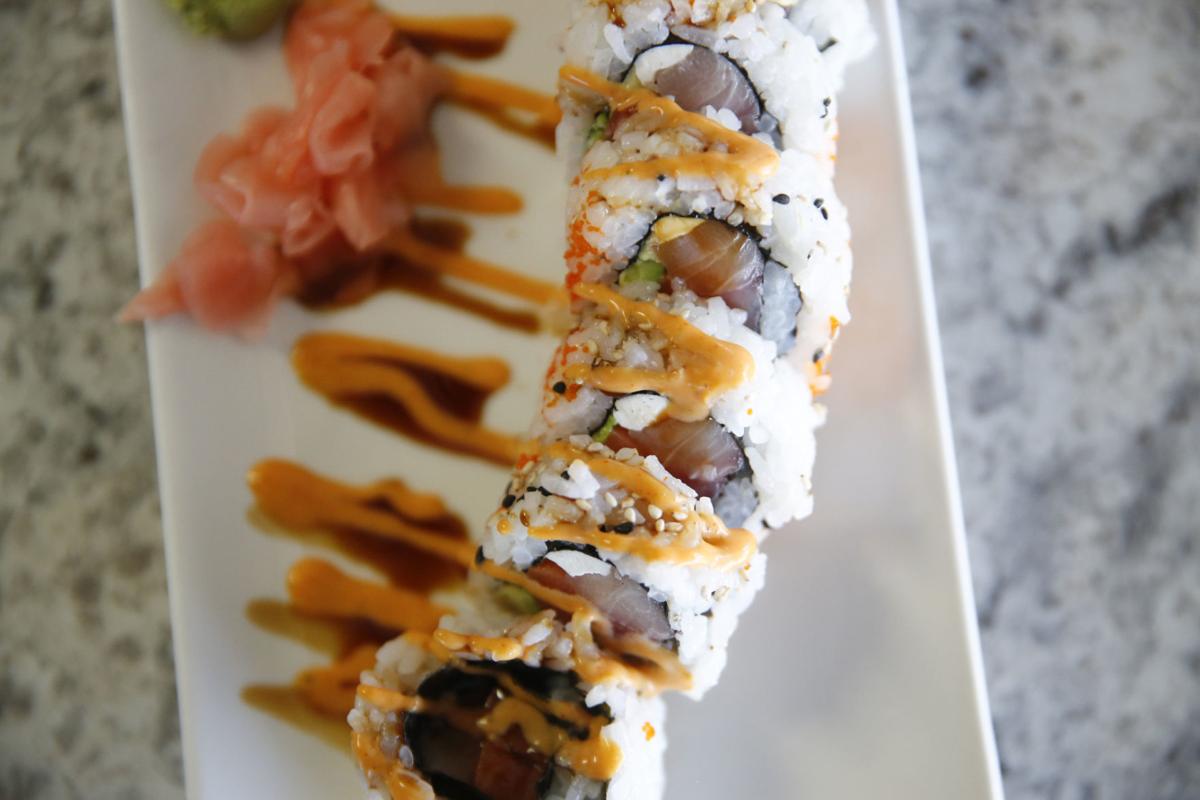 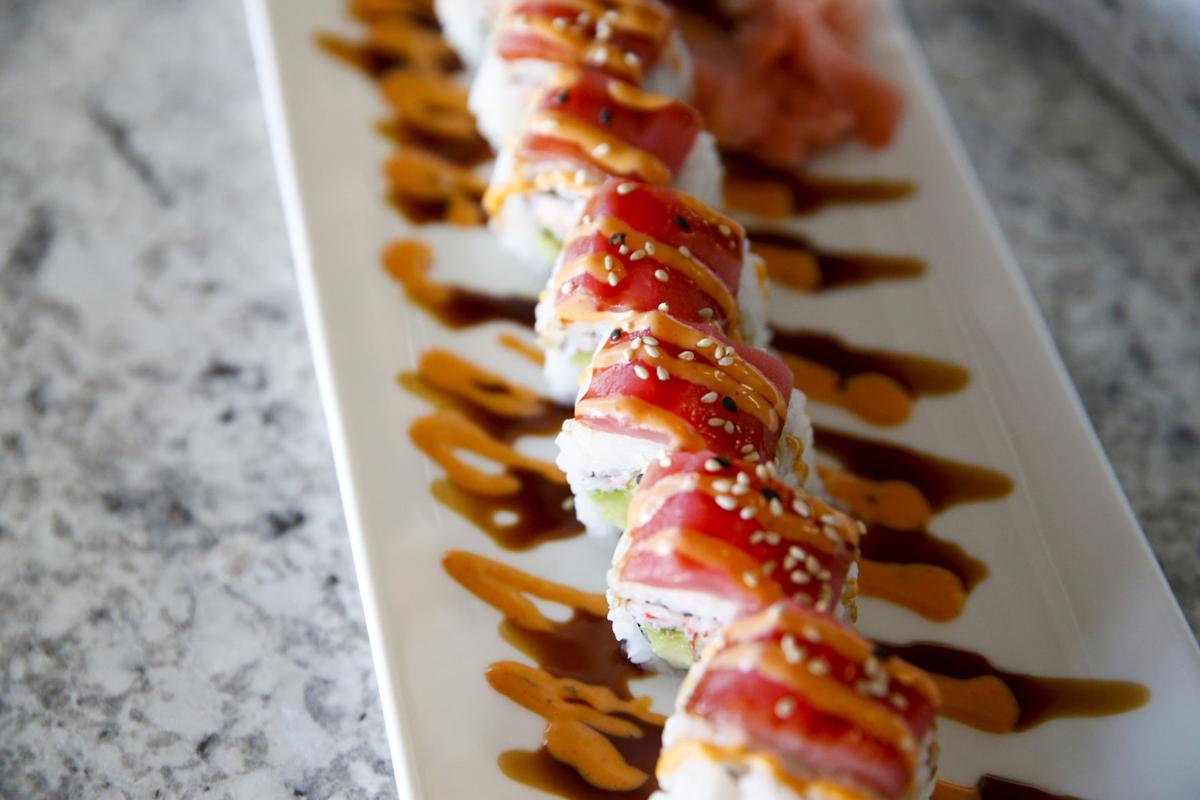 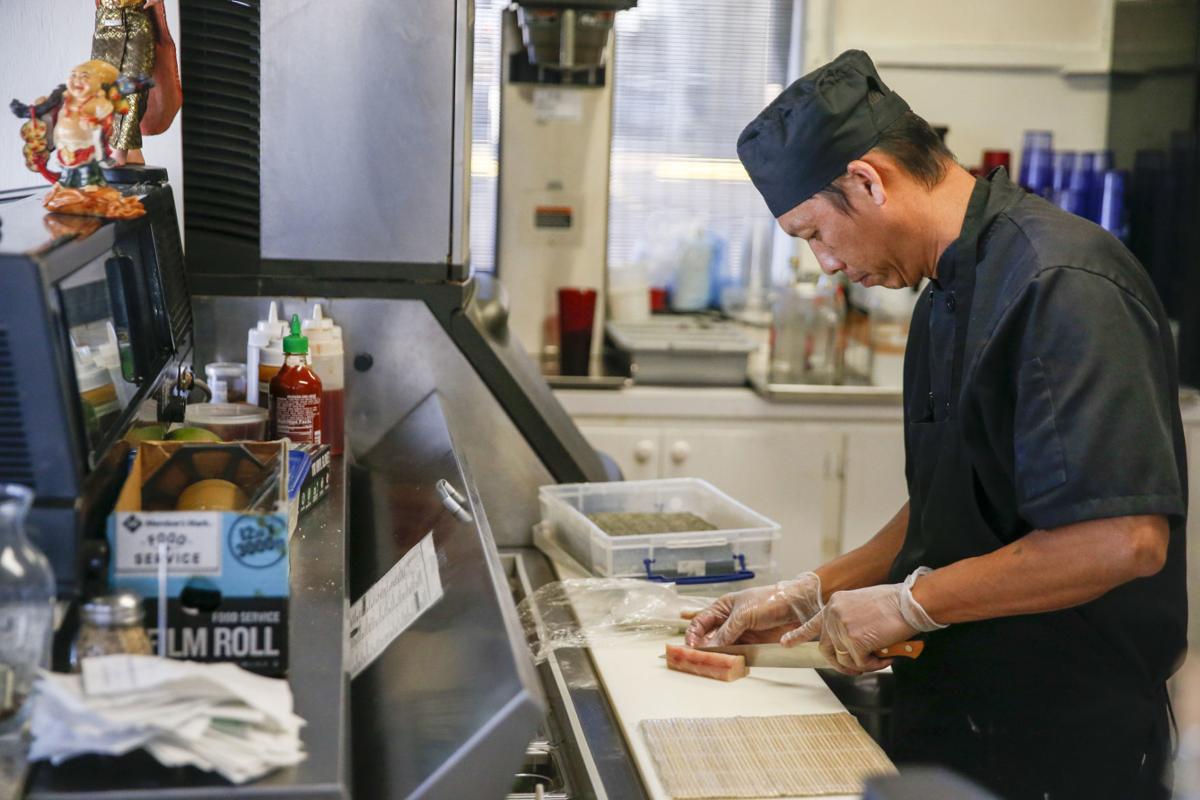 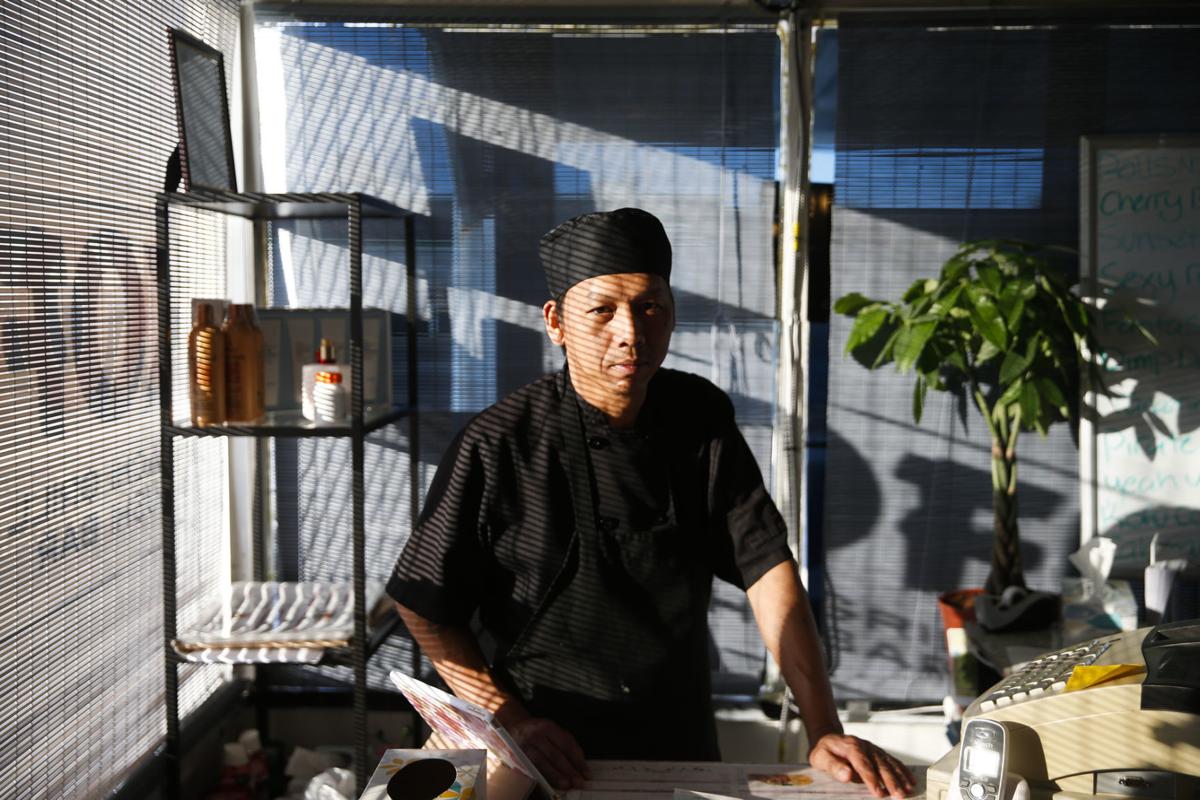 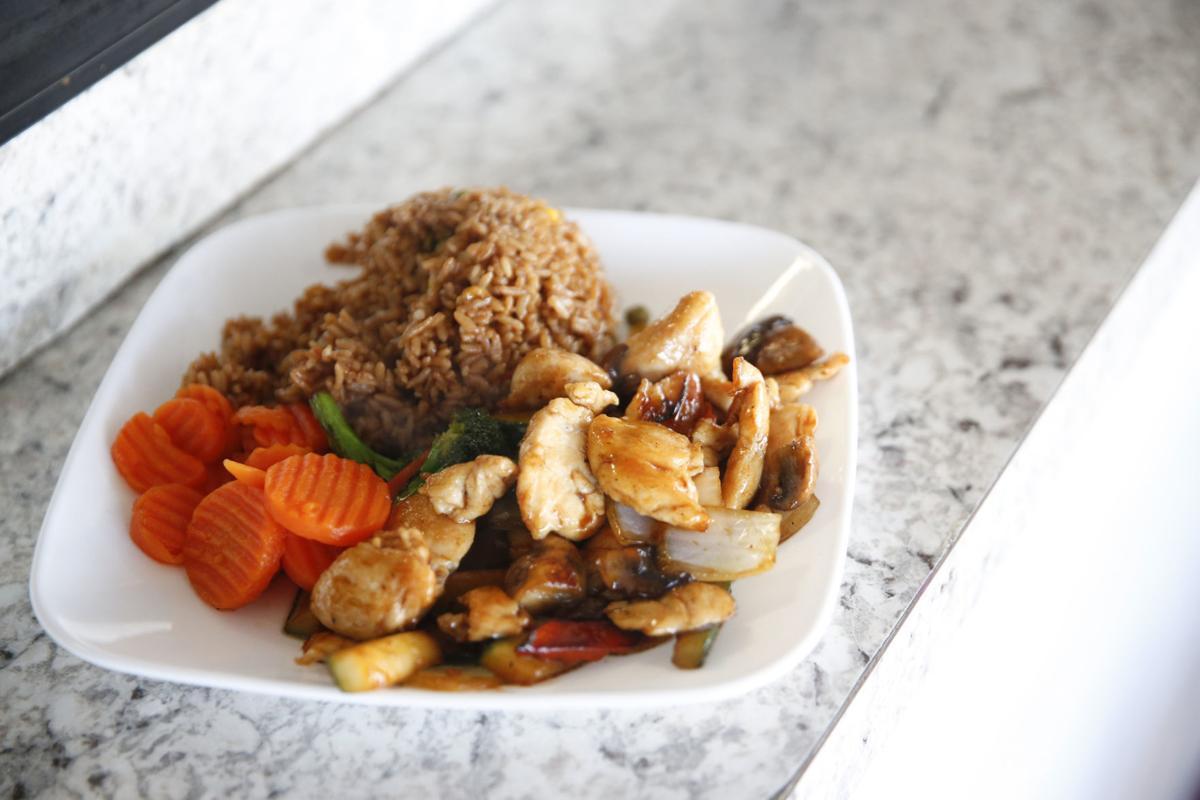 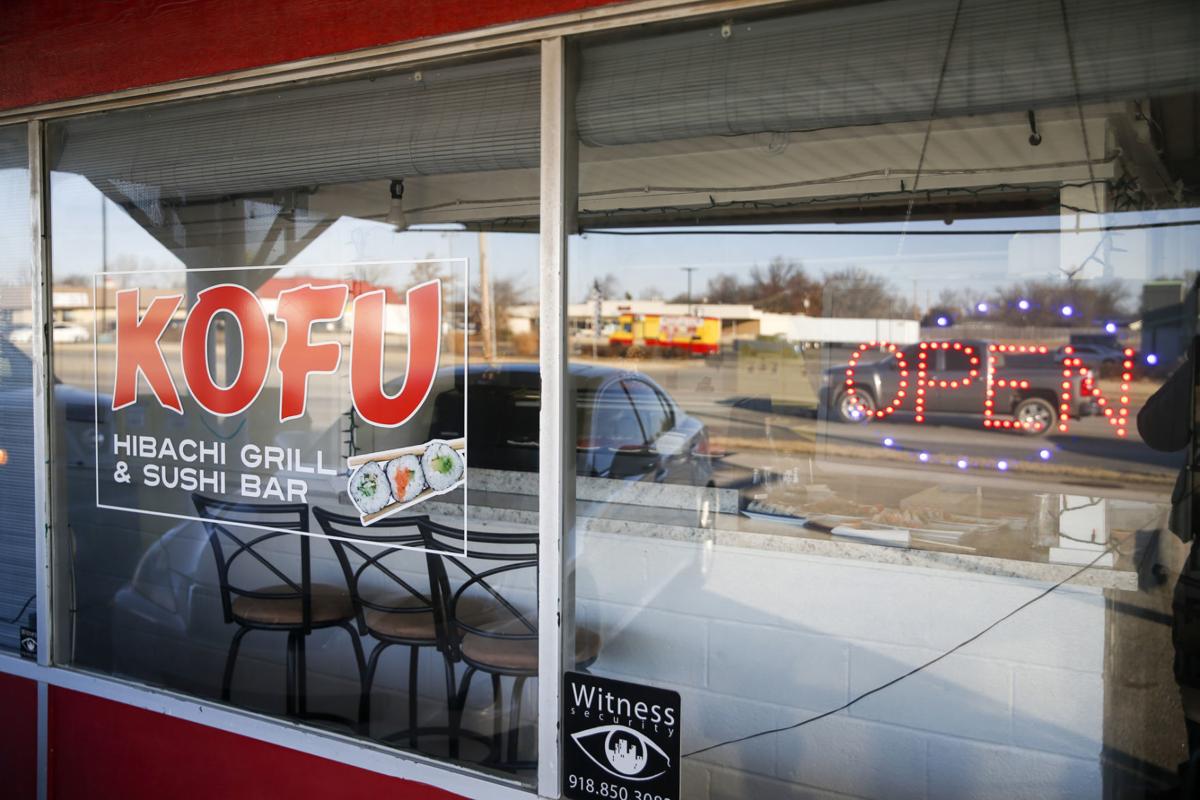 Steak and shrimp hibachi is cooked with broccoli, mushrooms, carrots, zucchini and onions and is served with sliced sweet carrots and fried rice. IAN MAULE/Tulsa World

Since immigrating to the United States from Laos some 20 years ago, Her Vue had worked and cooked in restaurants in California and North Carolina.

At his last stop, he spent a year and a half in a Japanese restaurant as a hibachi cook and sushi chef.

“After many years of working in the restaurant industry for someone else, I wanted to make my dream of owning my own business a reality,” Vue said. “That’s how I ended up here in Oklahoma.”

Vue and his wife, Keina, opened Kofu Hibachi Grill & Sushi Bar about a month ago in Broken Arrow, near the intersection of Elm Place (161st East Avenue) and Kenosha Street (71st Street).

Vue said one of the reasons they chose the Tulsa area was based on advice of an uncle, Fue Vue, who opened Bamboo Thai Bistro in Tulsa in 2010 near 51st Street and Yale Avenue.

“Our restaurant is more Japanese style,” Her Vue said. “I have much experience making sushi.”

We found the food at Kofu warm and comforting on a recent cold night.

We shared a couple of fried egg rolls ($2.50) filled with a noticeable amount of ground pork and mixed veggies. They came with the standard sweet-and-sour sauce.

From a long list of sushi, nigiri and sashimi, we also shared a lobster roll ($14.95) before tackling our entrees. The roll had a generous 10 pieces filled with cream cheese, avocado and lobster, then topped with sweet eel sauce, spicy mayo and sesame seeds.

The entrée choices include teriyaki dishes, hibachi dishes, soba dishes and combinations. We chose a hibachi combo of steak and scallops ($12.25) and the soba Four Seasons ($17.99). These were a bit on the higher end, price-wise. More than 20 selections range from $4.25 to $9.25.

The steak and scallops included plenty of beef chunks and probably four medium scallops that had been cut in half. Some pieces of beef were very tender, some a little chewy. The scallops were cooked through and had a nice flavor.

The beef and scallops were cooked in a brown sauce with broccoli, mushrooms and zucchini and served with a side of sliced sweet carrots and brown rice dotted with carrots, corn and peas.

The soba Four Seasons was one large platter filled with chicken, steak, medium shrimp and scallops cooked in a brown sauce with thick soba noodles, broccoli florets, sliced mushrooms, carrots, zucchini and onions. It was a filling and flavorful dish.

“I make the hibachi sauce myself,” Vue said. “No one makes it like I do.”

A menu for ages 12 and younger includes a choice of tofu, chicken, steak or shrimp teriyaki dinners with broccoli for $3.25 to $4.50.

Beverages include a selection of soft drinks, teas and Thai iced coffee.

Kofu is a true family operation. Son Anthony Vue, 19, is an hibachi cook; daughter April, 15, handles the cash register when not in school, and daughter Angeline, 8, is waiting in the wings for her turn to work in the restaurant.

The Vue family is among a growing population of Hmong people in the Tulsa area.

The Hmong, an ancient ethnic group with its own culture and language that lives primarily in the mountainous regions of southern China and the Laos highlands, were recruited by the CIA to form a secret army during the Vietnam War era.

Following the U.S. withdrawal from Vietnam in 1975, those Hmong men became targets of persecutions from those countries under communist rule. Many still seek a safe place to live.