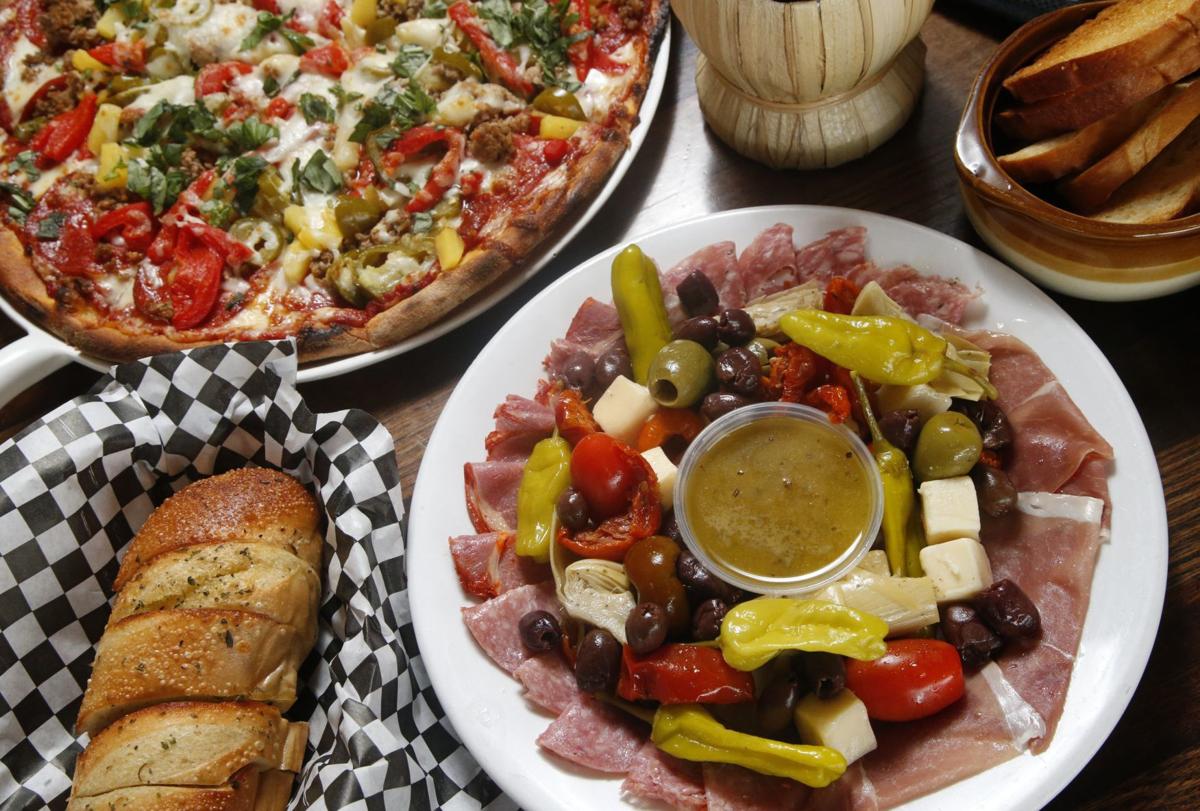 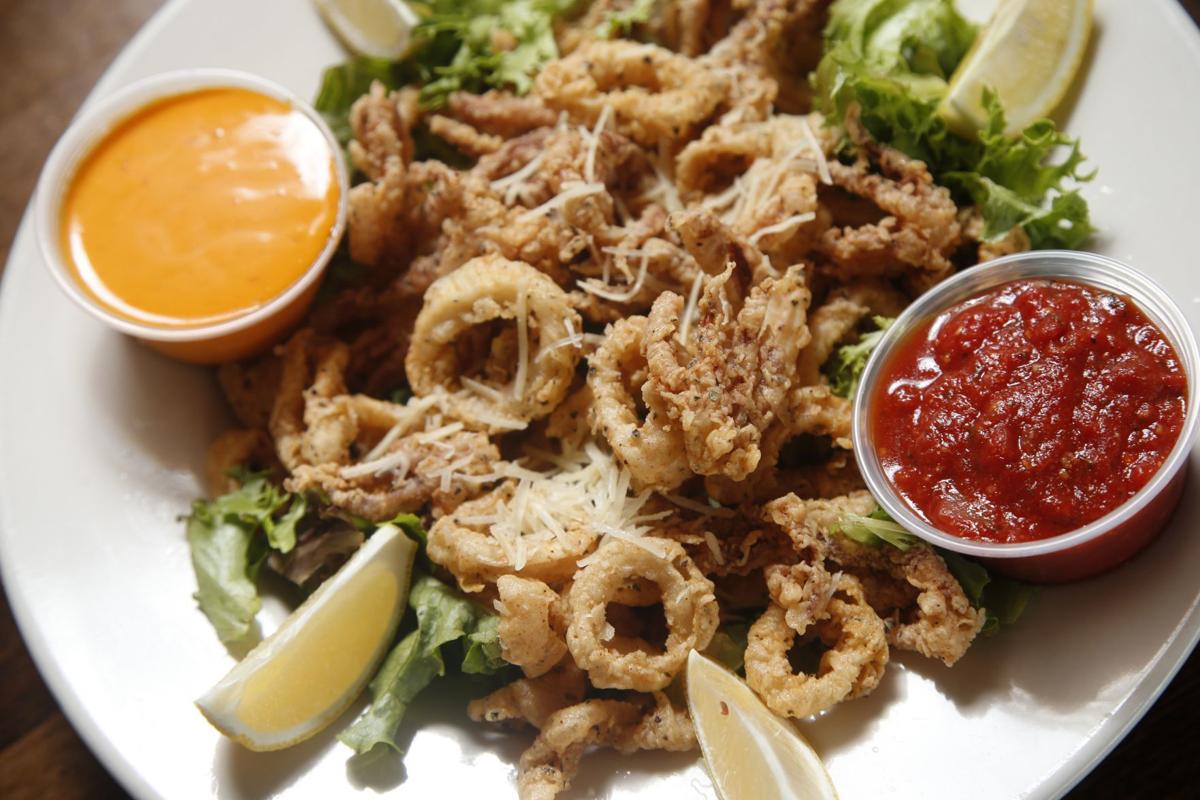 Calamari, lightly dusted in Italian seasonings and deep-fried, is among the appetizer choices at Mondo’s. MATT BARNARD/Tulsa World 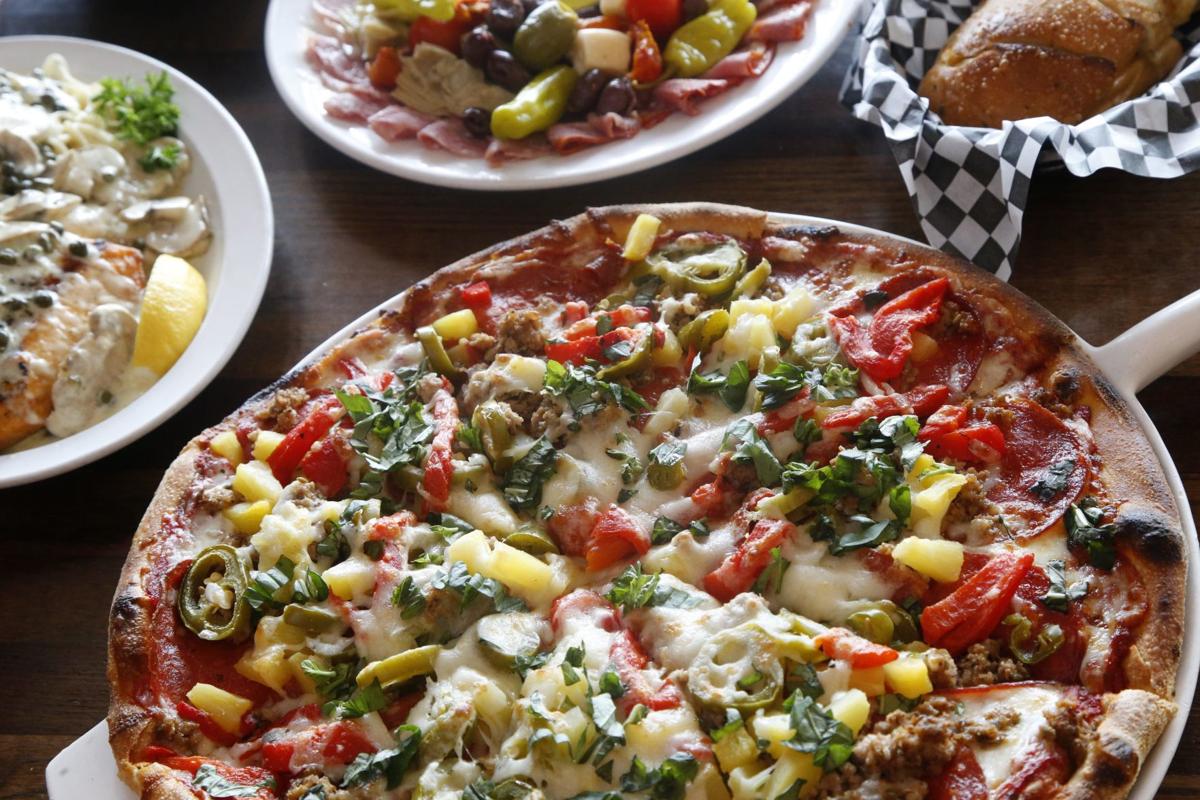 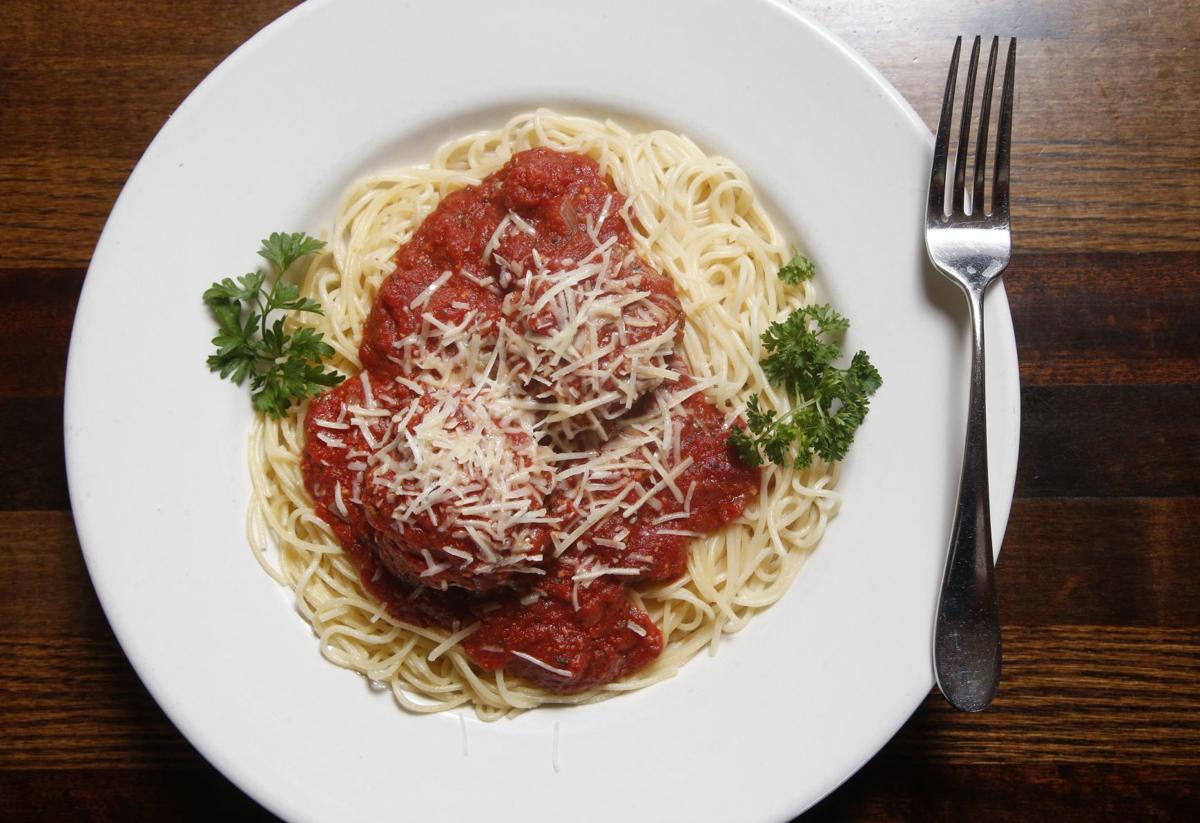 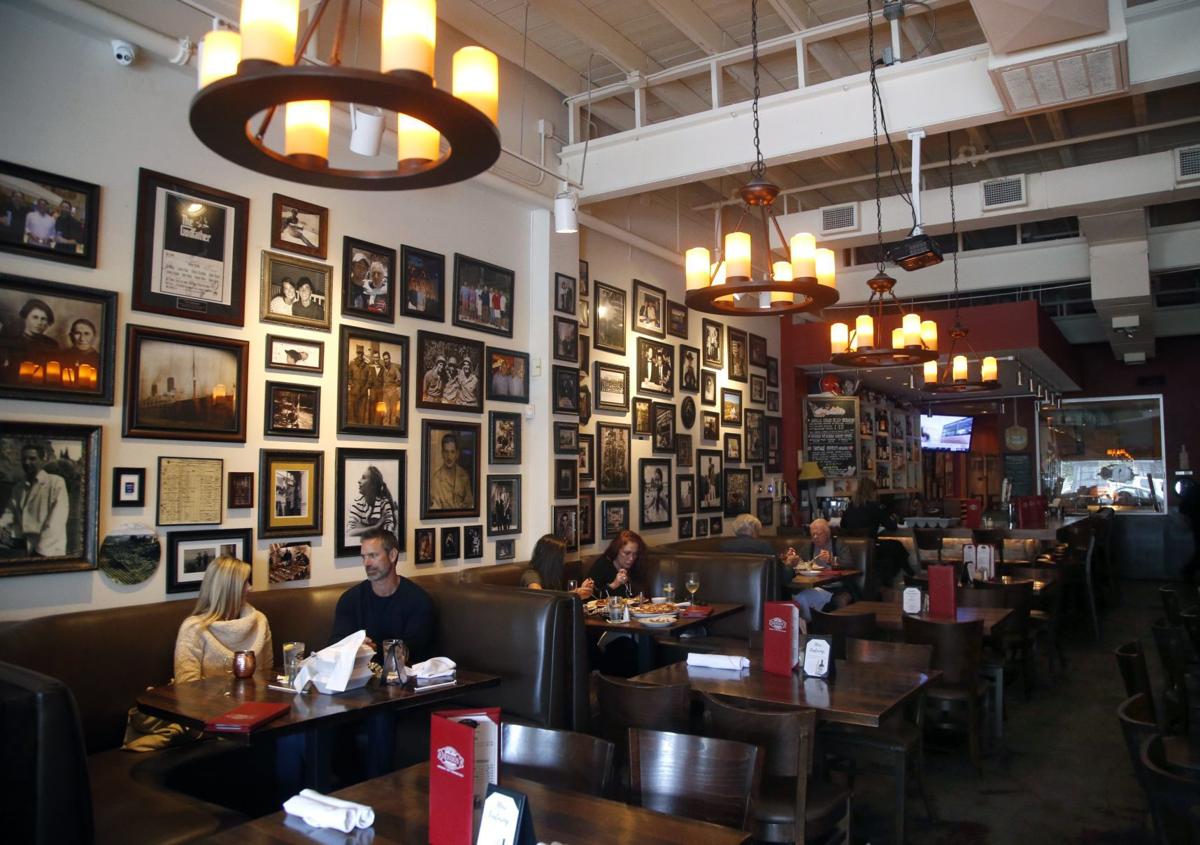 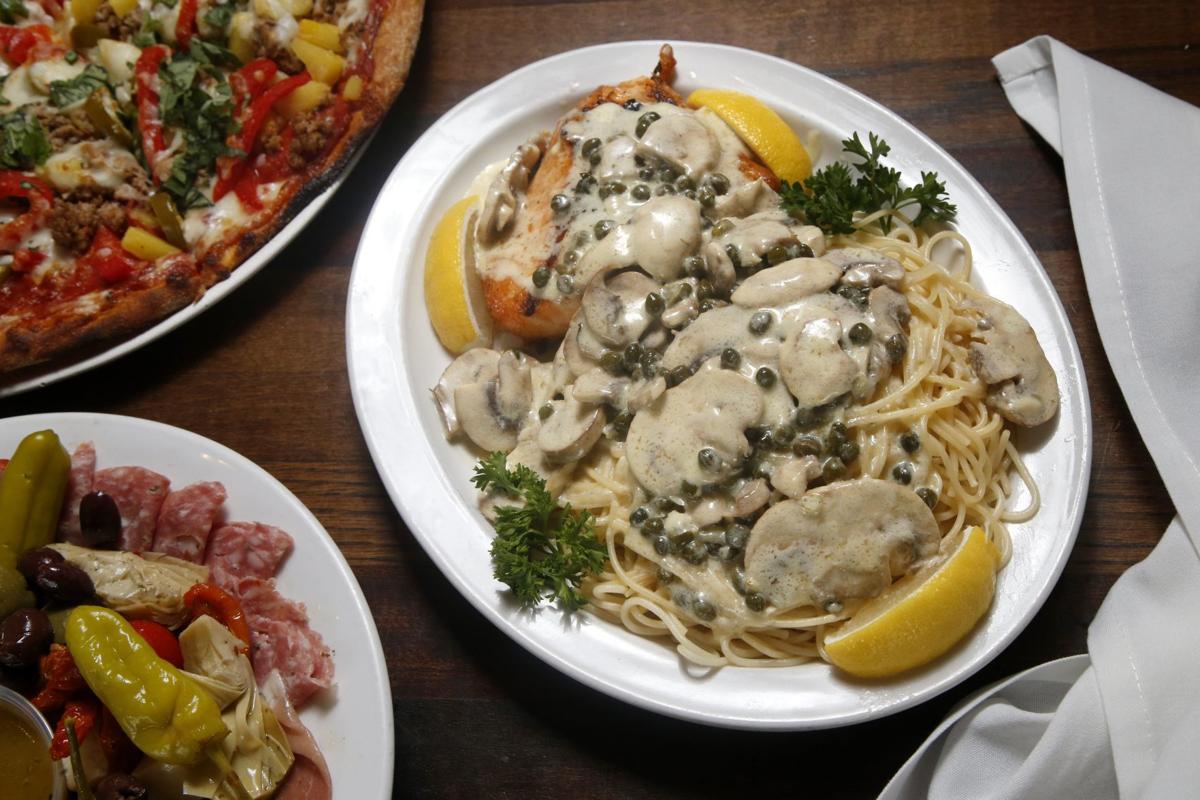 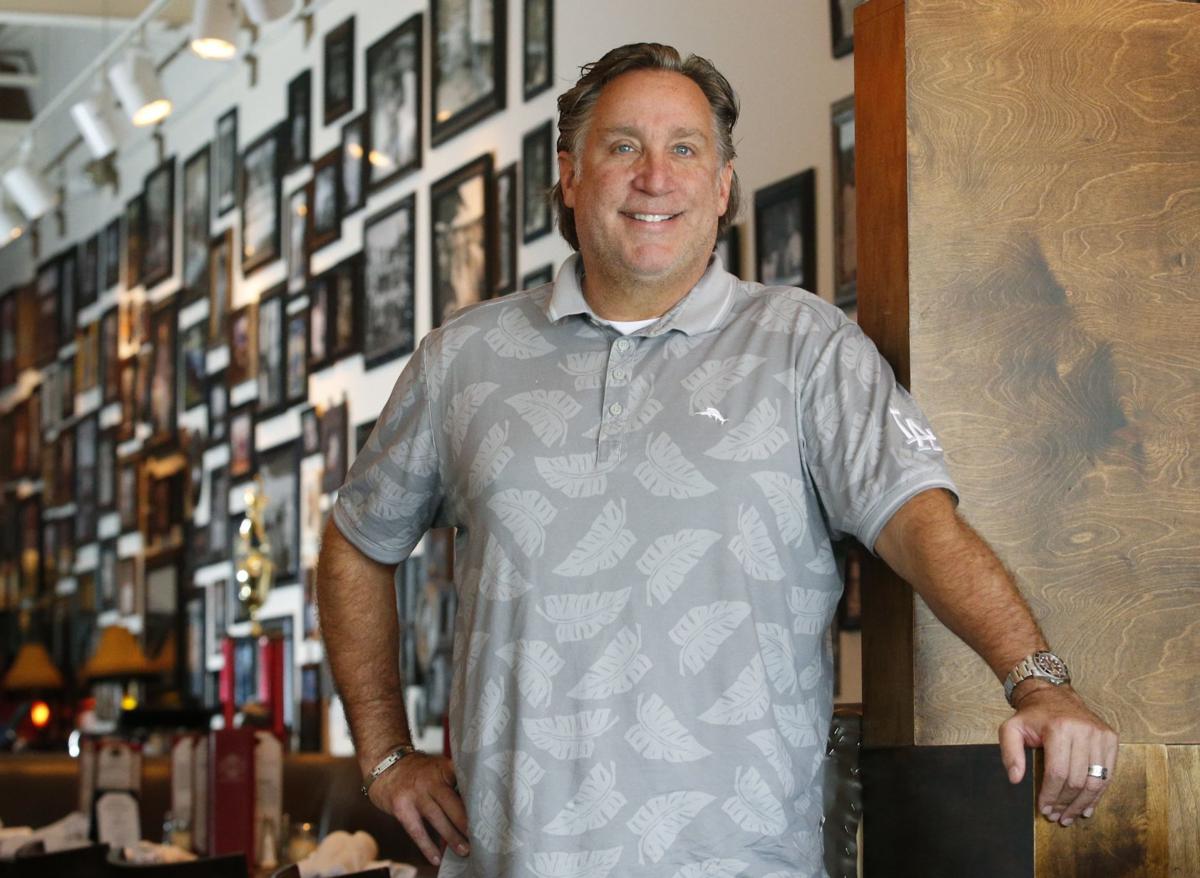 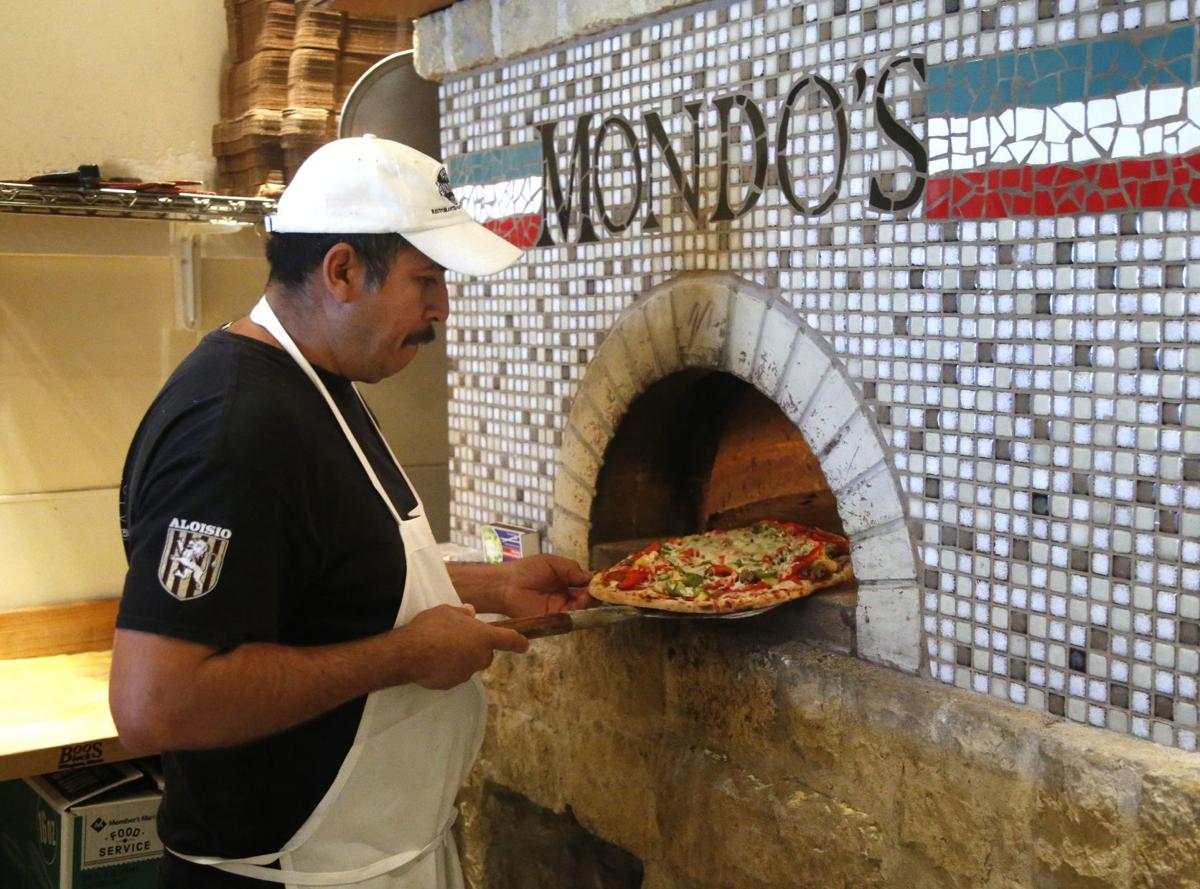 Calamari, lightly dusted in Italian seasonings and deep-fried, is among the appetizer choices at Mondo’s. MATT BARNARD/Tulsa World

“We have eight Aloisios in the restaurant, so there’s always at least one of us here,” Rob Aloisio said. “Often, several of us.”

“Cities Service Oil Co. brought him to Tulsa (from New York) in 1967,” Rob said. “He was a sales manager at Cities Service, and the reason he didn’t name the restaurant Aloisio’s is because if it was a flop, his name wouldn’t be attached to it. So, he used his middle name.

“He was, and still is, the salt of the Earth. He would work at Cities Service 9 to 5, come home, get a 30-minute nap, shower and run the restaurant until 11 at night. He did this until he retired from Cities Service in 1984.

“Today, Dad comes in to shake hands and kiss the babies and generally be Papa Lou. He’s still the man. He’s 86 and in great shape.”

Next in line are Louis’ sons, oldest to youngest, Michael, Rob and Christo.

“I run the day-to-day business, a lot of the behind-the-scenes stuff,” Rob said. “Mike and Chris run the night business, but we have some overlap in all of it.”

The next generation is represented by Michael’s son, Aaron, 28, who is on the waitstaff. Also on the waitstaff are two of Rob’s children, Shelby, 24, and Matt, 22; son Roman, 17, is a food runner.

We went by recently for an early dinner and were cutting it a little close to make a show, so instead of chancing a 25-minute wait for a table, we took two seats at the bar, where Connor was our bartender-server. He was friendly but not over the top, smooth and efficient.

While we surveyed the menu, we shared the bruschetta appetizer ($9.95). It featured a good-sized bowl of chopped roma tomatoes, garlic, basil, olive oil, Mediterranean sea salt and cracked black pepper surrounded by eight house-made crostini topped with a little shredded cheese. For traditionalists, this was spot on.

Tortellini alla pana is a go-to dish when I want to splurge on cream and butter and cheese and pasta, and Mondo’s doesn’t skimp on any of the good stuff. The circular tortellini pasta were stuffed with Italian cheeses and topped in a rich, creamy alfredo sauce with sautéed mushrooms, prosciutto and a few bright green sweet peas. I knew I was close to pasta heaven when I saw butter pooled at the bottom of the dish.

Shrimp limone included a mound of linguini topped with six to eight fresh-tasting sautéed shrimp, artichoke hearts, sautéed mushrooms and diced roma tomatoes in a lemon cream sauce. It had a mild lemony flavor that didn’t overpower the dish.

We didn’t have the ravioli ($14.95) this time. It is billed as a “house favorite,” and I think it was our favorite many years before we knew it had that distinction. We were introduced to it by a daughter who brought home ravioli leftovers following dinner dates in high school. I don’t think she held it against us too much, but the leftovers never made it through the night.

A serving of ravioli includes three large pillows — they call them colossal at Mondo’s — filled with a blend of spiced ricotta and Italian cheeses, covered with a meat sauce or marinara sauce.

Entrees also come with a choice of house salad with a tasty tart dressing or a bowl of minestrone or clam chowder. We chose the soups this time and loved them both. The minestrone had sliced carrots, tomato and bits of cauliflower, broccoli and artichoke in a slightly spicy broth, and the creamy clam chowder had enough clam meat to make its presence known.

I need to make it a point to order a pizza one day. Mondo’s inherited a wood-fired oven from the previous tenant, Gemma’s Woodfire Kitchen, and the pizzas I saw looked terrific.

If having all of those Aloisios running around the restaurant isn’t enough, just look up. Dozens of Aloisio family members going back many decades watch over the cozy, shotgun-style, 85-seat dining room.

“I dug out photos from boxes, trunks, closets, wherever I could, had them enlarged, had them framed and hung them myself,” Rob said.

Square spaces on two walls are kept empty so old black-and-white films, such as “The Little Rascals” television shows and Laurel and Hardy movies, can be shown at night.

Louis moved Mondo’s from the strip center on 61st Street to 5960 S. Lewis Ave. in London Square in 1990. It was sold in 1997 and closed about a year later. Rob would operate Abruzzi Italian Trattoria in KingsPointe Village around 2004-05 before getting out of the restaurant business.

“Our dad’s father immigrated from Abruzzi, Italy, and became a hotel chef in New York,” Rob said. “I think that probably had a big influence on Dad.”

Rob, a longtime Brookside resident, said he got an itch to revive Mondo’s in 2012.

“When I saw this space was available, I couldn’t sign the lease fast enough,” Rob said. “Dad thought I was crazy at first, but things have worked out well for the family.

“We have lines out the door every night. It was that way just on weekends at first, but now it is every night, and we see generations of families who still dine with us.”

Restaurant writer Scott Cherry went back through his reviews to come up with this list — his favorite restaurants in Tulsa. All have received …