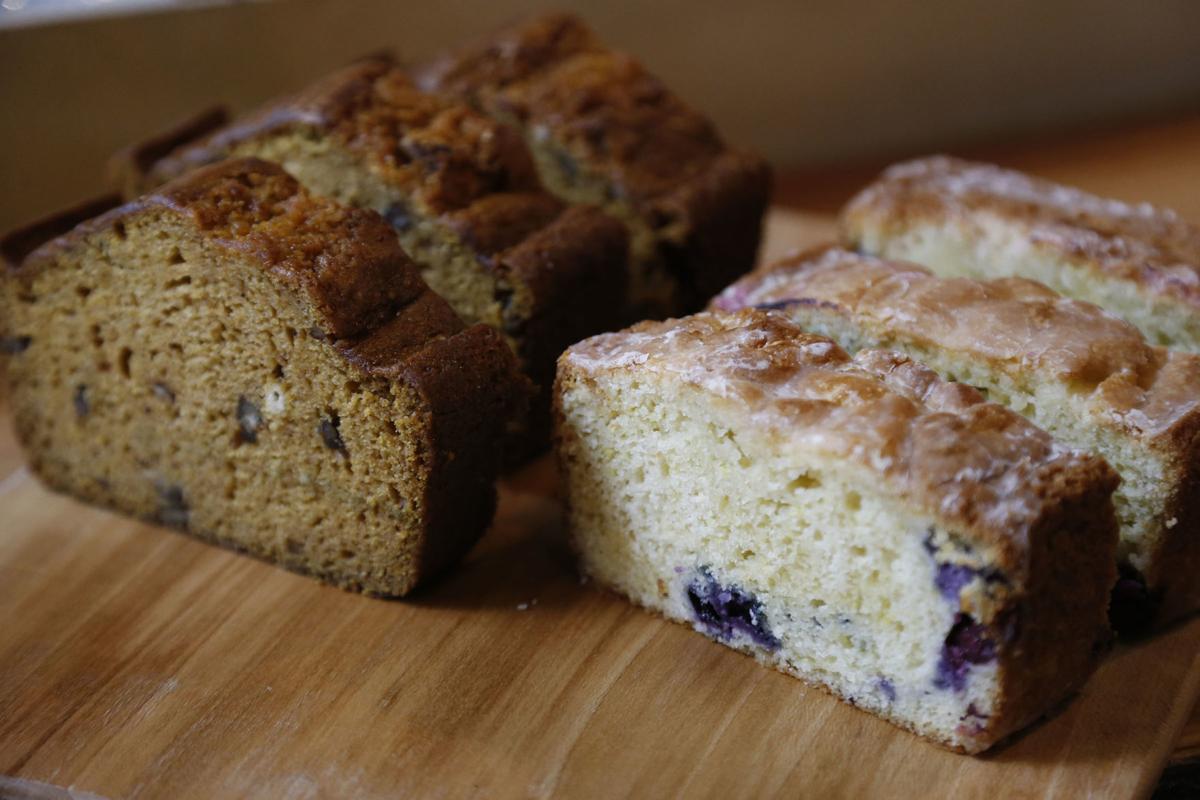 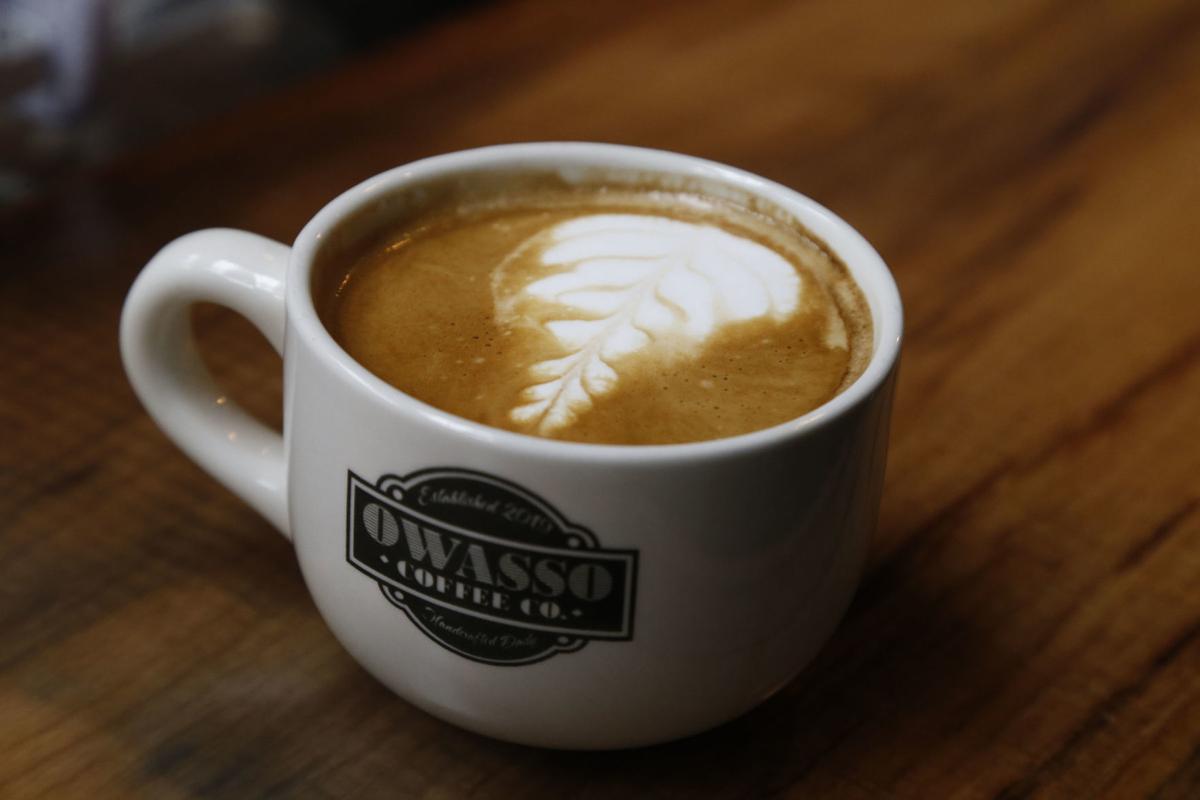 A latte is one of many coffee offerings at Owasso Coffee Co. in Owasso. STEPHEN PINGRY/Tulsa World 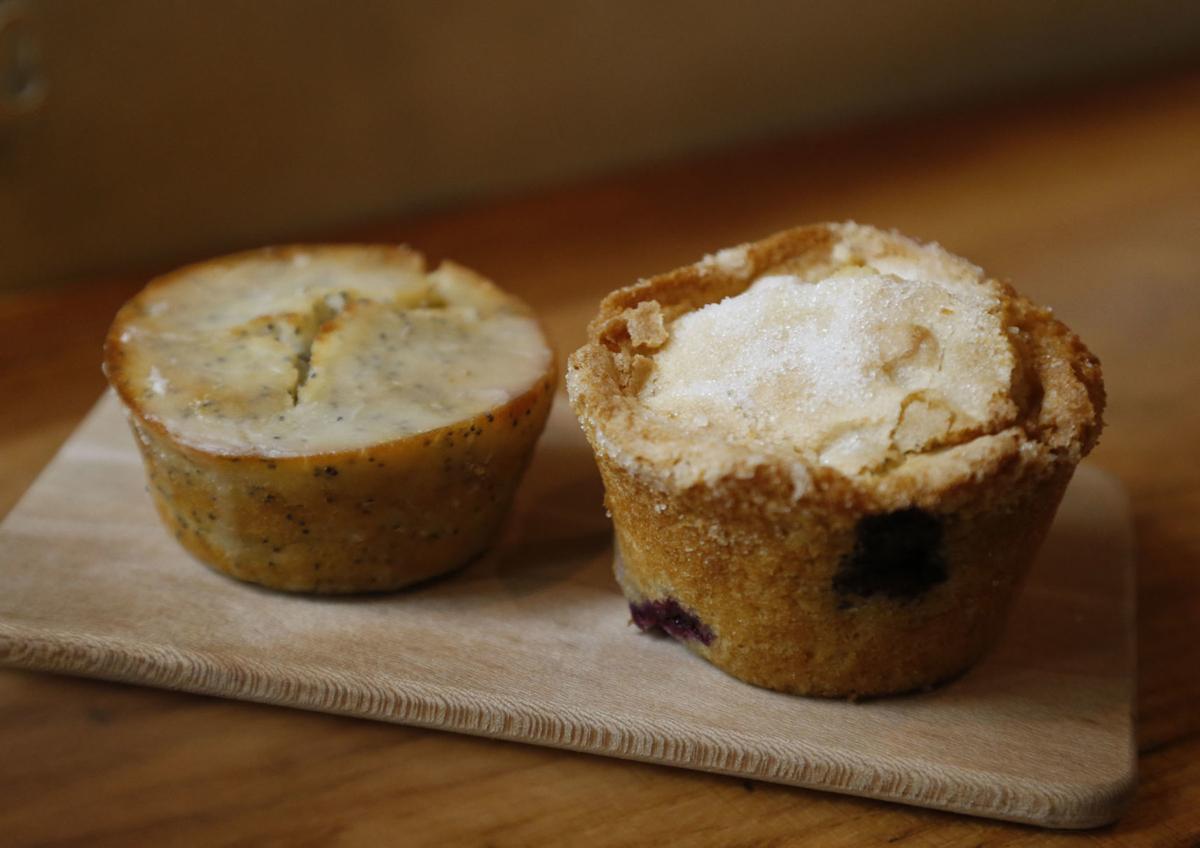 Muffins are among the pastry options at Owasso Coffee Co. STEPHEN PINGRY/Tulsa World 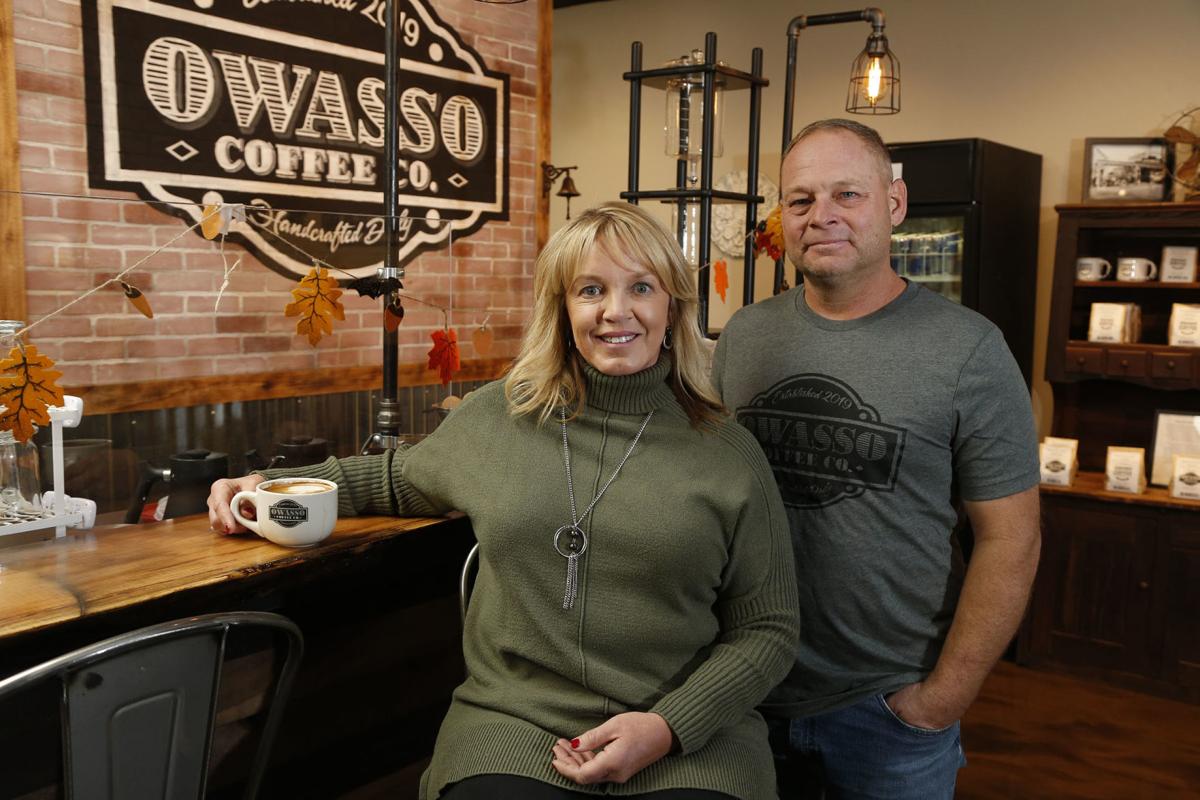 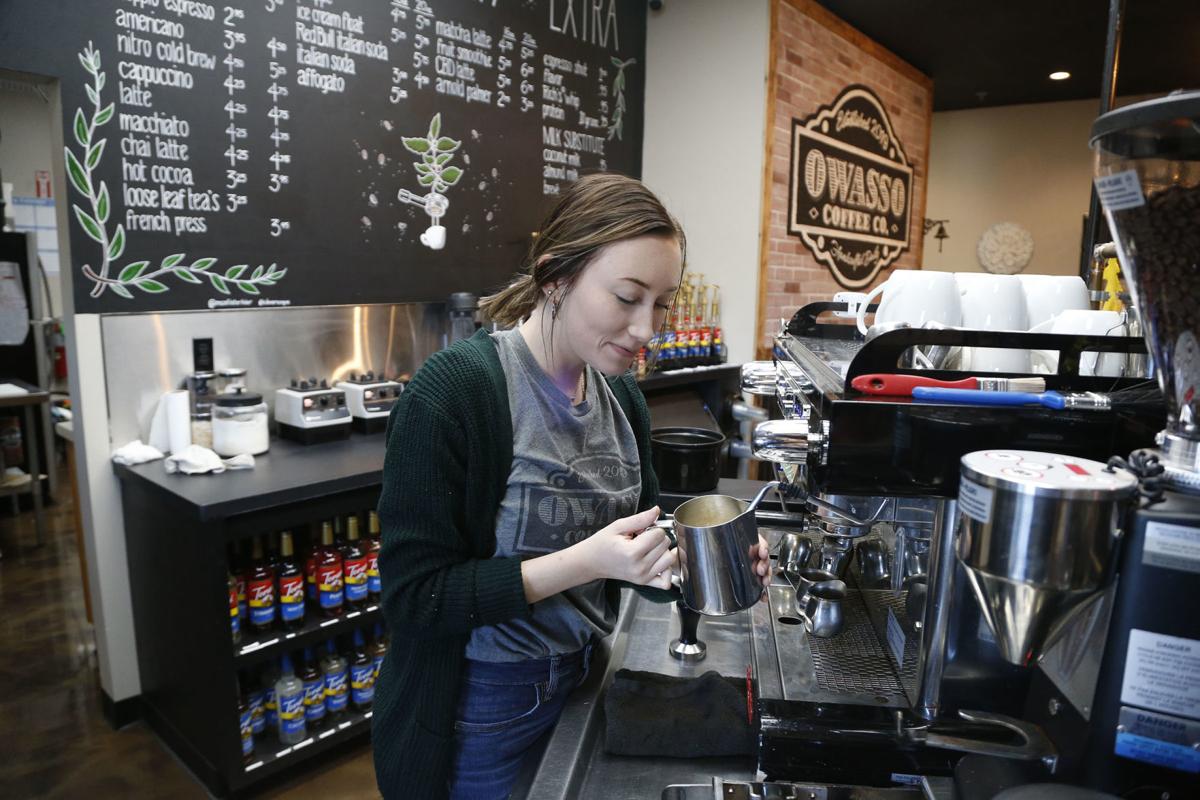 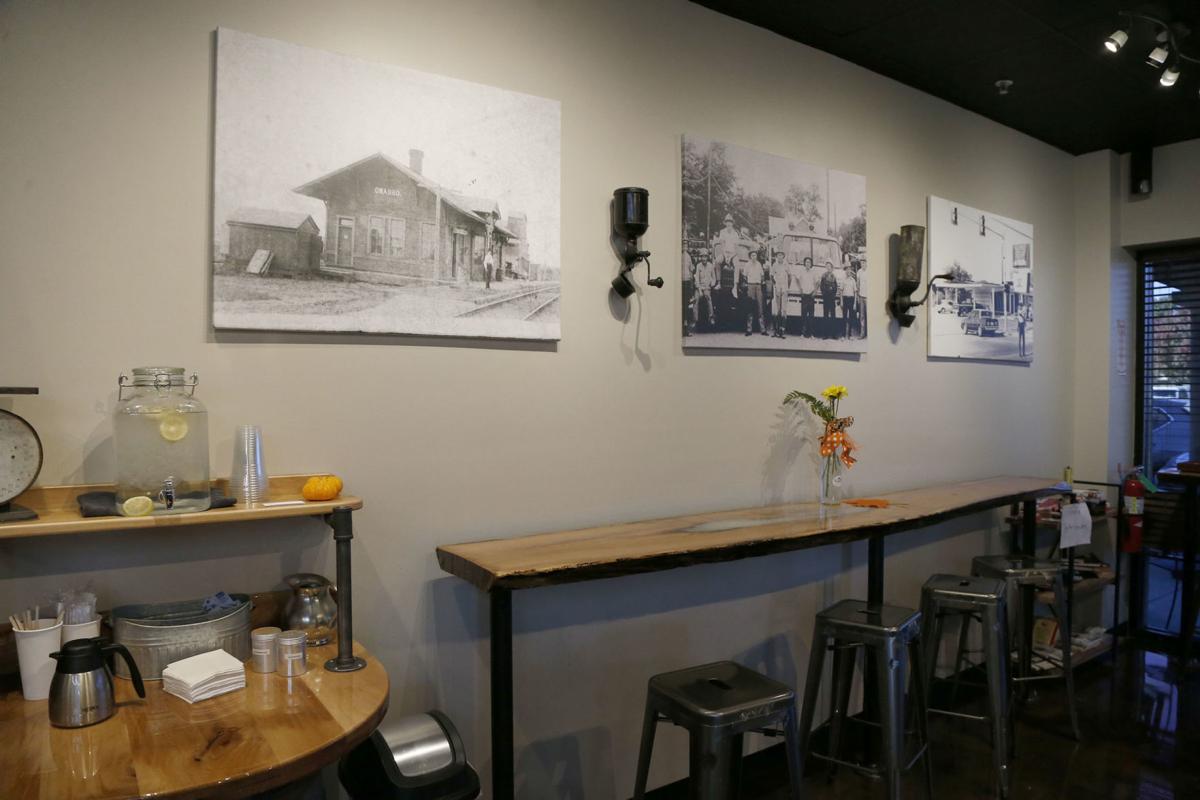 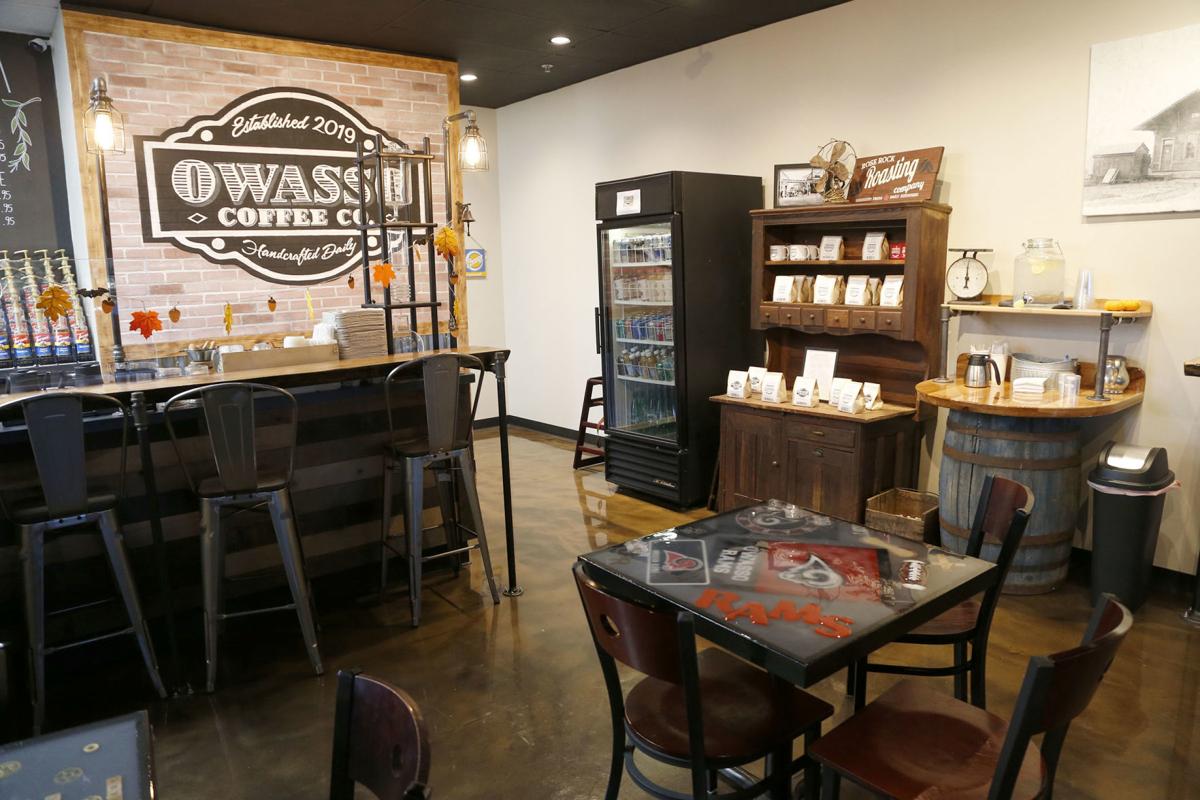 A self-serve station is anchored by an old wooden barrel, and shelves hold coffee from Rose Rock Coffee in Tahlequah. STEPHEN PINGRY/Tulsa World

A latte is one of many coffee offerings at Owasso Coffee Co. in Owasso. STEPHEN PINGRY/Tulsa World

Muffins are among the pastry options at Owasso Coffee Co. STEPHEN PINGRY/Tulsa World

A self-serve station is anchored by an old wooden barrel, and shelves hold coffee from Rose Rock Coffee in Tahlequah. STEPHEN PINGRY/Tulsa World

When a cleaners moved out of a building he owned, Ed Long took advantage of it to fulfill a longtime dream.

“I wanted a coffee shop for years,” he said. “After the cleaners moved out, I advertised the space for a while, then decided to pull the trigger on the coffee shop.”

“Java Dave’s was closing its retail shop at its headquarters on 15th Street in Tulsa, and I purchased the whole thing – equipment, furniture, all of it,” he said. “I also had materials left over from build-outs I’ve done over the years.”

It was about this time that Long’s wife,, Laura, a former special education teacher, stepped in to alter part of the plan.

“They were bringing over old cabinets with those ’80s golden doors,” she said. “I felt we needed to step it up a bit for our customers. Fortunately, most of that old stuff fell apart in the move. We had a decorator help design the room, and Ed did a lot of the work.”

On top of that, Ed Long was able to salvage a tree that had been removed to build one of the playground areas at Gathering Place.

“I had a mill cut thick slabs out of it for our counter tops,” he said.

We went by to grab a bite recently. We were hoping more savory items would be available, but the kitchen was out of quiche and sausage rolls. We settled on bagel sandwiches ($3.95 each) with layers of bacon, egg and Swiss cheese, and they hit the spot.

We learned that Sandy Vandegrift, a longtime friend of the Longs, does most of the baking. In addition to bread and muffins, other choices may include coffee cake, scones, cookies, brownies, energy bites and cinnamon rolls.

The cocoa had a strong chocolate flavor and was topped with whipped cream and a piece of chocolate. I personally never have been a fan of Red Bull, but this combination of raspberry and vanilla syrups, mineral water, a little milk and ice with a can of Red Bull was tart and refreshing.

Owasso Coffee Co. uses Java Dave’s for its flavored coffees, and for all other coffee drinks it uses custom-roasted coffees from Rose Rock Coffee in Tahlequah. Bags of Rose Rock coffee also are available for takeout.

Other beverages include smoothies, teas, floats, Italian sodas and various milks, such as coconut and almond.

The display cases also hold a number of chocolates from Glacier Bean to Bar, but Long said he is switching to Nouveau Chocolates out of Broken Arrow in the near future.

Tables are covered in such things as coins from around the world and Owasso-themed items, then topped with epoxy. The floors also have an epoxy shine. On one side of the room is an old wooden barrel that anchors a shelf for napkins and other self-serve items.

Walls are decorated with enlarged old black and white photos of Owasso scenes, such as Tastee Freez, Tire Barn and the first train station. Sherry McLaughlin of Art in Bloom dresses up the room a bit with fresh flowers each week.

Kenzie Rowden is the day-to-day manager.

“Our drive-through has been popular; a lot of people are in a hurry these days,” Ed Long said. “We post our specials on Facebook and also have started catering with pastries, breads and coffee.

“We opened at the start of the summer, which probably wasn’t the best time to open a coffee shop. But we did OK, and things have really picked up in the fall.”