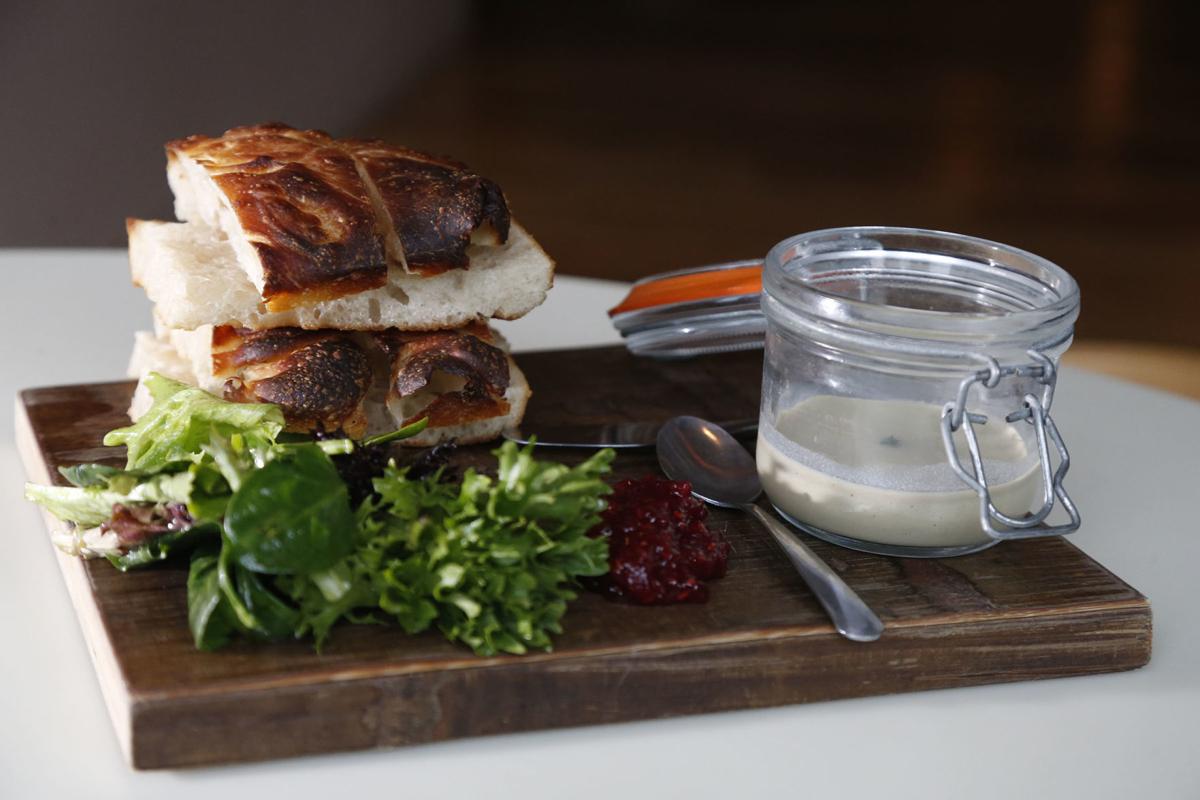 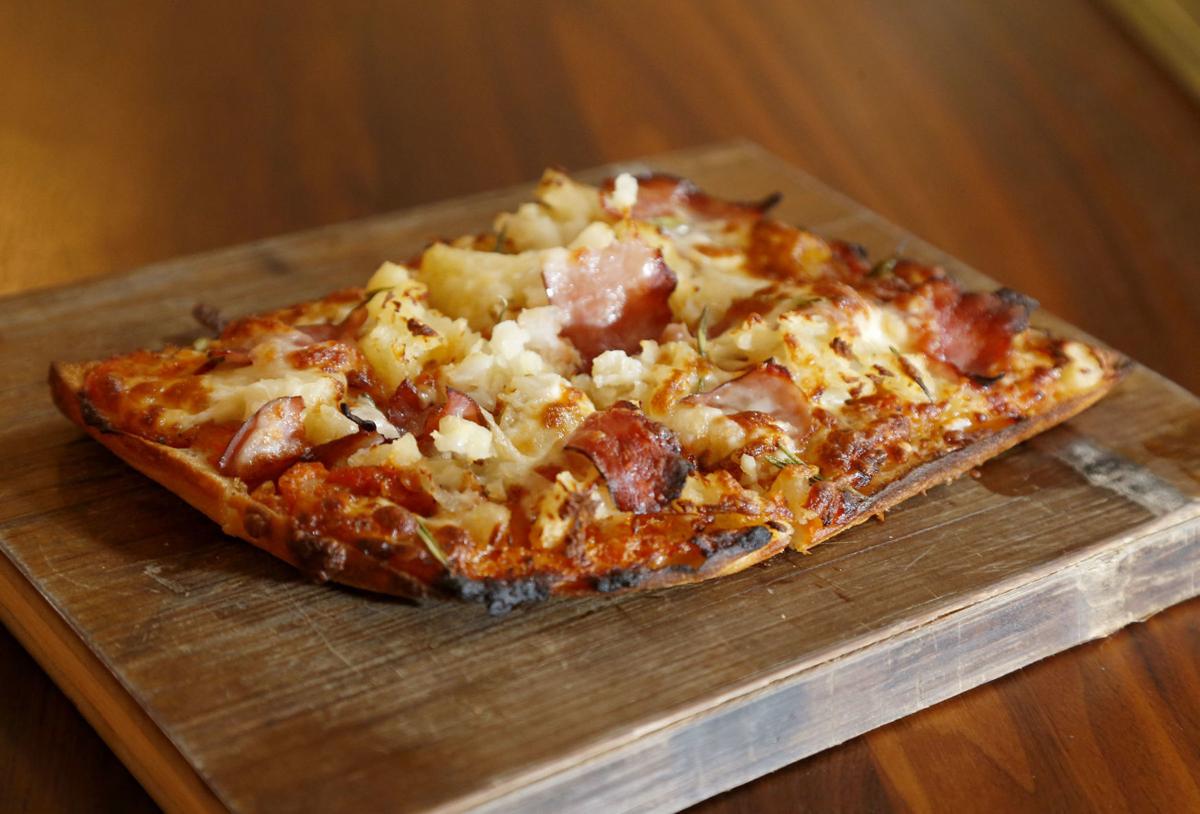 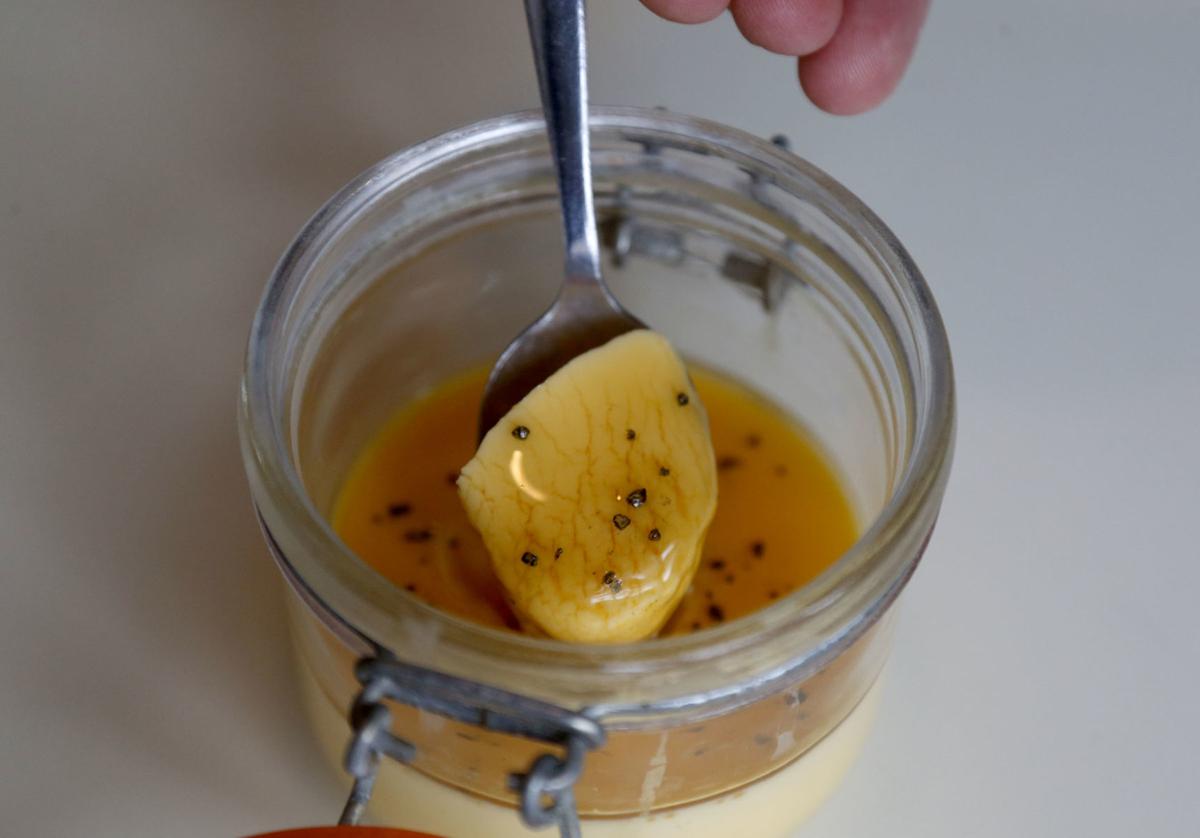 A spoonful of vanilla pot de creme with maple syrup and black sea salt at Vintage Wine Bar might be the best $5 dessert in town. STEPHEN PINGRY/Tulsa World 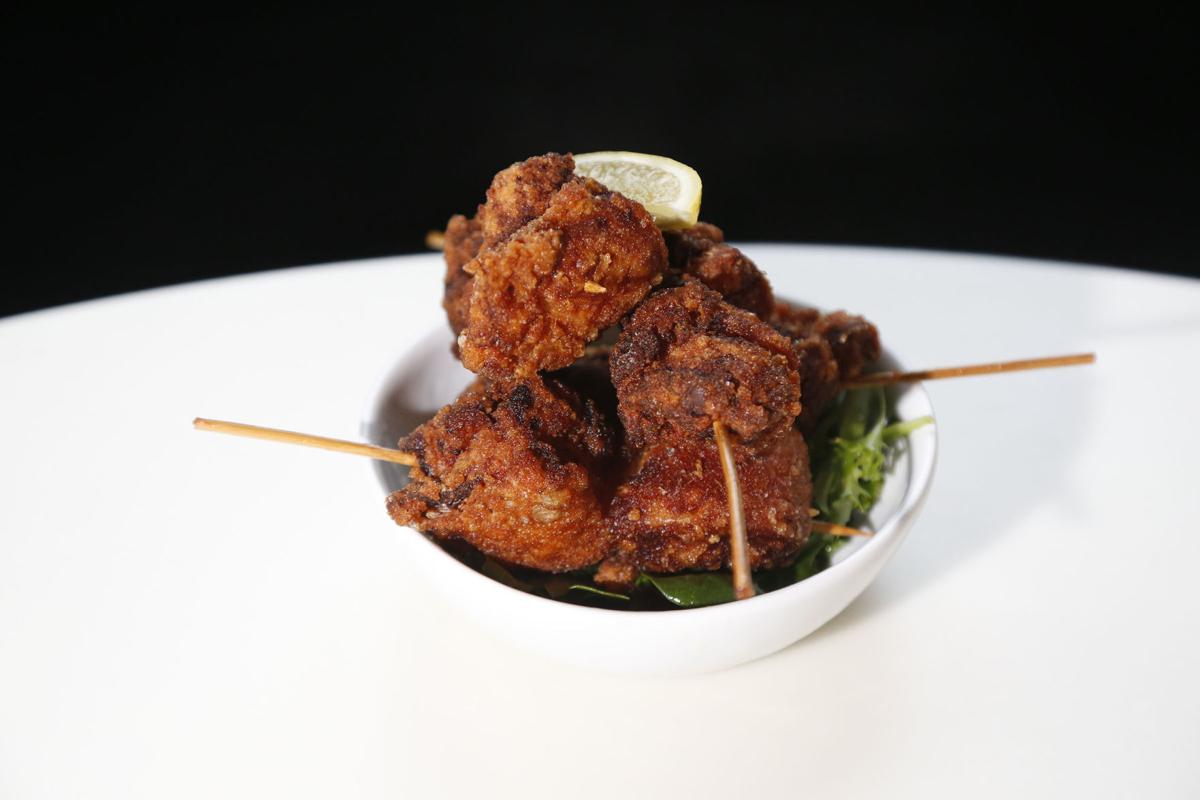 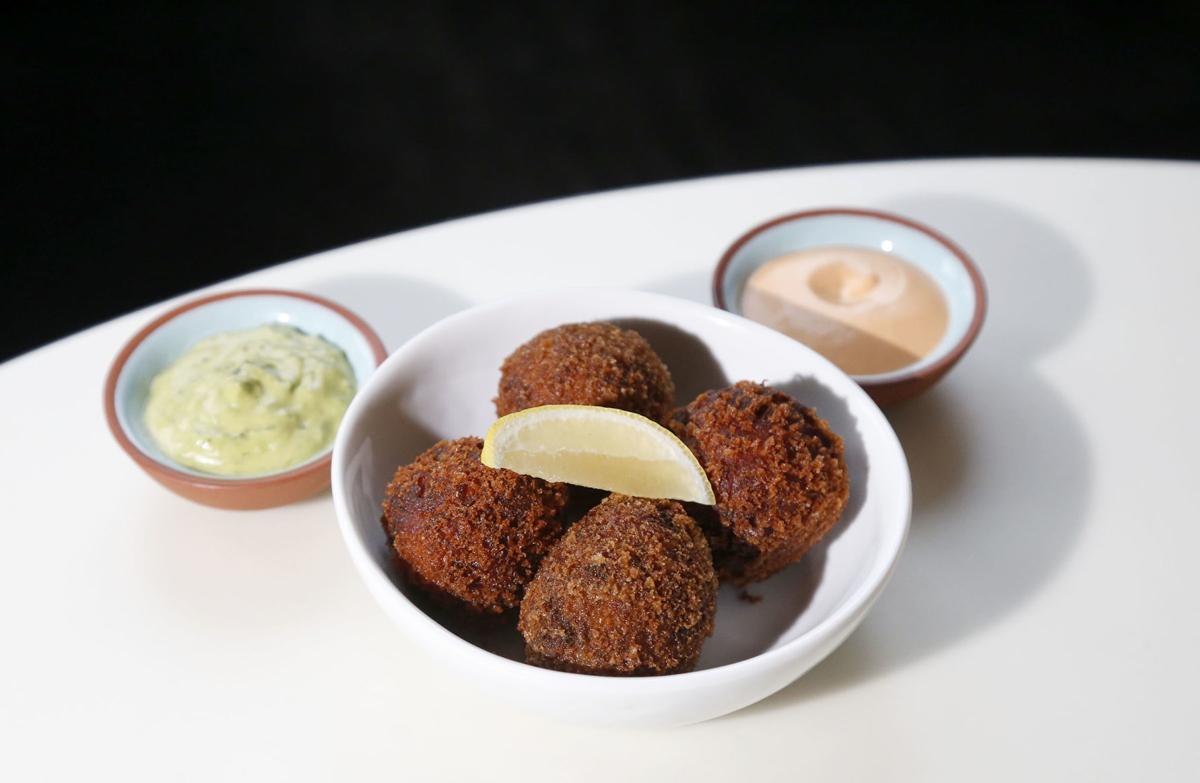 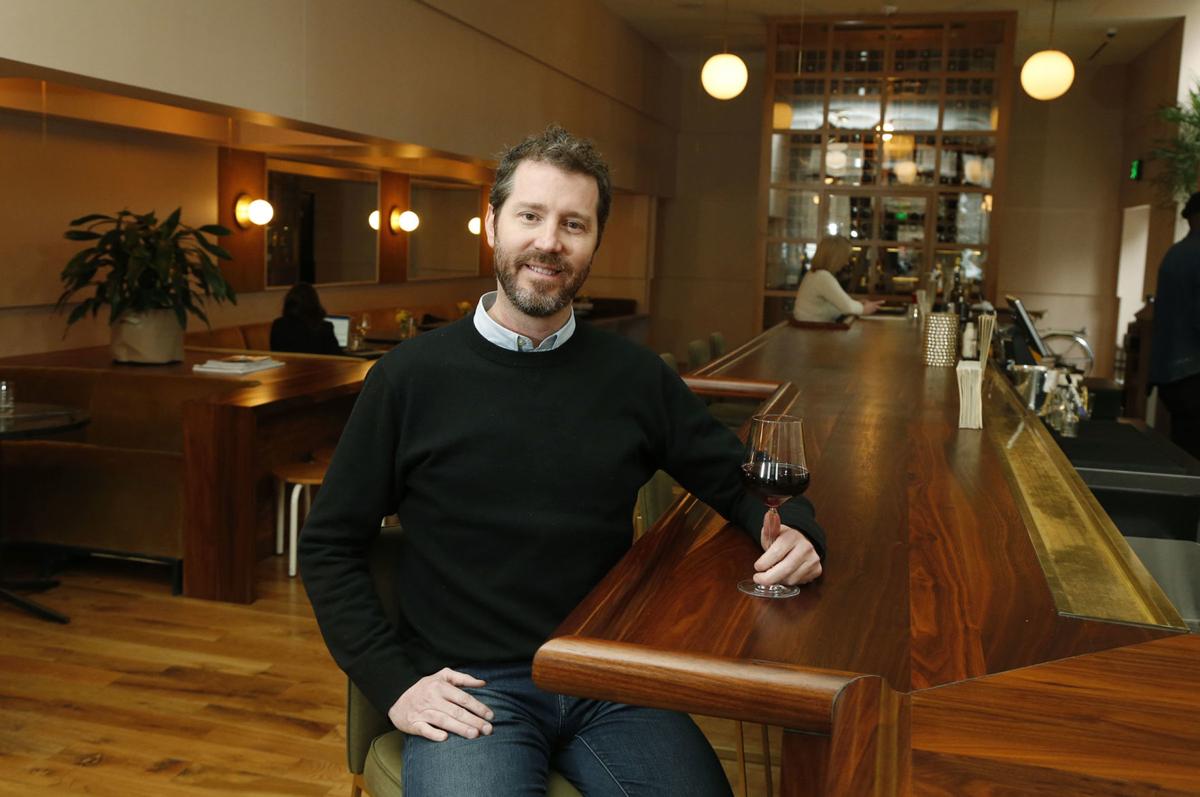 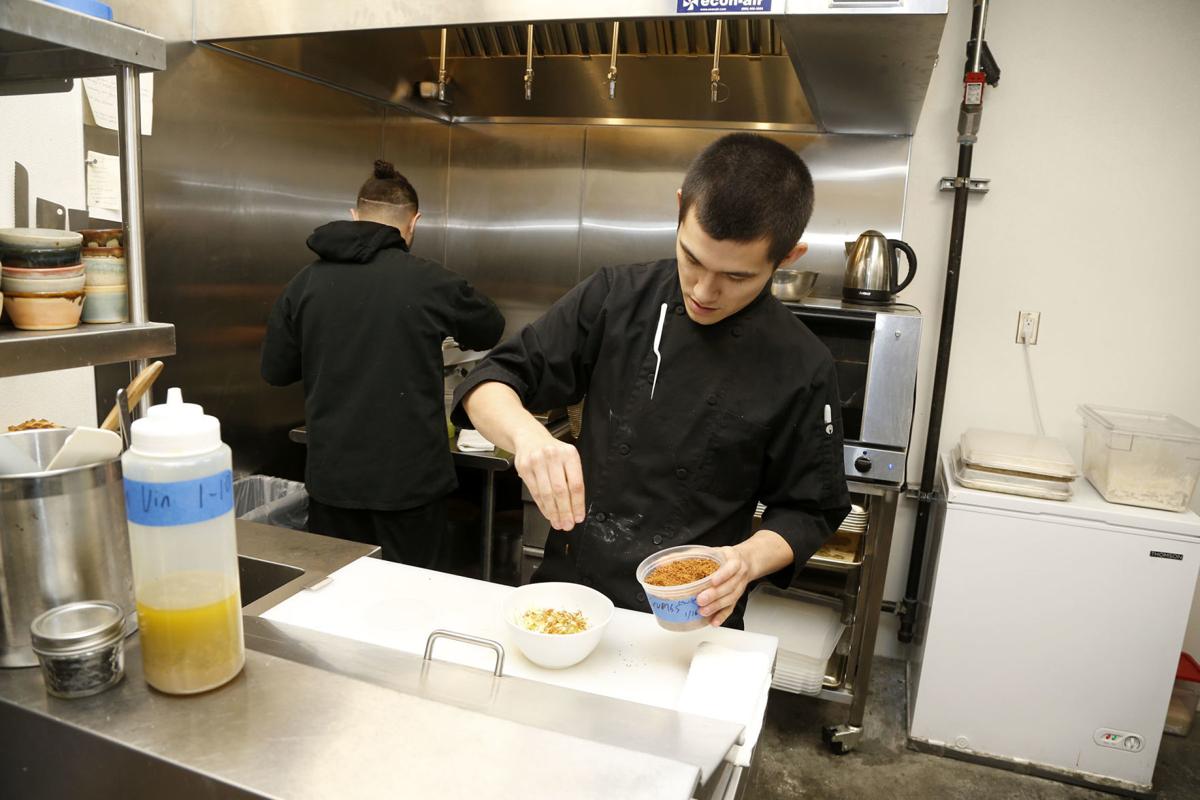 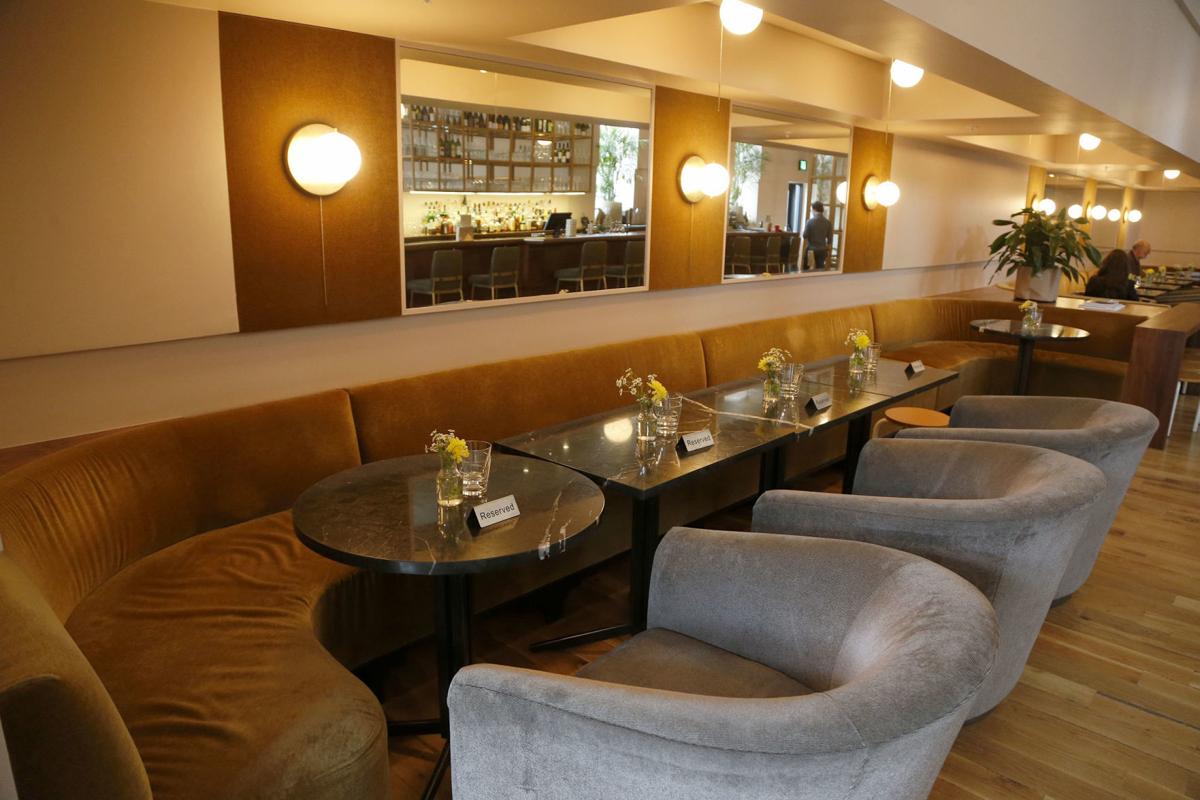 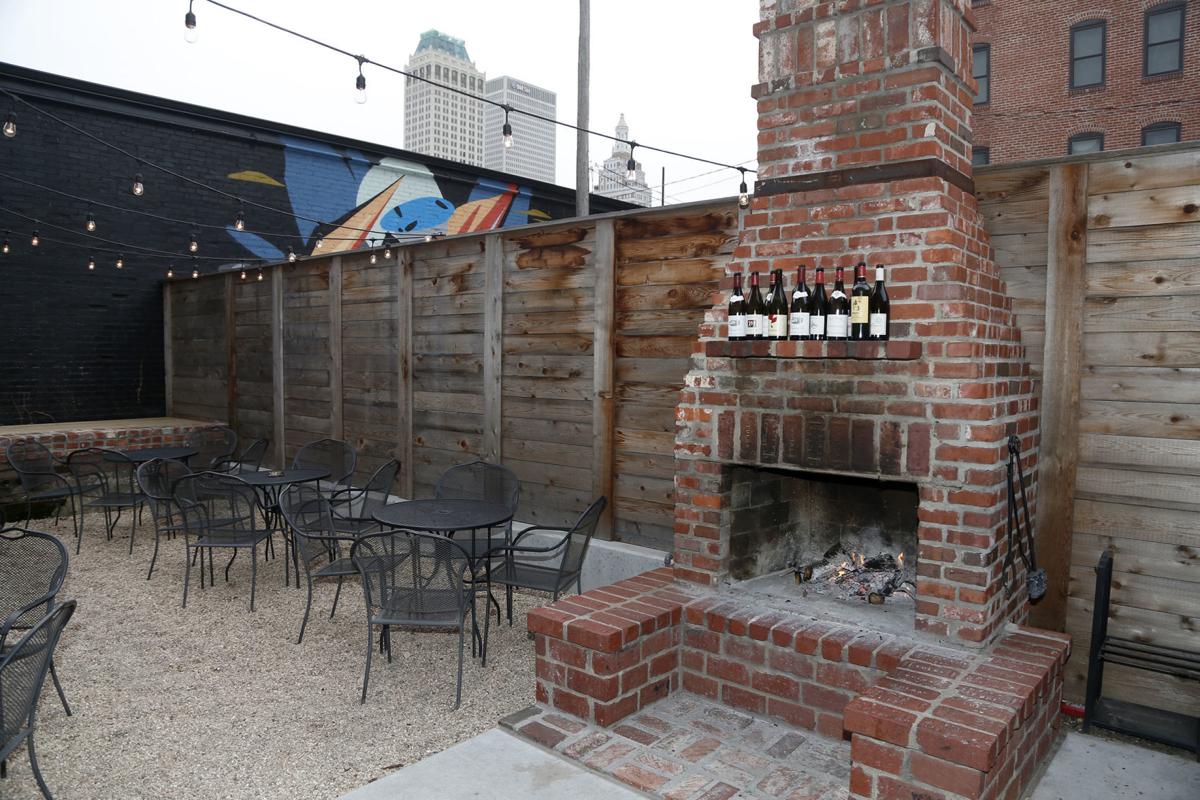 A fire in the fireplace on the patio at Vintage Wine Bar can help warm a chilly evening. STEPHEN PINGRY/Tulsa World

A spoonful of vanilla pot de creme with maple syrup and black sea salt at Vintage Wine Bar might be the best $5 dessert in town. STEPHEN PINGRY/Tulsa World

A fire in the fireplace on the patio at Vintage Wine Bar can help warm a chilly evening. STEPHEN PINGRY/Tulsa World

As a general rule, I give a little background on a restaurant being reviewed and move through the dinner pretty much as one would consume it — appetizer, soup, salad, entrée and dessert, depending on the number of courses.

With the new food menu at Vintage Wine Bar, let’s go with the rather morbid theory of eating one’s dessert first because one can’t be sure what happens next in life.

Let’s start with the pot de crème, for my money probably the best $5 dessert in town. And it is so stinking simple, it goes to show something doesn’t have to be complicated or take professional skills to be better than good.

At Vintage Wine Bar, a chef brought out our pots de crème — a three-ingredient vanilla custard served in a small, 4- to 6-ounce, hinged-lid jar — on a wooden board. The chef then poured some maple syrup over the custard and sprinkled a little black sea salt across the top. The tableside presentation didn’t hurt our impression.

The dish was going to be delicious no matter how we chose to eat it, but the idea was to take a dessert or demitasse spoon and slice through the cool custard, allowing some of the syrup to sink to the bottom. Then we tried to get a little syrup, salt and cool, silky custard in one bite, and the result was dreamy, as in I’m going to dream about this dish for some time.

It also is available with strawberry puree and a sprinkling of black pepper, though I don’t think I could betray my affection for the maple syrup.

Owner Matt Sanders moved 1740 Vintage Wine Bar from 17th Street and Boston Avenue to the Blue Dome District in July 2018, where he dropped 1740 from the name and installed a kitchen. He planned to have a food menu in place in short order.

“I had a difficult time finding a chef I was excited about,” Sanders said. “I don’t know how many I interviewed. I met Colin (Sato) at Oren, where he worked with Matt Amberg, who I think is the best chef in town. Colin started learning about wines, and I started learning about food, and we found we see eye to eye about what we wanted to do here.”

We made a full dinner of four items, for a total cost of $21, and took a little home. (We will turn a blind eye to the bar tab. The wine list and cocktails are terrific.) In addition to the pots de crème, we ordered the house tartine ($5), chicken liver mousse ($6), the latter at my wife’s insistence, and a chef’s daily special, steamed dumplings ($5).

Per usual, I’m glad I listened to my wife. The mousse was prepared with schmaltz (rendered chicken fat), thyme, lemon and reduced cognac and had a mellow flavor. It came in one of the hinged-lid jars on a wooden board surrounded by a small mound of dressed arugula (no forks, so we ate it with our hands), raspberry jam and thin-cut strips of house-made focaccia bread. Mix a little mousse and jam on a piece of bread, and you have a winner.

Tartine is a French word for open-faced sandwich, and on the surface, ours looked much like a personal pizza cut into four pieces. Toppings may vary. On the night we were there, Sato had topped toasted house bread with potato, ham and rosemary, and it was a filling and tasty combination.

The dumplings were a nod to Sato’s Japanese-American heritage. We received six chewy dumplings filled with pork and chives and mixed with a savory sauce that brought a touch of heat on the back of the tongue.

Sato, by the way, had been a high school math and computer science teacher (“Pretty nerdy stuff.”) before being attracted to a cooking career after reading “Salt, Fat, Acid, Heat: Mastering the Elements of Good Cooking.”

At our photo shoot, I also got a taste of the Japanese chicken skewers, featuring chunks of chicken cooked with sake, soy sauce, ginger and garlic; and croquettes, two with peas, mint, feta cheese and potato and two with smoked ham, aged cheddar and potato. I would order either of these, too.

Our server, James, who also bartends when not serving, and the bartender, Scottie, were friendly and professional.

The long, shotgun-style dining room and bar is modern with art deco touches, wood floors and a warm feel. Along one wall it has six-table and five-table banquettes with big, comfy easy chairs on one side. Tall green plants are stationed in tall windows.

A group of eight seated at two facing sofas near the front were celebrating a birthday, and a cute two-person table was set in a front-window niche. A back patio is popular in good weather.

It seems like a great date-night destination, but be warned: It can be rather loud when the dining room is full.

Sanders said the ideas for the menu stemmed from the fact Vintage Wine Bar features wines from all over the world.

“We don’t profess to be a restaurant,” Sanders said. “We are a wine bar with great food, and the quality and amount you get is a steal. We call it international bar food, and we hope people will say, ‘Wow, that’s a great value.’ ”

Restaurant writer Scott Cherry went back through his reviews to come up with this list — his favorite restaurants in Tulsa. All have received …